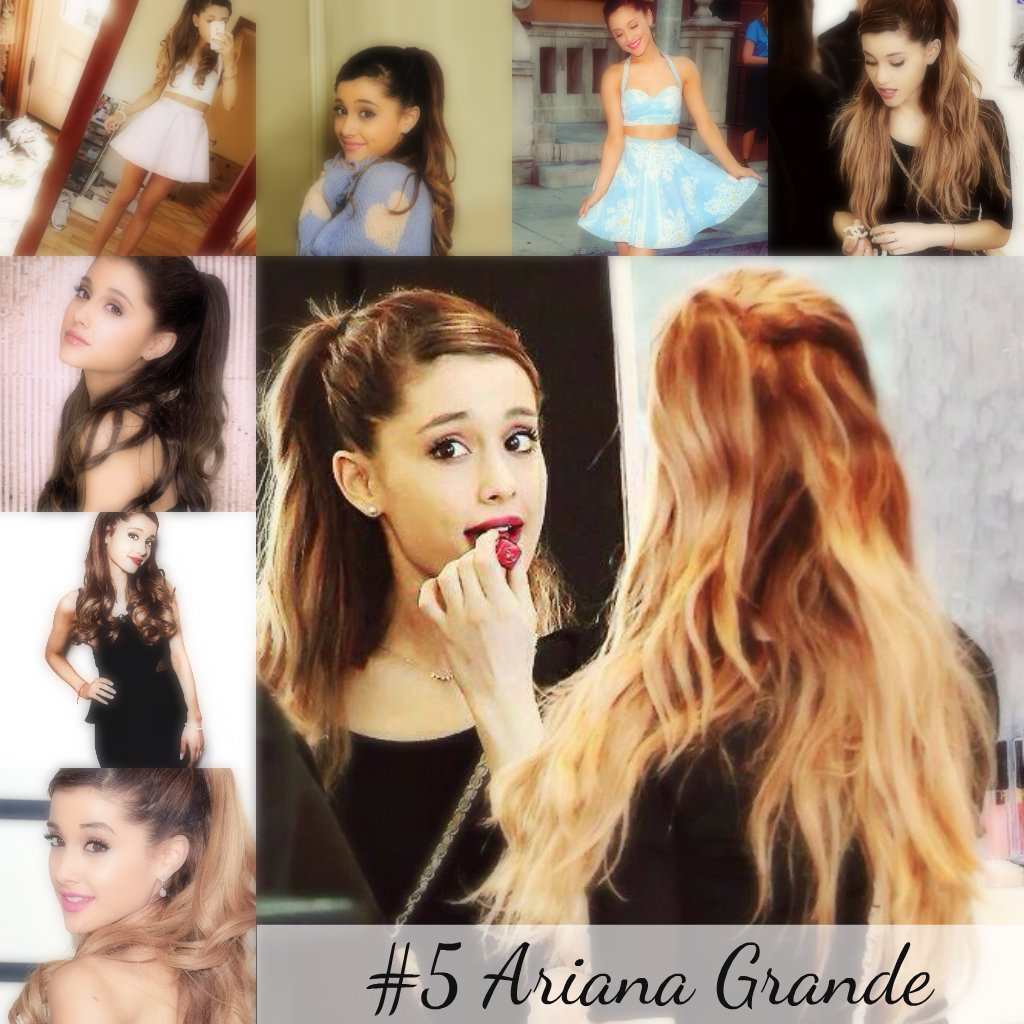 So for those of you who don’t know who this gorgeous girl is she’s an American singer and actress. She’s best known for being on Victorious which is a program on Nickelodon. She’s also known for her amazing voice and beautiful looks. Girls all around the world love her because she’s just like us even though she looks about 15 she’s actually 20 which gives us all hope right?! Ariana’s also loved hugely by her fans because she interacts with them an awful lot and always keeps us up to date on her life and is truly grateful for us helping her to get to where she is today.

Of course she’s a huge beauty idol among young girls because she always looks flawless no matter what she’s doing or where she’s going. She’s also comes across really humble and down to earth which is such a good thing because sometimes celebrity’s can come across as too obnoxious or rude.

“I had to bleach my hair and dye it red every other week for the first 4 years of playing Cat…as one would assume, that completely destroyed my hair. I now wear a wig on Sam & Cat. My real hair is back to brown and I wear extensions but I wear it in a pony tail because my actual hair is so broken that it looks absolutely ratchet and absurd when I let it down. I tried wigs, they looked RIDICULOUS. Tried a weave because I am working on a new project and want to try some different looks and literally wanted to rip my scalp off. So as annoying as it is for y’all to have to look at the same hair style all the time, it’s all that works for now (AND I’m comfortable for the first time in years)…and trust me, it’s even more difficult for me to have to wait forever for my natural hair to grow back and have to wear more fake hair than every drag queen on earth combined.”

I personally think that’s such a horrible thing to be put through that in secrecy when everyone thinks that it’s such a great thing to have gorgeous red hair like Ariana. When in reality she’s had to endure all that just for a part in a TV program what an amazing person she is to actually go through with that!! I guess the good thing is that her hair is beginning to repair itself now even though it might take a long time.

I think that everyone who hears Ariana sing will agree that her voice is one of a kind. She can sing such high notes that I’d never be able to reach and she’s so passionate about singing that you can hear it so strongly when she sings. I love listening to her voice especially when I’m in a bad mood or I’m sad because it cheers me up and makes me happy.

So there’s so many songs that I love to listen to and I thought that I would share them with you.

– Put Your Hearts Up

So they are my favorite songs from Ariana if you haven’t checked them out then go and check them out as each and every one of them is beautiful and unique.

Is being a celebrity all that for Ariana?

I guess being a celebrity comes with it’s perks for example free gifts from companies and having an amazing fan base. But there’s also a dark side especially for Ariana she’s often misread and people see her as being something she’s not. Which makes me sad because they’re just hating and she’s not like that and if she is that’s her business not the rest of the world!!

Well first of all I still think she’s going to be beautiful as ever and we should see a new album from her soon as she’s been busy in the studio recently!! I’m really looking forward to a new album as I loved Yours Truly and I listen to it quite a lot.