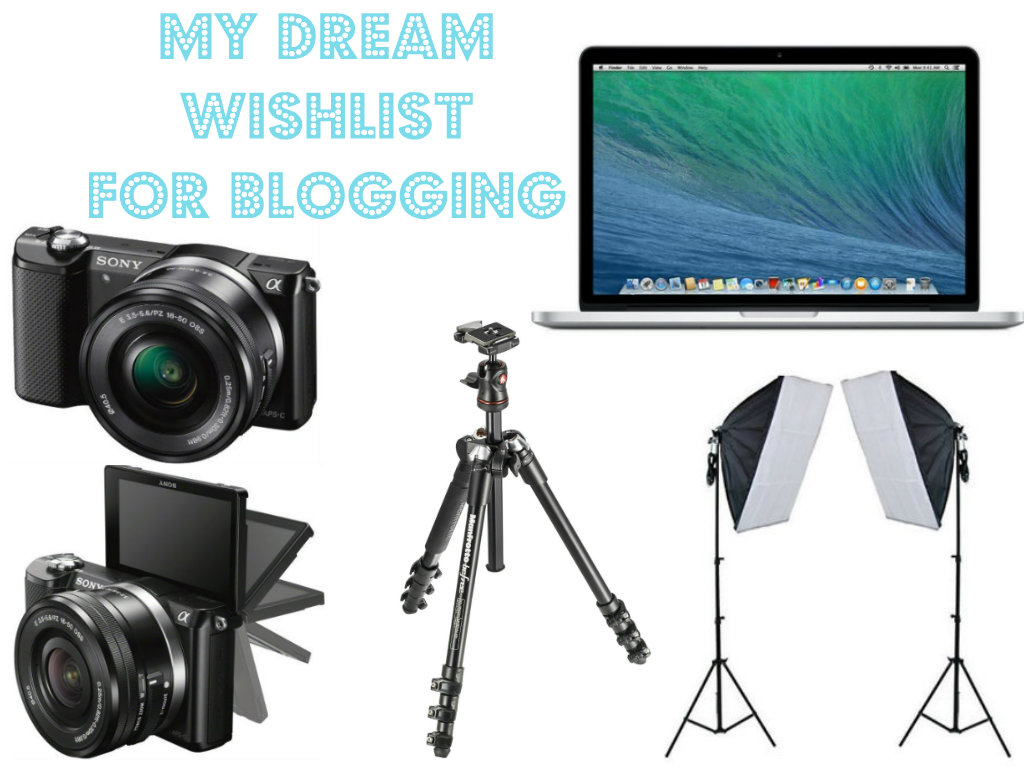 Hey guys happy Saturday today I’m going to be sharing with you a few items that I would really like to purchase during the future to enhance my photography/video skills. I thought that I would do this because it may give you guys some ideas as to what you could purchase yourself if you wanted to.

I realise that the pricing of these products are quite high unless you save up which is why it’s a “dream” wishlist. At the moment I am saving up for my car insurance however once that has been saved up I am going to start saving up to purchase some of these products myself.

First of all is this Apple MacBook Pro I mainly want to purchase this to be able to use the two main editing programs that are solely available on Apple laptops/computers. These are iMovie & Final Cut Pro at the moment I use iMovie on my iPad mini which is perfect for me at this moment in time as my YouTube journey has only just begun.

However as time goes on I want to be able to use the full version which will enable me to edit my videos so that they’re more exciting and creative for you guys. I’m hoping to purchase this next year when I go to New York over Christmas time as it will be a little bit cheaper than buying it here in the UK.

This tripod was recommended to me as I wanted one which would fit the Sony A5000 and would be easy to set up and transport. I think that this tripod would be perfect for me because it’s lightweight which means I can take it anywhere I want to without breaking my back. I also like it because it extends which means I can either make it smaller or bigger. This means that I can film from far away and take photos of myself without having to have someone there.

I will also be able to take much clearer photos as I can steady the camera by using this tripod and create some exciting videos for you guys such as lookbooks. It would make filming so much easier as at the moment I use a stack of books as a tripod (glamorous I know).

I’ve wanted to purchase this specific camera for a long time as it’s a great one to buy before you think about buying a camera such as a Canon EOS 60D or Nikon D5200. These are both professional cameras and cost quite a lot of money around £400 and above each. This Sony a5000 is a compact camera which means that it has all of the features of a professional camera but in a smaller version.

I really like this camera because it has features which are downloadable such as “Timelapse”. It also has a flip screen which is pretty useful for any youtuber as it’s easier for them to see if they’re in the frame or not. This camera also allows you to change the type of lens like you would on any DLSR or Bridge camera.

Last of all are these two Softbox Studio Lights which as any YouTuber would know would come in very handy as sometimes natural lighting can be a pain. I think that the price of these is pretty reasonable considering that it comes with two lights and not one. These were recommended by Victoria over at InTheFrow she uses them which she shared with her readers/viewers.

I’m quite lucky as I have brilliant lighting in my room which means I can film day or night without any problems. I would like to purchase these lights in case that I want to film in a different location and have lighting which isn’t so bright.