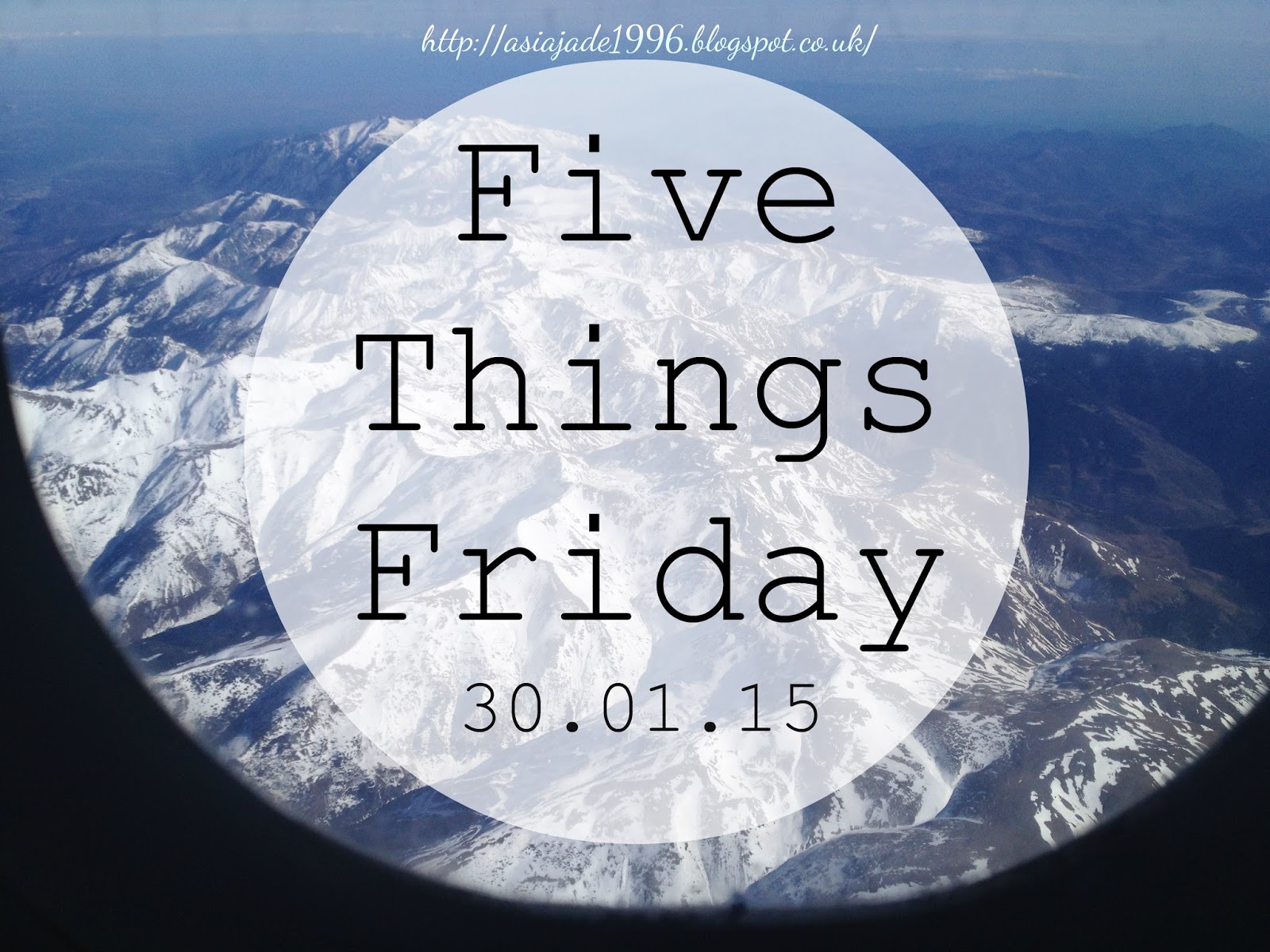 So I thought that I would start this series called Five things Friday now it’s not like I just made it up myself I’ve seen many bloggers do exactly the same post but on their blog. If you haven’t alreadyguessed what it is then I’ll let thecat out of the bagevery Friday I’m going to be looking back on my week and sharing with you guys fivegoodthings that happened that week. I think that it’s such alovelyway to keep a mini record of my life as you often forget thoselittle thingsthat happen on a daily basis.

First of all this week has been a week of discovering for me in the whole YouTube world. There have been a few new vloggers that I have found this week whom I have never watched before however I’m so glad that I have found them now. I can’t wait to start watching them everyday and to see them all grow and develop.

I got paid today which is a nice thing as you get rewarded for working hard but I was mostly happy about putting money back into my savings account. As I’m currently saving up for my car insurance so having money put back into the account was good. I took a lot out over Christmas to buy peoples presents so I’m finally nearly back at the same amount I had before Christmas presents took over haha.

I’d say three out of the five days this week have been sunny which is always nice and puts everyone in a good mood. It’s always nice when it’s sunny in London as that’s very rare during the winter months. I really love crisp days when it’s sunny but still chilly those are great days to take a long walk. I’ve been walking loads this week which has also been nice for me as it’s a great way to exercise but also to listen to music and just think.

I’ve been busy organising my room throughout this week which is always another way to clear your mind. I find that this is always more efficient when you do it late at night (I know I’m weird okay?). I love it when my room is organised as I personally think it looks better. I don’t mind it when there’s areas in my room where I’ve just chucked everything but after a while it’ll get on my nerves and start to annoy me so I have to sort it out.

This week has just been a really productive week as I’ve gotten so much done, planned lots of stuff and generally been super busy. Productivity always makes a person happy as it makes them feel like they’ve achieved something. I have done lots of school work this week which is always good as you don’t really want to leave anything until last minute (I always do…). I only have a few things left to do this weekend which is less than normal.