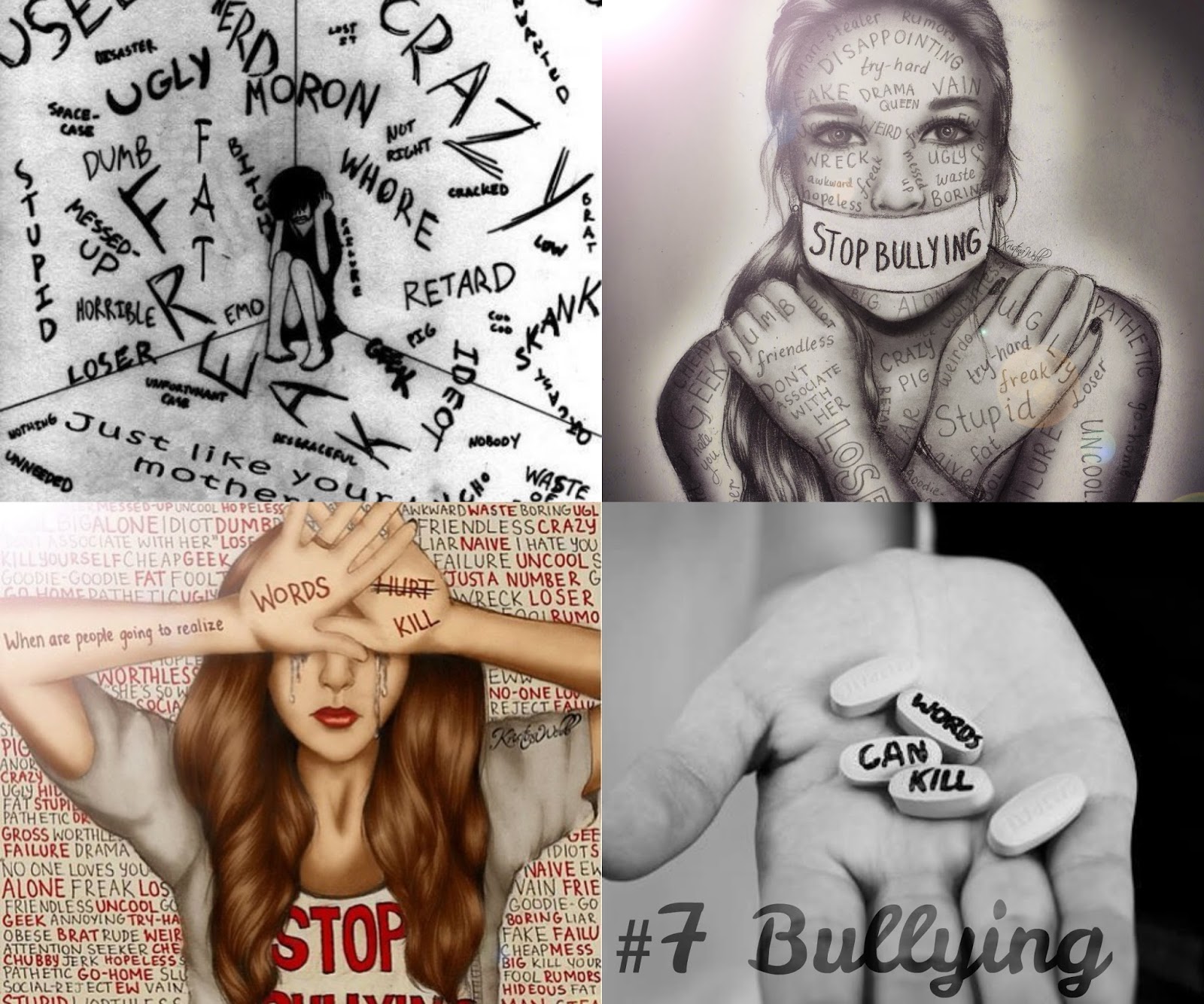 First of all sorry for not posting a TST in a while I tend to write these either every week or with huge gaps in between. Recently I’ve been so busy as exams are fast approaching as well as this I’ve had lots of coursework deadlines too. As I’ve said before I’m not promising posting these every week as I usually work on Sunday’s now so it depends what I’m doing the day before if I can get one up or not.

Bullying Definition
“Bullying is unwanted, aggressive behaviour among school aged children that involves a real or perceived power imbalance. The behavior is repeated, or has the potential to be repeated, over time. Both kids who are bullied and who bully others may have serious, lasting problems.” (source)

My Experience
I’ve always been the type of person who mixes with everyone in school no matter what group or person they are. I liked to change from group to group depending on how I was feeling. However this doesn’t mean that I was well liked. I got bullied in primary school. When I was in years 3-4 I went to a primary school in the country side where the students were mostly white. There were maybe ten other pupils within the whole school were of a different race including me.

Therefore I was the perfect target for a bully. These bullies in particular were a group of boys some of them in my year and some of them were in the year above. They thought it would be fun to call me names like “Chinky” along with that they would place their fingers by the corners of their eyes and drag them out to make it seem like they can’t see (giving the look of a “Chinese” person in their eyes). It made me really upset and I remember going home to my mum crying.

My mum was having non of it and went straight up to the school the next day to sort it out. Eventually the boys apologised after the school had told my mum they had a strict no bullying policy. I guess I just shook it off because that’s the type of person I am. However I would be lying if I said that it didn’t upset me or hurt me.

I know my story’s not as horrible or awful as some others but it still hurt not matter how little or big something is it is still bullying. If someone directs something directly at you and they keep doing it that’s bullying whether it’s verbally or physically.

Are you a bully?
I am in no way suggesting that you are but have you ever thought that you may have crossed the line a little too far? Could you be considered a bully? I mean we all get angry at times and sometimes when we’re angry we do things that we don’t even know we’re doing. Do you have that one person who you call silly names or make fun of but you call it “banter”? Is it really banter or is it bullying? Have your friends ever looked down upon you for calling someone something? If you turned into a bully would your friends ever tell you?

Am I a bully?
No I can honestly say I am not. I’ve never been one to shout abusive words or pick on someone. However I do get angry when I’m arguing with someone but that’s usually a one off. Sometimes I see myself crossing the line because we do I mean we’re only human. However if I do ever see myself ever treating someone badly I either take it upon myself to apologise to that person or take steps in order to make sure that I never do it again.

My Thoughts On Bullying
Bullying is not a nice thing full stop however nowadays there are many ways a person can be bullied these can be physically, face to face or online. I have to admit the best part of YouTube is reading the comments on videos however nowadays I’d say about 30% of the comments are rude, aggressive and sometimes even bullying.

I’ve seen many horrible comments such as “You are ugly”, “You can’t sing why are you on YouTube?!” & “You’re fat”. I am not making these up when I see articles on Twitter, the Metro or the Daily Mail suggesting that young people are sending various people on twitter or through the mail death threats.

It gives me chills I mean why on earth would someone do that? I’m sure they definitely weren’t brought up like that I don’t know whether it’s because it’s seen as something powerful to do or just because they have nothing else to do. Everyone has the power to be something they’re not behind a computer screen.

Cyber Bullying
If you asked young people who are bullied nowadays where they get bullied I’d probably say around 90% would say online. Many bullies have taken it upon themselves to target these individuals through social media, emails or instant messaging. I have watched documentaries where young people have driven themselves to suicide because it has gotten so bad.

In many ways I am thankful that I was never targeted like this as the internet wasn’t that big then. I think that cyber bullying in many ways is much worse than normal face to face. Individuals nowadays are less confident in person than they are behind a screen. Which is why some of the messages sent are so vicious and hurtful.

What you can do to stop bullying
There are many ways that you can prevent someone being bullied.
– If you see someone who isn’t in a particular group at school then why not make friends with them (you never know they could become a really good friend of yours).

– If you see someone being bullied then intervene (Obviously within reason but would you stand and watch someone being verbally or physically abused?)

– If you know someone may or is being bullied tell someone before it’s too late (You may get called a grass or a snitch but it’s worth it if you save their life right?)

Bullying in the future
Unfortunately bullying won’t stop there will always be a minority of people who can’t help it but inflict pain and suffering among others. That’s just life there’s always good with the bad. However we can make sure that there are people to talk to or places to go which people who have been bullied can use. Also you could always make sure that people know they can come to you just to talk if they are being bullied or know someone who is. Sometimes it’s better to talk to someone who you don’t know very well as they can just listen.

I hope this topic gave you a little insight to bullying and the effect it has on people. I did  not  mean to offend anyone in anyway possible this blog post was written with a thoughtful mind. I hope that you learnt something new and share it with others.