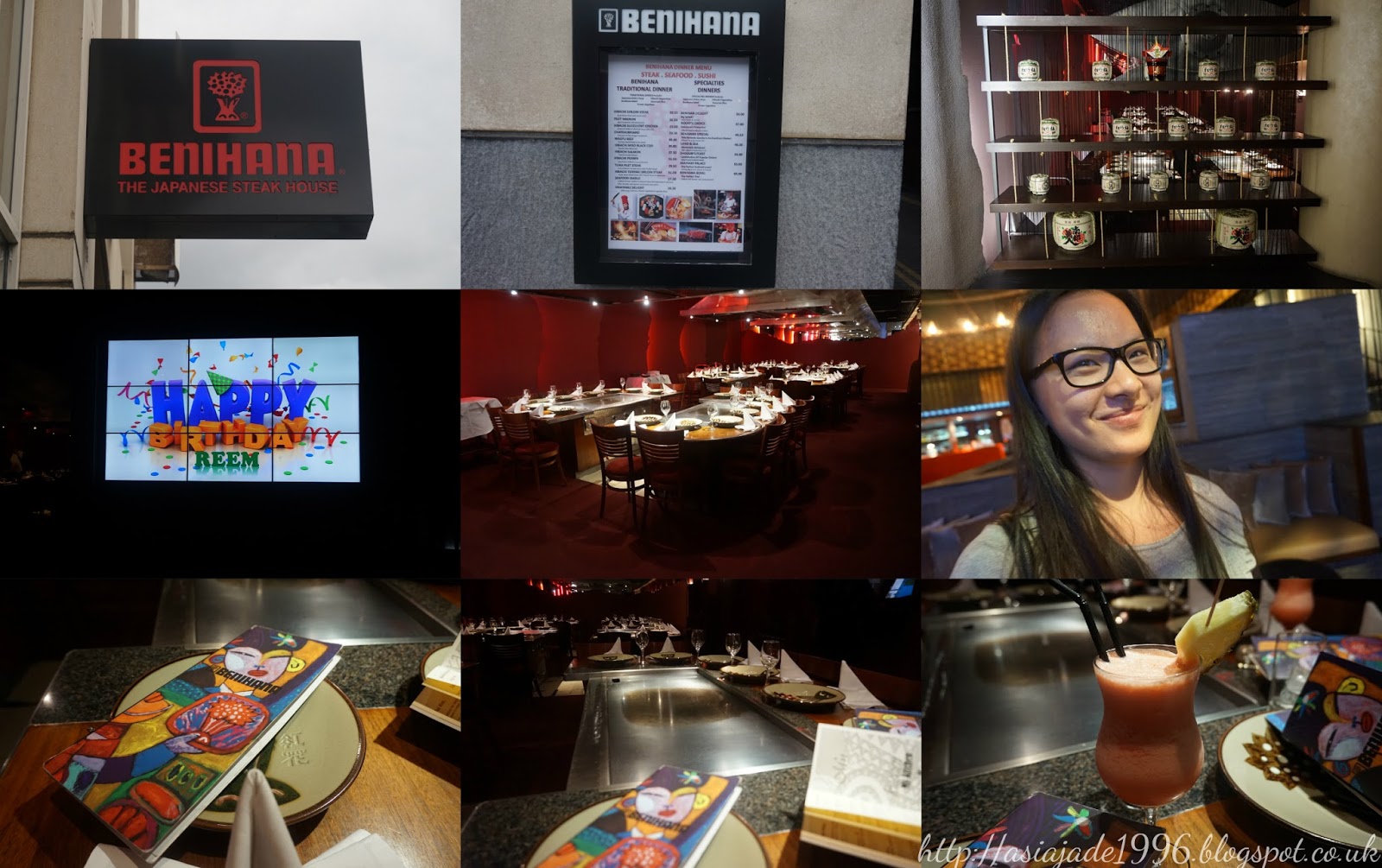 On Monday I went to the Benihana restaurant in Chelsea, London for a pre-birthday thing for my best friend. I have to admit I’ve been to a teppanyaki restaurant before but it was on a boat instead of on land!! I really enjoyed it the first time and the second time was no different for me. If you don’t know what teppanyaki is it’s a Japanese style of cooking where the chefs cook food right in front of you on a big grill. Benihana are a Japanese steakhouse and sushi restaurant based in the UK however the chain originates from America.

Before the birthday girl arrived I asked one of the members of staff if they could add her name on the screen as it was her birthday soon. They did this without any problems even though we didn’t ask when we rang up. They also offered to sing to her when she received her pudding which I said yes to as I thought it would be a nice edition to the meal.

Once she arrived we headed over to the restaurant part where each “table” had their own grill where a chef would come to prepare your food right in front of you. Each table had around eight place settings so that meant that we were joined by other people. This can sometimes be awkward as we are not used to sitting with others. However it’s also a great experience as you can meet new people. They also had bigger tables for families on the other side of the restaurant.

To begin the evening we all decided to get a mock-tail (non-alcoholic). I got the Strawberry Kiss which had orange juice, fresh strawberry and strawberry syrup inside of it. It was really yummy and I’m so glad that I went for that one the only downside I would say is that it’s really sugary so I couldn’t drink it all at once. 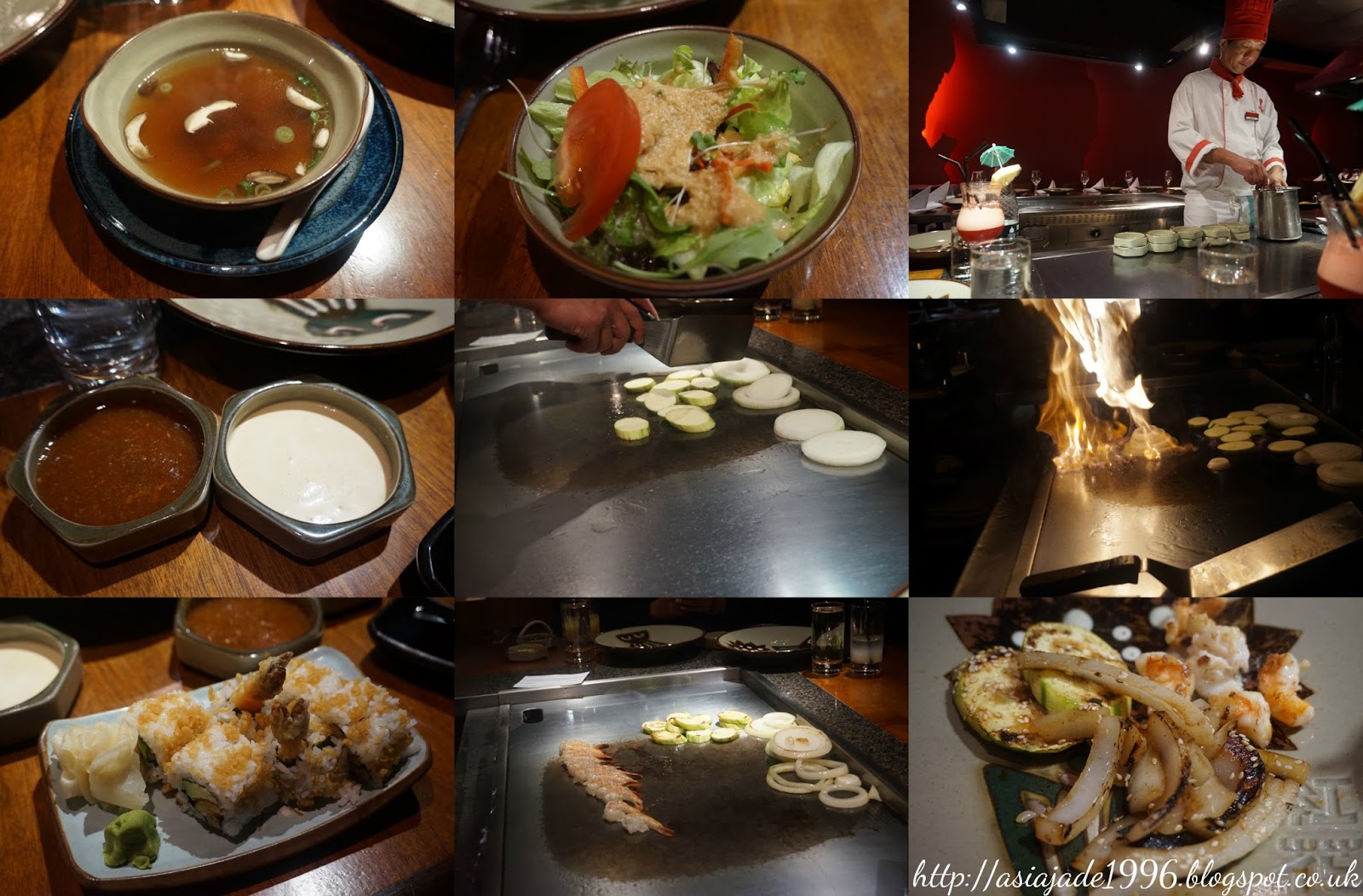 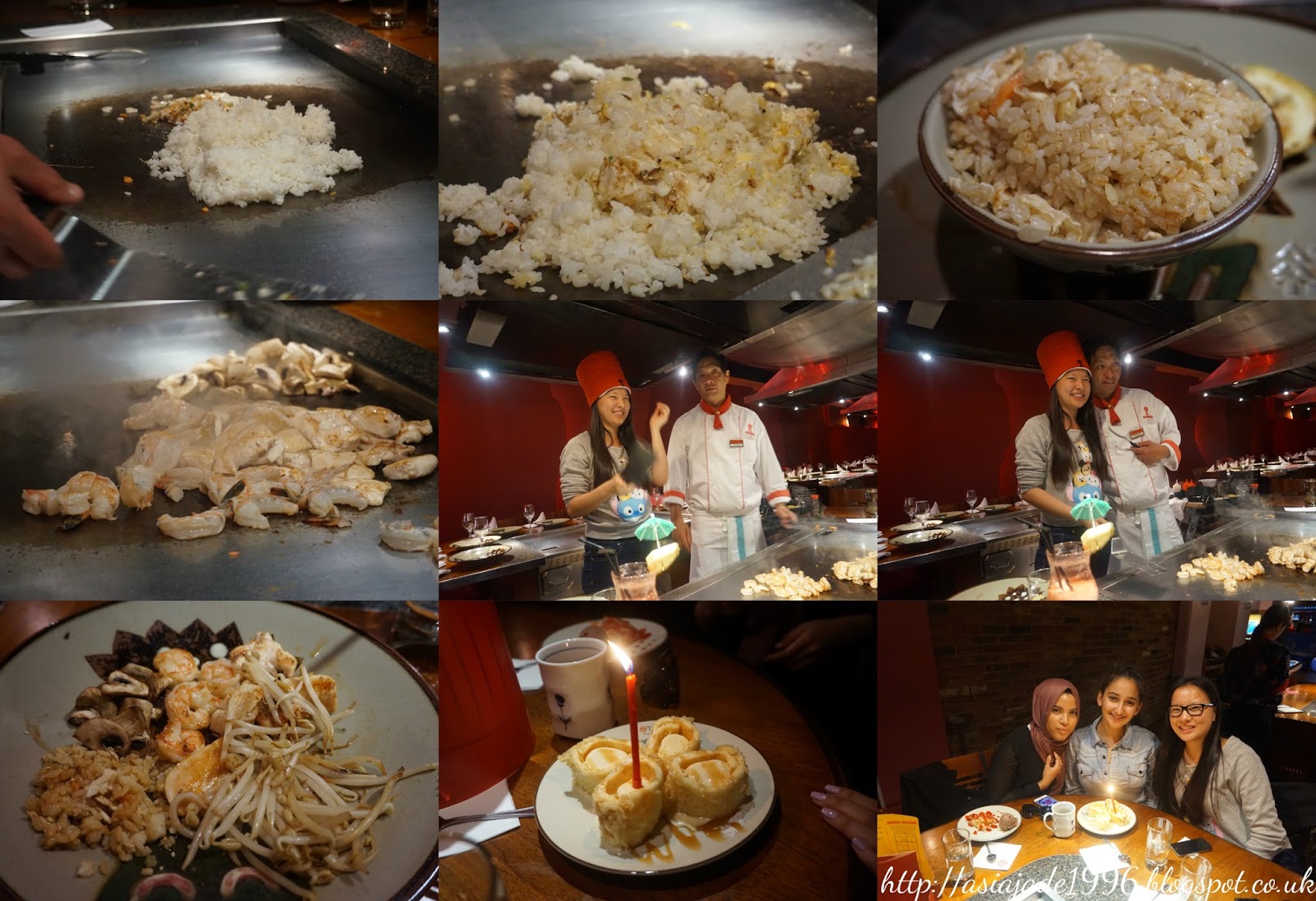 On to the food (the most important part in my opinion) we decided to get some sushi to start with so we went for the Prawn Tempura (Fried prawn). It was delicious and I’m so glad that we did get some sushi as I’m a big fan. You could definitely it was freshly made and that we all enjoyed it as it was all gone by the end. The sushi was served with soya sauce which is perfect with sushi.

We then had to decide which main dish to go for. The way teppanyaki works is that you choose which meat or fish you want for the main and then other editions are included in the meal such as soup, vedgetables and rice. I decided to pick the Benihana Delight which is prawn and chicken it also came with Japanese onion soup, Benihana salad, steamed rice, hibachi vegetables and prawn appetizer. For dessert we got the ice cream tempaura and the cheese cake dumpling (Not pictured above). Both of them were so yummy but I only had a few bites as I was full from the main course and starter. 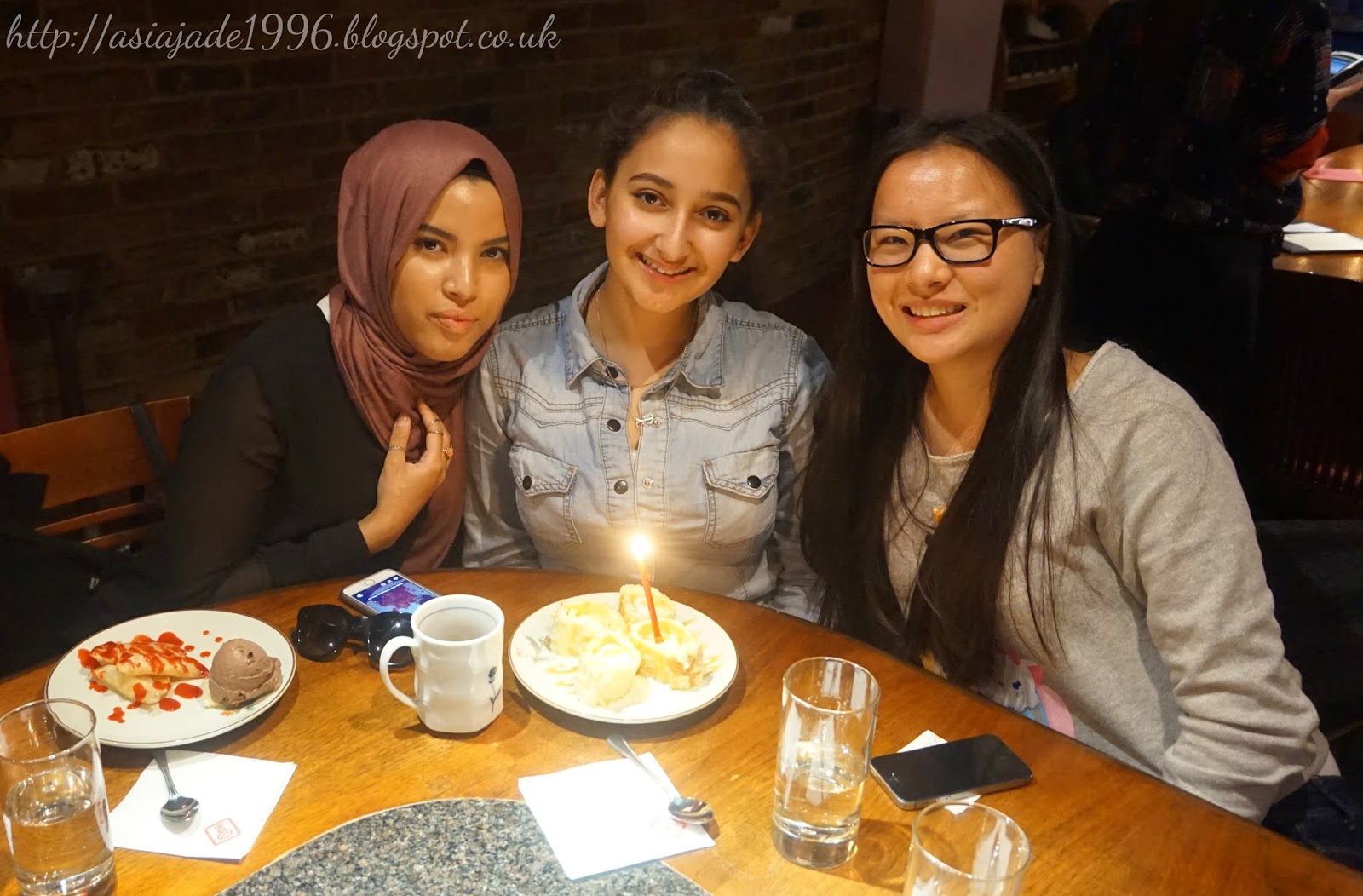 If you are ever in London visiting or you live here and you have never been to Benihana then you should they have a few around London. There’s restaurants in Chelsea, St Pauls and Piccadilly so you could go to either one. I highly recommend it as it’s so much fun I do have to admit that the bill adds up quickly however it’s worth it as you are paying for an experience, food and the service at the end of the day.

All three of us had such a lovely evening as it’s probably the last time we will all meet up before we split up for Summer. It’s definitely a great place to celebrate any birthdays or anniversary for example. If you aren’t really an adventurous person when it comes to food then I definitely think it’s worth a try as you never know you may end up loving it.