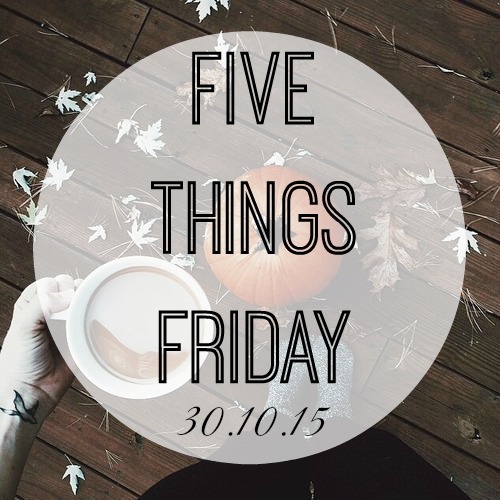 Hey everyone happy Friday I hope you have all had a lovely week and continue to have a great weekend!! I’ve been super busy this week which will all be explained in this blog post. Which is why I haven’t been active much on here, my social media platforms or my YouTube channel.

So I thought that I would start this series called Five things Friday now it’s not like I just made it up myself I’ve seen many bloggers do exactly the same post but on their blog. If you haven’t already guessed what it is then I’ll let the cat out of the bag every Friday I’m going to be looking back on my week and sharing with you guys five good things that happened that week. I think that it’s such a lovely way to keep a mini record of my life as you often forget those little things that happen on a daily basis.

This week has been a bit of a whirlwind in terms of jobs as most of you know I’m currently working at a part time job however I am looking for a permanent job. I am looking for a higher apprenticeship preferably based upon digital marketing. An amazing job came my way and I applied straight away which then lead to an interview all in the same week. I have to admit I was rather nervous for the interview as I haven’t had one in a while and it’s quiet a big deal.

However it went really well and I received some feedback almost straight away unfortunately that job has been filled. In many ways it’s almost a good thing as I think it wasn’t 100% suited for me however they have suggested another role. I’m still waiting to hear back from this one but I’m hoping that it all goes well and I should be one step closer to achieving my goals both short term and long term. This is why I haven’t been very active on anything this week as I’ve been preparing for my interview.

The second thing this week is all about driving as some of you may or may not know my driving test is fast approaching. Therefore at the moment my lessons are pretty important. As I’m only able to practice driving within these lessons I am trying to get as much out of them as I can. I have to admit I am pretty excited but also nervous for the test as I just want to get it over and done with. Learning to drive is quiet expensive however it will definitely all be worth it when I pass (fingers crossed).

I am in love with Goggle Box and First Dates which are both shown on Channel 4. Goggle Box is a program where people are filmed watching TV shows. They commentate how they feel and think about each show as they watch it. I have to admit at first I thought what a stupid program but as I’m watching it more and more I’m slightly falling in love with it. It makes me laugh as some of the sentences said are hilarious as obviously everyone has different opinions about everything.

Another TV show I’ve been loving is First Dates which is based in a restaurant in London where people go on their first date. It’s pretty self explanatory really some people come to the restaurant once and find love where as others come a few times. I think it’s such a lovely program as you see people from all walks of life. I have to admit I have a soft spot for programs like this I just love seeing two people having the same feelings for each other.

I have learnt that this week many people will walk into your life. Some may stay for a while whereas others may stay for only a minute. However all of them are there to teach, show or give you something. Whether or not we know what a persons intentions are I have learnt that you should take everything as it comes. There’s no point in living in the past or the future because the past is gone and the future hasn’t even arrived. You should live in the here and now because these decisions, actions, thoughts or feelings will affect you most at the moment in time.

By doing this you can actually live without worrying about what has happened in the past or what will happen in the future. Many things have happened this week which have helped me to realise this. Sometimes we just need to remember what is happening right now and not in an hour.

I have to admit I don’t have a fifth thing for this week so I will have to leave it at four…..