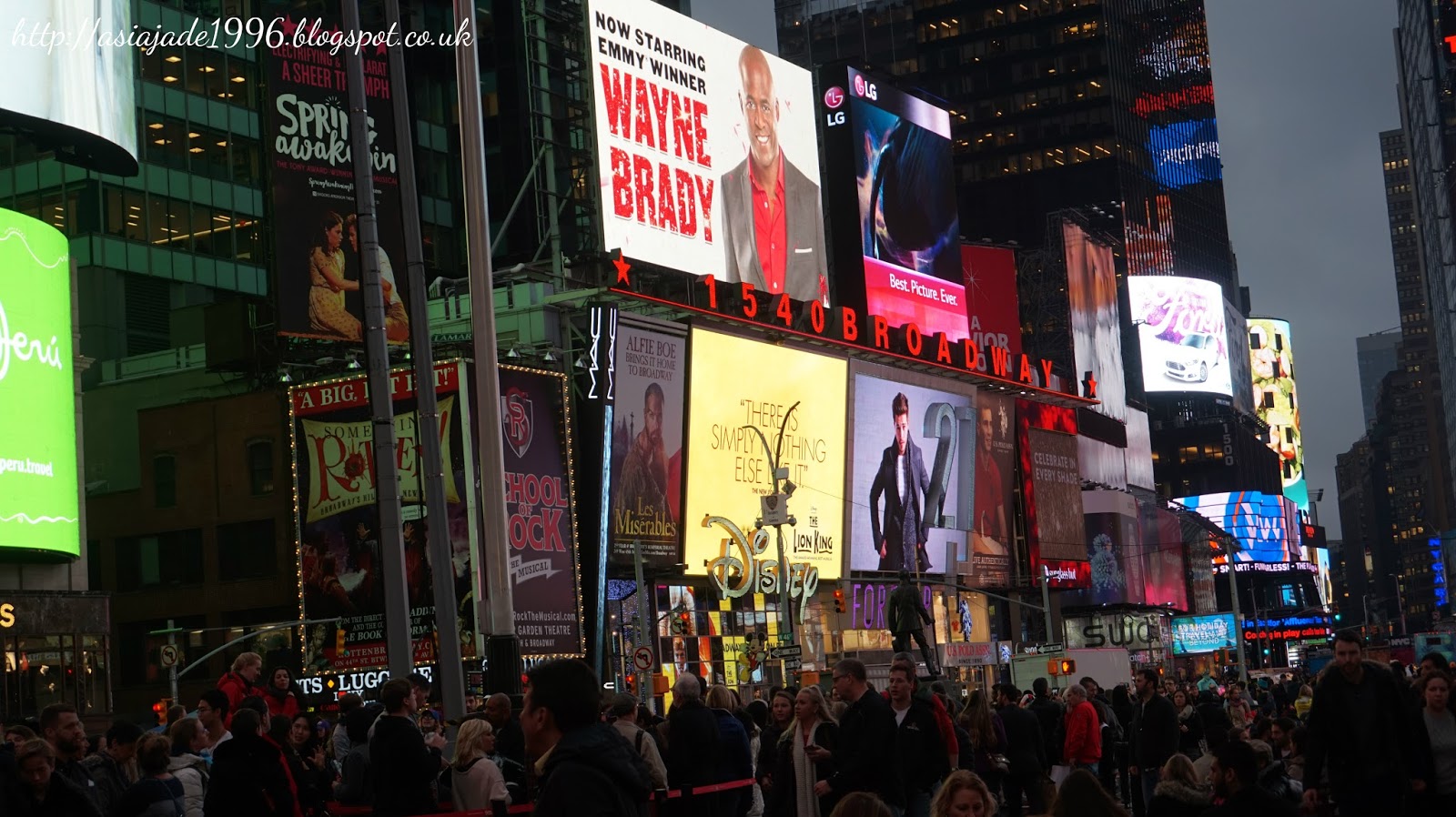 Hey guys for today’s blog post I’m going to be sharing with you day one in New York City which carries on from when we left the ship in the last blog post. We had to go through customs from the boat before we were allowed to grab a taxi and head off into NYC. That was a nightmare but I don’t really want to go into that however after we had finished in customs we headed out to find a taxi and head to our hotel.

In the taxi on the way to the hotel I remember not knowing what to say as I was in awe of my surroundings. New York was a lot bigger in size compared to London whether it was the cars, sidewalks, supermarkets or landscape. It all looked so familiar as I had seen it in many movies/TV shows and YouTube videos. However it was all new at the same time I remember seeing a police car smiling because it was the first time I had seen one. I know it sounds sad but it was so cool to actually be there when I have dreamed about it for so long.

We were staying at the Novotel in Times Square which was a really modern hotel. I loved it as you could see Times Square from the hotel roof terrace as well as from our room. We had quite a big room which had a sofa bed and a double bed as there was three of us. Once we got into our room we sat down for a bit and relaxed as we had all been up for quite a long time.

Later on in the afternoon we took a walk down to Times Square so that we could see the area we were staying in. Times Square is pretty cool a lot of people compare it to our Piccadilly Circus in London which is near where I work. I have to say I prefer Piccadilly because I’ve worked around there for over a year now. The two places are very similar they both have massive advertising screens although Times Square has more and they both have lots of shops.

After we looked around we popped into a few shops although we didn’t buy anything. We then headed back to the hotel where we also had dinner as we were all so tired we didn’t want to go far for food. I had a really nice pizza which I had been craving for a few days and my Mum and Nan had a caesar salad with chicken.

We didn’t do much after that except unpack a bit and then watch a movie. We had all decided to get an early night so that we could get up early the next day and spend it exploring NYC. Part 6 of my Christmas holiday series will be uploaded on Wednesday so make sure to keep and eye out for that.