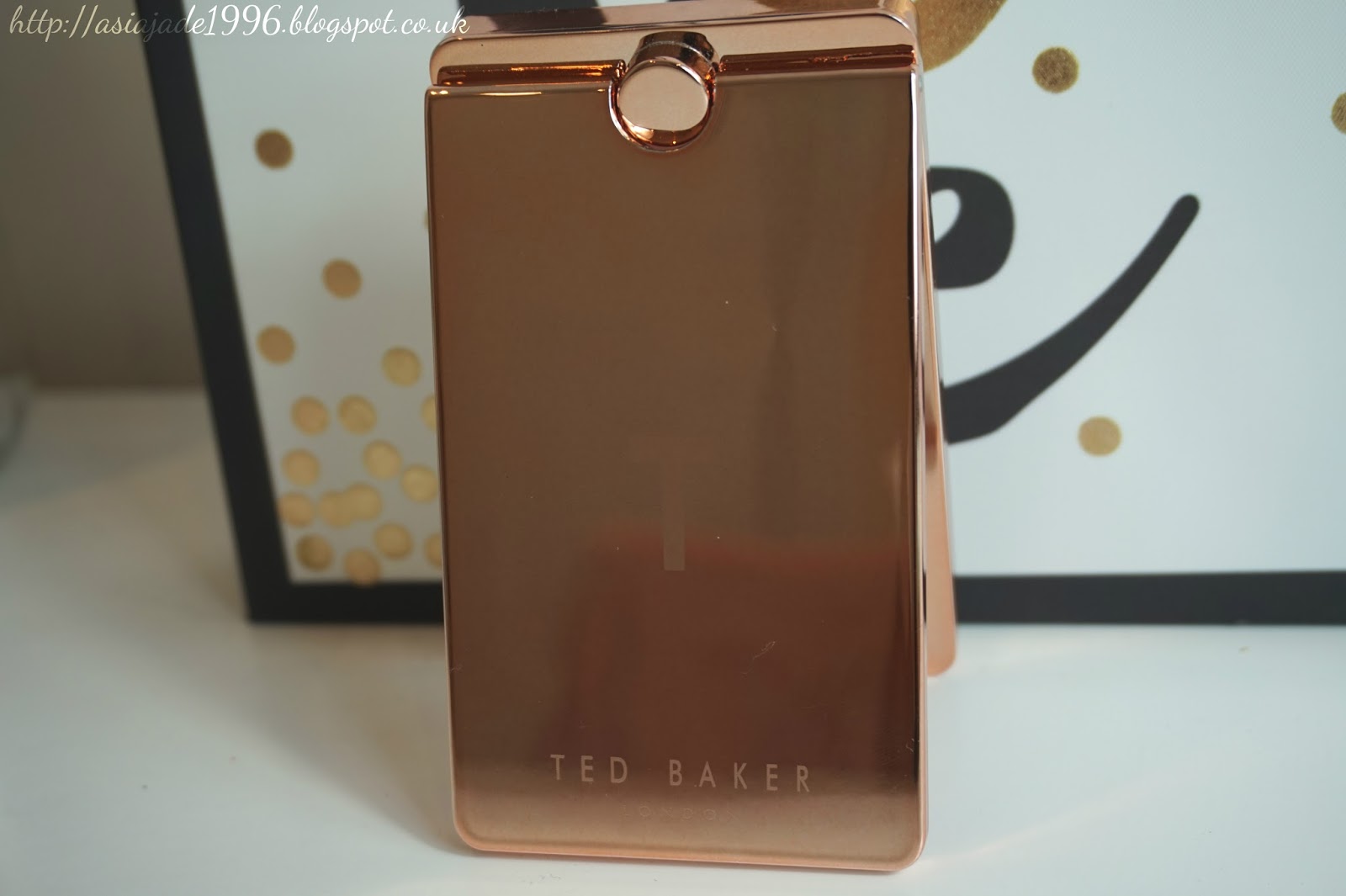 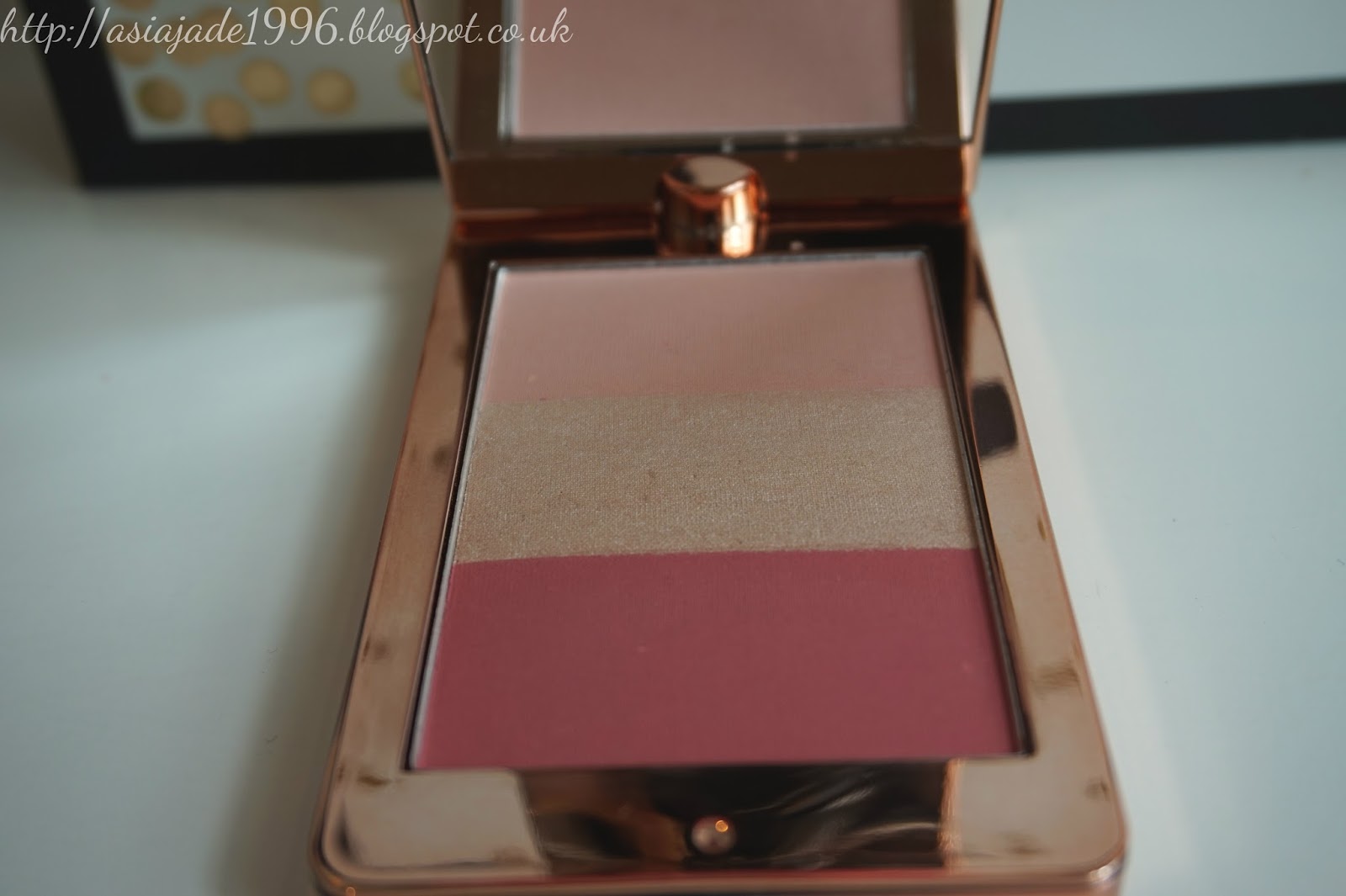 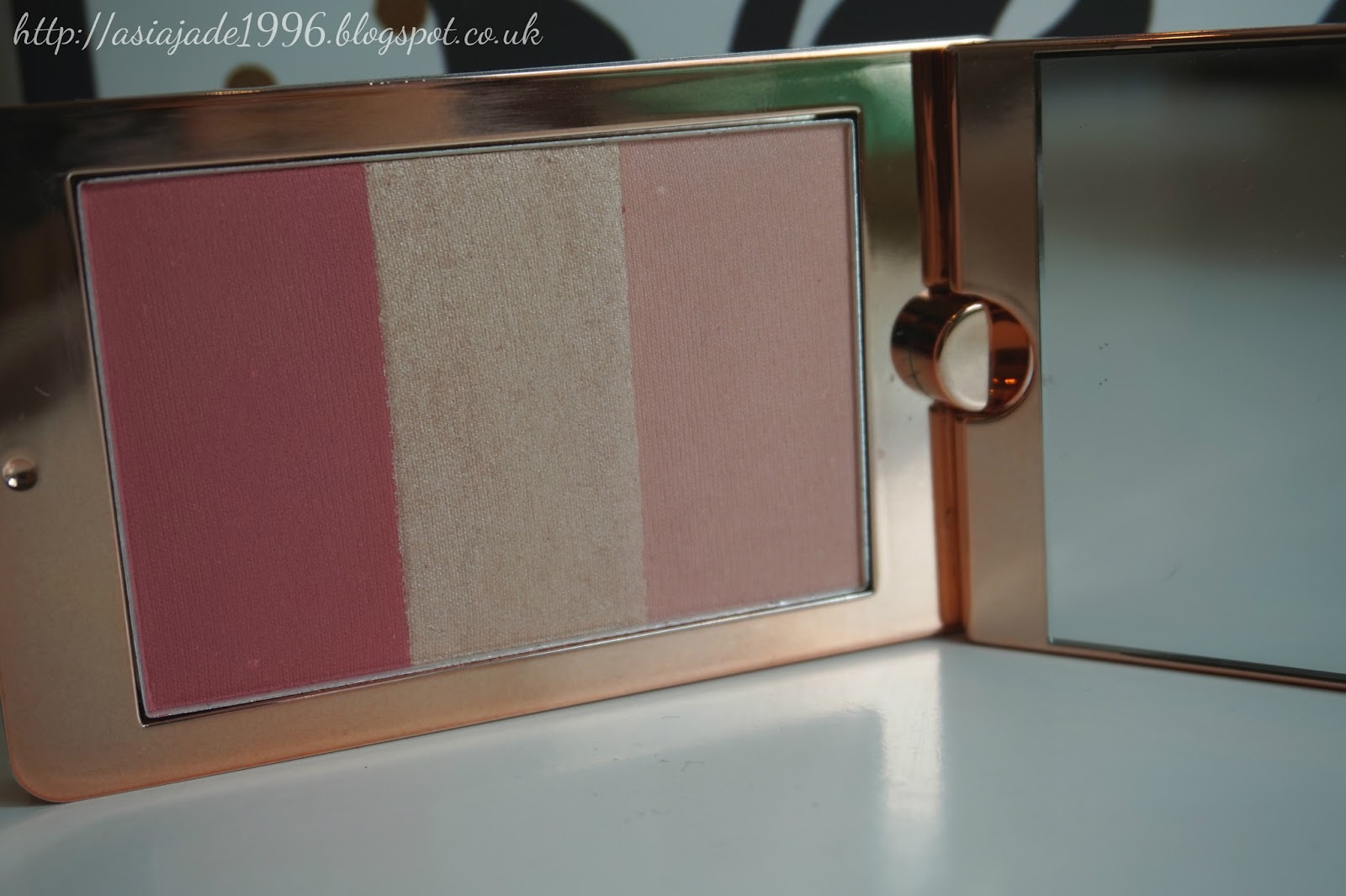 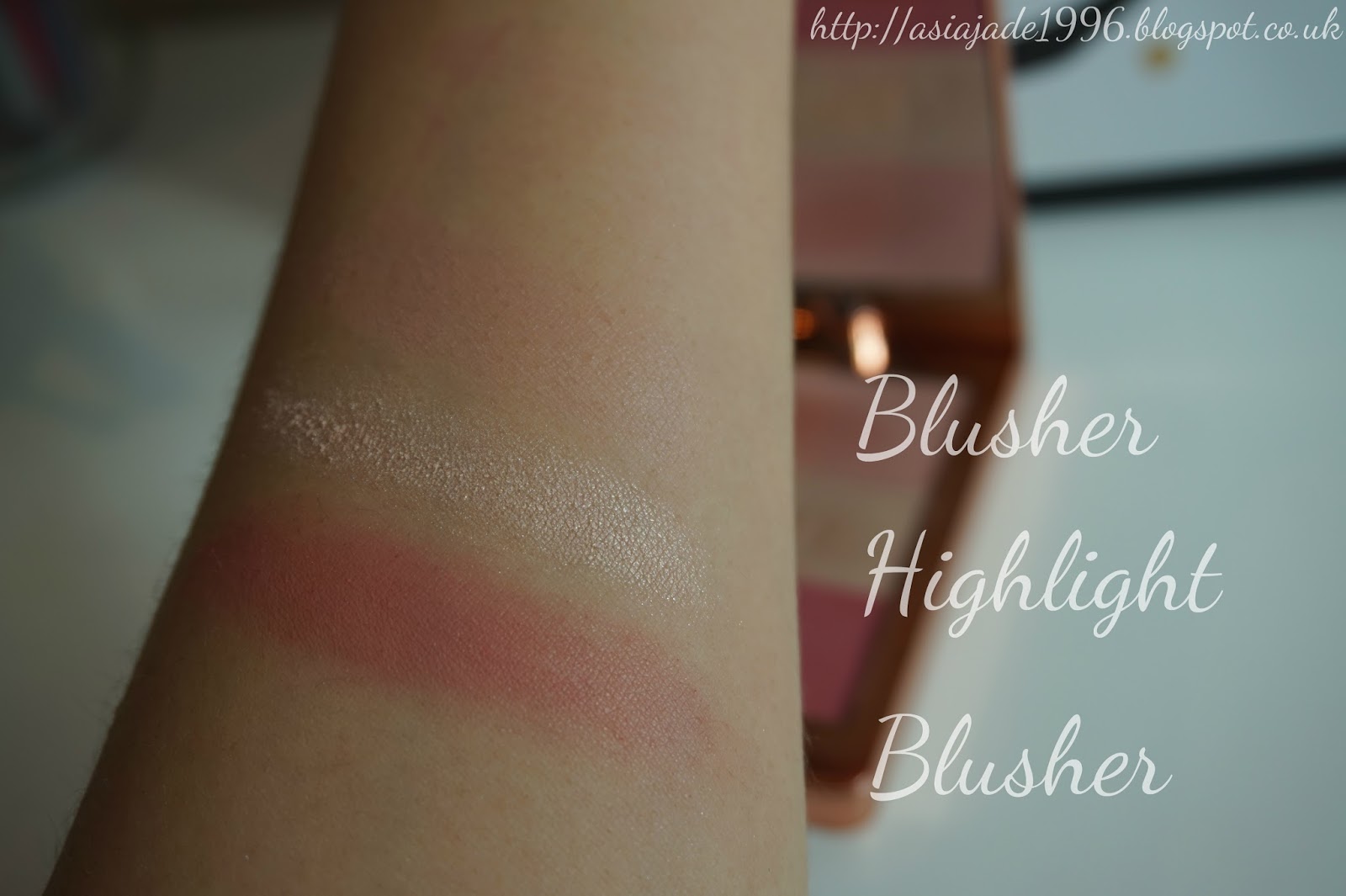 Happy Saturday I have been working today which has been the first time I’ve worked on a Saturday in ages I’m also working again tomorrow which will be super busy because of it being Valentines Day!!For today’s blog post I have decided to talk about the Ted Baker face palette that I got for Christmas.

It came in a set which also had mascara, eyeliner, lipstick and nail polishes among many other things. It has almost become a tradition that I receive the TB make-up set each year now as I got one the year before as well. As you can see this particular palette has two blushers and a highlighter. These aren’t as pigmented as the Make Up Revolution Spice and Sugar palette which you can see here. The highlighter is amazing though and looks so natural on your cheekbones.

As for the packaging I just love the rose gold theme and the huge mirror is a big bonus. It’s definitely a great product to take away on holiday with you as it’s a two in one meaning you don’t have to carry a separate blusher and highlighter. However the only downside I found to the palette is when I started to use the palette they began to crumble slightly. I have never seen this before and I have to admit it is quite hard to pick up a lot of the powder on the brush or my finger unless I press quite hard.

Overall I really like the palette as it’s quite convenient if you are staying over a friends house or on holiday however I do wish that the blushers were slightly more pigmented. I will be trying this palette out over the next few months just to give it a chance because you never know it may just need some tlc!!

Have you tried any of the Ted Baker make-up?