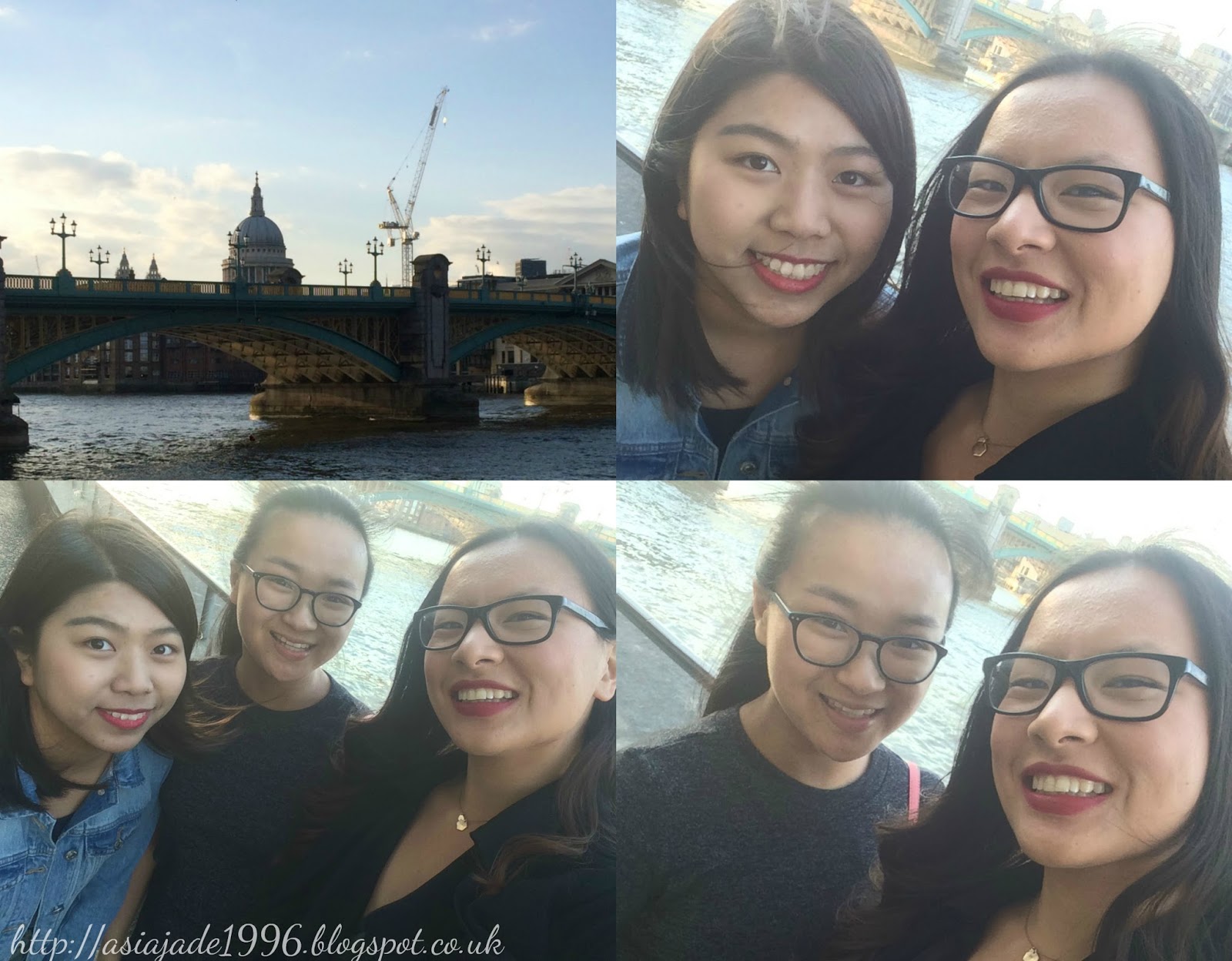 Heyyyy! I am back today with another (Yes another!) food related blog post. No I am not sorry because I just love food! So it all begins like this I have decided to go and eat at a new restaurant every weekend. So last weekend me and my friends wanted to go out to eat somewhere new. However we were not too sure where so I used one of the apps that I have called “Dojo”.

Dojo is a London based app that picks the best places to go. These may be restaurants, rooftop bars, exhibitions, cafes, markets, pop up places etc…Whilst scrolling through the restaurants I then came across Porkys. They have four restaurants based in Camden, Bankside, Boxpark & Crouch End. We decided to go to the Bankside one which is obviously near the river. 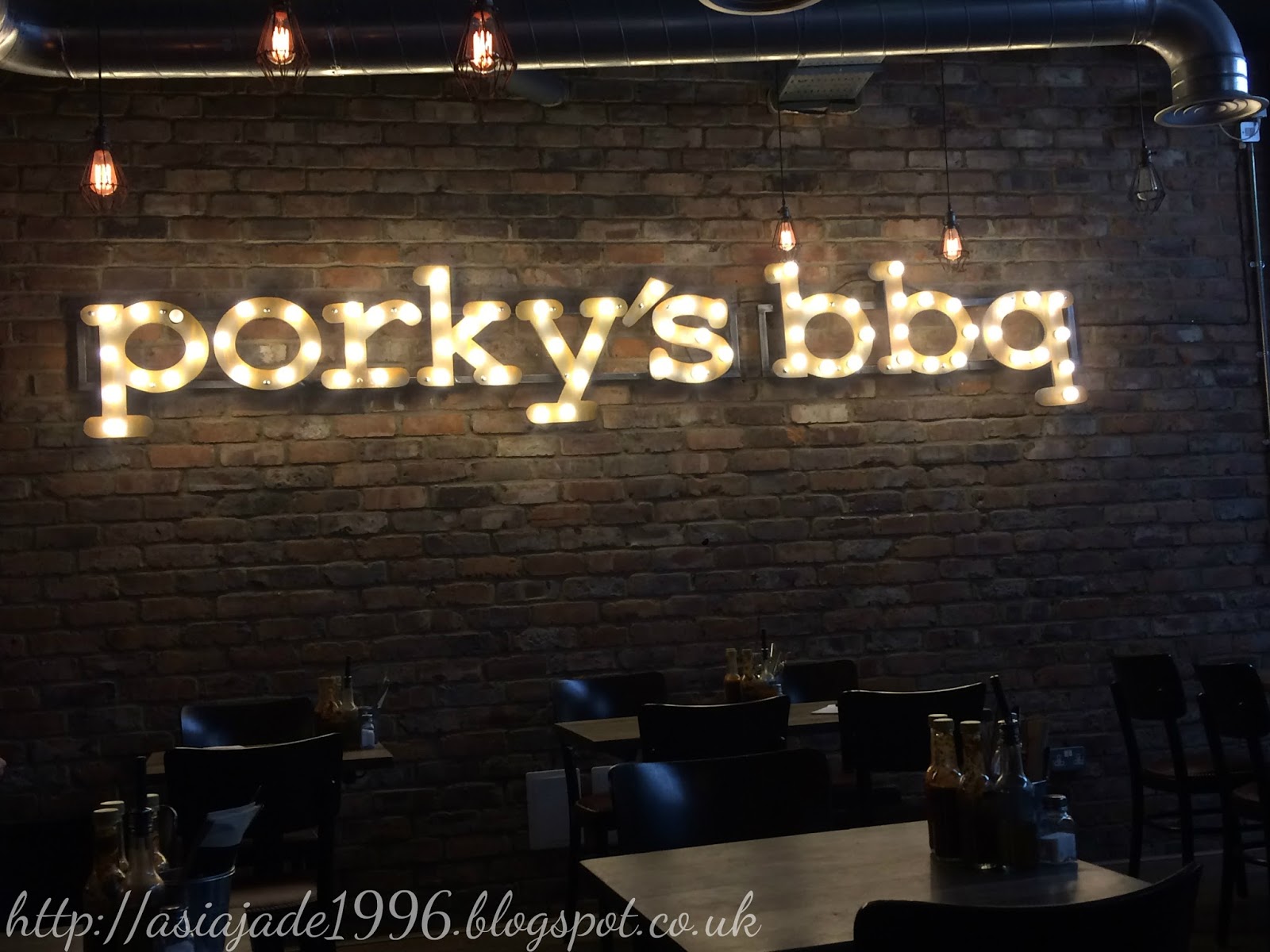 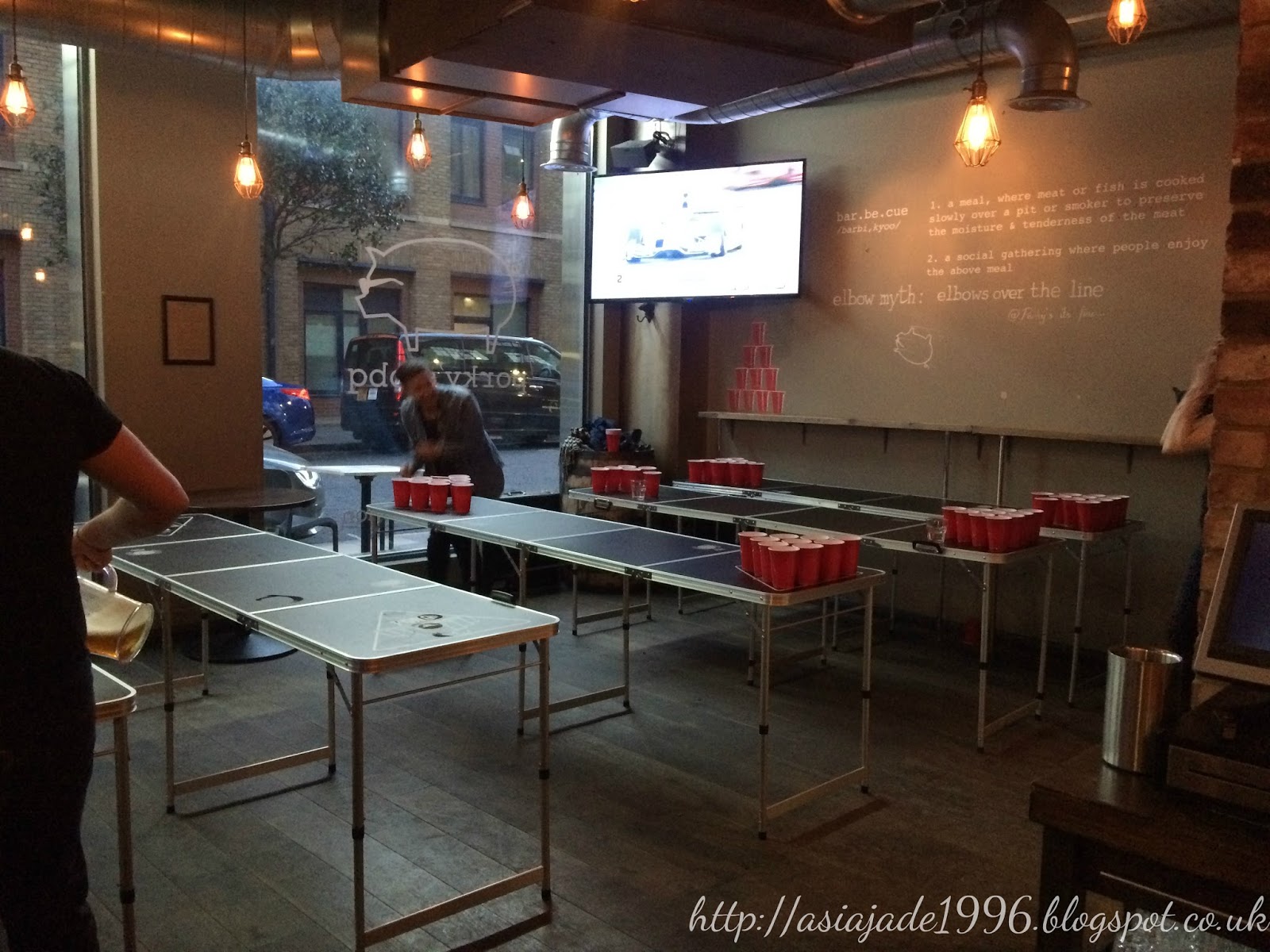 Porky’s London which was once called Foggs is a BBQ based restaurant chain. Owners Joy & Simon decided that London needed a BBQ themed restaurant after having traveled around America. They wanted to focus on the style of BBQ’s from Memphis which consists of a smokey but sweet theme.

Let’s focus on the interior of the restaurant first before we get onto the best bit the FOOD. Okay so as you would have probably guessed by now the feel of the restaurant is fairly relaxed and fun. They even have beer pong tables. Yes. That American drinking game we have all heard of but never gotten the chance to actually play.

Well now you can at Porky’s because there’s nothing better than food, drink, friends and now the added beer pong. I have to admit we didn’t actually play beer pong but we will be back and we shall play it next time! I loved the lighting for “Porky’s Bbq” it was probably one of my favourite things about the restaurant. They also have the same lighting above the bar (which I forgot to take a photo of oops..). 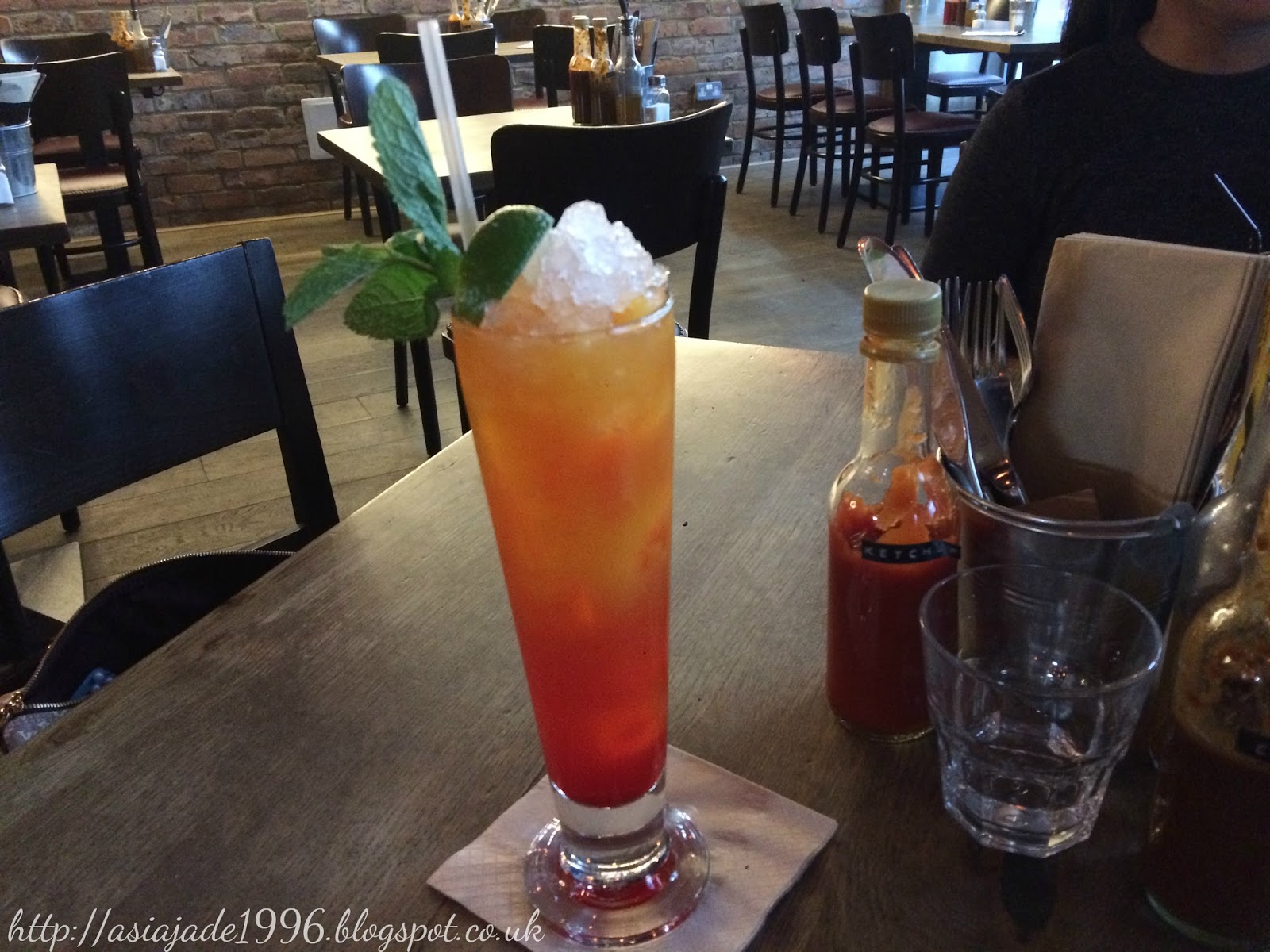 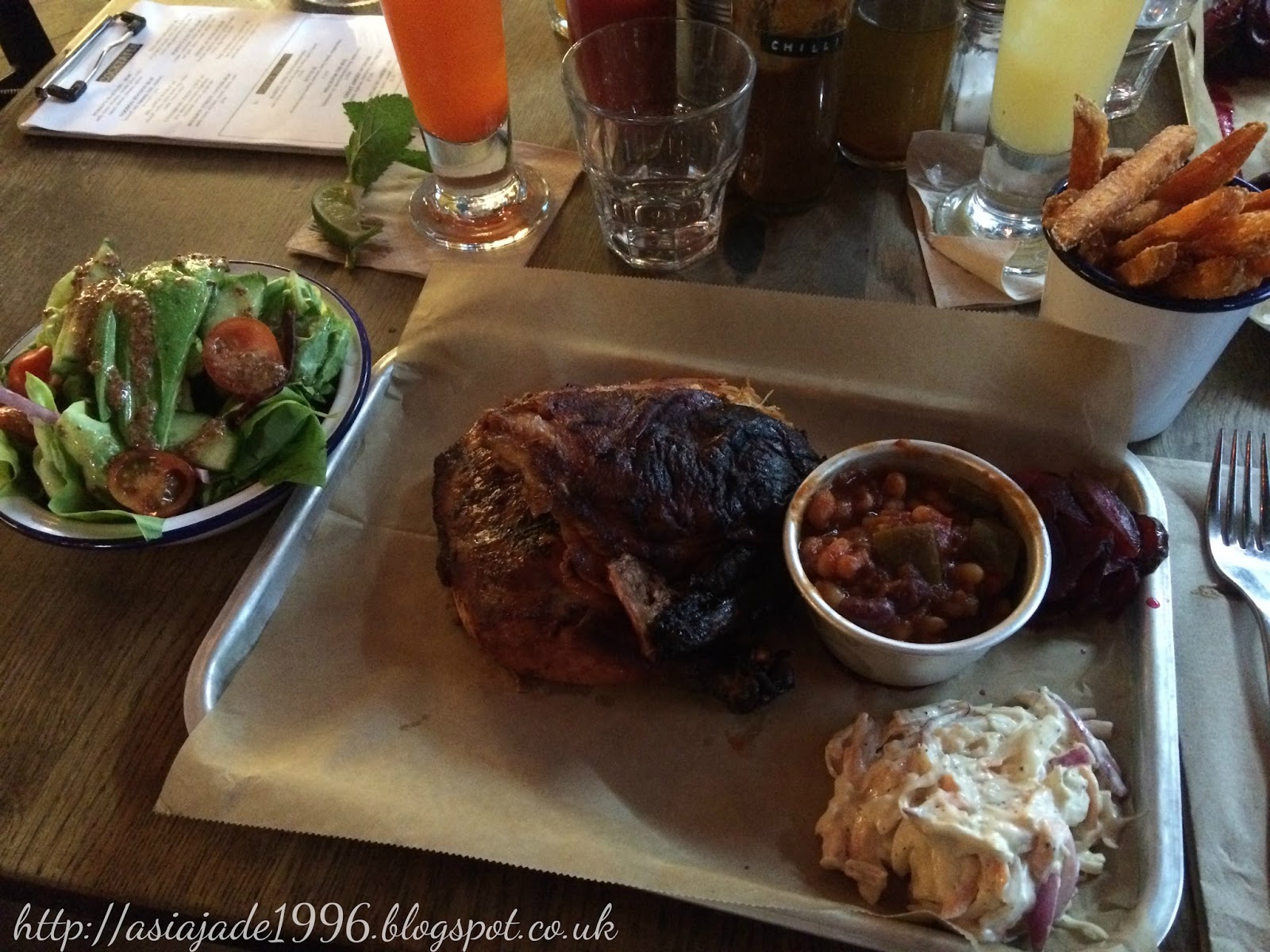 Now the bit you are all waiting for the FOOD. Which was yummy and no I am not just saying that. So the menu is fairly self explanatory as you would expect 99% of it is BBQ based. They had the classic burger and hot dogs available but also their special pulled pork, smoked turkey and baby back ribs.

We all ordered from the section “from the smoker” which are all served with slaw, beans and pickles. I went for the half bbq chicken which was £12 I think that is such a reasonable price for the amount of chicken I got. I even had to share it with one of my friends because it was too much.

I then got a side of sweet potato fries and their house salad. The dressing on their house salad was so delicious and made the whole salad delicious. We all ate a lot but of course we couldn’t skip dessert. Although we couldn’t stomach one each we got their brownie sundae to share. I haven’t had a sundae in ages and it took me back to my childhood. 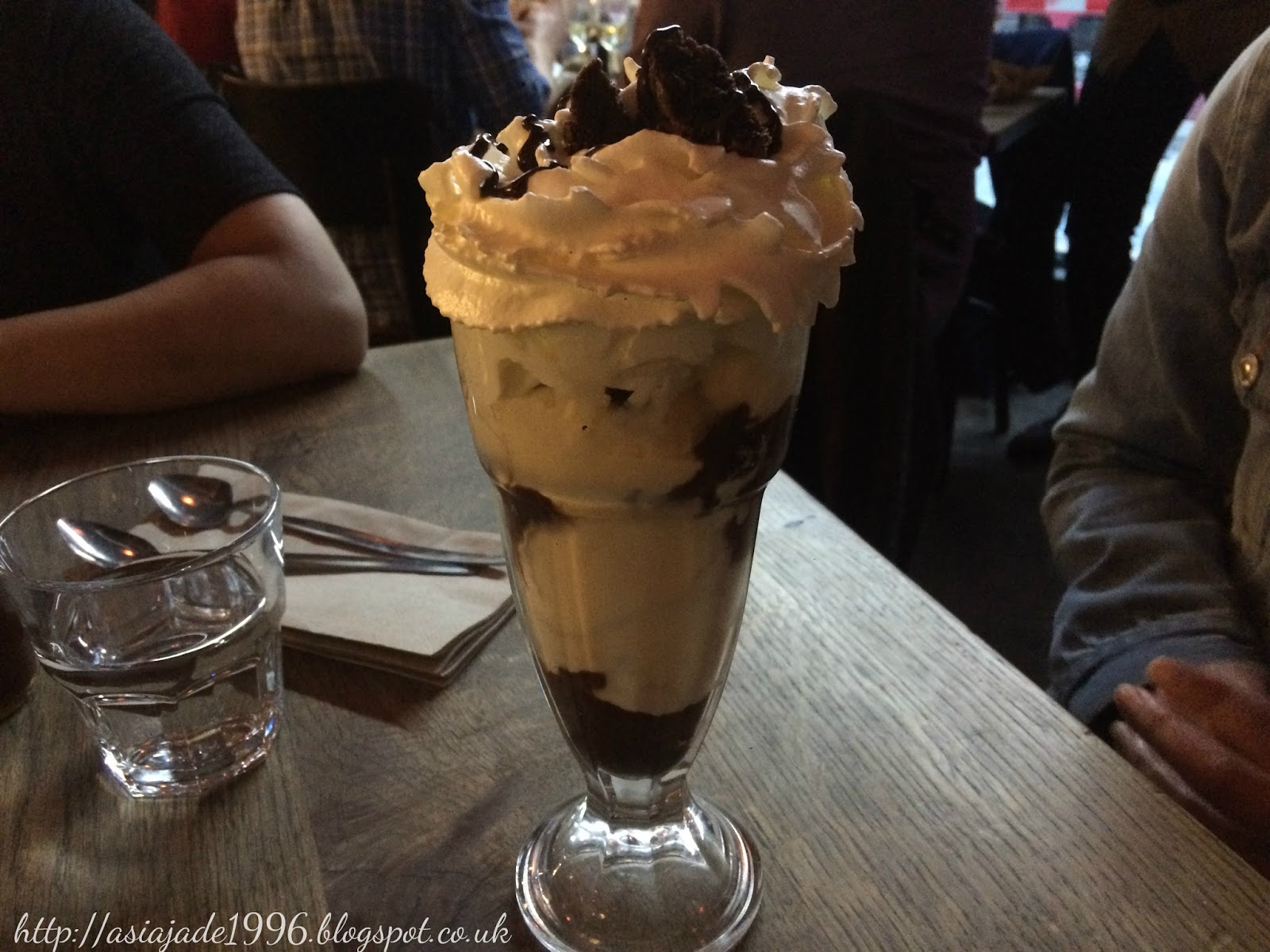 Overall we all had a great time and I think that going back is definitely on the cards. However we’ll make sure to bring reinforcements with us to play beer pong (Well in our case non-alcoholic pong haha!). All of the staff were extremely welcoming and they felt more like friends rather than staff.

The atmosphere was relaxed and fun with the added good music. It wasn’t too loud which is sometimes a problem in restaurants as you can’t always hear the person who is sitting right next to you. The food came quickly which is always good when you are hungry which in this case we were. Sometimes when you see a restaurant like this on social media you expect the price to be quite high.

Porky’s is really reasonably priced in my opinion and for what I got I was more than happy to pay the price it was worth. Especially as the food was of such a high quality meaning it looked and tasted good! I highly recommend Porky’s for a night out it’s a great place to go with friends as you could easily spend the whole evening there.

Have you ever been to Porky’s?