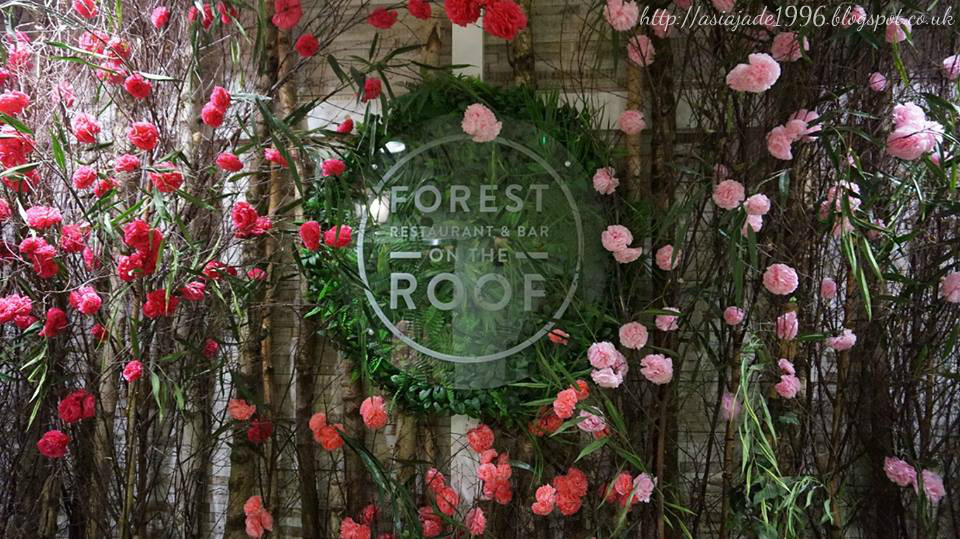 Another food blog post ooops….I just love food a lot and I have to share the places I go with you. In all fairness I did warn you that I would be eating out a lot over the next few months. So for my 20th birthday if you follow me on Twitter, Instagram or have me on my personal Facebook then you will know I went out for lunch as well as in the evening.

I went to Forest On The Roof which is at the top of Selfridges, London. One of my best friends & I had decided to go there as we had discovered it recently. We always love going to new restaurants as we both love food equally as much. This one we chose mainly because of how pretty it looks and we knew we could take good photos there (guilty). 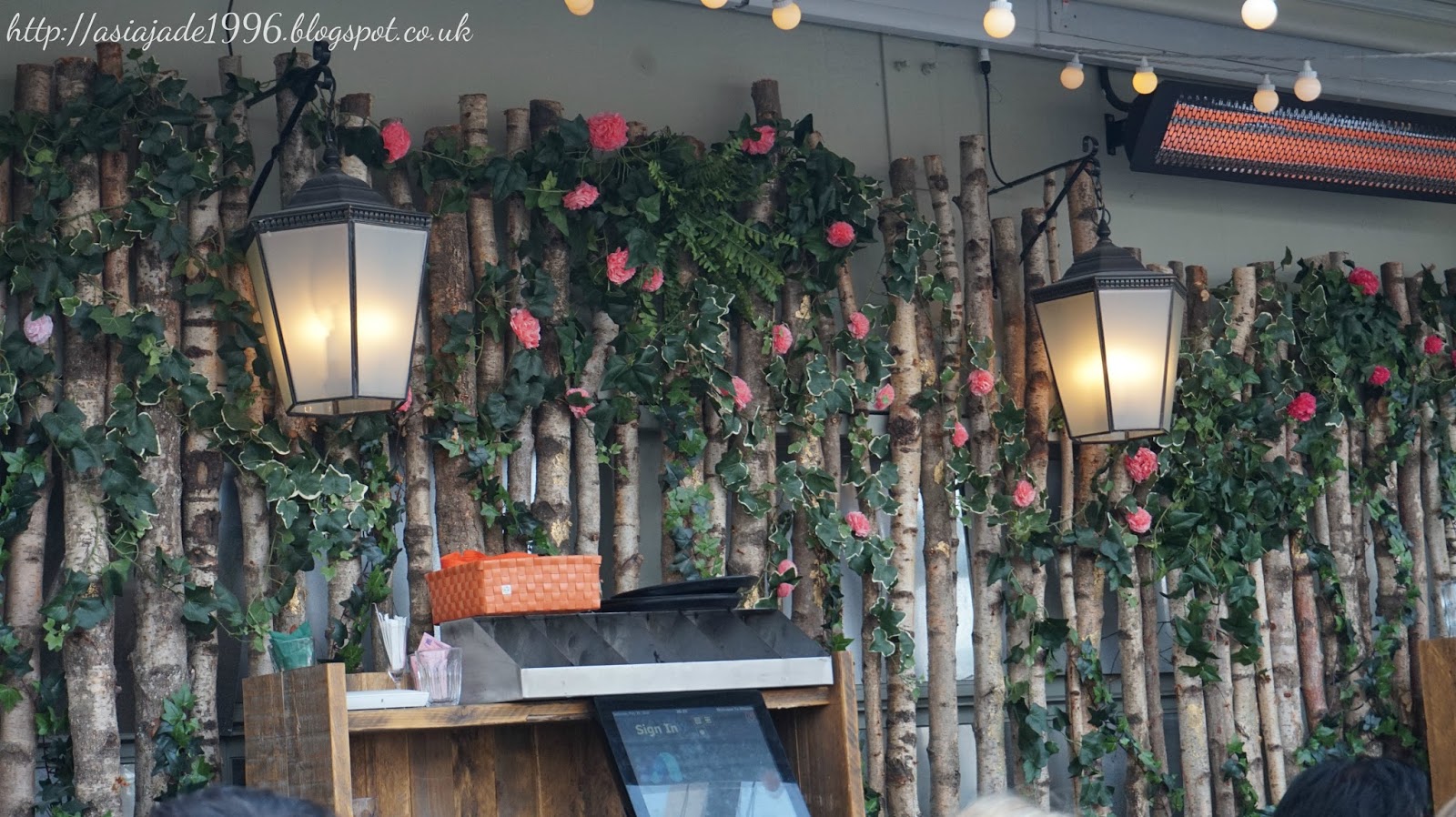 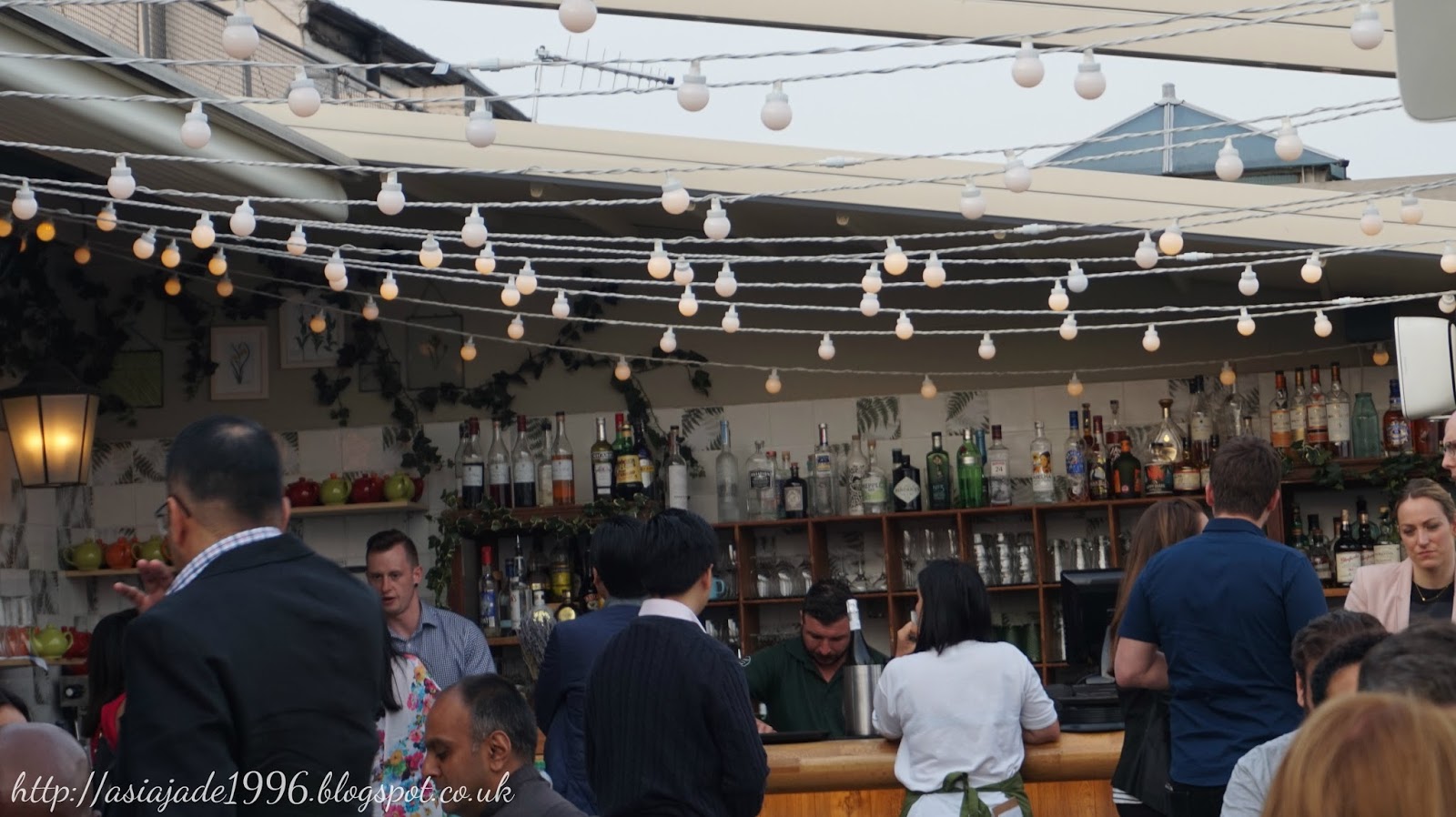 Okay so lets begin with the location of the restaurant it’s actually at the top of Selfridges. If you don’t know what Selfridges is then it’s a big department store on Oxford Street. It looks pretty grand from the outside and the inside reminds of of an airport. My favourite part of Selfridges is the high street place as they have all of the best clothes from H&M as well as Primark for the same prices!!

The decoration of the restaurant is super super cute. It reminds me of a pinterest garden except it’s in the middle of London at the top of a massive department store.There’s flowers everywhere I think they’re fake as trying to keep that amount of flowers alive would be a challenge. The fairy lights are super cute especially when it gets a little darker.

One thing you can’t see as I didn’t take a photo but you can see it on my vlog here is that the roof was open air so when it’s sunny and warm they open it and as it gets colder they close it. They also provide blankets which I always like as it can get a bit windy even when it is light out. 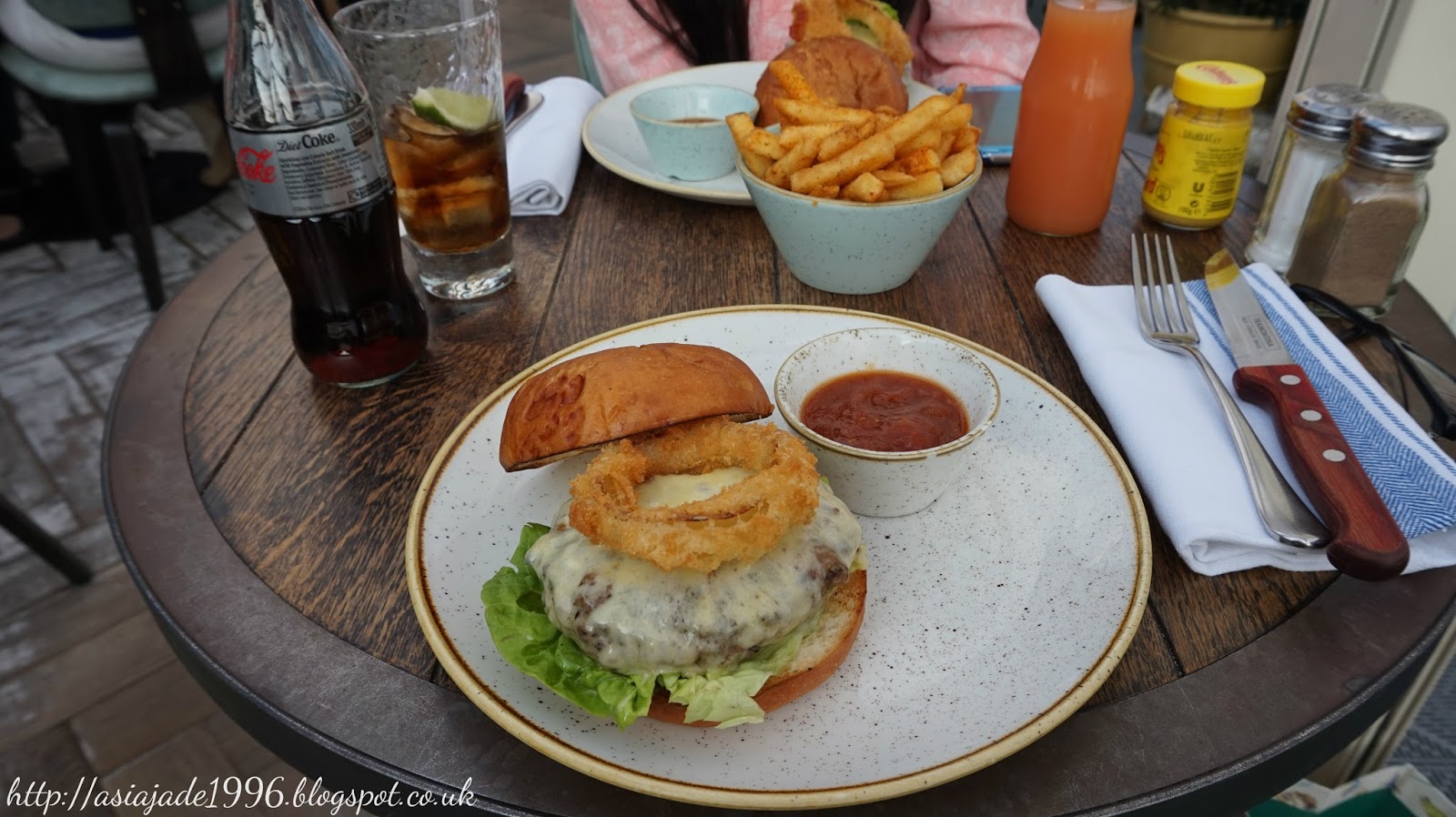 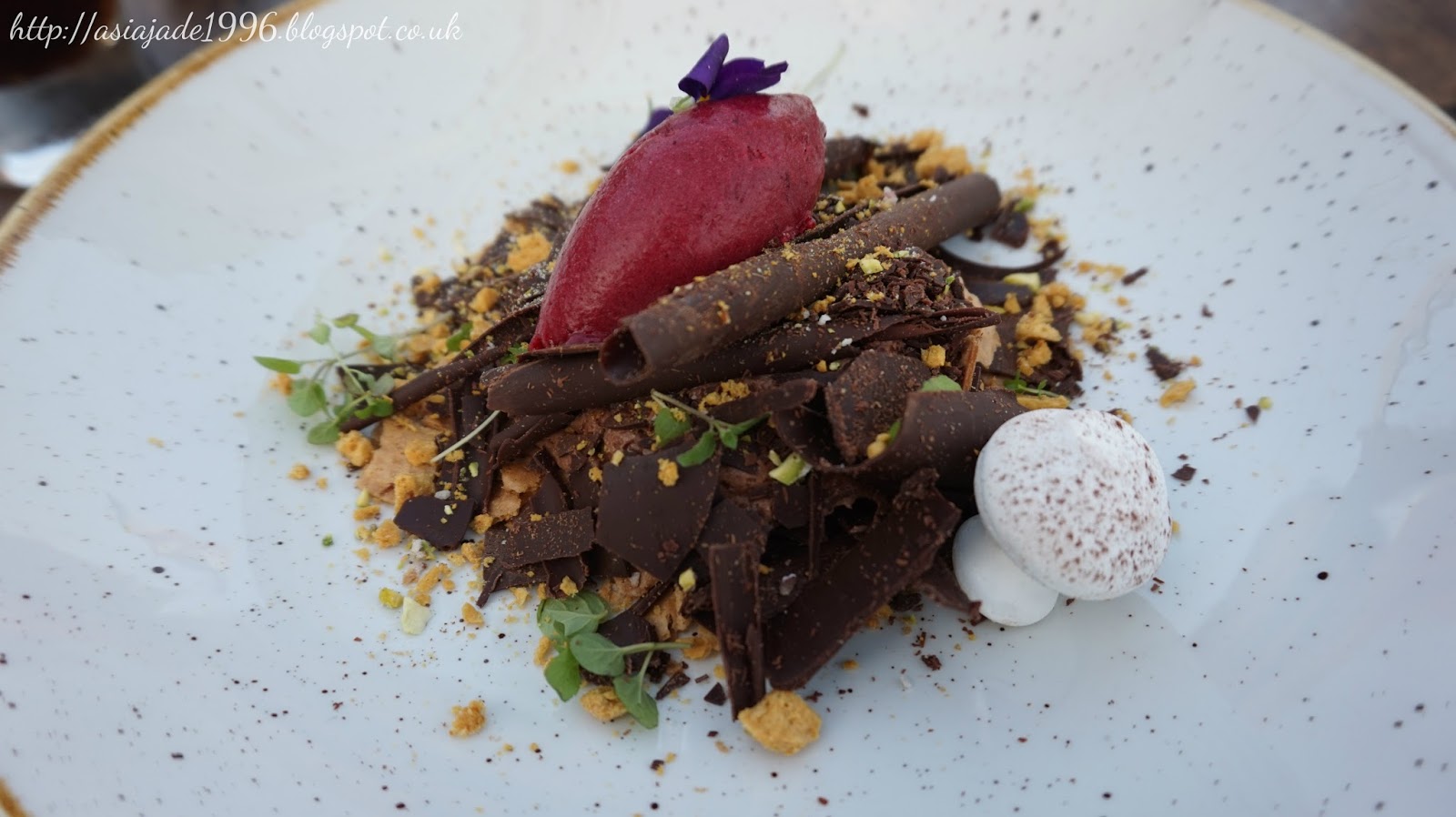 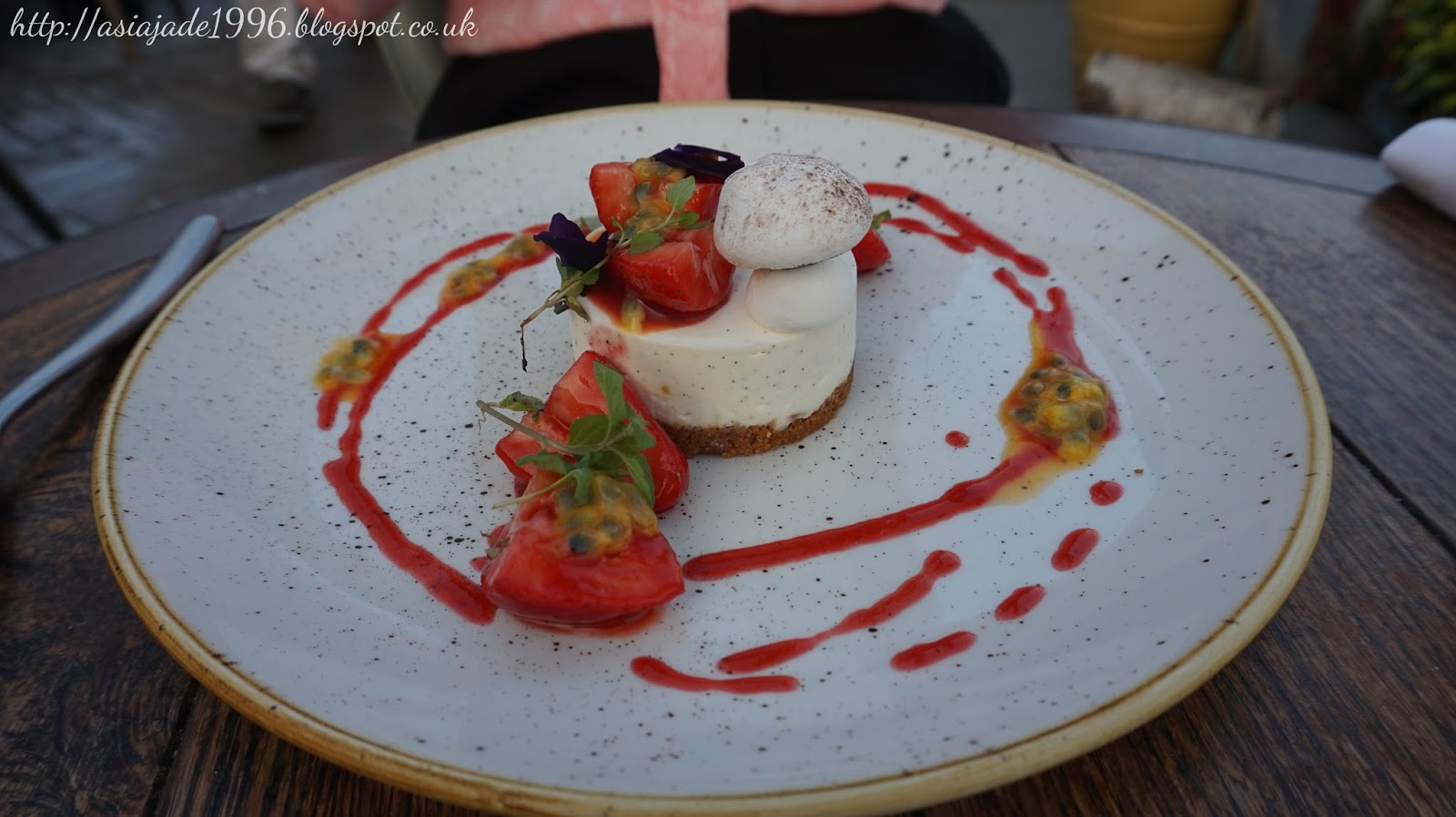 For dinner we both went for a very adventurous burger…yes I know how different. We can never resist a good burger and indeed this burger was good. Along side the burger we had some spicy fries which were really yummy. After the burger we had to have pudding of course I went for a chocolate based pudding which was yummy but one sauce I didn’t quite like so I didn’t finish it all.

However I was jealous of Karyen because she went for a strawberry and something cheese cake which looked a-mazing! The presentation of both desserts was a solid 10/10 we didn’t want to eat them in the first place because they looked so pretty. I also love the plates they were on and I would love to pick up similar ones they would look great in an Instagram photo. 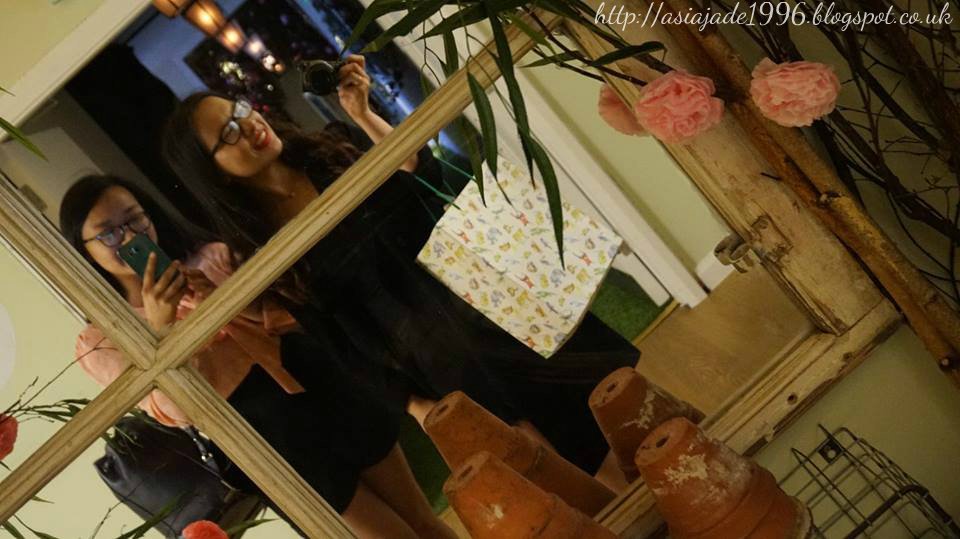 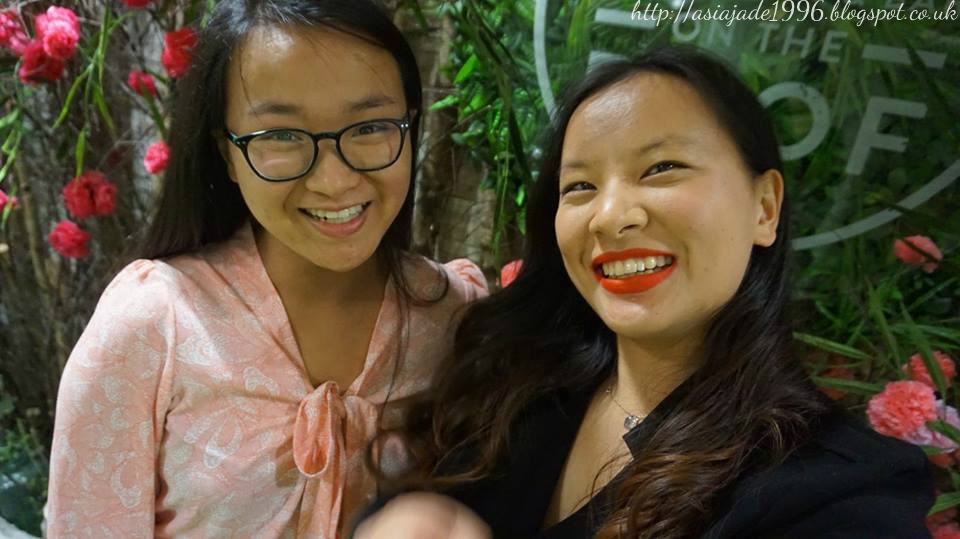 Of course after we had dinner we had to take loads of photos. I mean there was tons of different photo opportunities so make sure to take a ton when you are there. Both of one of our favourite bits was the cute flower arch. It’s actually quite dark so remember to use your flash.

Overall we loved our time at the Forest On The Roof restaurant and I know we will go back some time whether it’s with other people or together again. The staff there were very attentive and always asked if we were okay or if we needed anything. The food was of a high quality like most of the restaurants we have chosen to go to (we’ve been quite lucky on that front!!). We didn’t have to wait long for our food which I hate especially when you are really hungry. 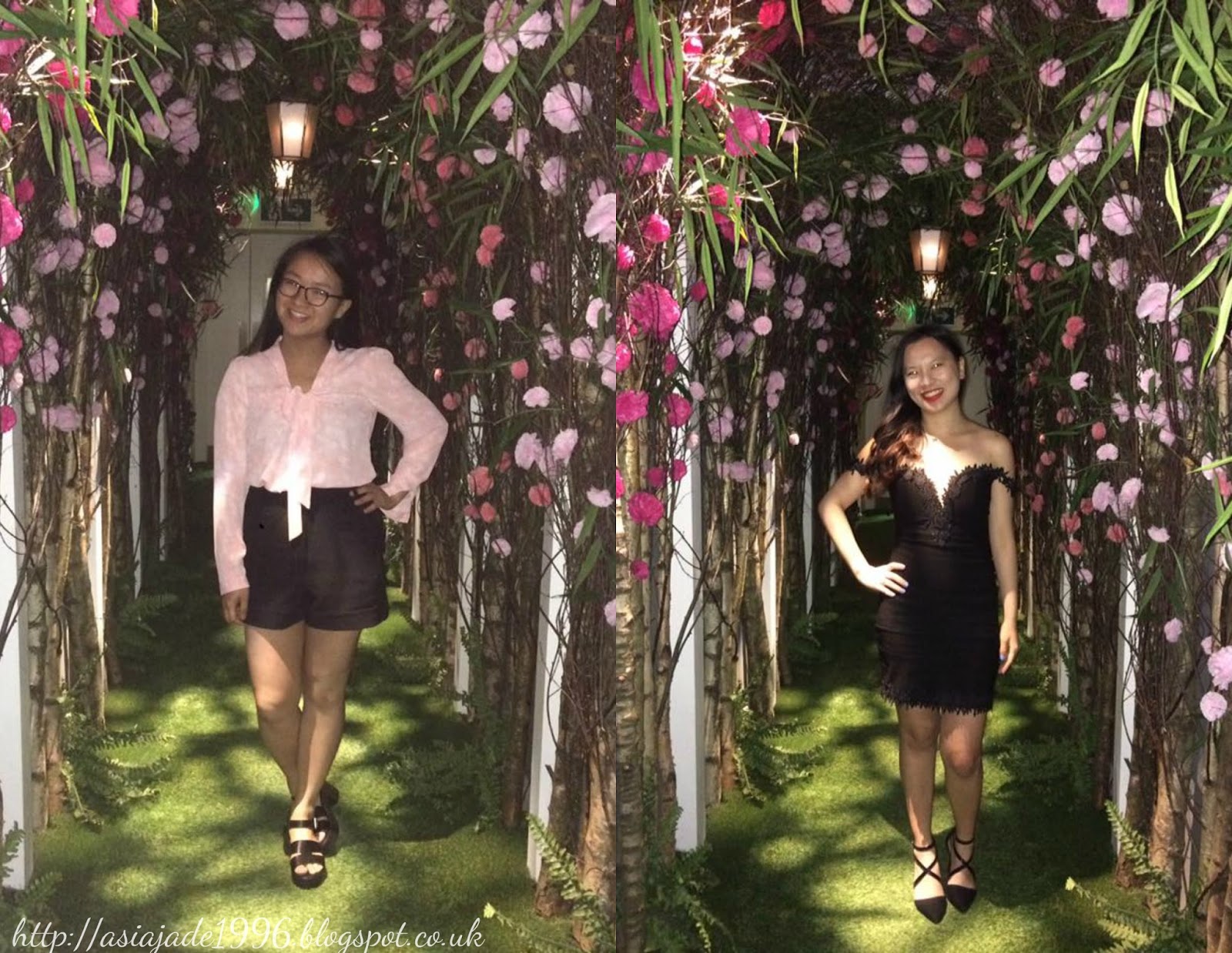 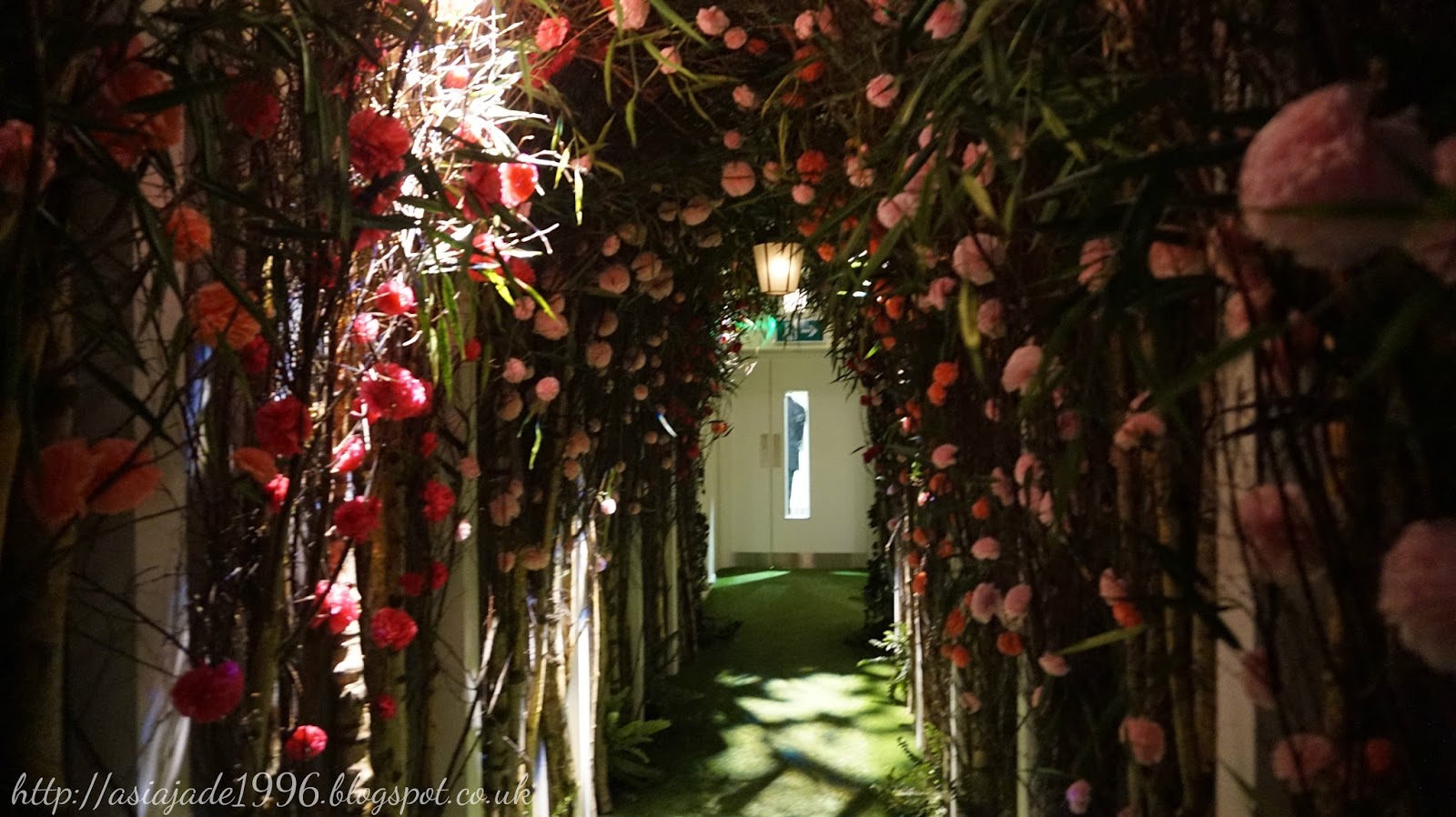 I’d like to say a special thank you to Karyen who paid for everything seeing as it was my birthday. Although I did offer to pay my half she said no haha. We had such a lovely time catching up as we both have busy schedules now (especially me) so we don’t get to see each other as much as we  used to. We have many things planned for the Summer so I’m sure you will see her around on my blog/channel a lot.

Have you been to Forest On The Roof???