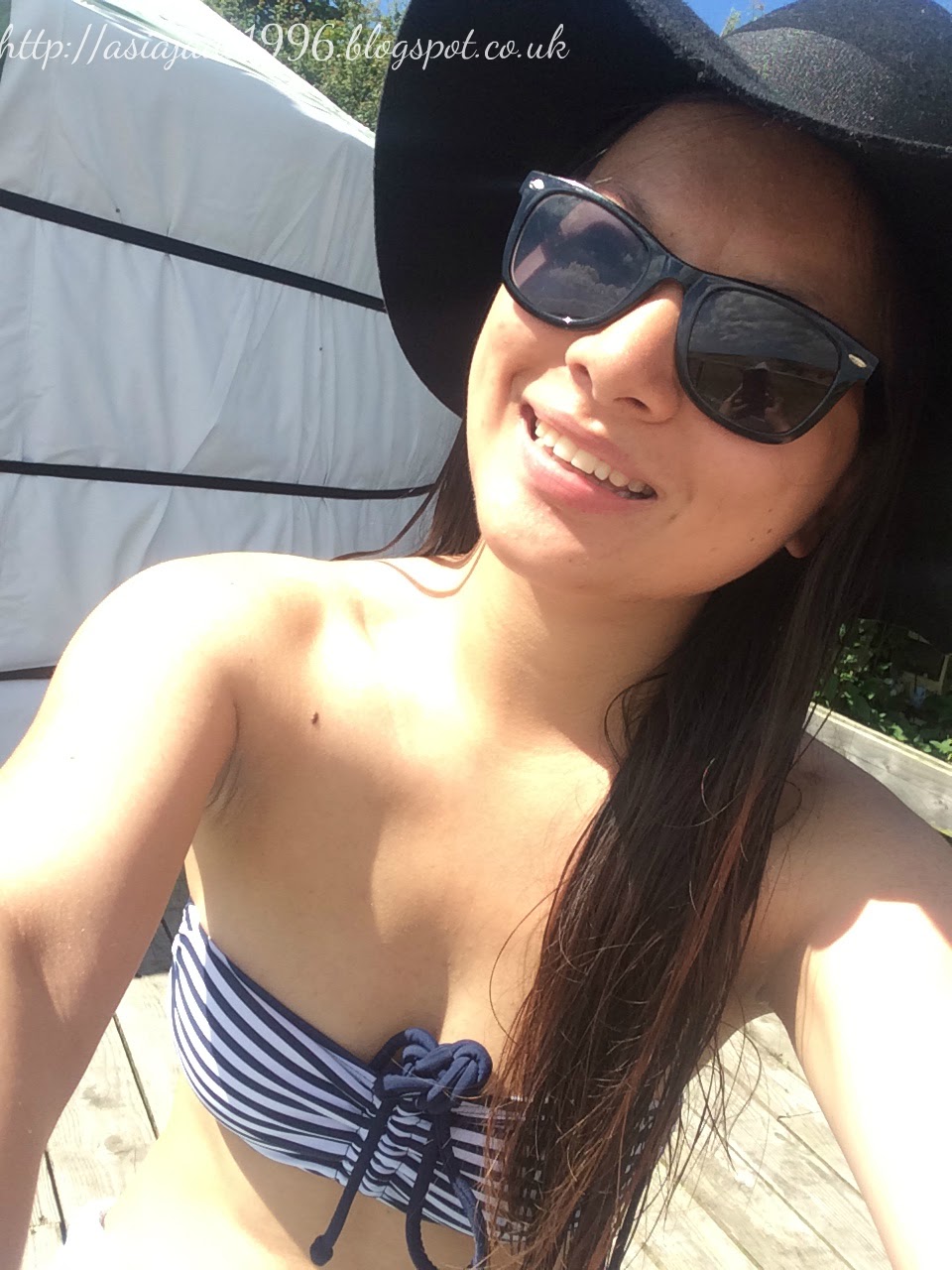 Hey everyone I thought today I would upload the second part of my Glamping 2016 experience. If you haven’t read the first part then you can here. In the first part I mostly expressed how I felt whereas in this part I’m going to share with you what I got up to whilst in Cornwall. We were there for a week which meant we did a lot as well as doing nothing at all. We did a lot of the things we did last year as that’s what you tend to do on this sort of holiday. We have decided to make it a tradition each year now as we all enjoy it so much. 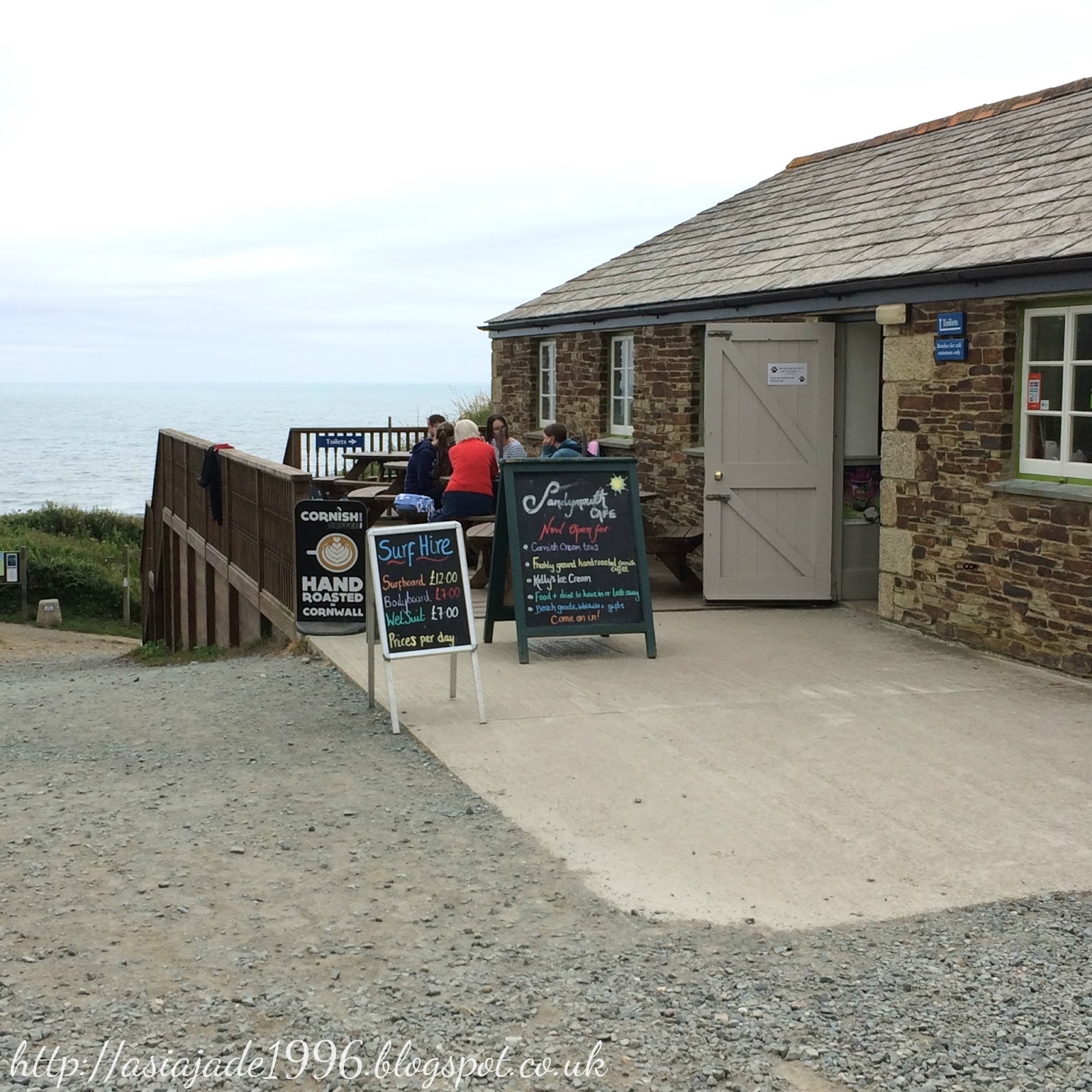 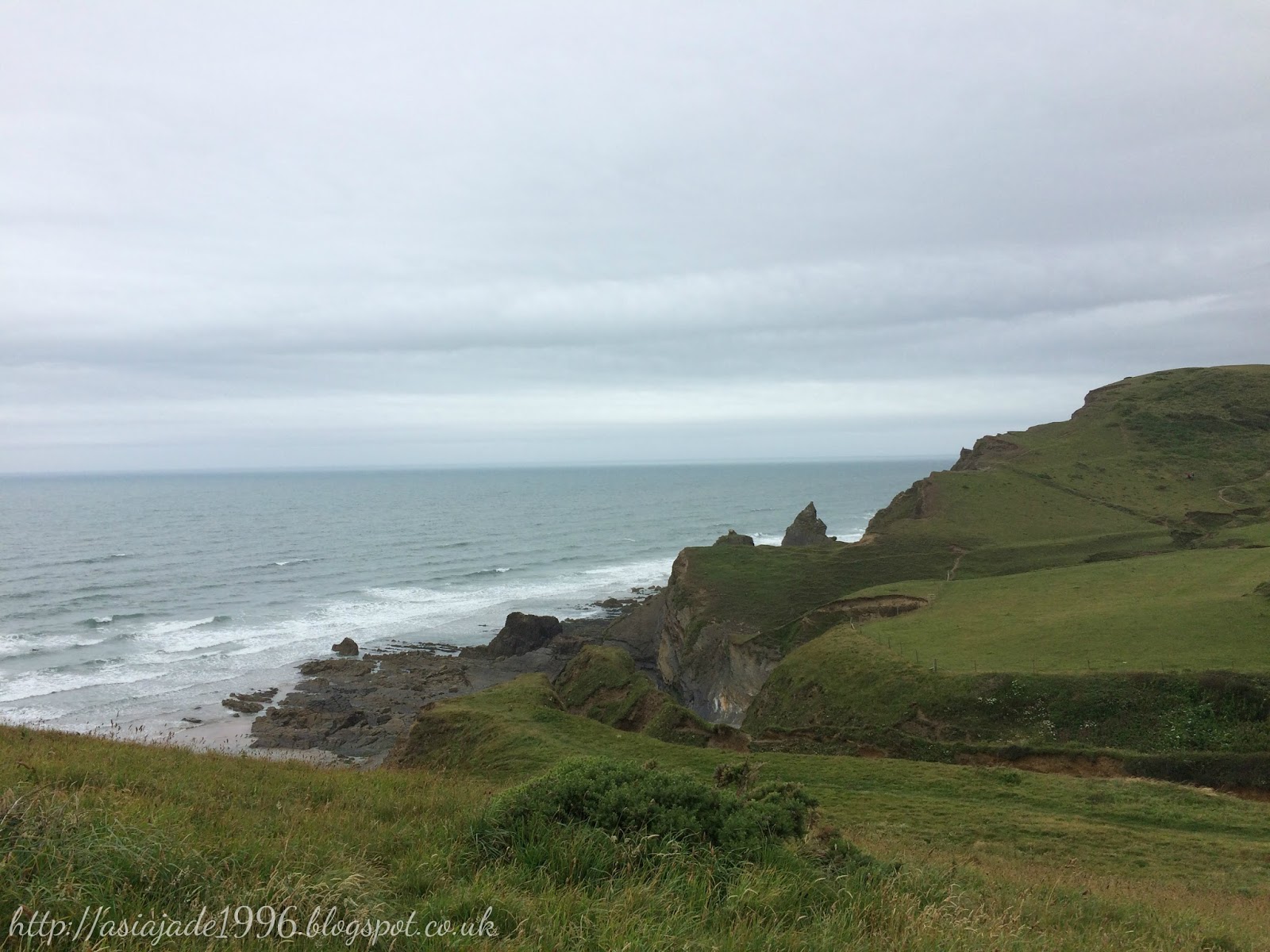 The main thing that we did was go to the beach we went here a good three days out of the week that we were down in Cornwall. The beach that we go to is called Sandymouth it’s one of those beaches which is hidden. You have to go down several windy roads before you reach the carpark.

When I first went last year the beach didn’t seem promising as you can’t see it from the carpark so I thought “hmmm maybe it’s not such a good beach after all”. Little did I know these beaches are the best ones it has a small cafe at the top which serves hot sandwiches, drinks and delicious Cornish ice cream. It’s also where I got my friends and family some Cornish treats on our last day.

So once you walk down the path from the cafe to the beach which FYI takes forever to walk back and makes you all hot & sweaty ew. You come to a pebbly bit which then opens on to the sandy beach that stretches for miles. It’s one of most breath taking beaches I have ever been to and this year I took a walk along it by myself just contemplating life. It was so peaceful. 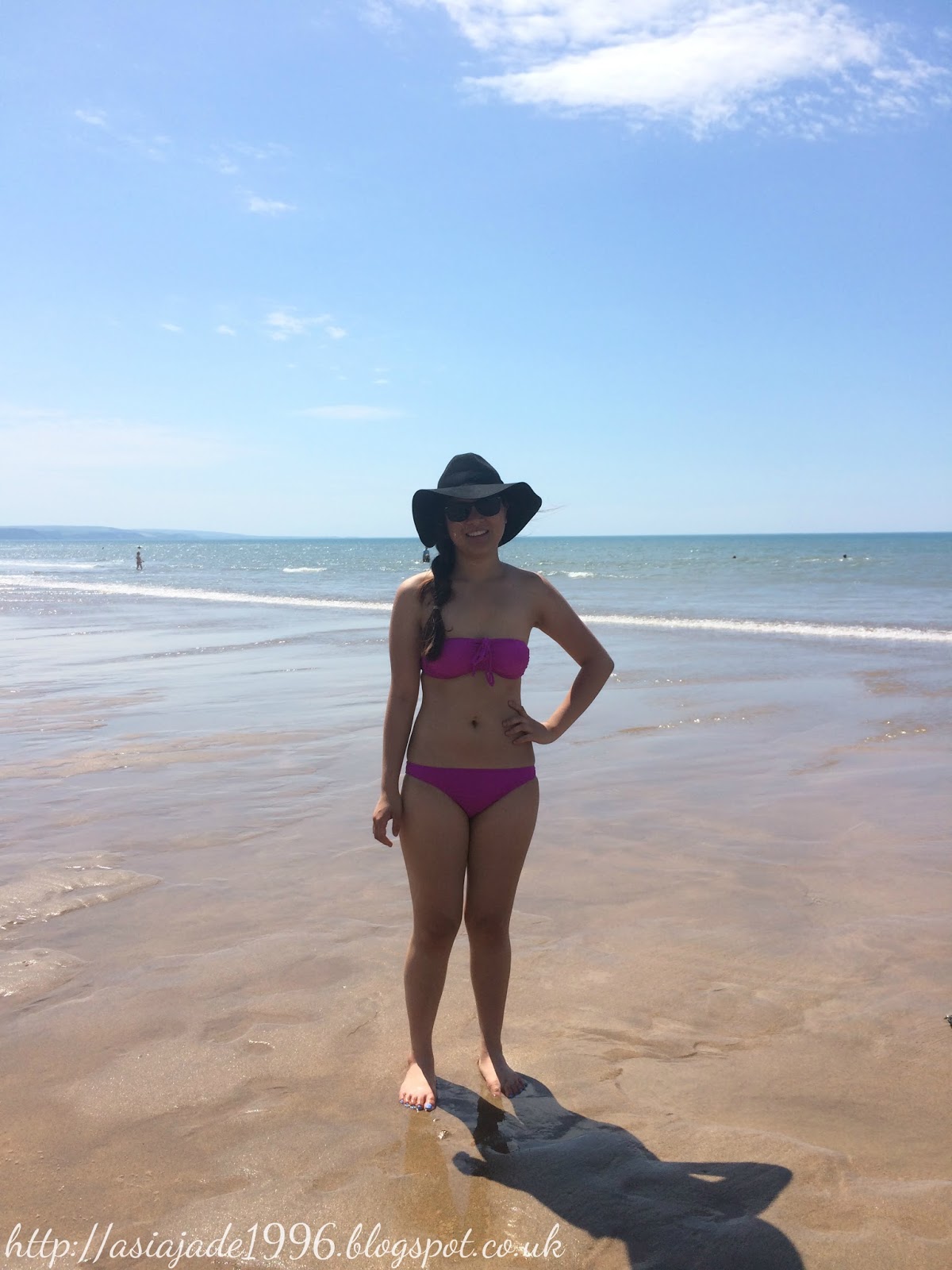 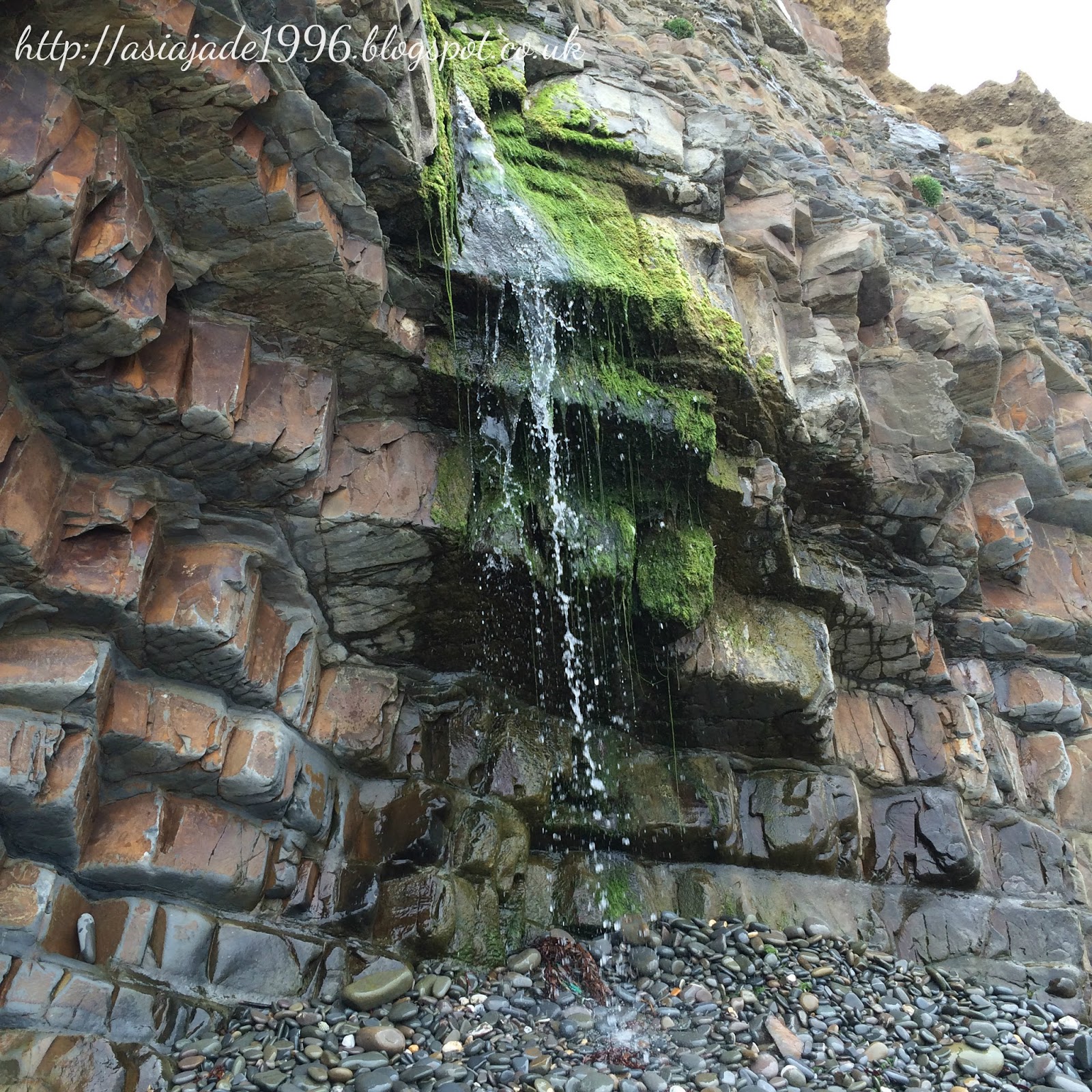 One of the other things that we did this year which we did last year was go to The Milky Way which is a theme park close by to where we were staying. You pay one entry fee and then you can basically do anything you want in side without paying extra. There are so many things to do such as ride on a rollercoaster, go on bumper cars, jump on massive trampoline pillows, play golf, go in the maze or go on the train.

When we first went there last year we were so amazed at how well priced it was as we took my little brother and a few of his friends. So paying one set fee for all of them to do so much is brilliant. It’s also entertaining for adults as we can go on the bumper cars, roller-coaster or play golf as well.

We also went to the local shopping center which is an outlet place. They had a Nike store where we all bought new shoes as they were on special offer. I got a pair of Nike Roshe Runs for £31 when they’re usually £70.  Then we just looked around the shops as many of them had offers on. There was a massive make up store which mainly stocked W7 make up. I was going to buy some but I thought that I had already bought enough haha. 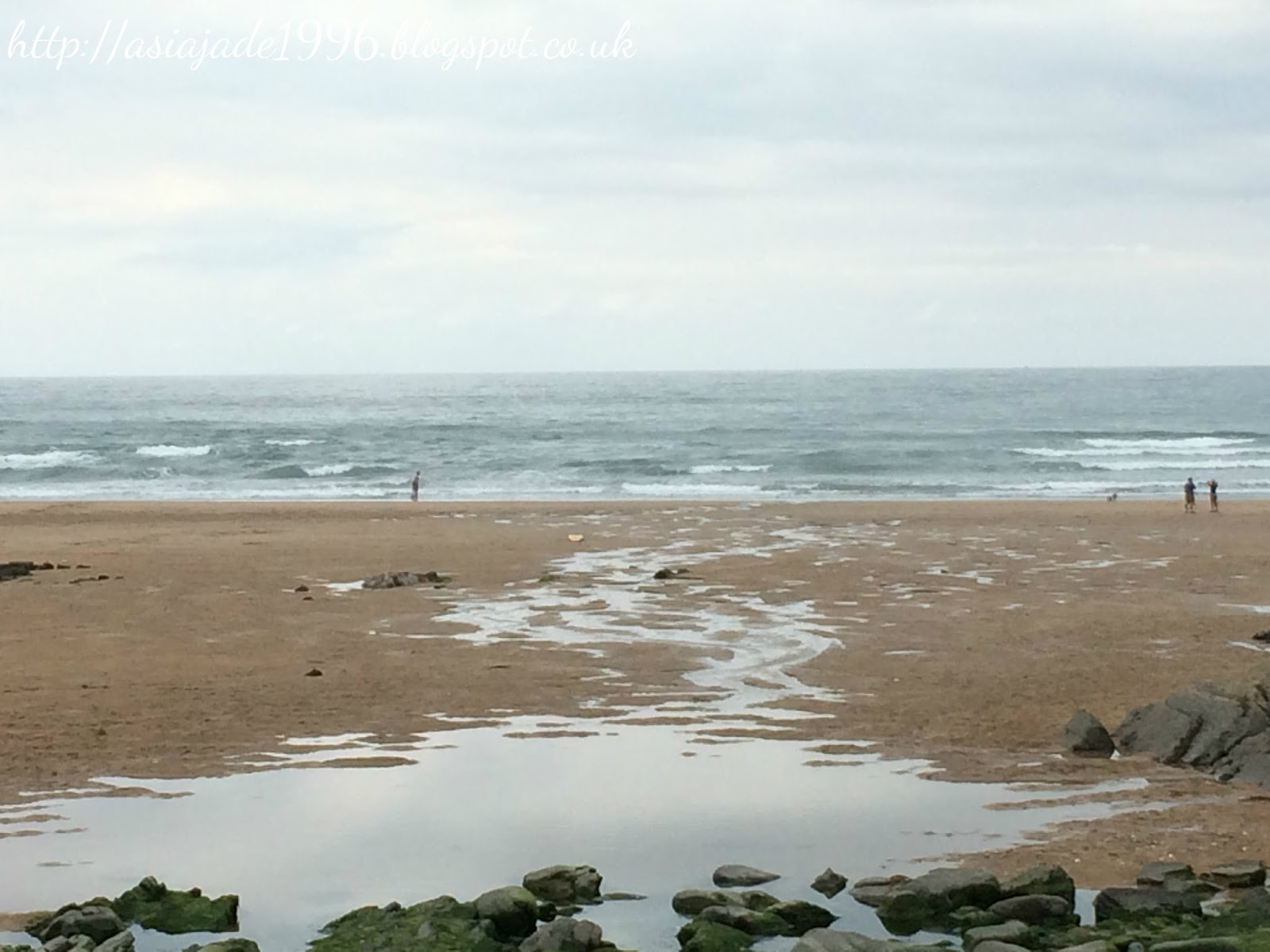 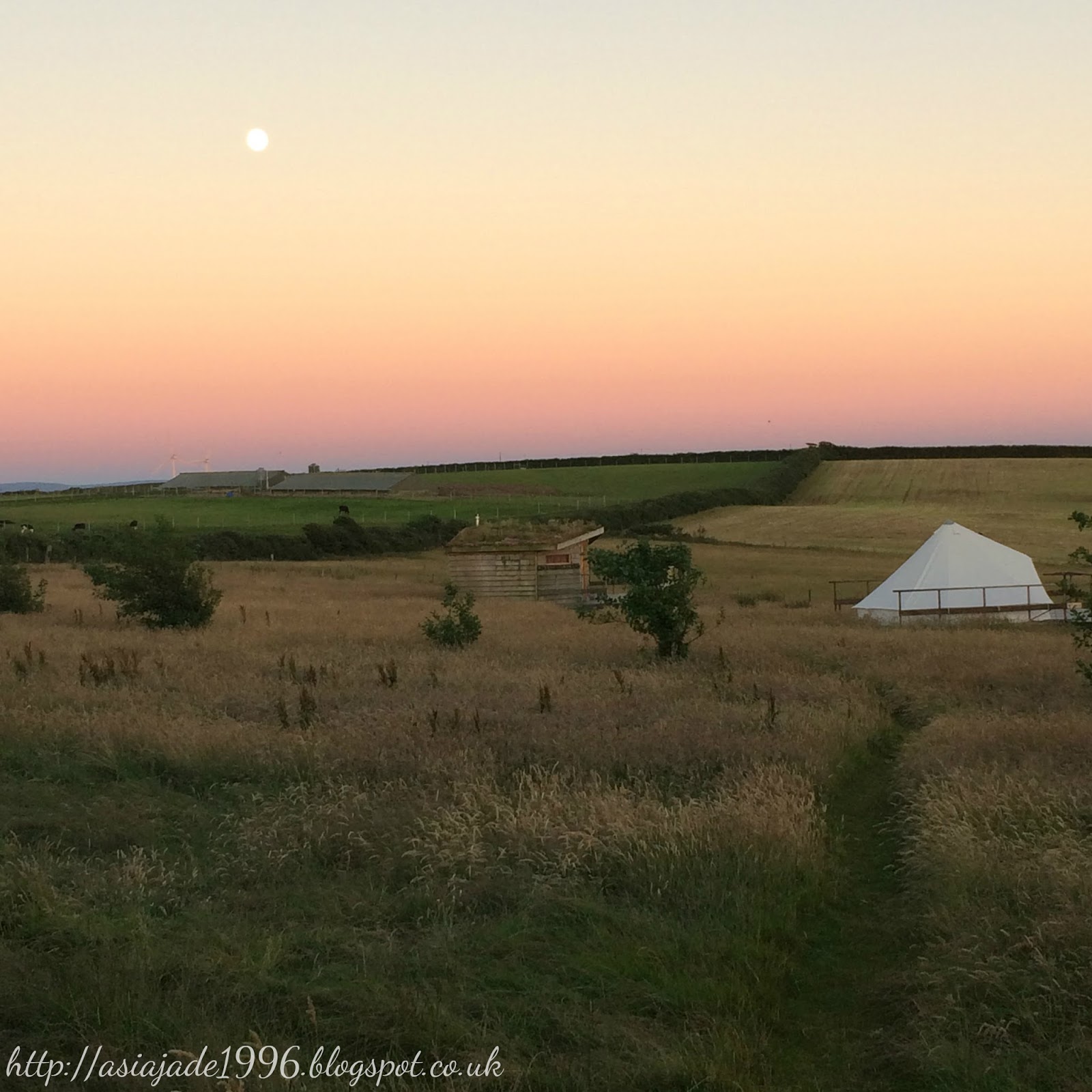 When we weren’t at the beach we were back at camp relaxing. I usually read my book outside in the sun or on my bed in the Yurt. I often took naps in the communal areas as the sofas there were so comfortable! Tea was my go to drink as it was cold in the mornings and evenings. I think I drank about four cups a day which isn’t good for you but I did get decaffeinated tea so that is better than non decaffeinated.

I also ate a lot whether this was breakfast, lunch, dinner or snacks in between I seemed to always be eating. I did say to myself you are on holiday so treat yourself and eat better when you’re home. This is exactly what I have done this week I have been eating really well and I have had the odd biscuit or two here or there but I’m not super strict when it comes to my food.

It was just a really laid back holiday which helped all of us to get away from our every day lives. Especially as I live in London which is very fast pace and can be stressful at times. Cornwall is the complete opposite to this and they do everything 10x slower. It’s something I’d love my kids to experience when I have some because it’s so important for kids to play outside.