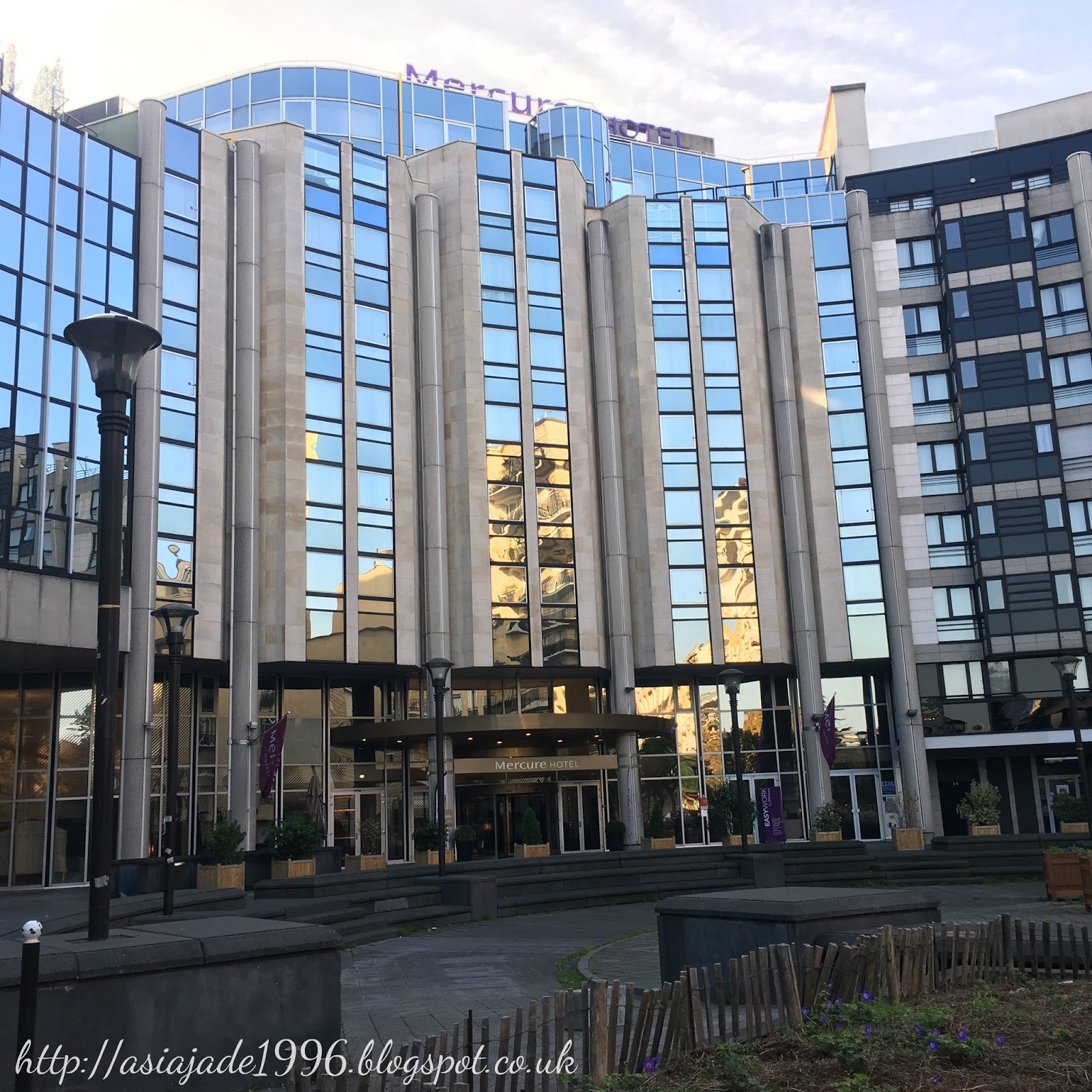 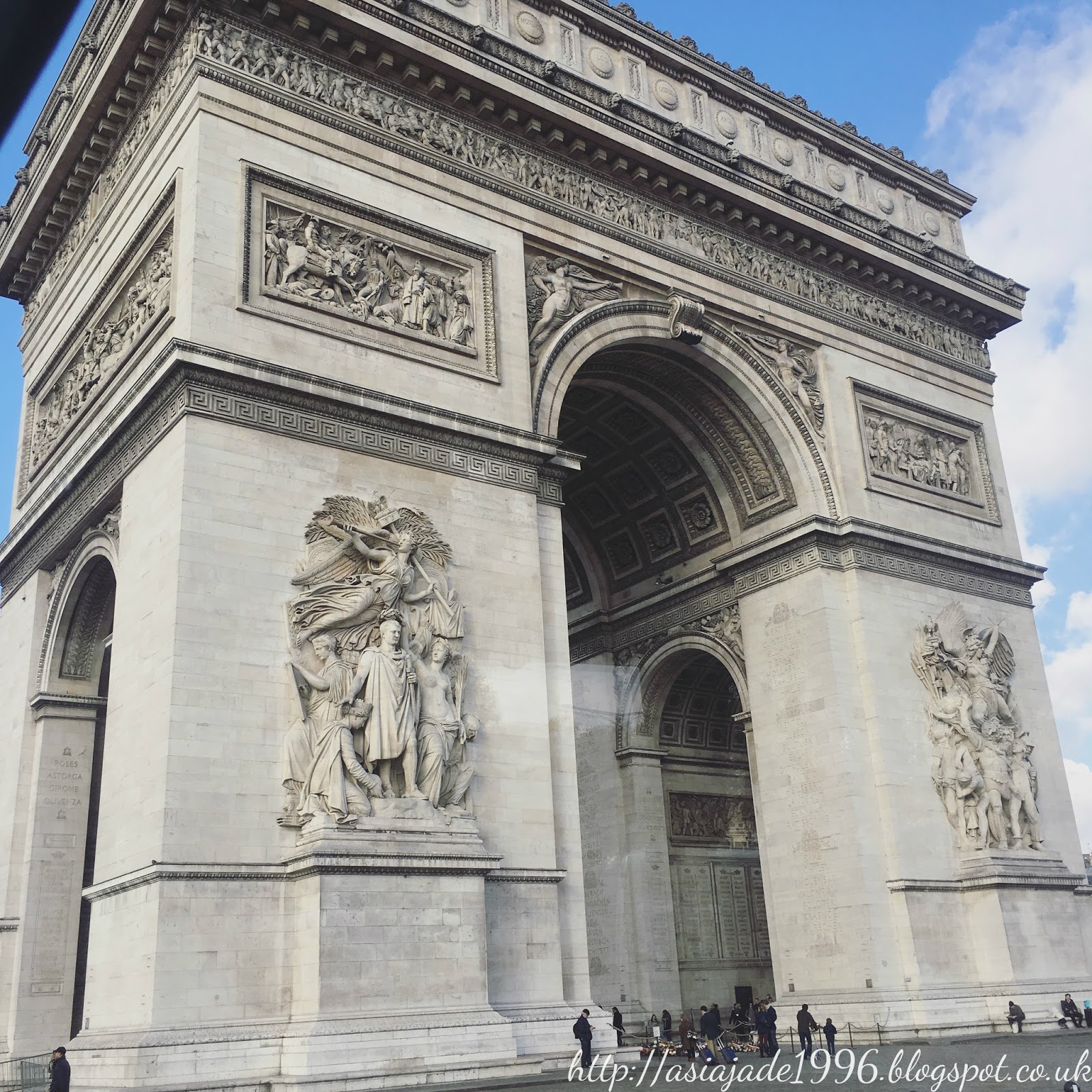 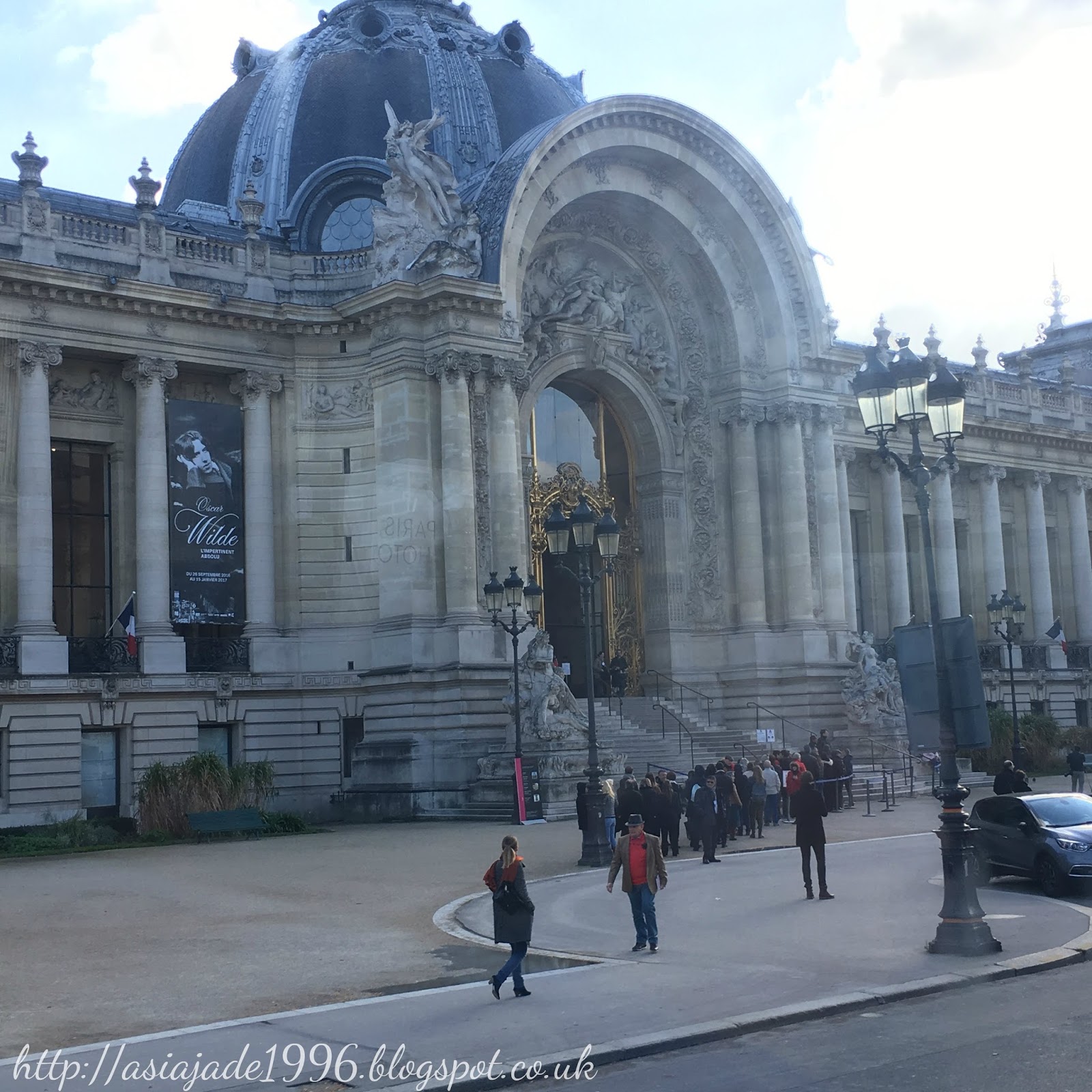 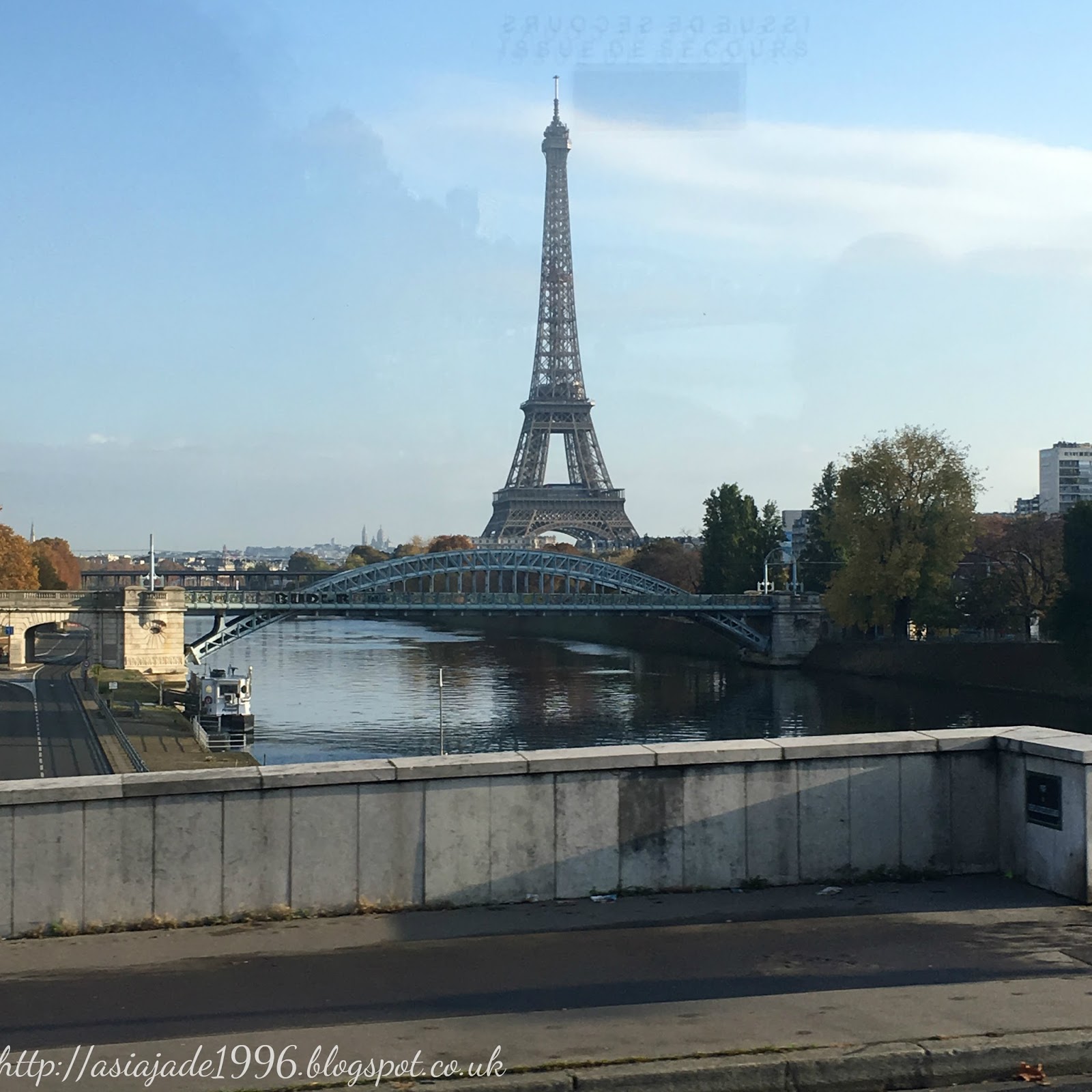 Hey guys I’m back with my second part to my Paris trip. This is day 2 which was actually our first full day in Paris. We got up early and had breakfast as we had to be on the coach by 9.30am which is very early for my mum.

The breakfast in the hotel was really nice and there was lots of different options to choose from. I chose to have some pancakes and a bowl of fruit and yogurt together. We then sat on the coach for a few hours whilst seeing the sites of Paris. We got off a few times to take a few photos.

I was pretty tired from the night before as I didn’t sleep that well so I decided to try and take a nap as I knew I would see it all again the next day when we went exploring ourselves. Once we had driven around Paris for a few hours we then made our way to Versailles which was about a 45 minute drive. 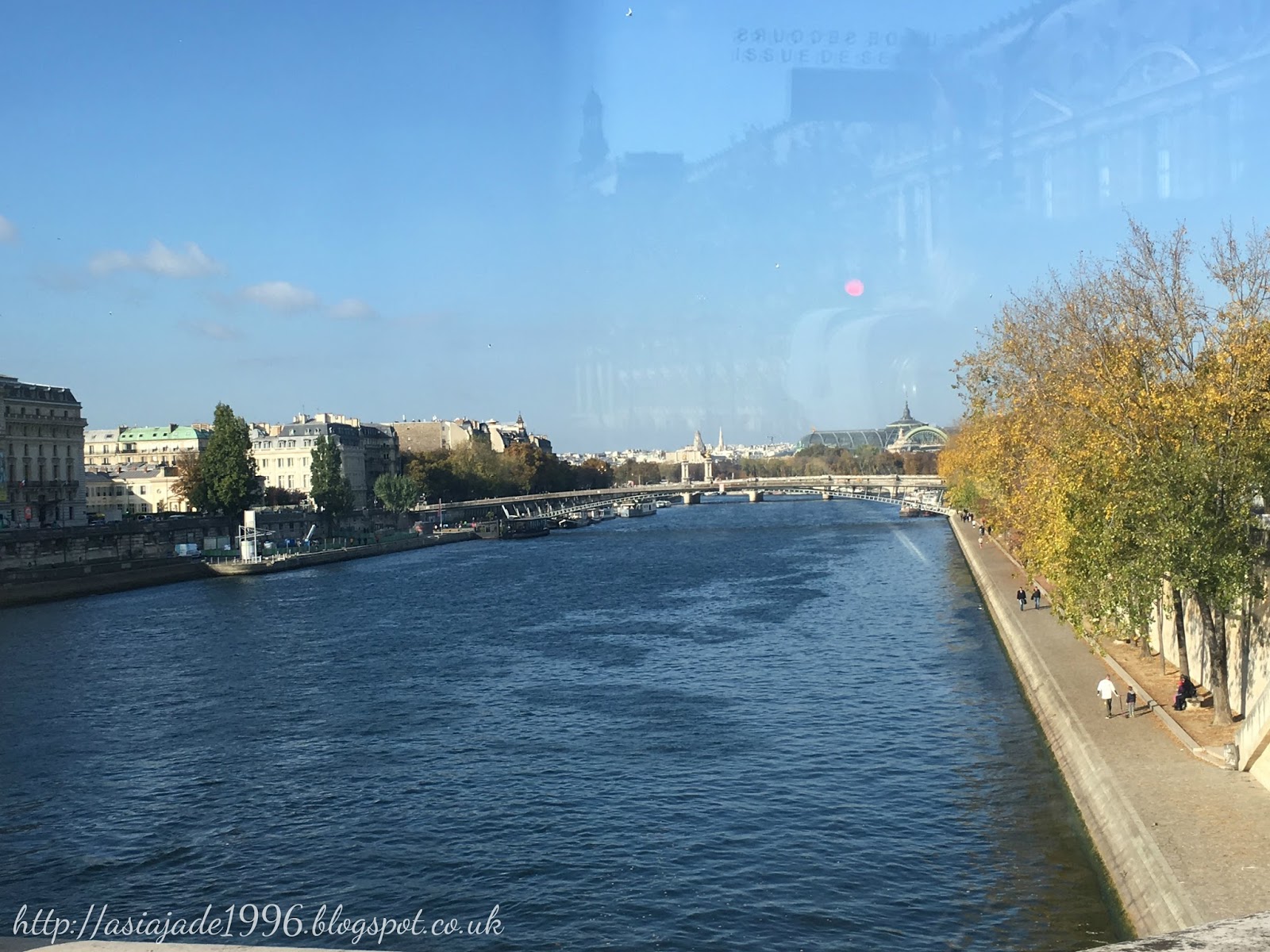 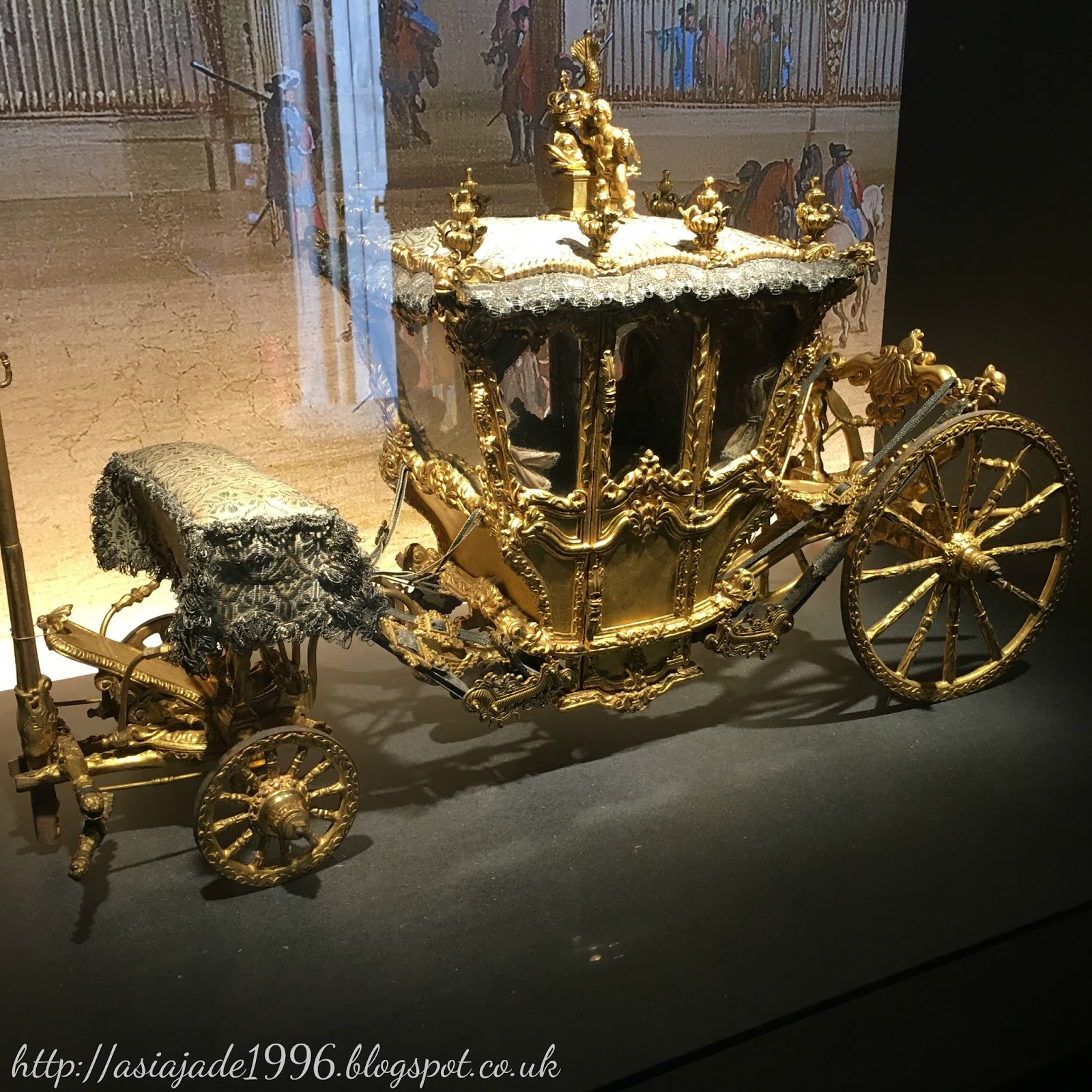 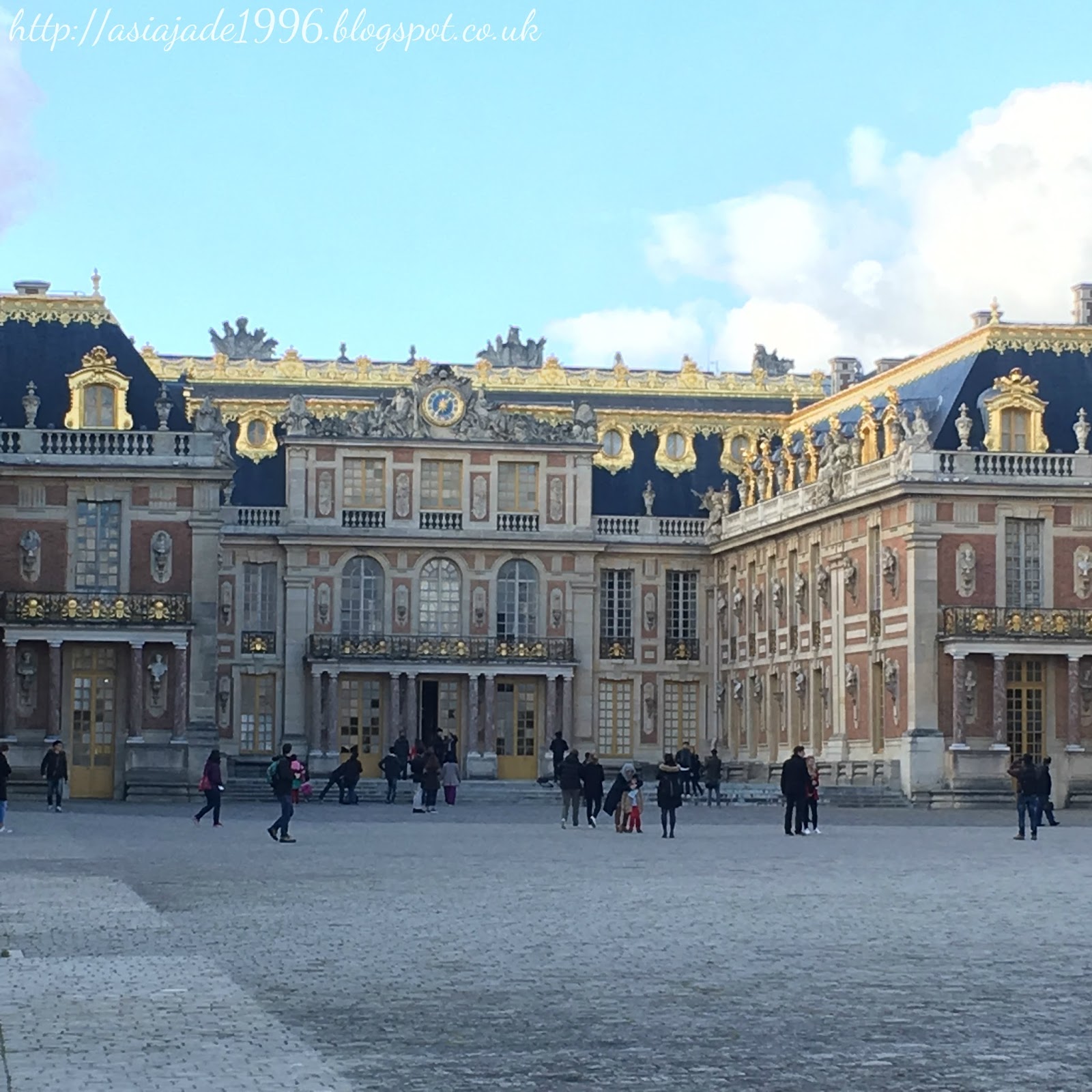 We arrived at Versailles which is where the Palace is and were given a few hours to wonder around. Mum & I decided to visit the building opposite the palace where the carriages were kept as well as the horses. They were so beautiful as each one had a different design. Although they did have life-size models of horses which I didn’t like.

The que to go inside the palace was massive so Mum and I just decided to look around the gardens which was free. We had already bought lunch the day before so we had a little picnic which was really nice as the views were amazing. It was quite cold as we were so exposed as there was a lot of open space.

The gift shop was really cute and I got a postcard to add to my collection as well as a lovely small bottle of perfume which was on offer. I would like to see the inside of the palace one day but I wasn’t prepared to stand in the massive que in the cold that day. 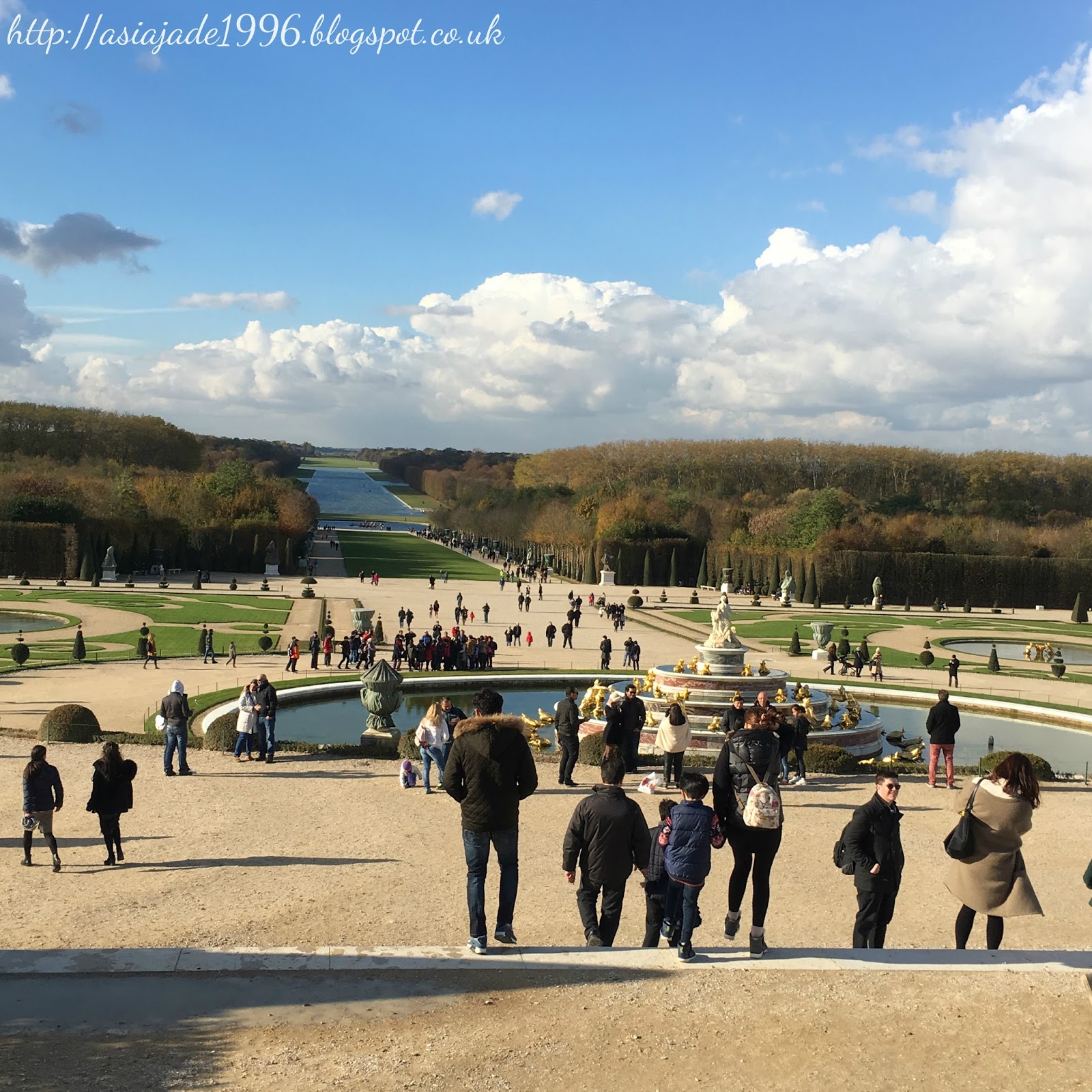 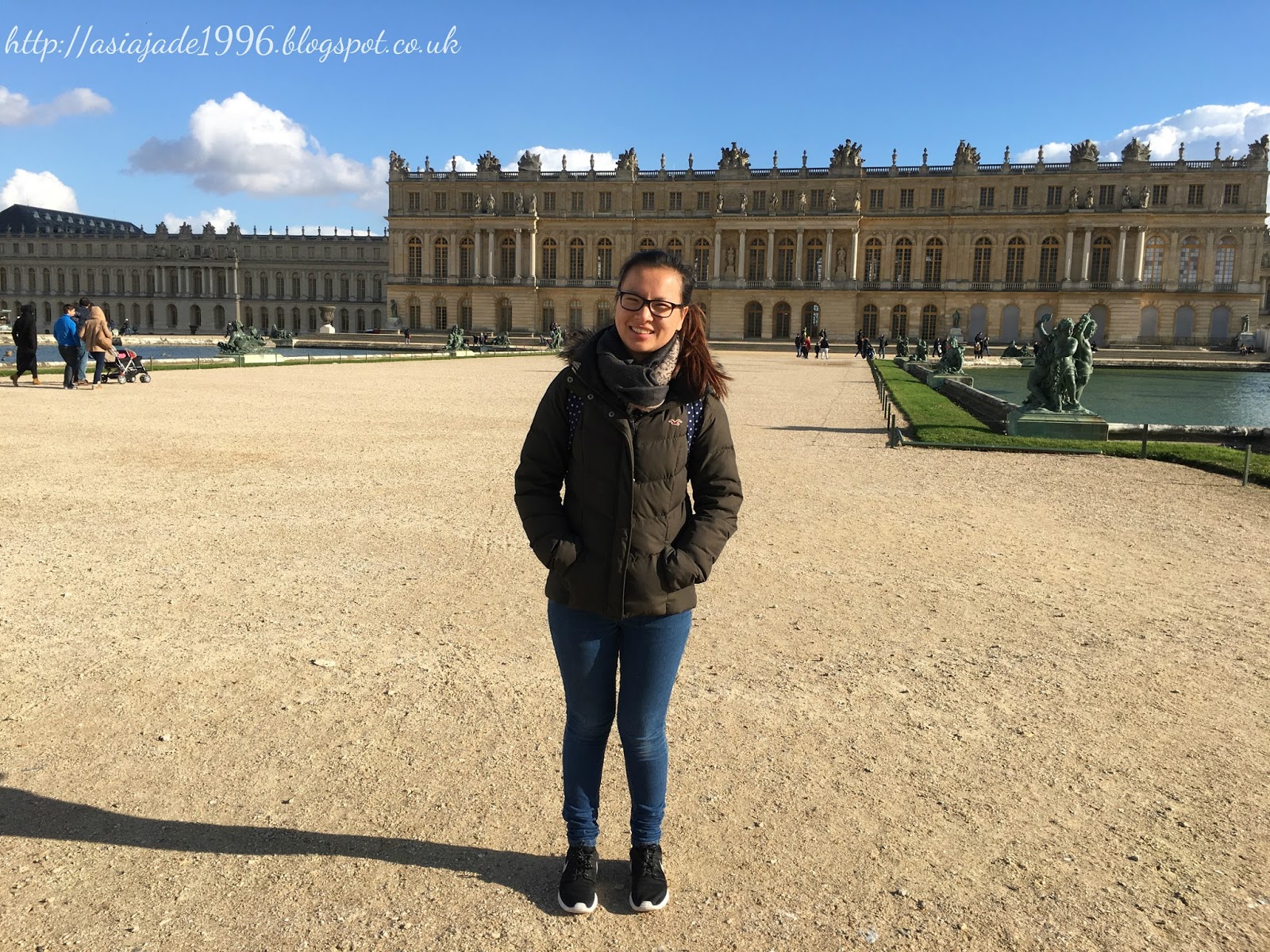 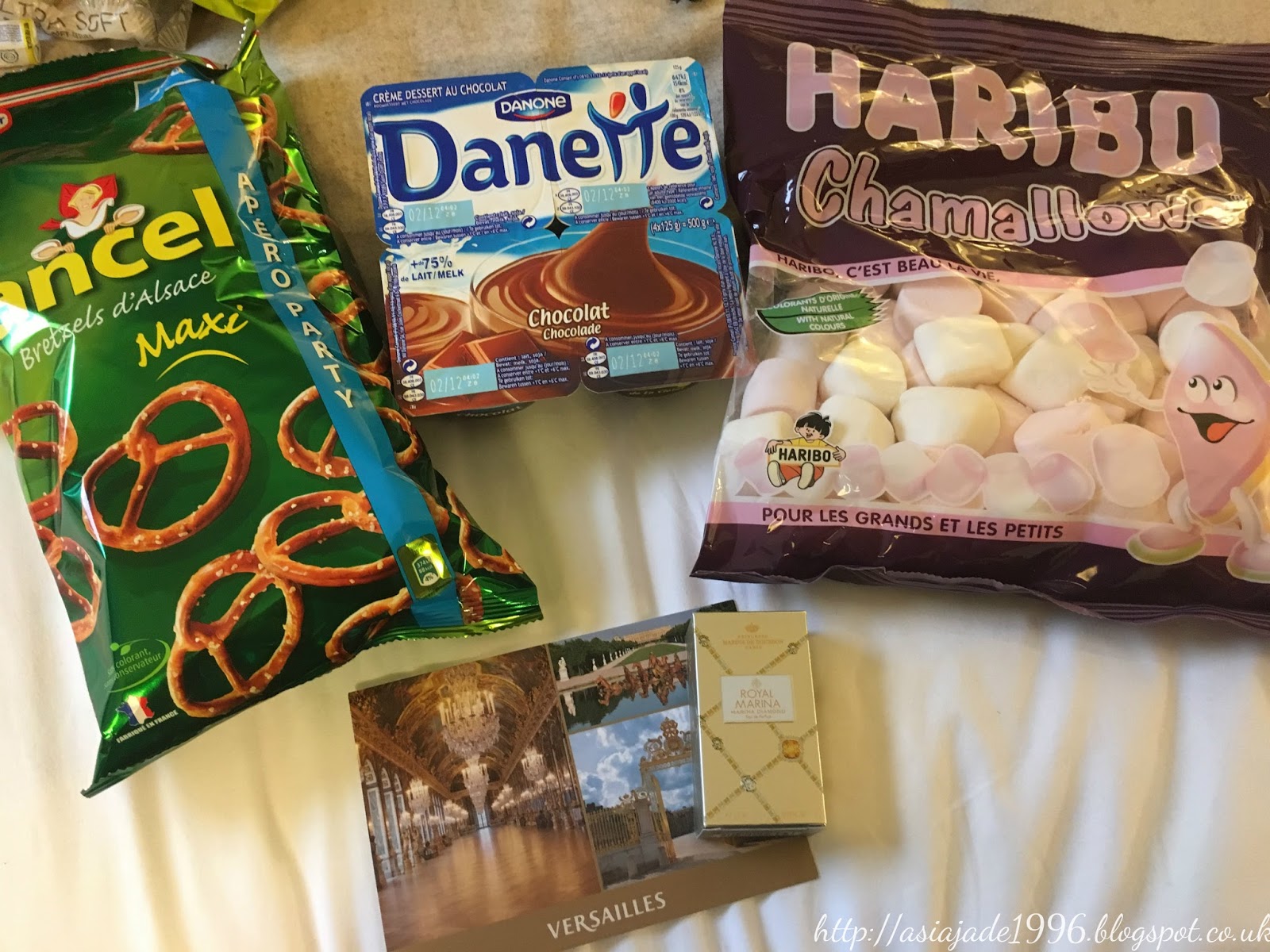 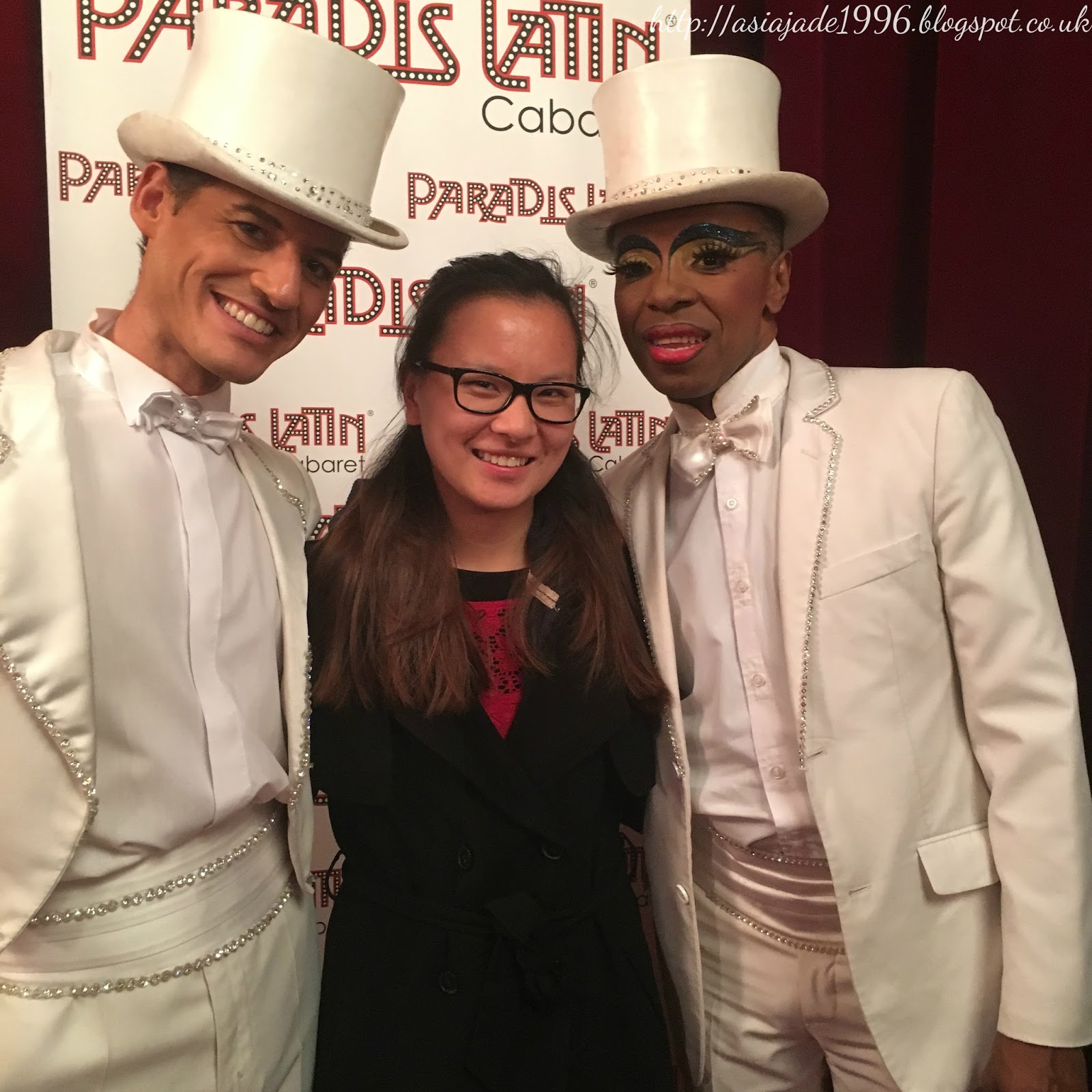 We then all went back to the hotel and popped to the local supermarket to pick up some essentials. We then went back to the room where we had a nap and got ready to go out again in the evening. That evening we went to a cabaret which I had never been to before. It was a group activity so everyone on the trip went and we had dinner before watching the show.

The food was really nice which is always good. I had never seen a show like it before there was a lot of nudity which I wasn’t expecting. It was mainly the women who were nude rather than the men. It did make me feel a bit awkward at times I enjoyed it as some of it was amazing. There was this one Asian lady who was an acrobat and she could do all sorts of moves.

However, overall I’d give it a 5/10 the whole production wasn’t as good as I was expecting it to be. The choreography could have been better. Even I could have done it and I can’t dance to save my life. I wasn’t a fan of how sexual it was at parts.After that we just went back to the hotel and fell asleep as we had to get up early again the next day for a whole day of exploring.