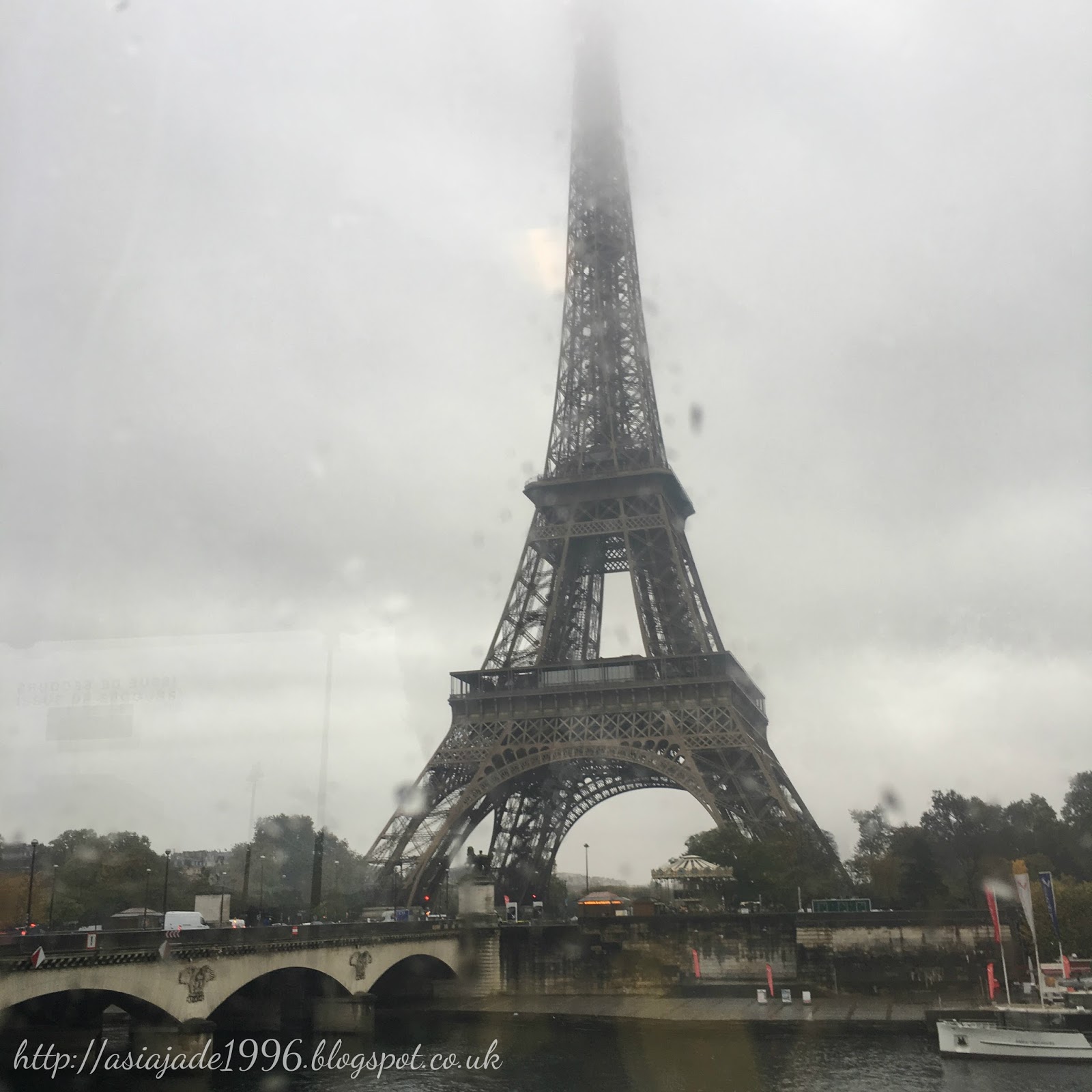 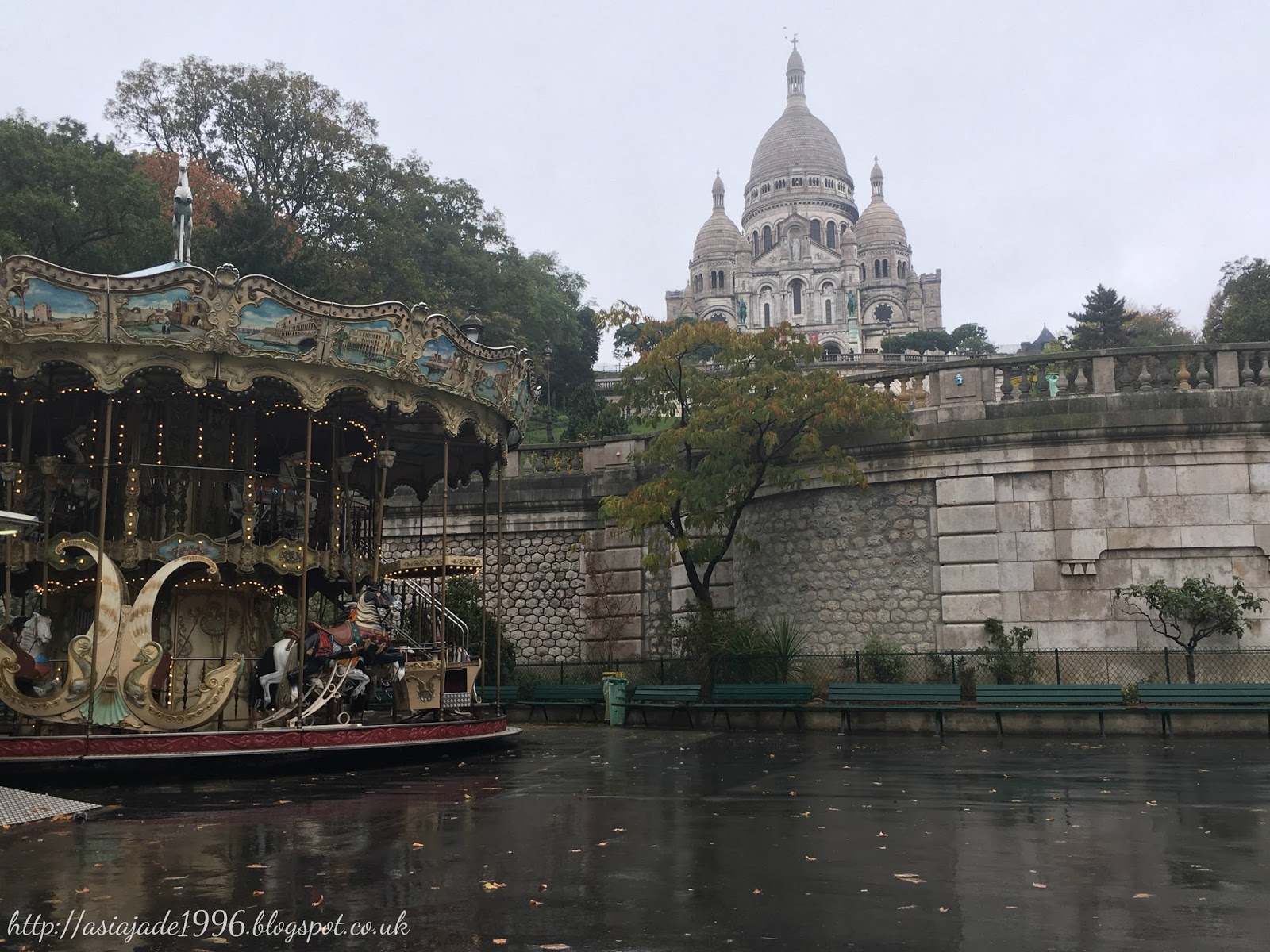 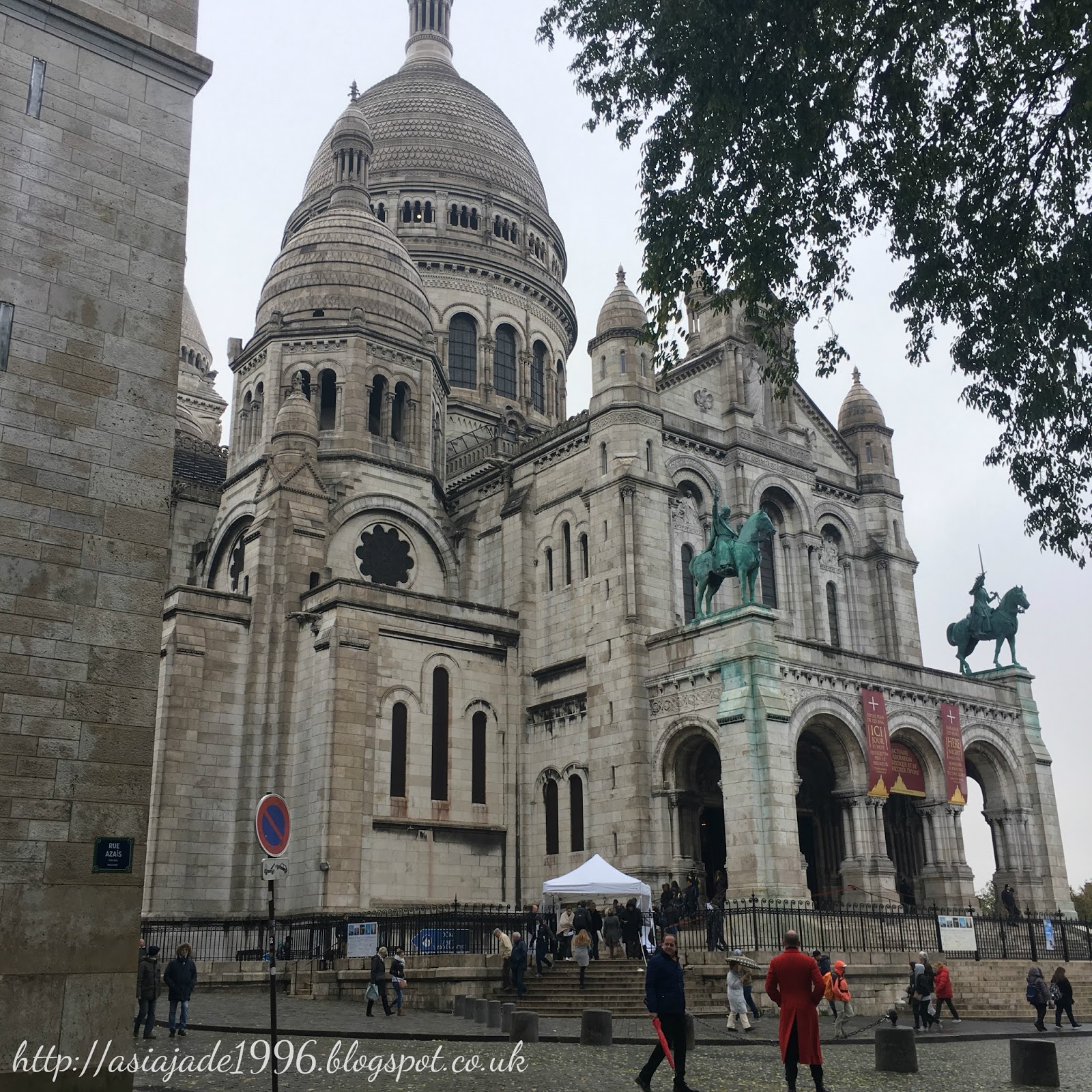 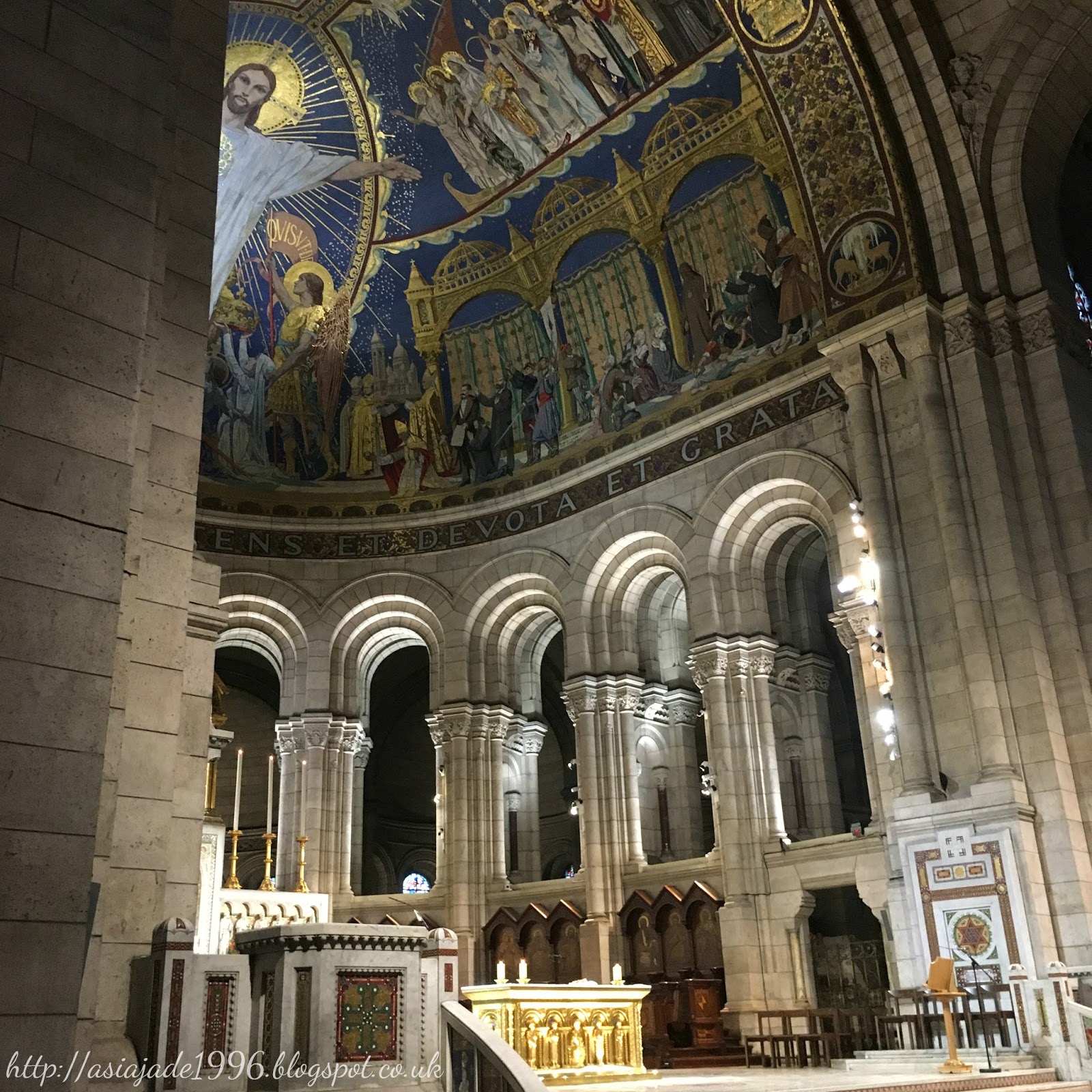 Hey guys I’m back with another blog post about my trip to Paris. This time it’s all about day three which was our second full day in the wonderful city. As you can probably see from the first image it was quite a foggy morning you couldn’t even see the top of the Eiffel Tower.

We first made our way to Montmartre which is a part of the city that is very arty and theatrical. It’s also where the Moulin Rouge is and where the film was set. The main reason why we were there was to see the beautiful Sacré-Cœur which is a iconic, domed white church.

The views from the top of the hill where the Sacré-Coeur was were amazing. It’s a shame that it was so foggy because you would have been able to see a lot more. We then grabbed some lunch to-go as we were going on a river cruise after. 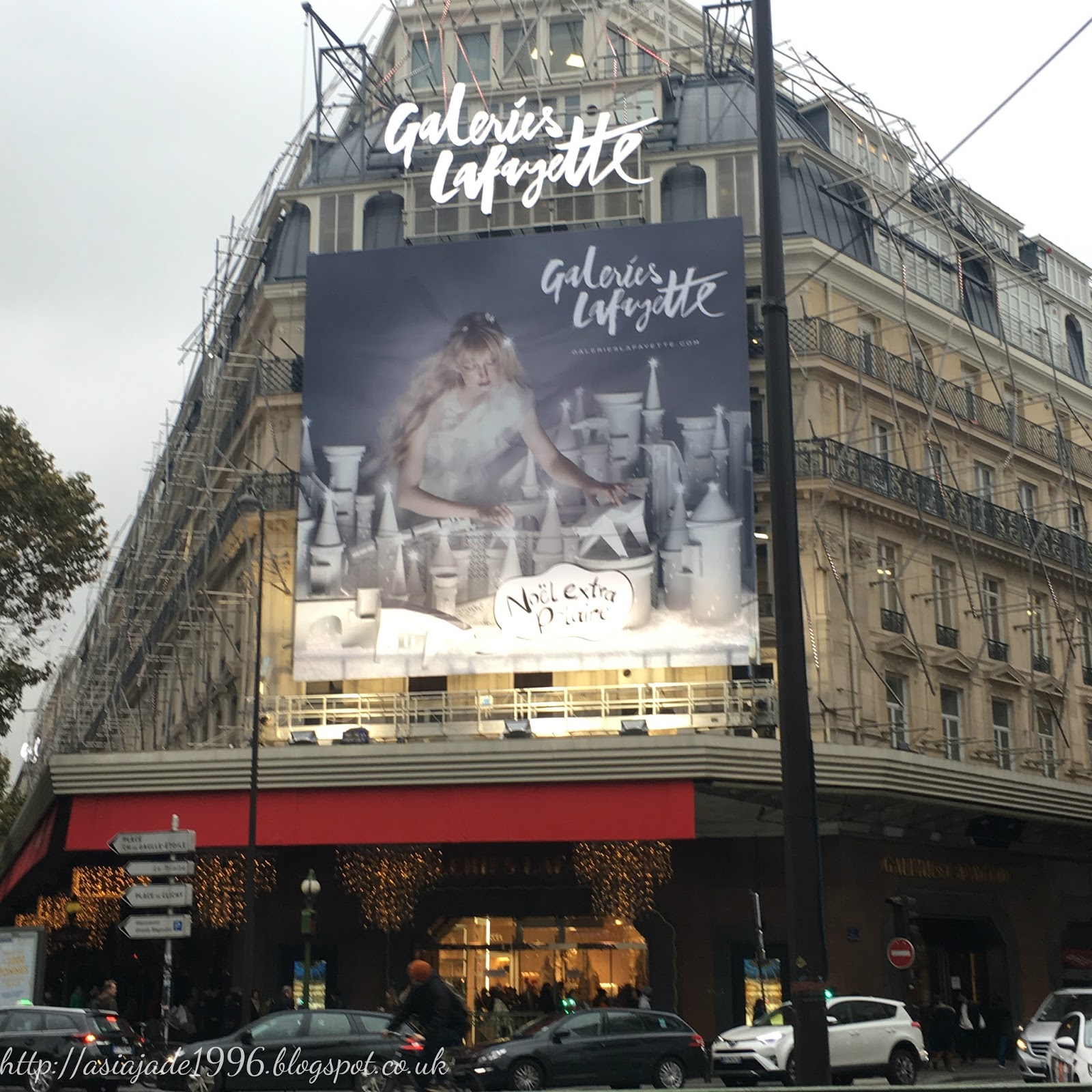 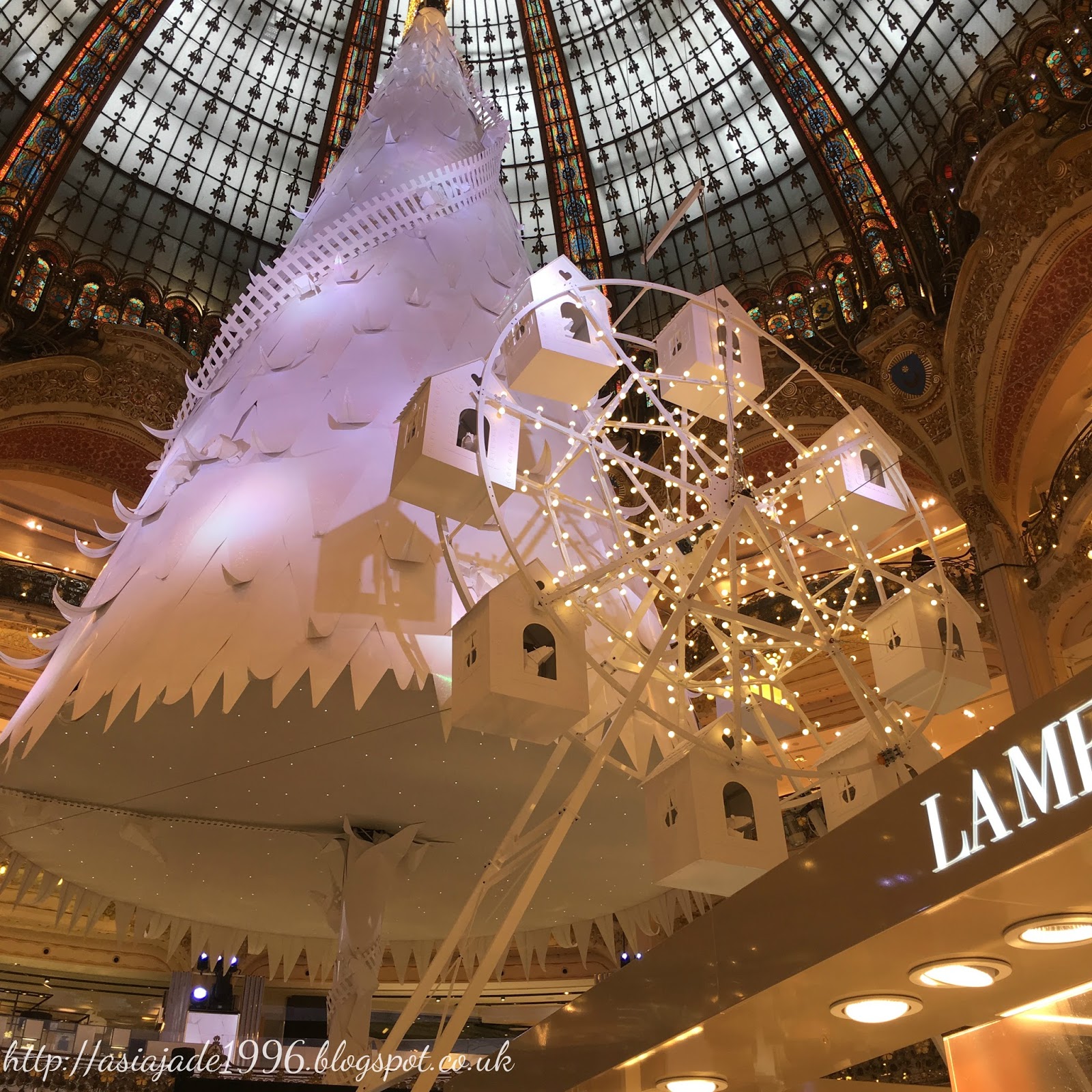 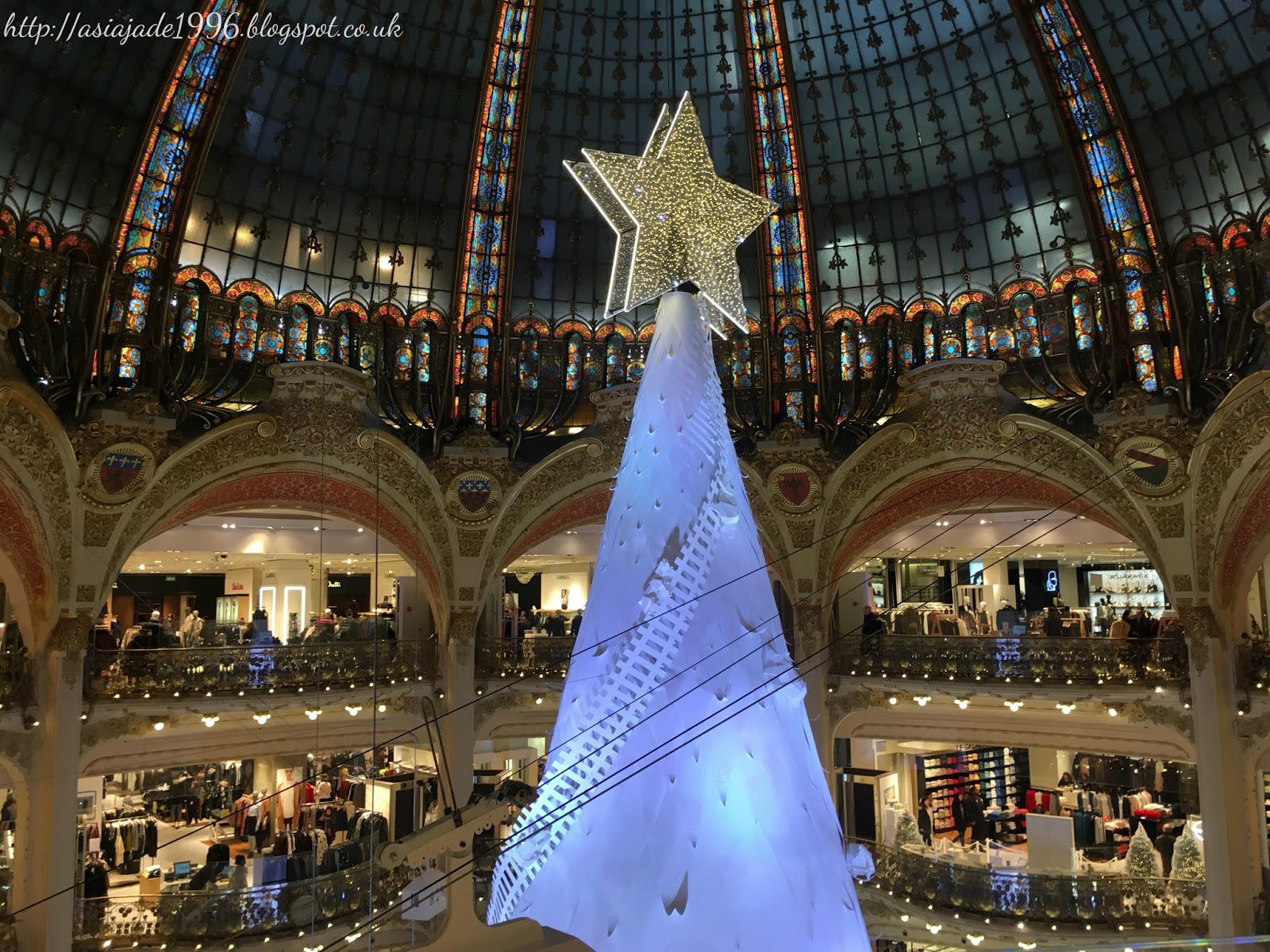 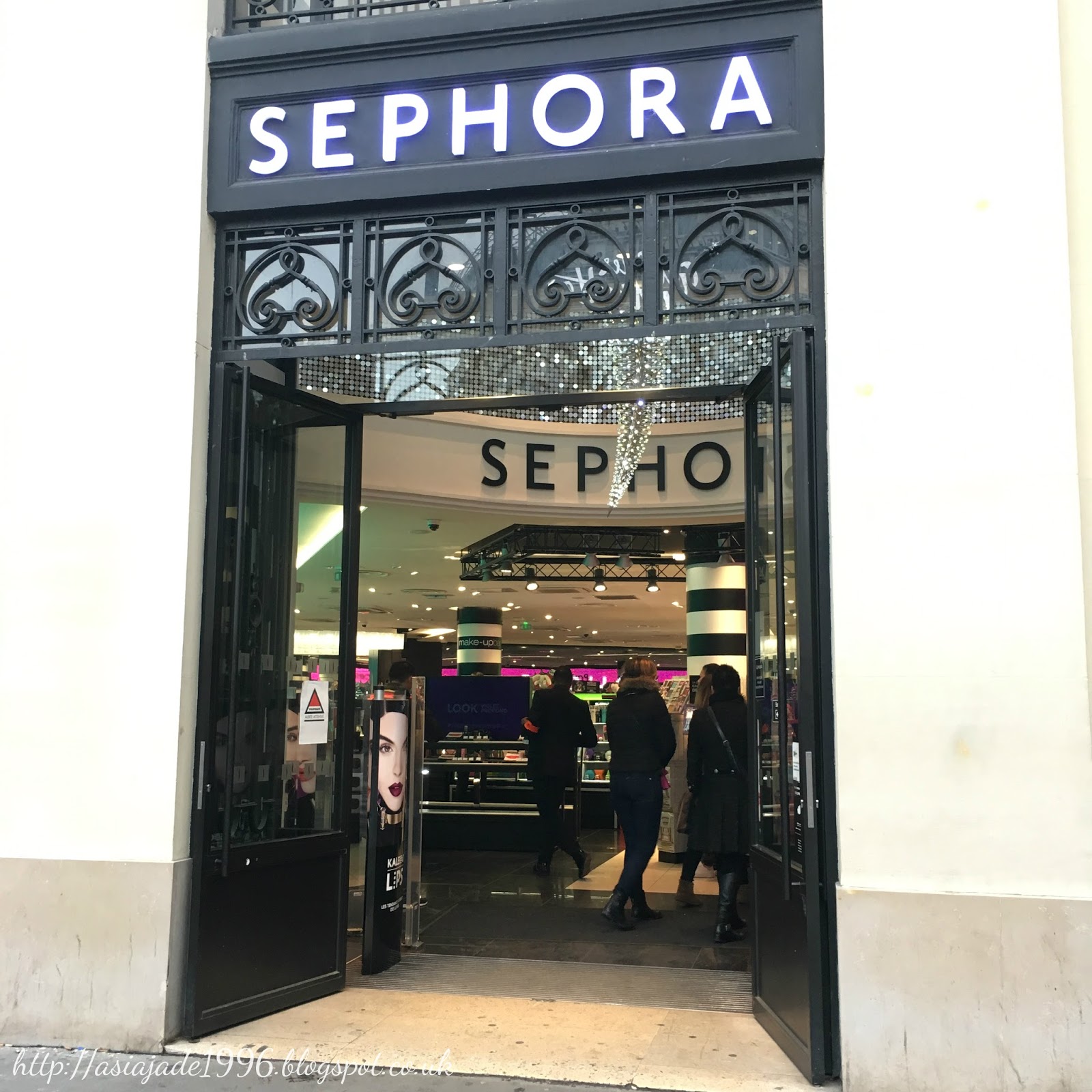 The river cruise wasn’t amazing as I had seen lots of the sites already whilst going around on the coach. However, it was a nice break from walking around and I know that Mum & I both appreciated it from that perspective.

Once we had finished our hour long river tour we then had some free time. Mum and I had wanted to visit this big department store called Galeries Lafayette which is similar to John Lewis. However, this one was so big it had three separate stores for the different departments.

We spent at least two hours in there as it was so amazing. The Christmas decor was to die for I loved it so much. They even had a Disney store inside which made it 10x better. Unfortunately we didn’t get to see the Christmas window displays as they were still covered up. We then took a trip to our first Sephora which was so exciting as I had been thinking about visiting one ever since I knew I was going to Paris. 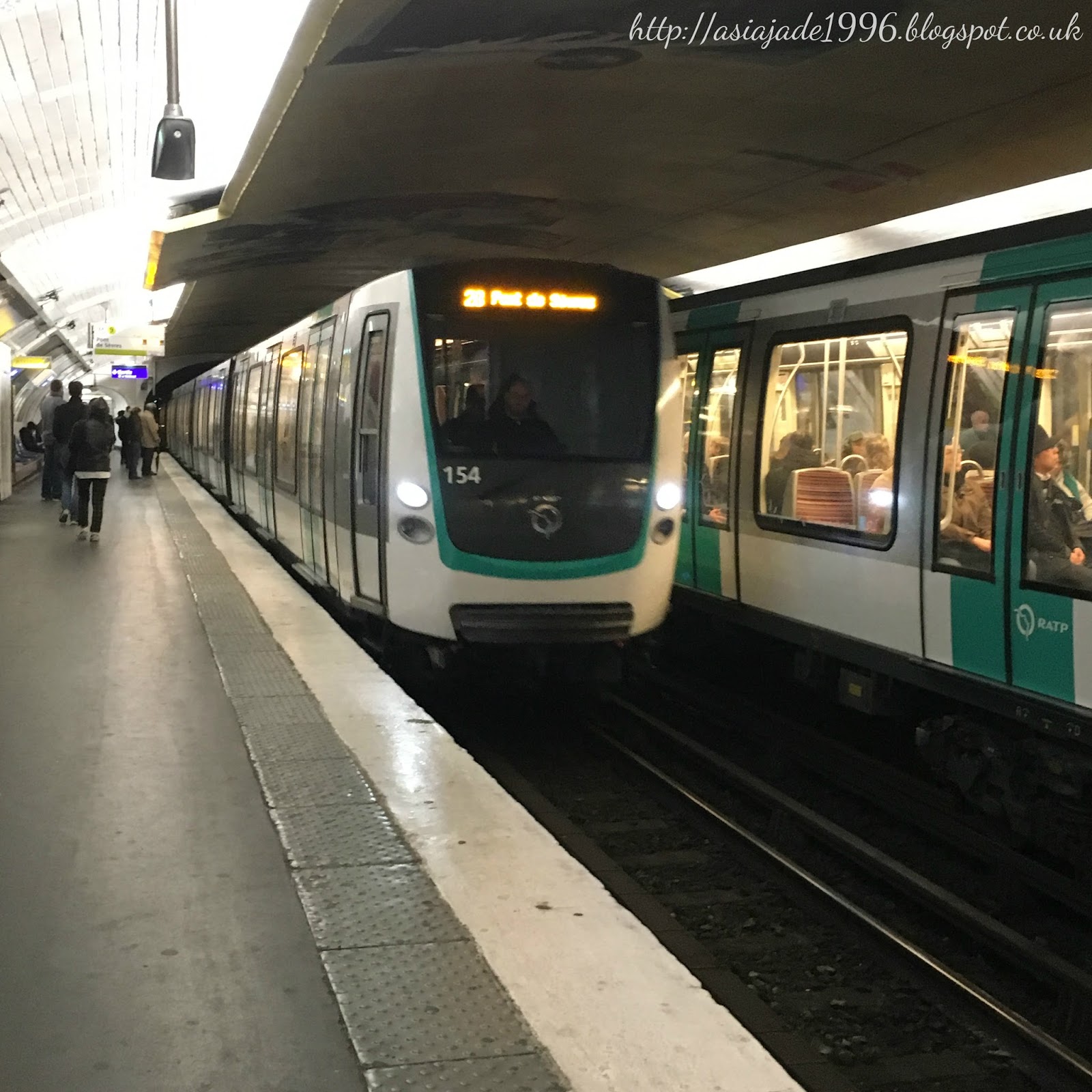 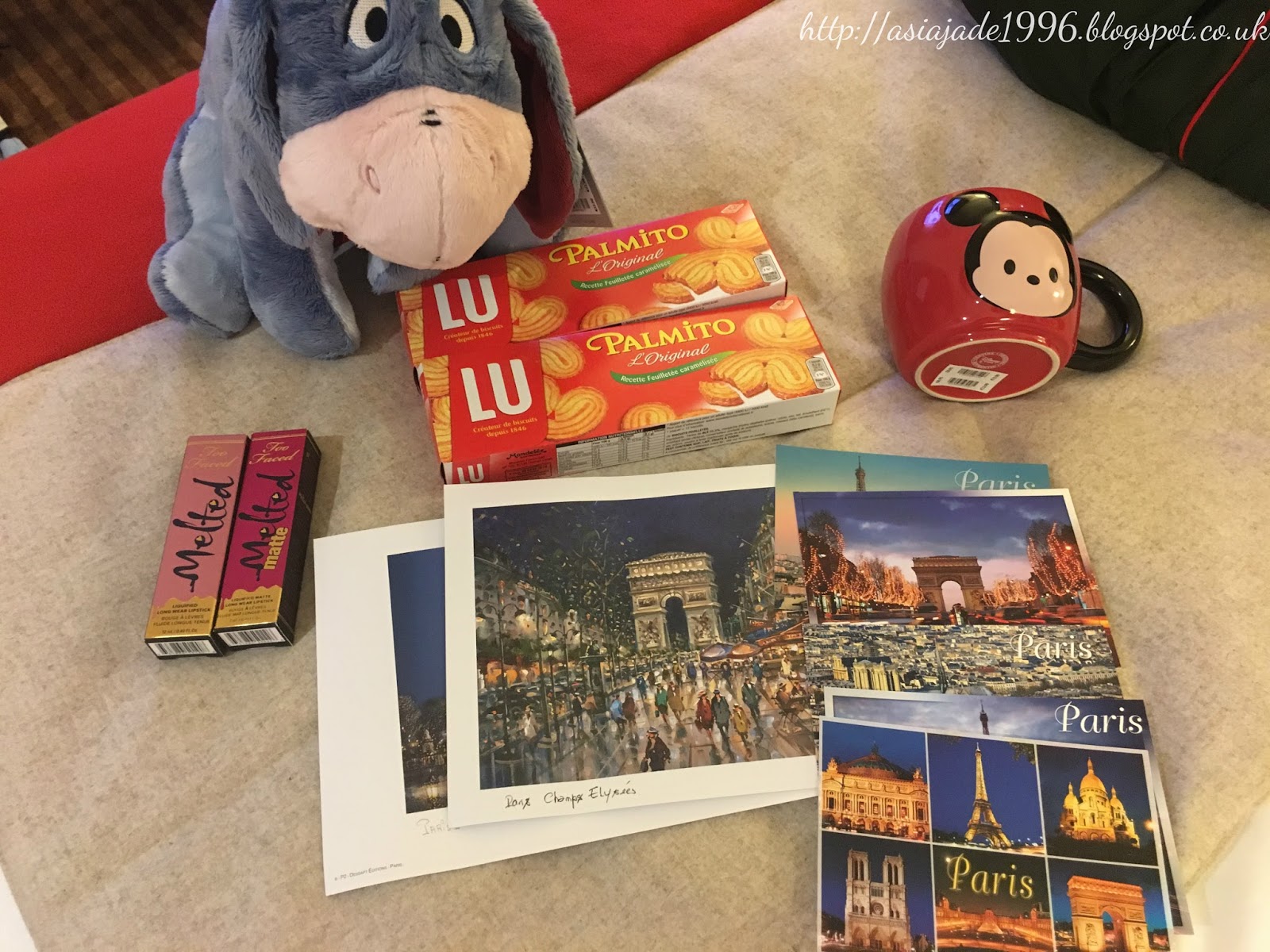 After shopping for several hours we took the train back which was so much fun. I was a little apprehensive to take the train in Paris as I was my first time and I didn’t know if it would be safe of not. But my Mum had been on it before and she had assured me that it was fine to take.

It was really easy to work out considering everything was in French. Both Mum and I speak French although not as well as we used to so between us we could work things out. I bought some postcards and art from the Sacré-Cœur as well as two things from the Disney store. Of course I had to buy some of my favourite biscuits as well as some lip products from Sephora. 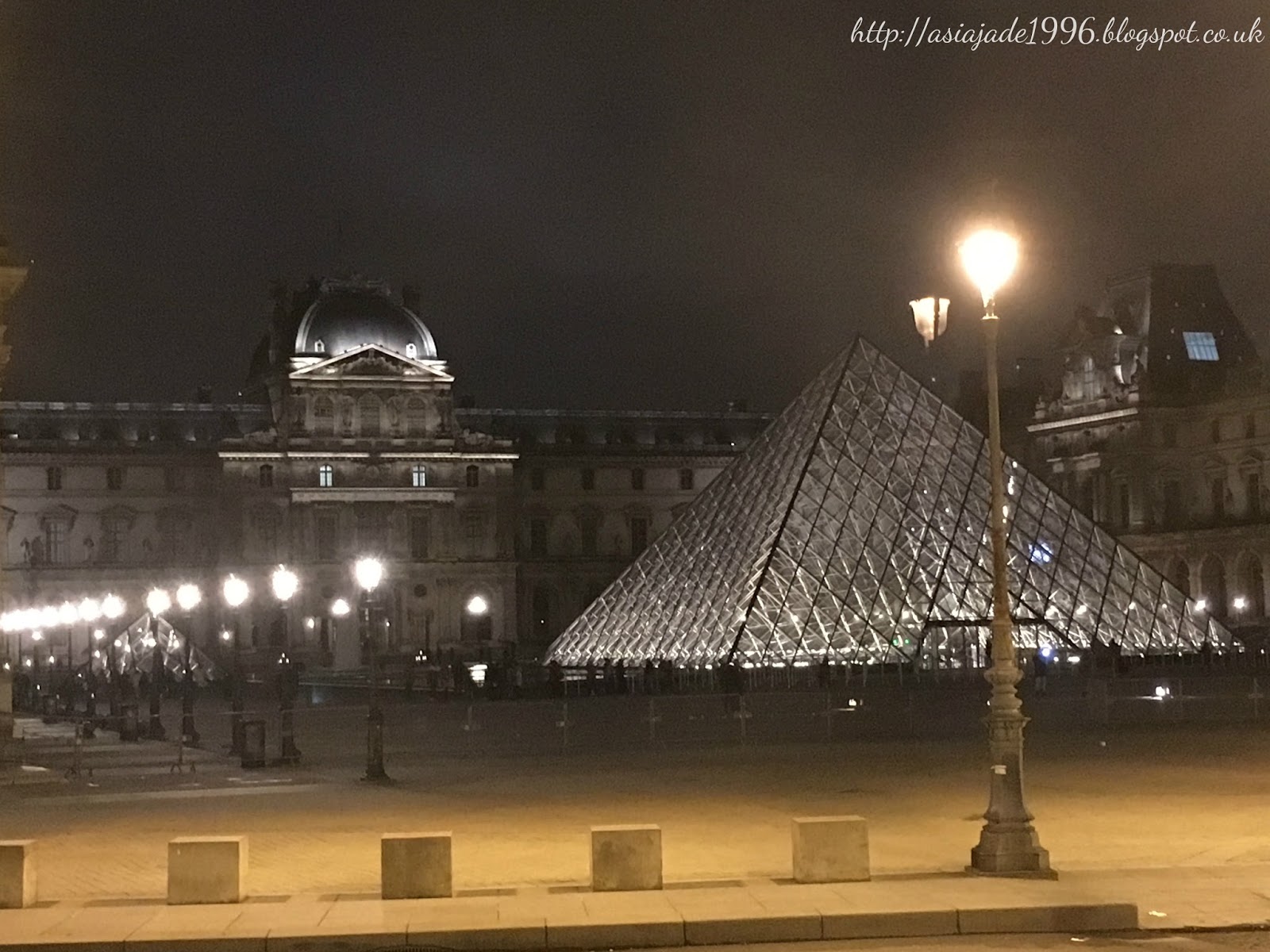 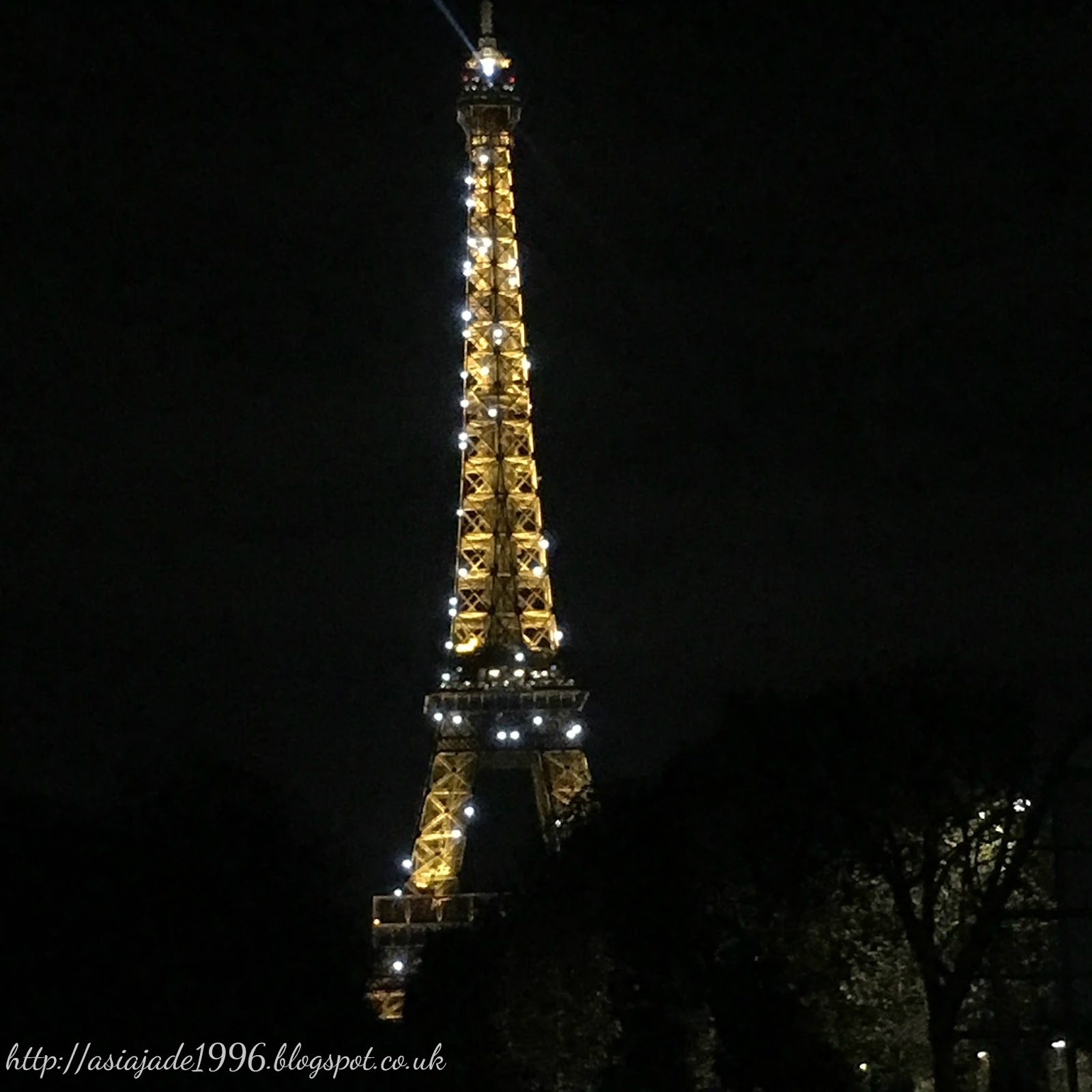 We grabbed a McDonalds on the way back to the hotel to save some money. I had a big mac and it was so yummy it was just what I needed. We had some time out back at the hotel before we went on a night tour of Paris.

We got to see the Eiffel Tower when it was all lit up as well as sparkling it was so magical. Then we got back to the hotel and had a nice long sleep as the last day was more relaxed so we didn’t have to get up as early.