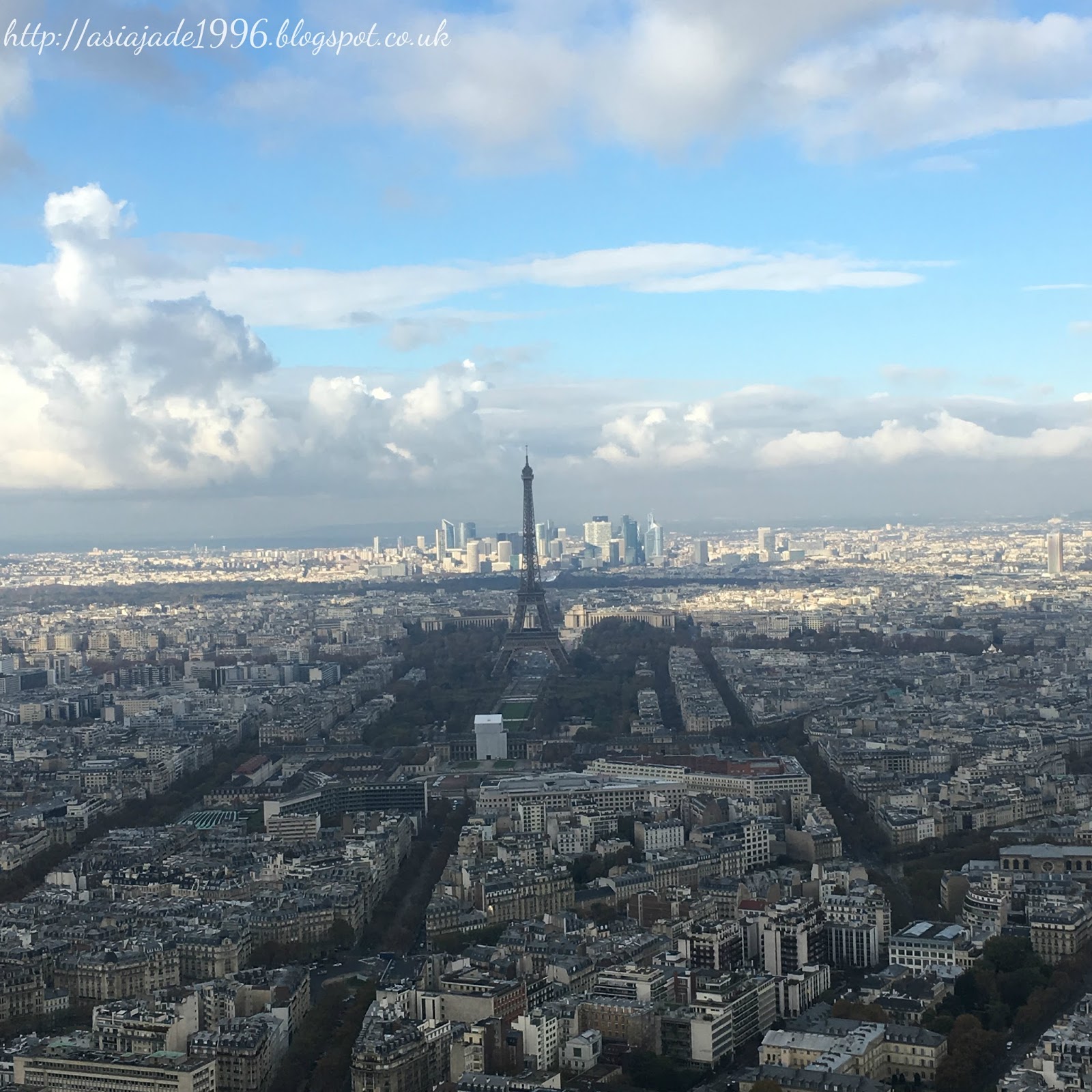 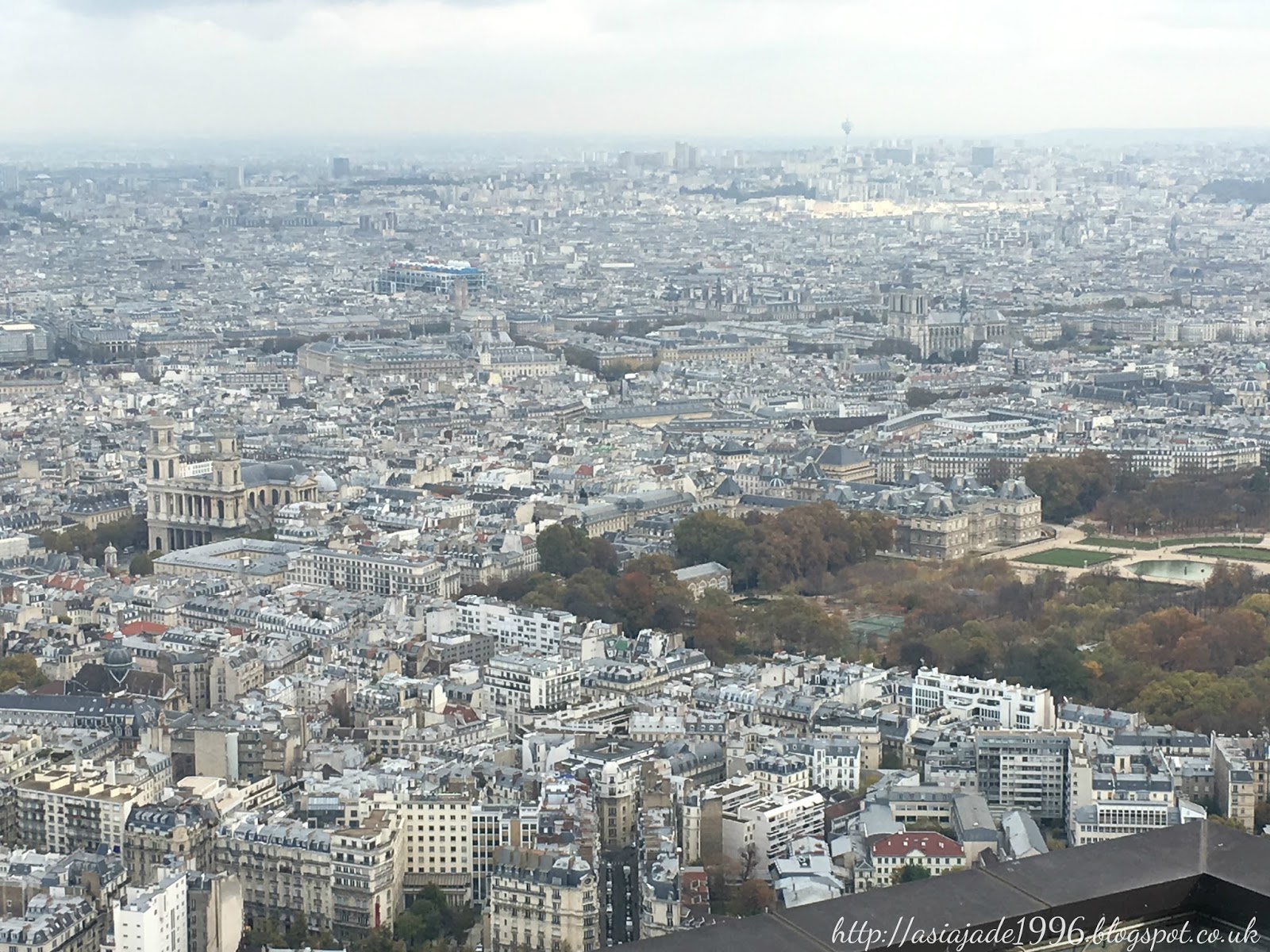 Hey guys welcome to day 4 of blogmas which is going to be my last day in Paris. I can’t believe it’s my last one which I’m quite sad about as it means that the holiday is officially over.  The last day was a really relaxed day as it was more of a half day.

We got up slightly later as we didn’t have to check out until 12am. We ate some breakfast and then checked out before heading into the center of Paris. We wanted to see the whole of Paris but I didn’t want to go up the Eiffel Tower as I’m not a big fan of heights.

We went up the Montparnasse Tower which is like a big business building that has an observation area at the top. As it wasn’t the Eiffel Tower we could see the Eiffel Tower from the top which was nice. We spent around half an hour there just looking at the sights and taking tons of photos. 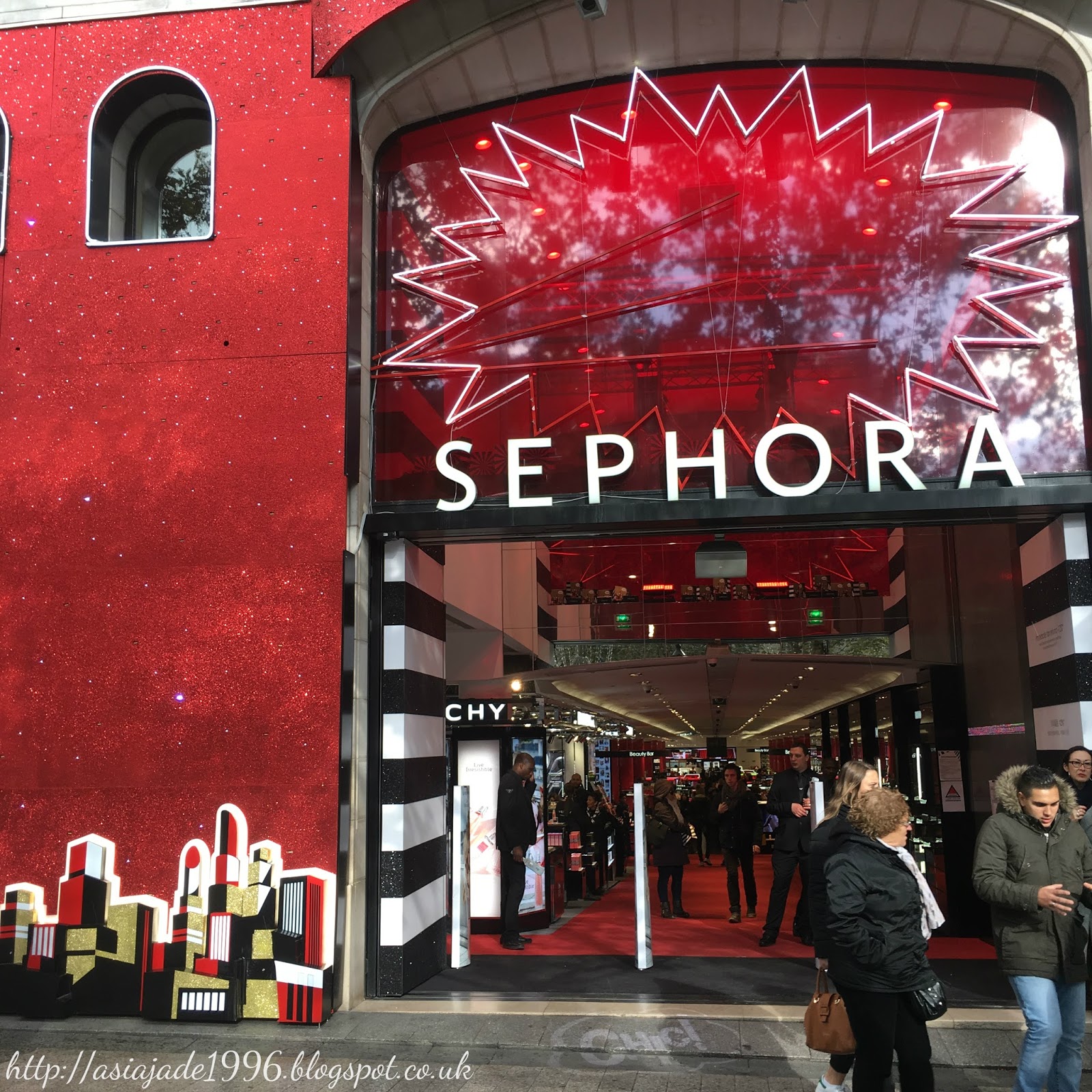 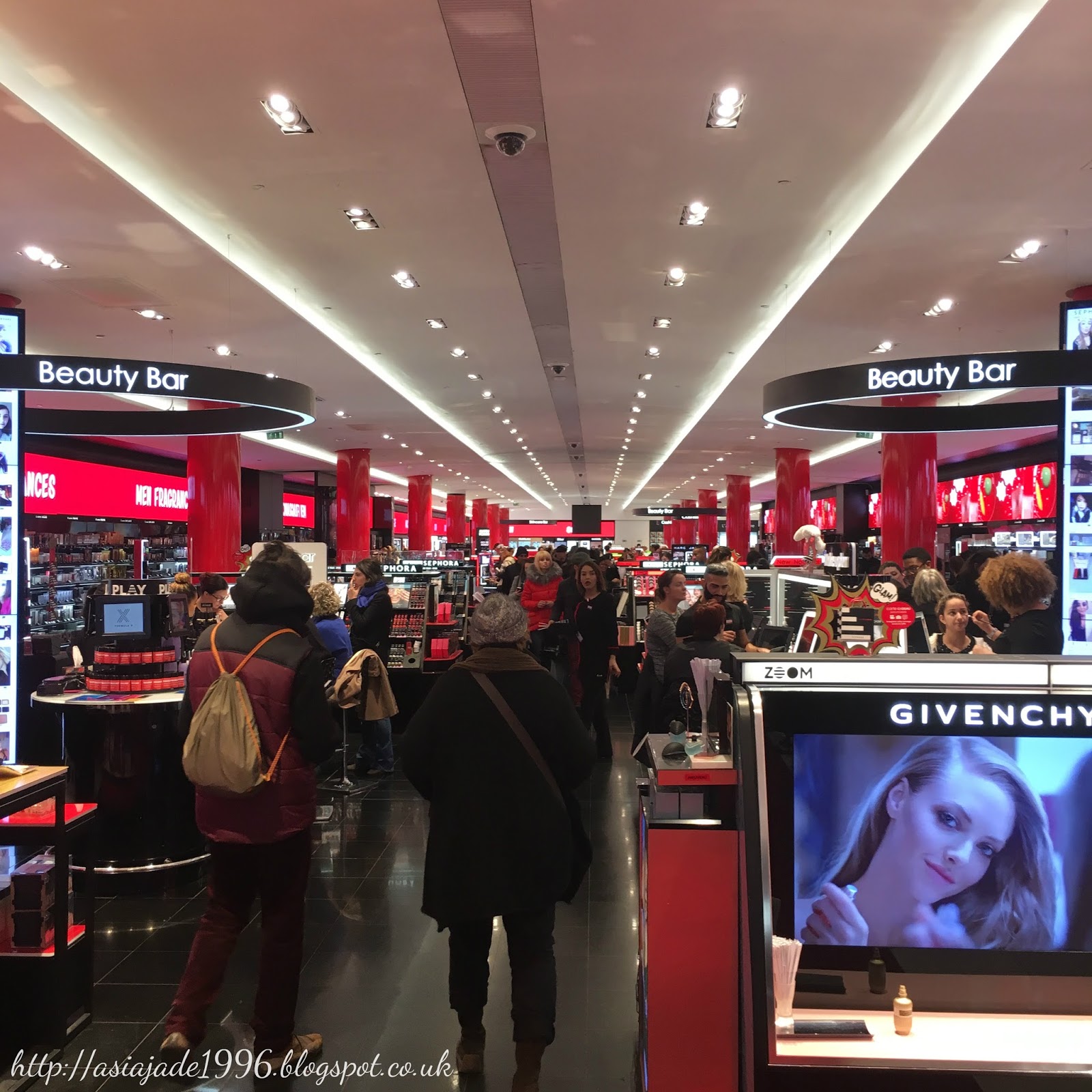 We then headed to the Av. des Champs-Élysées which is very similar to Oxford Street in London. I wanted to pop into Sephora again as I still had money left and I didn’t want to bring any euroes home.

I got some gifts for my friends & my mum as well as a few things for myself. I picked up two of the Huda beauty lip products which are amazing they are also in my November favourites as I have been loving them so much recently. We then headed back to the hotel to pick up our cases and get back on the coach to head to the train station. 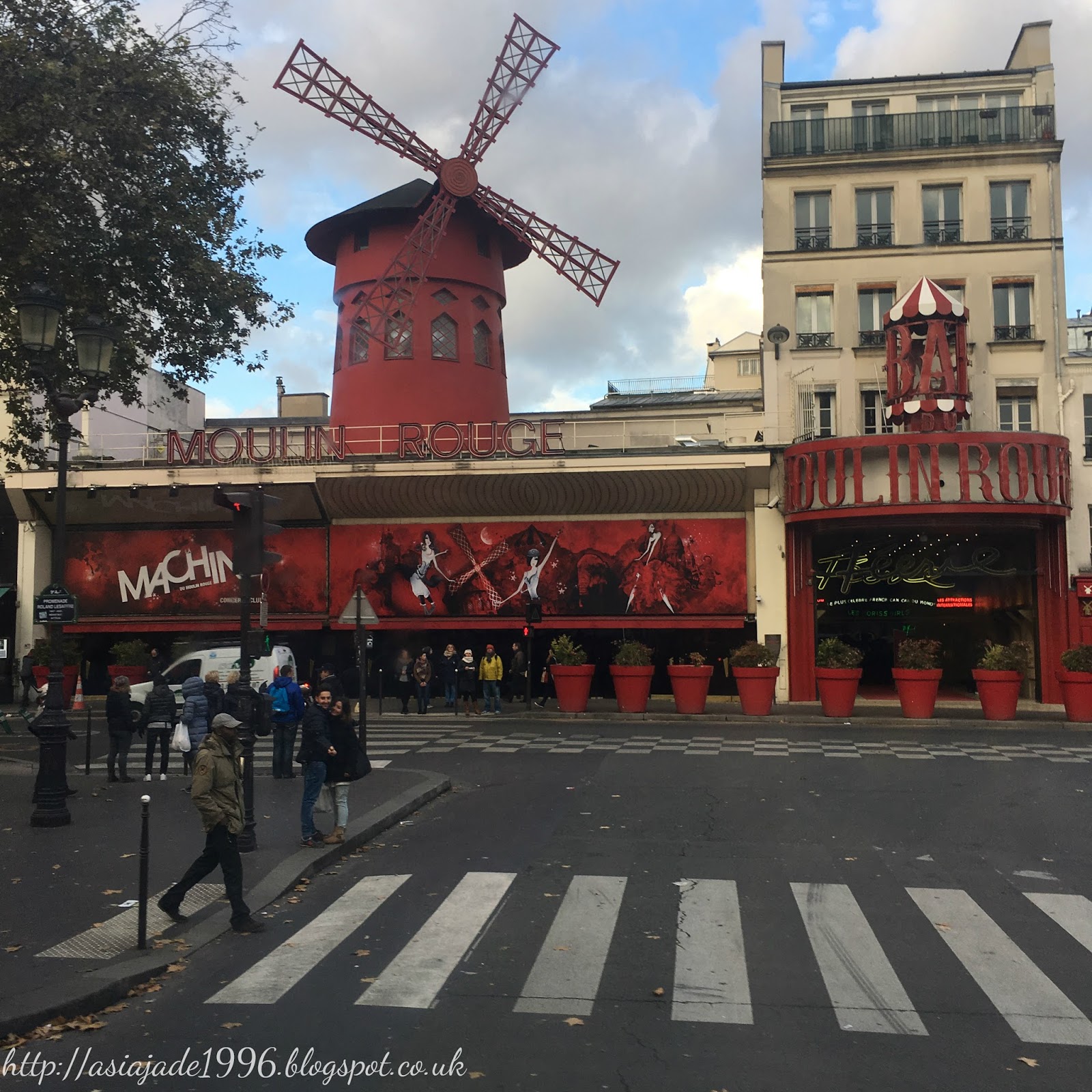 Once we had gotten on the coach we made our way to the train station. On the way there we passed the Moulin Rouge which I had to take a photo of as I love that film so much. We then got to the station where we got onto the Euro Star and made our way home.

We got to London around 6pm and then got some food so we could eat when we got home. We took the tube home and then got home and crashed out as travelling is quite tiresome even though you’re sitting around a lot.