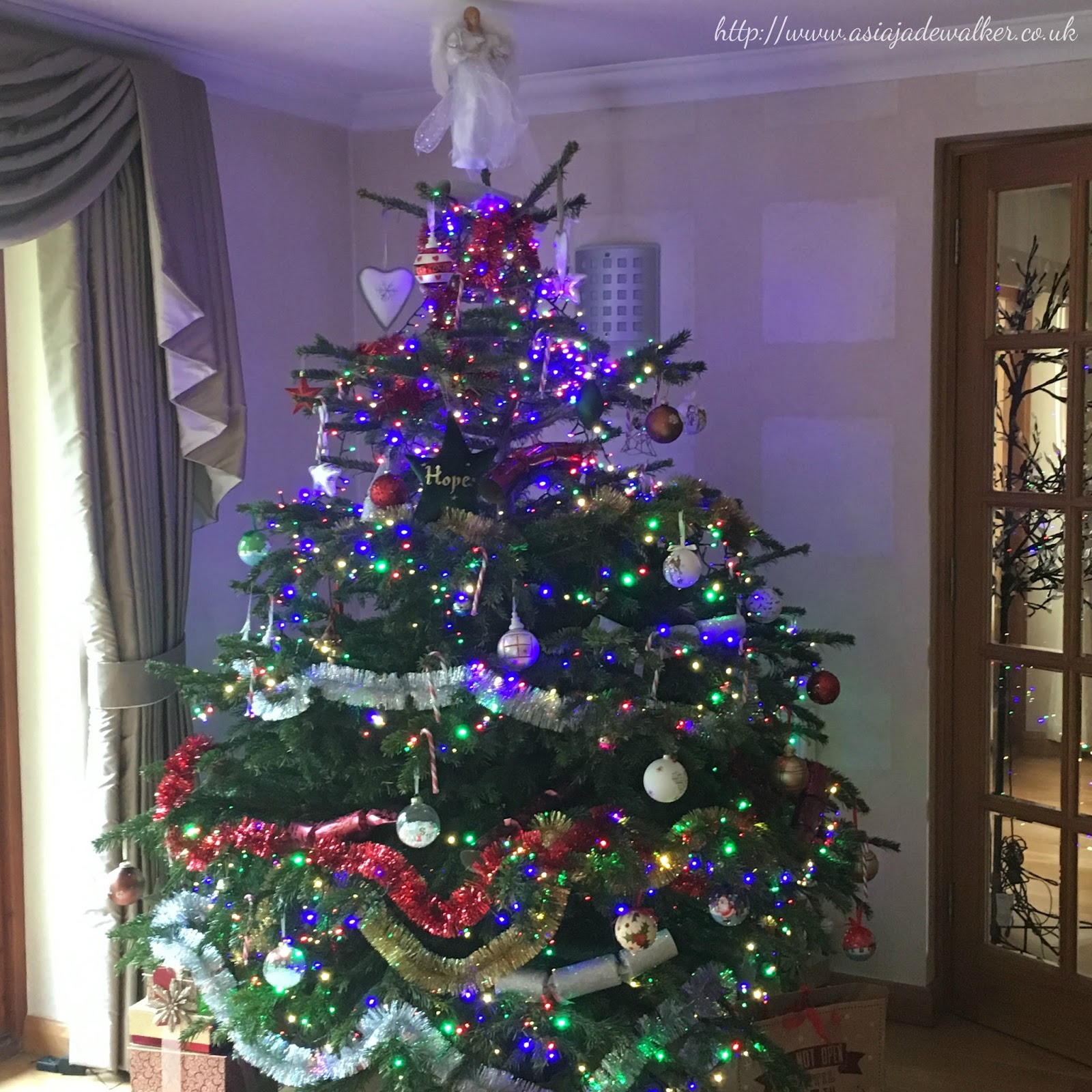 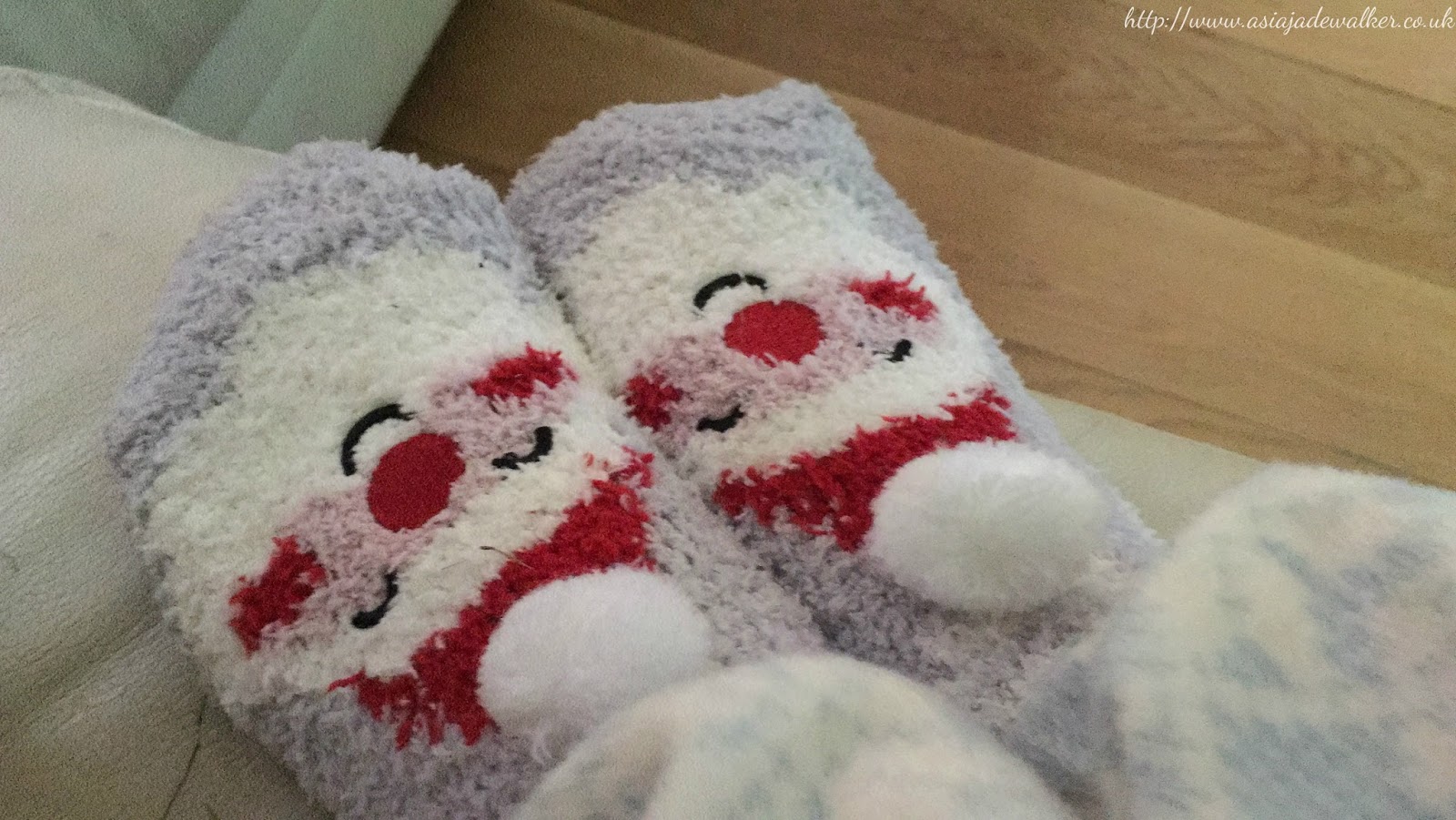 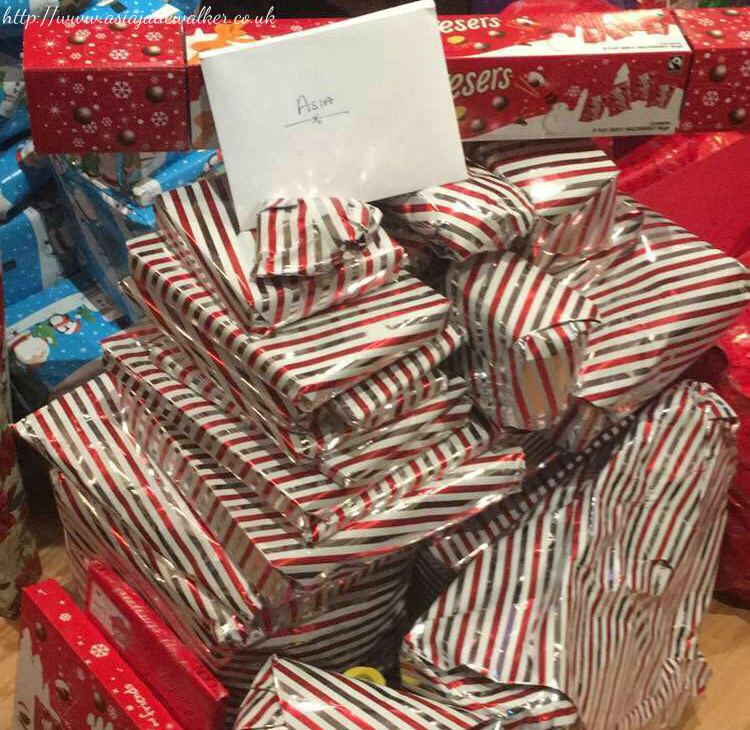 I hope you all had a wonderful Christmas yesterday. I was going to write this up yesterday but I spent time with family instead. As you can probably tell I’m clinging on to the last bit of Christmas before it’s completely finished. I thought that I would share with you what I did yesterday as I know everyone’s Christmas day is always a little different.

I woke up and had a scroll through Twitter & Instagram as it was too early to get up. I then eventually fell back asleep as I had only had about six hours sleep.

The time I actually got up and made a cup of tea before taking my two dogs outside for a bit. I then gave them their breakfast and played with them for a bit. (P.s do you like my Santa socks).

Everyone else was awake by now and we had some hot croissants and a cup of tea. We now had to wait for my sister, her fiance and my two nephews to arrive to open our presents.

We all started to open our presents with the radio on in the background which was playing great tunes I must say.

I came upstairs to bring all my presents up as well as tidy my room up because it was super messy. 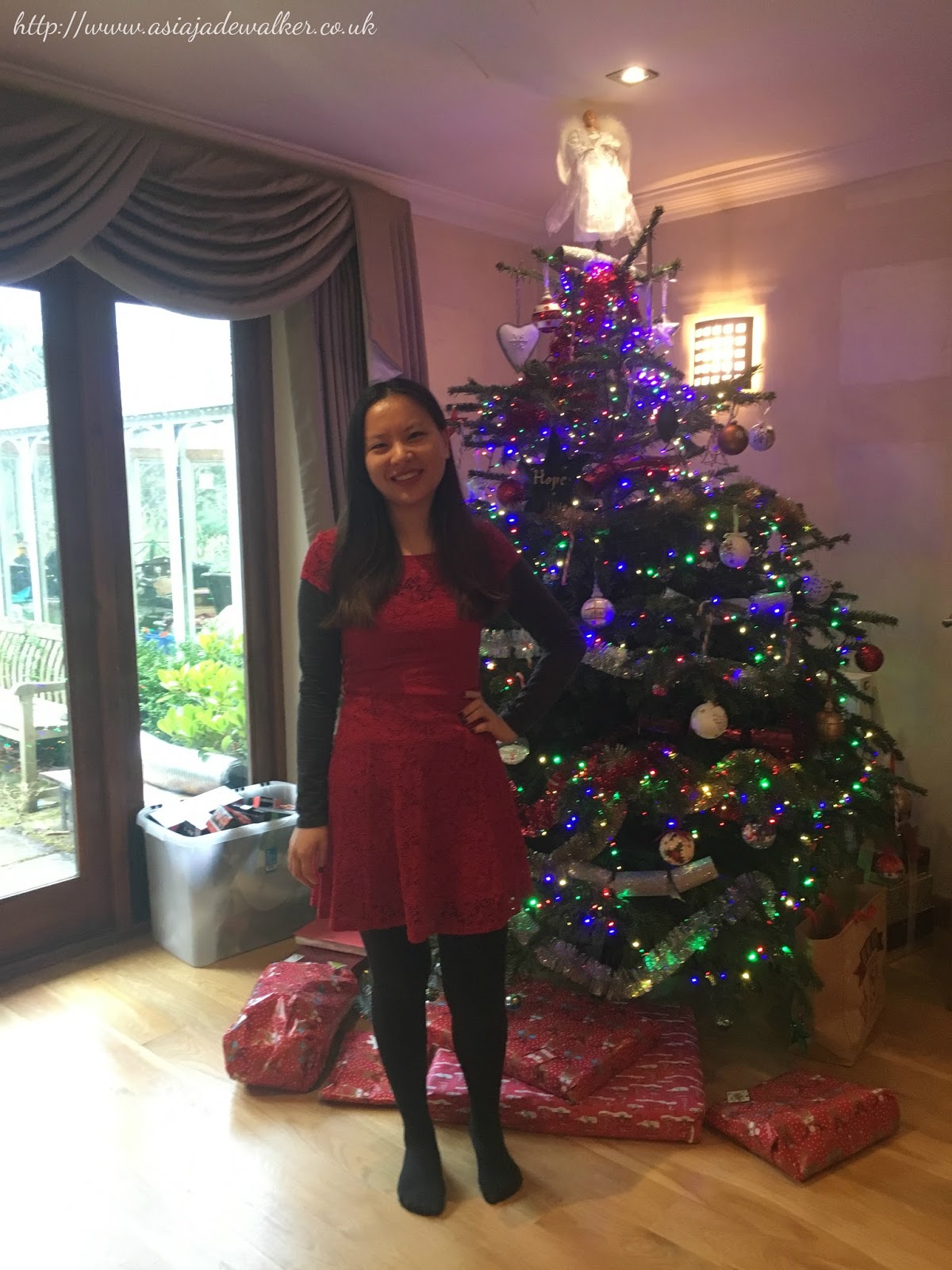 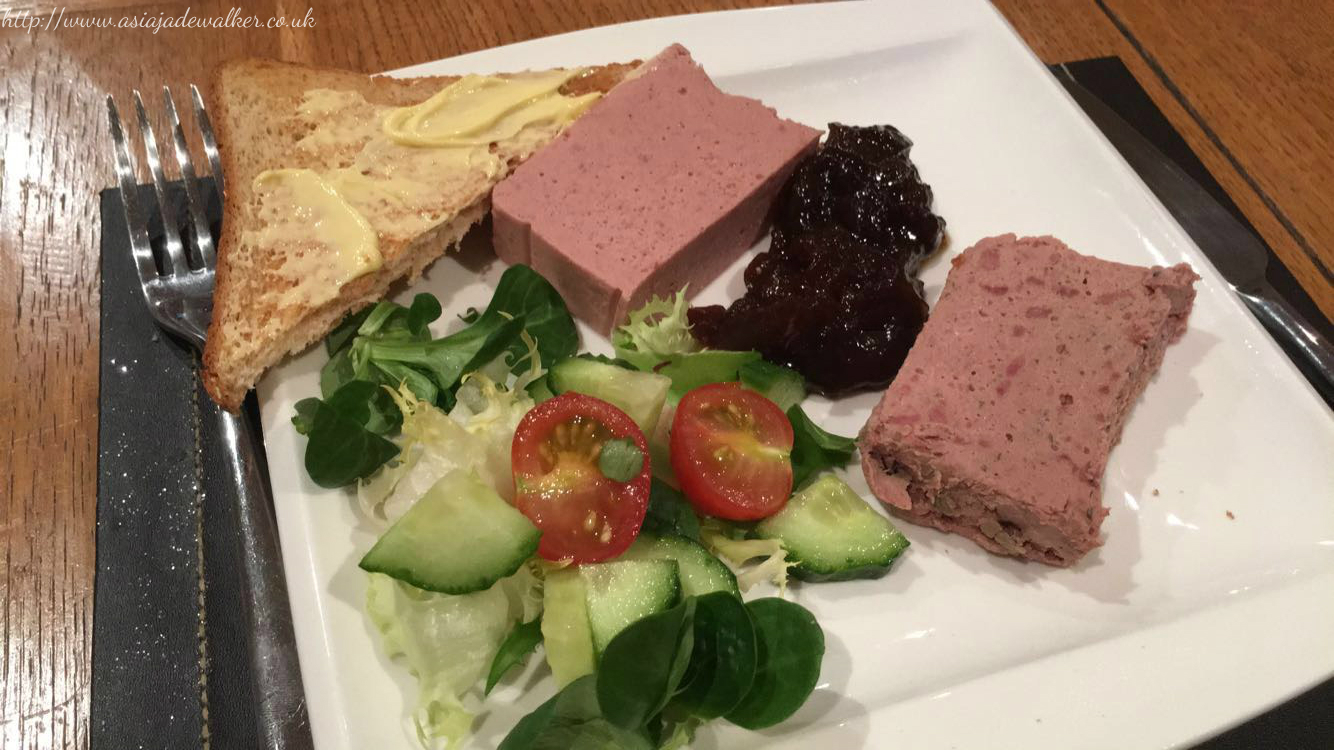 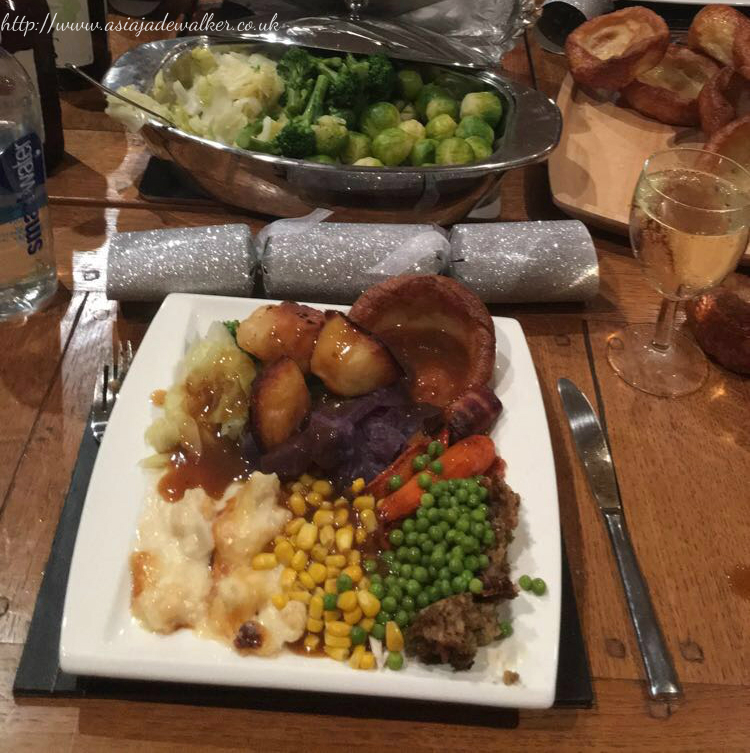 Obviously I had to take a photo in front of the Christmas tree. I also didn’t have any photos to post on Instagram so I needed one haha.

I played with my two nephews for a long time. We played with their new toys as well as on their iPads. Some of the kids toys they got are pretty weird one of them is a monkey robot who shakes his bum at you….but they enjoyed them.

We all sat down for the first course of our dinner. I went for Paté with toast and salad. I did have a glass of prosecco but I gave up as I’m just not really a drinker.

We had a break before having our main course as we were all too full from our starters. In our family we all put the food in the middle and then choose what we want to eat. I much prefer this as I can have as little or as much as I wan’t. It’s like having your own carvery at home. 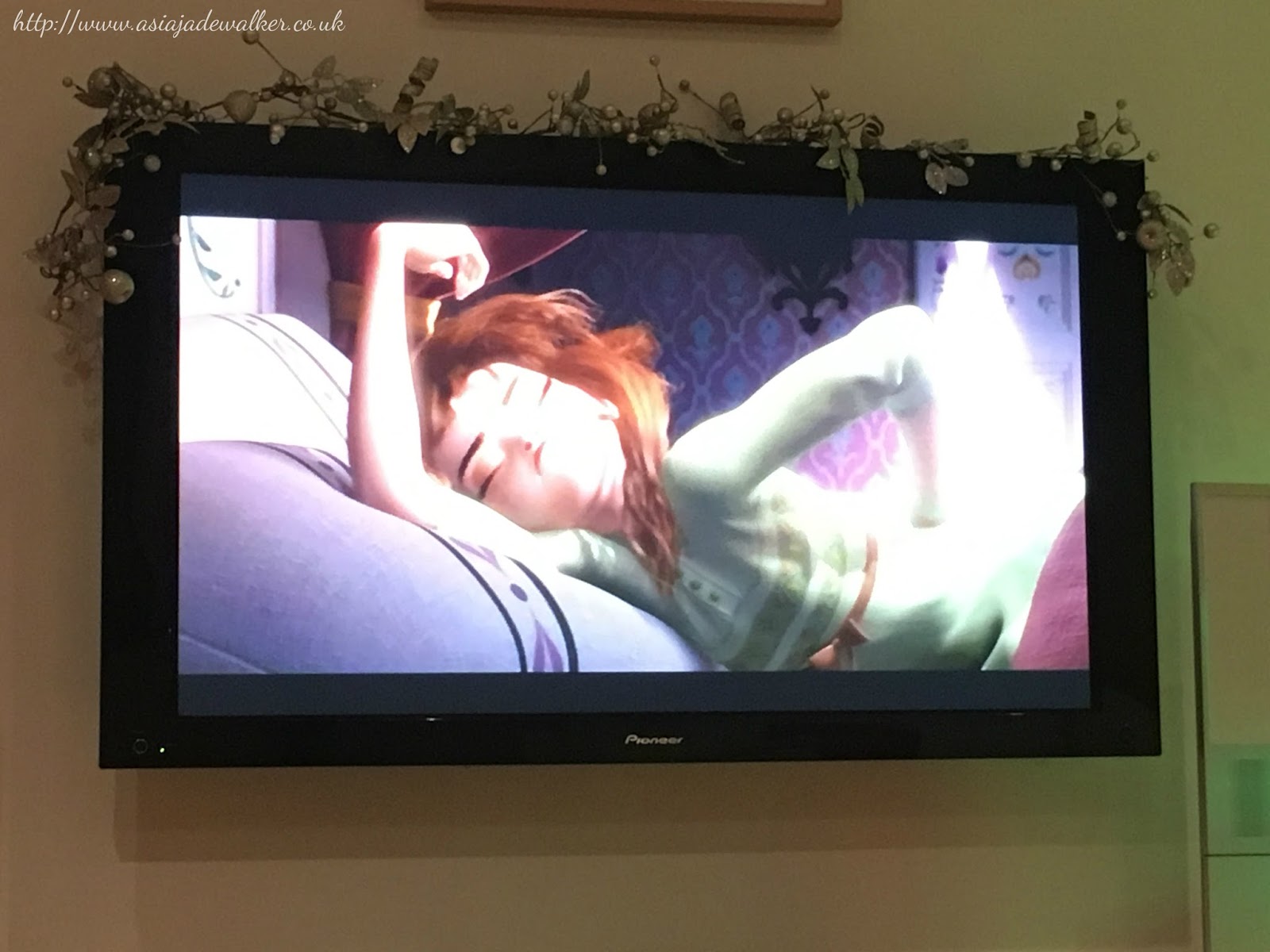 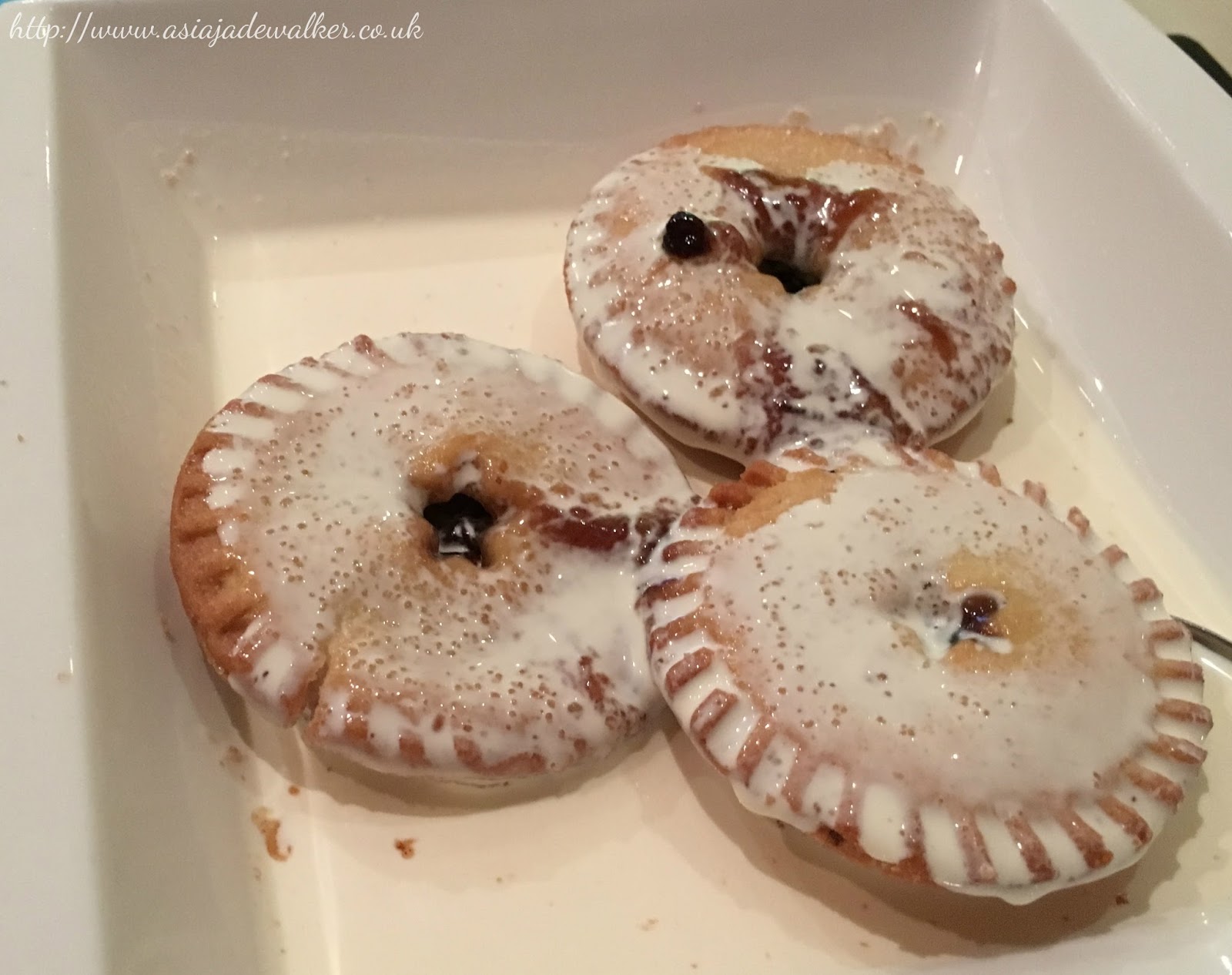 After finishing my roast dinner I went and watched Frozen to let it all go down. You can’t go without at least one movie on Christmas day it’s a tradition.

We then had puddings I opted for hot mince pies and cream which were delicious. Although I was given three which was a little too much.

I came upstairs where I watched some TV and caught up on YouTube videos. I still have so many to watch there are currently 293 videos that I have let to watch.

I decided to sleep around this time as I was so exhausted from the day. I had been up since 6am and it had been quite a busy day even though we stayed at home most of it.

So that’s my Christmas day it was a fairly quiet one this year which was nice. Last year I was stuck in bed all day sick and I was in New York City which made it even worse. It sucked! You can see a few of the bits I got in the short video below.

It’s also the last blog post in my Blogmas 2016 series. Yes I know I failed again I just always get so busy with other things that I run out of time to sit down and type up posts. I commend those who managed to write 25 posts because I managed to write 15. One year I will be able to write all 25 I will make sure of it.