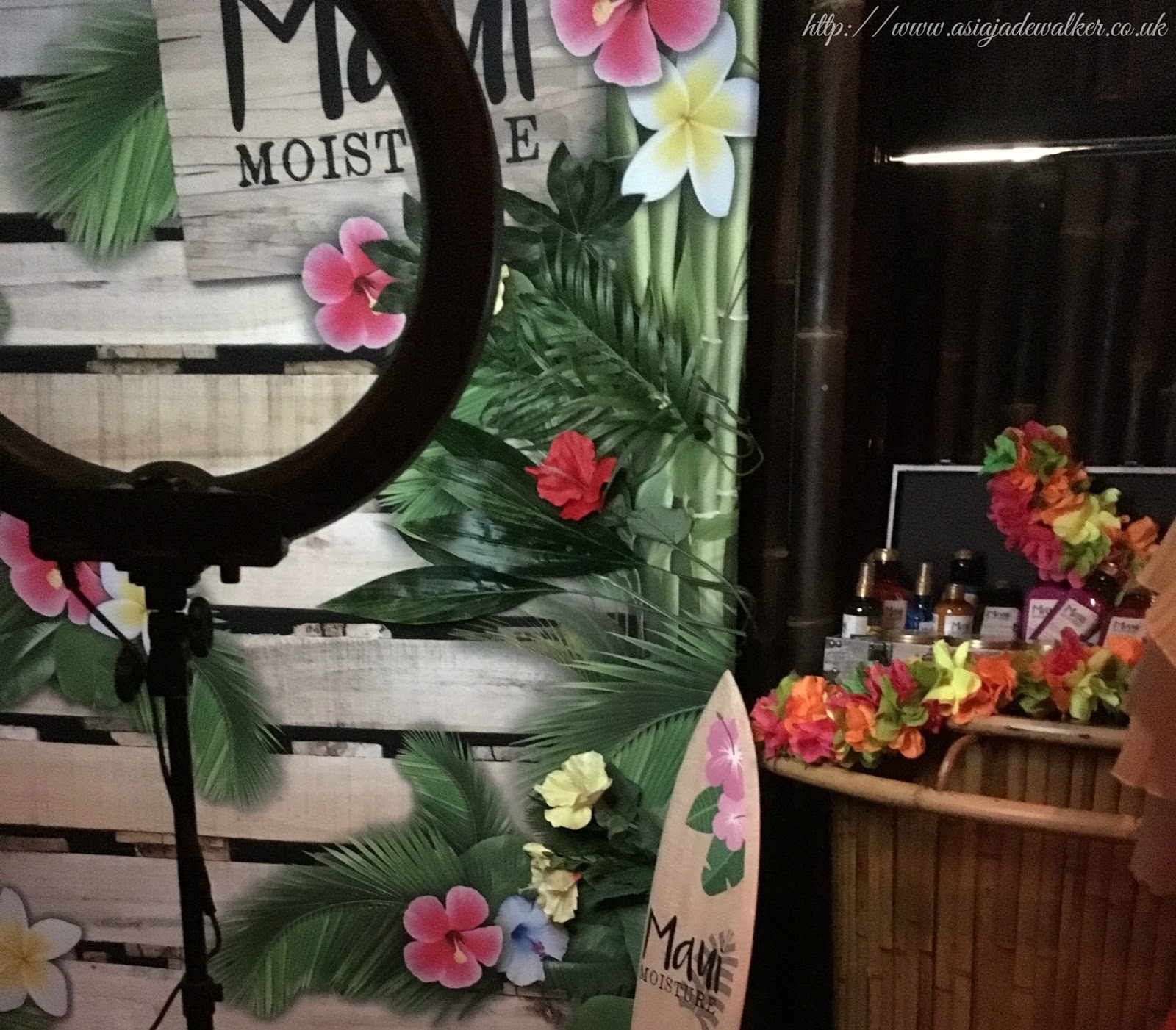 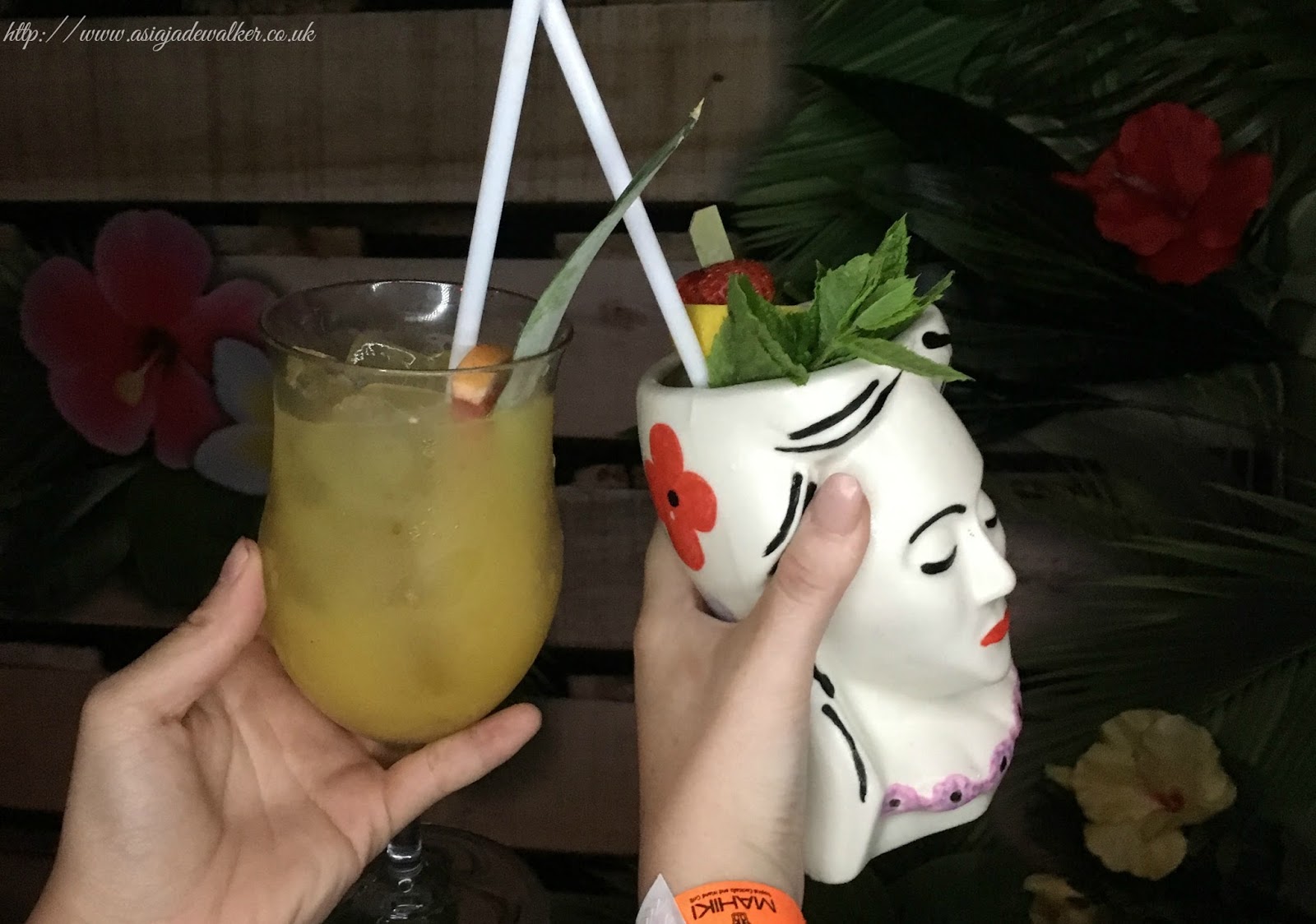 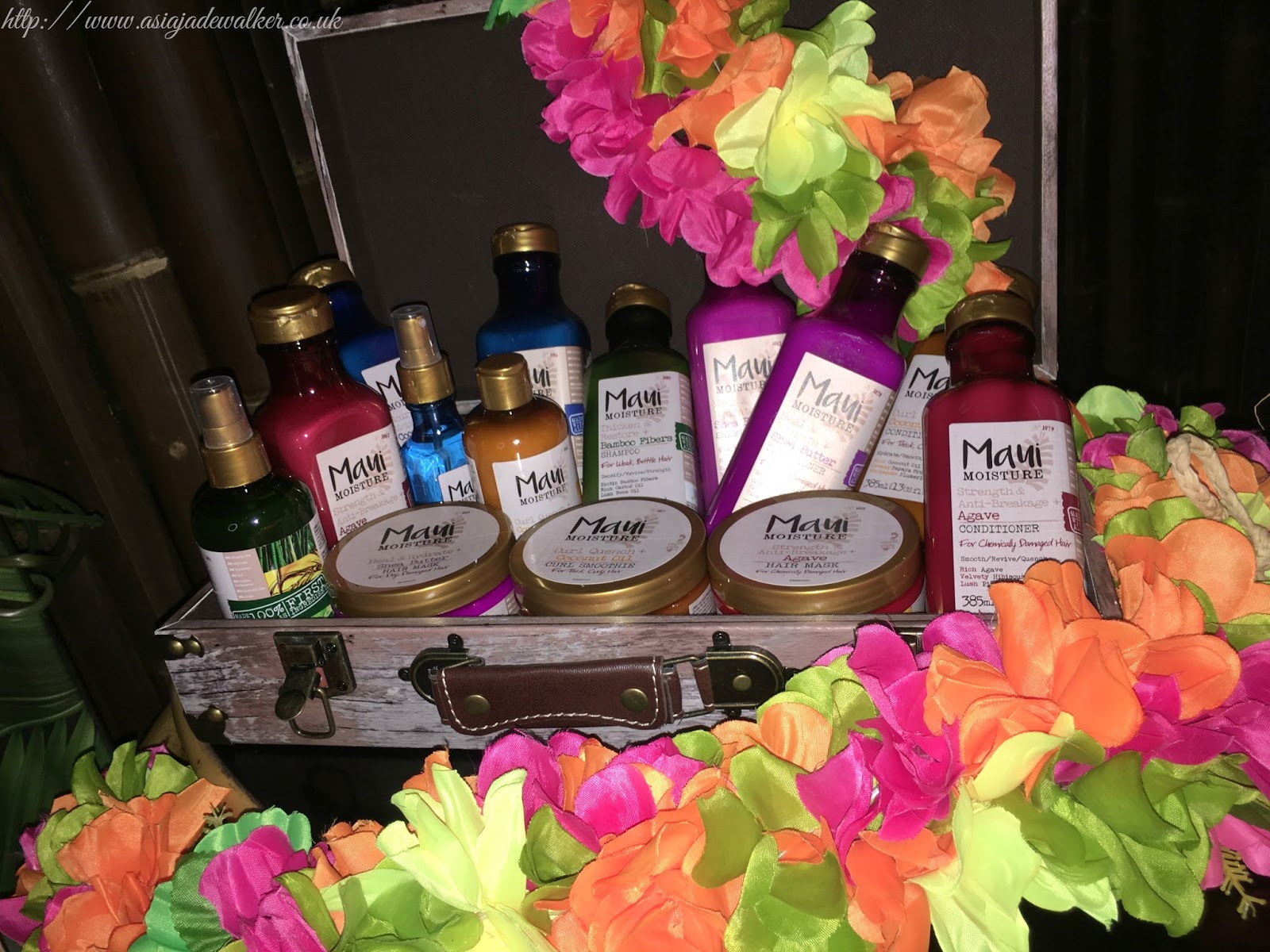 Last month was a pretty busy month for many reasons. I went on holiday to Dorset with my family, I started my new job role and then I got invited to my first ever PR event. I have been sent some products in the past but I have never been invited to an event by a brand. When I got the email I was super surprised that I was even invited in the first place and also quite nervous about attending by myself.

The launch event itself was for a new hair care brand called “Maui Moisture” who have already launched in America and were launching in the UK in July. The event was held at Mahiki night club in Mayfair which was ironic for me as I’m not really of a clubbing person. I went to the event after work as it was from 7pm-10pm so I was still in my work clothes. 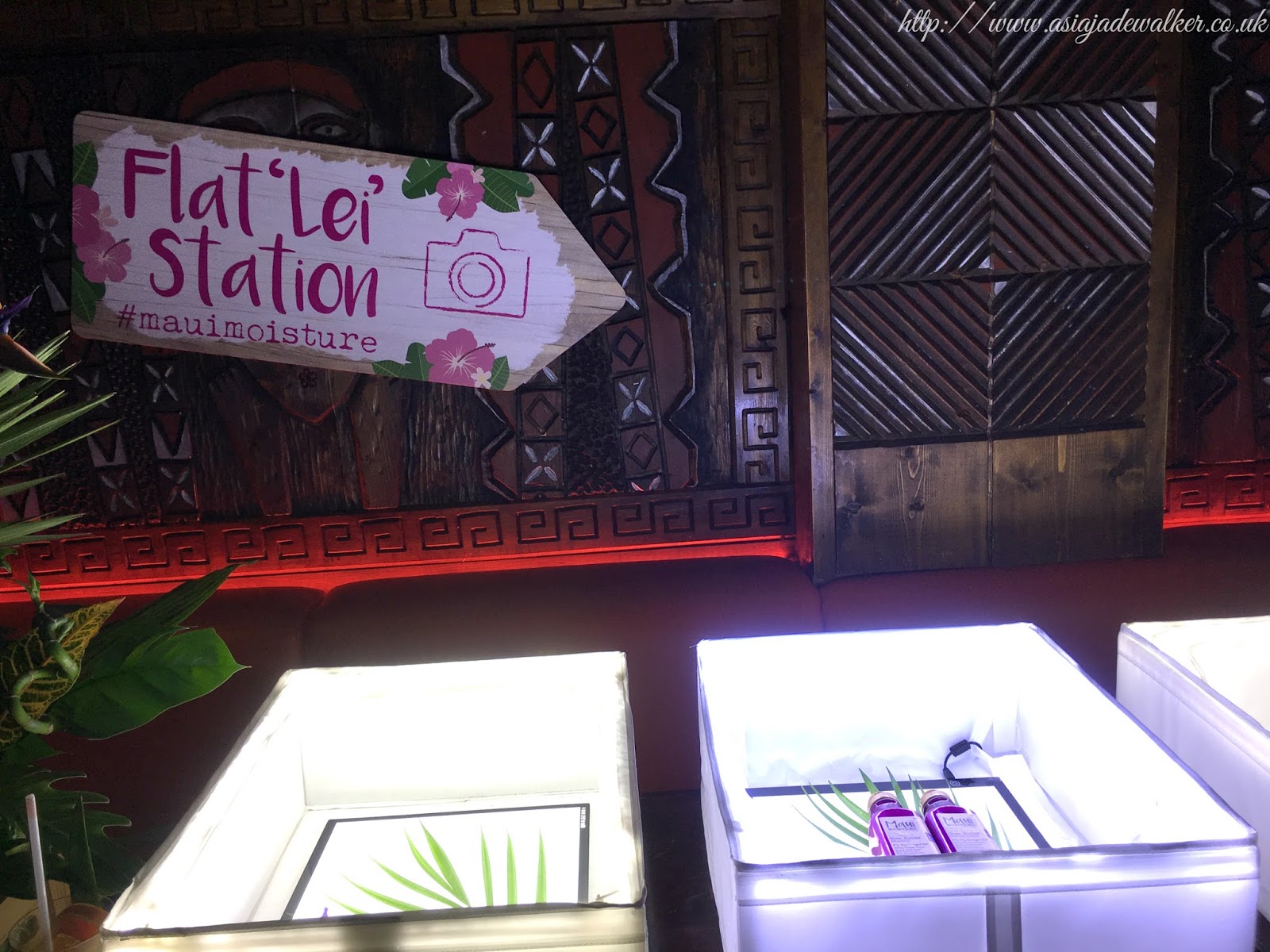 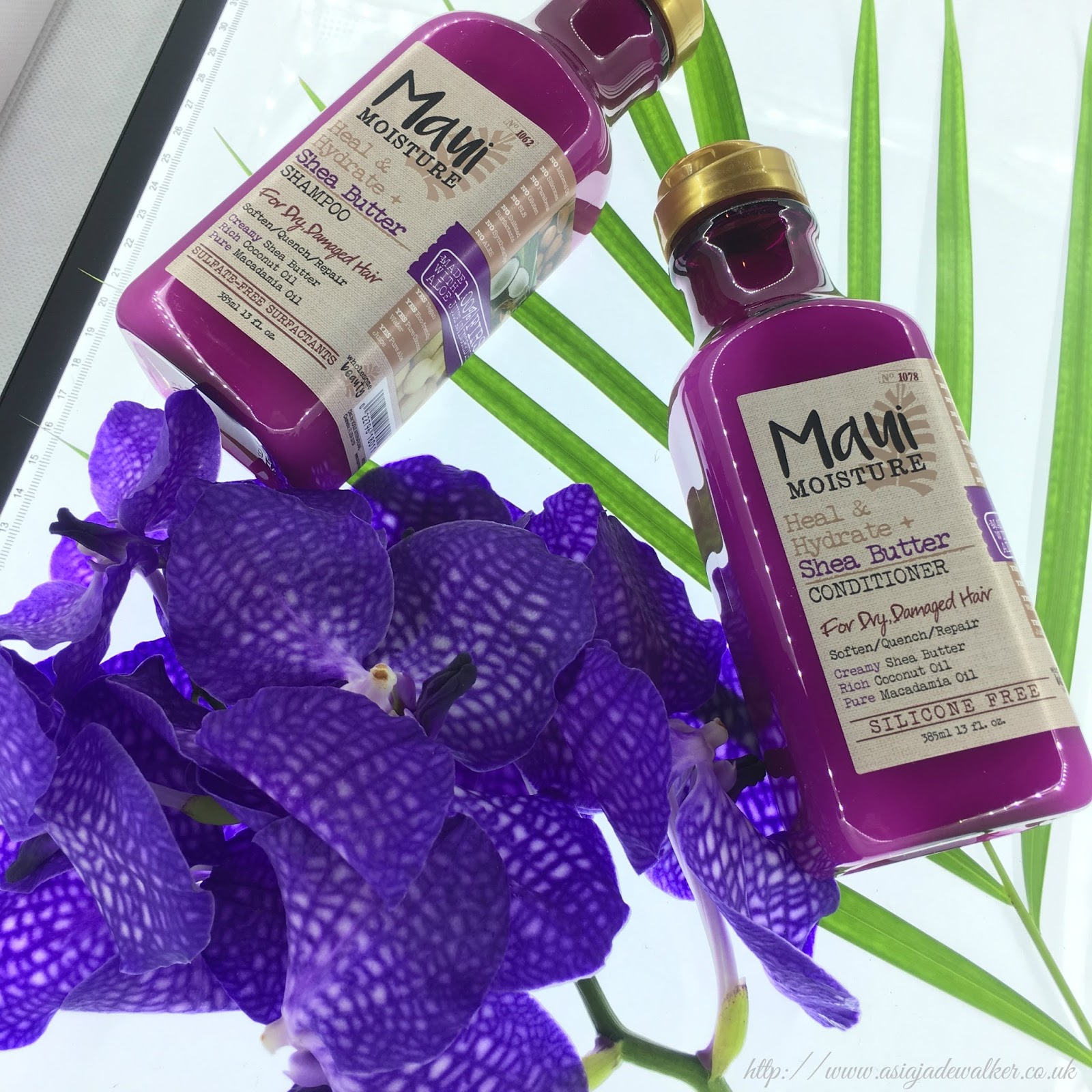 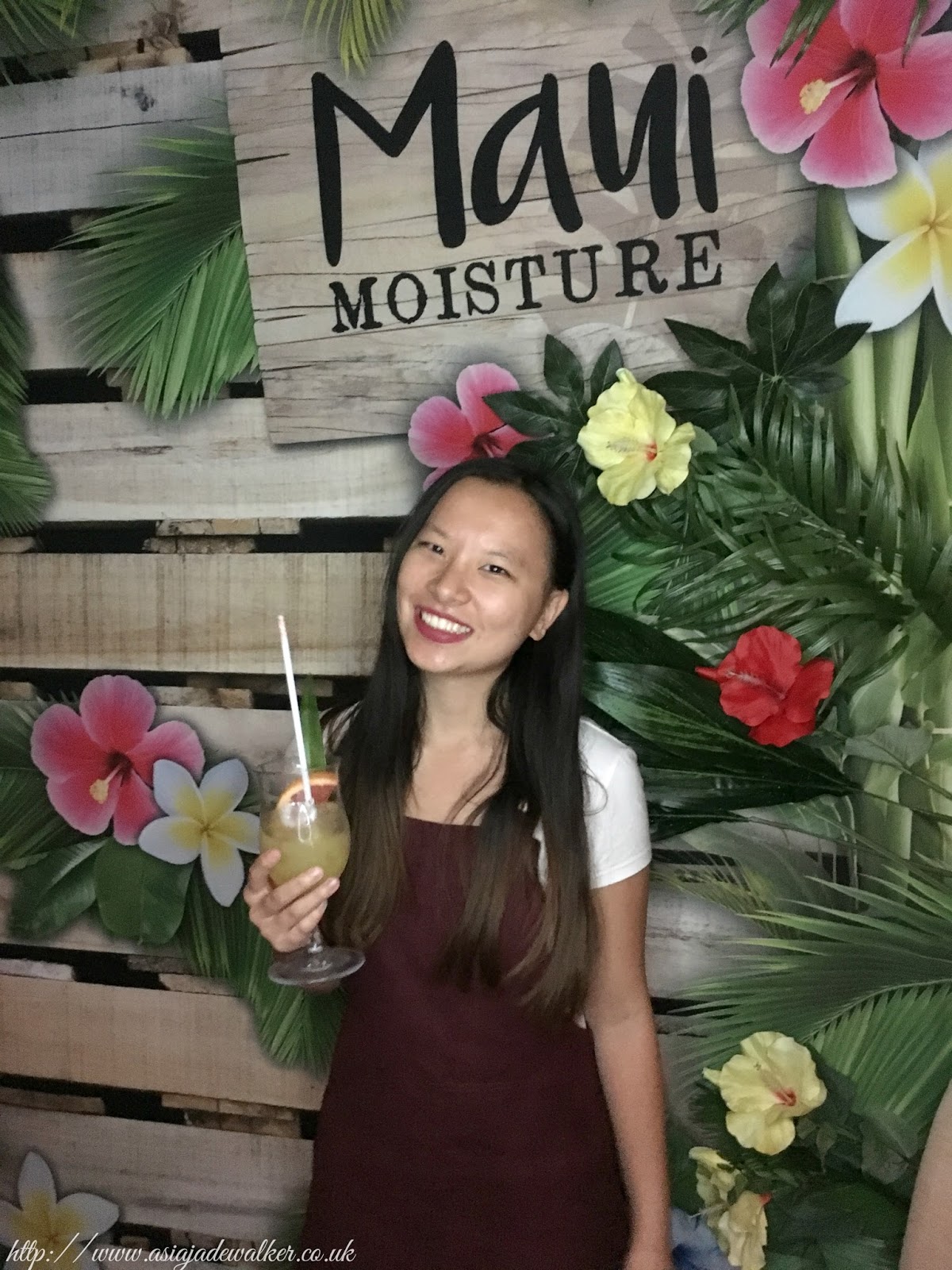 The event itself was a lot of fun as it was a Hawaiin theme if you hadn’t picked that up from the photos. The team had set up a lot of things to do such as a Flat “Lei” station where there were a lot of different resources that you could use to create your perfect flatlay. The lady who ran the flatlay station had lots of photography tips and tricks to teach us which we all loved.

You could also take the perfect photo with their amazing area that had a ring light, products to feature in the photos and a Hawaiian background. There was also lots of snacks like sushi & chicken bites as well as tropical drinks in pretty cool cups.

One of the best parts was the Lei making station where you could make your own flower bracelets. This was a lot harder than I thought it would be and I was not very good as the lady had to help recover mine to make it half decent haha. 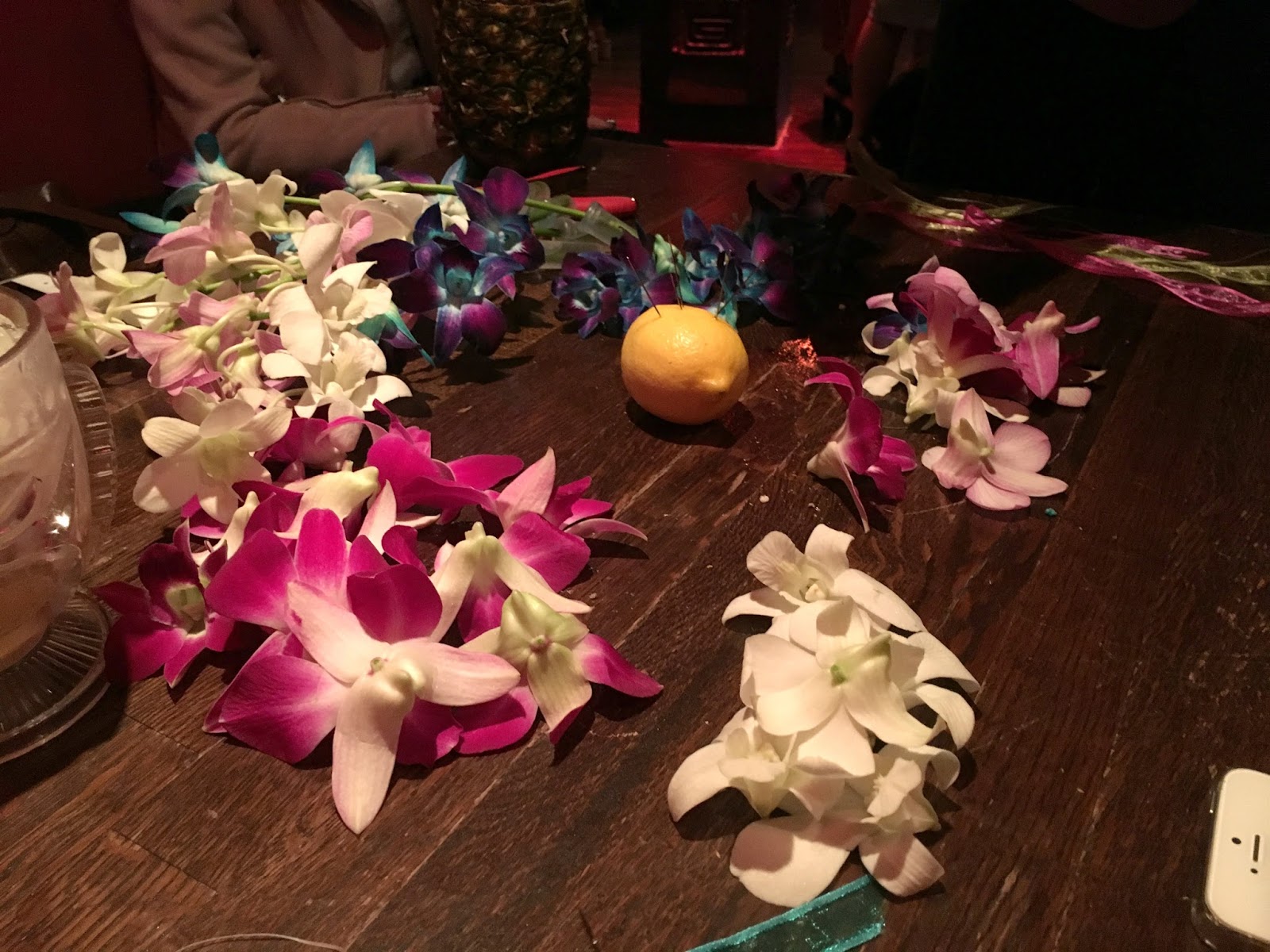 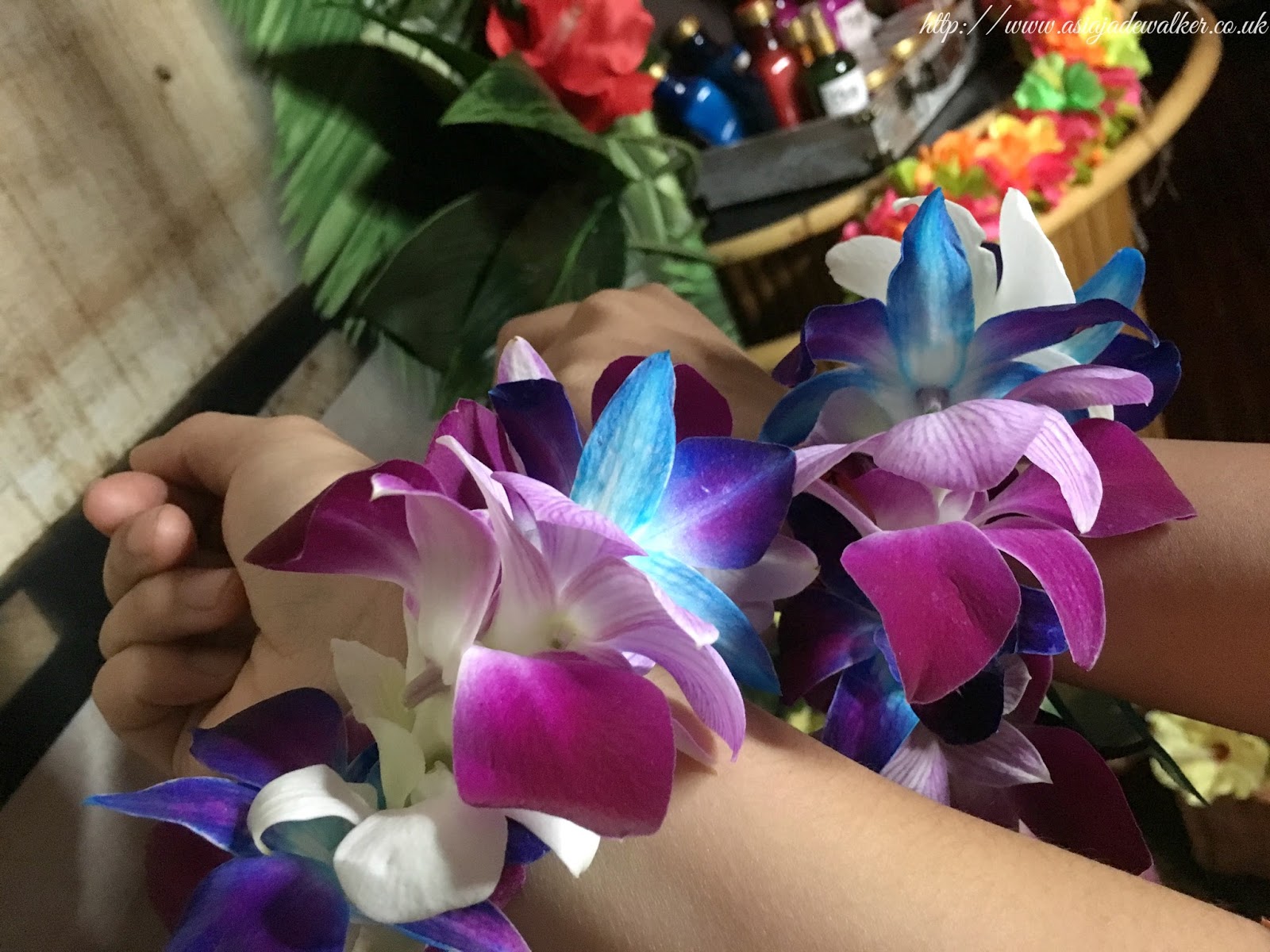 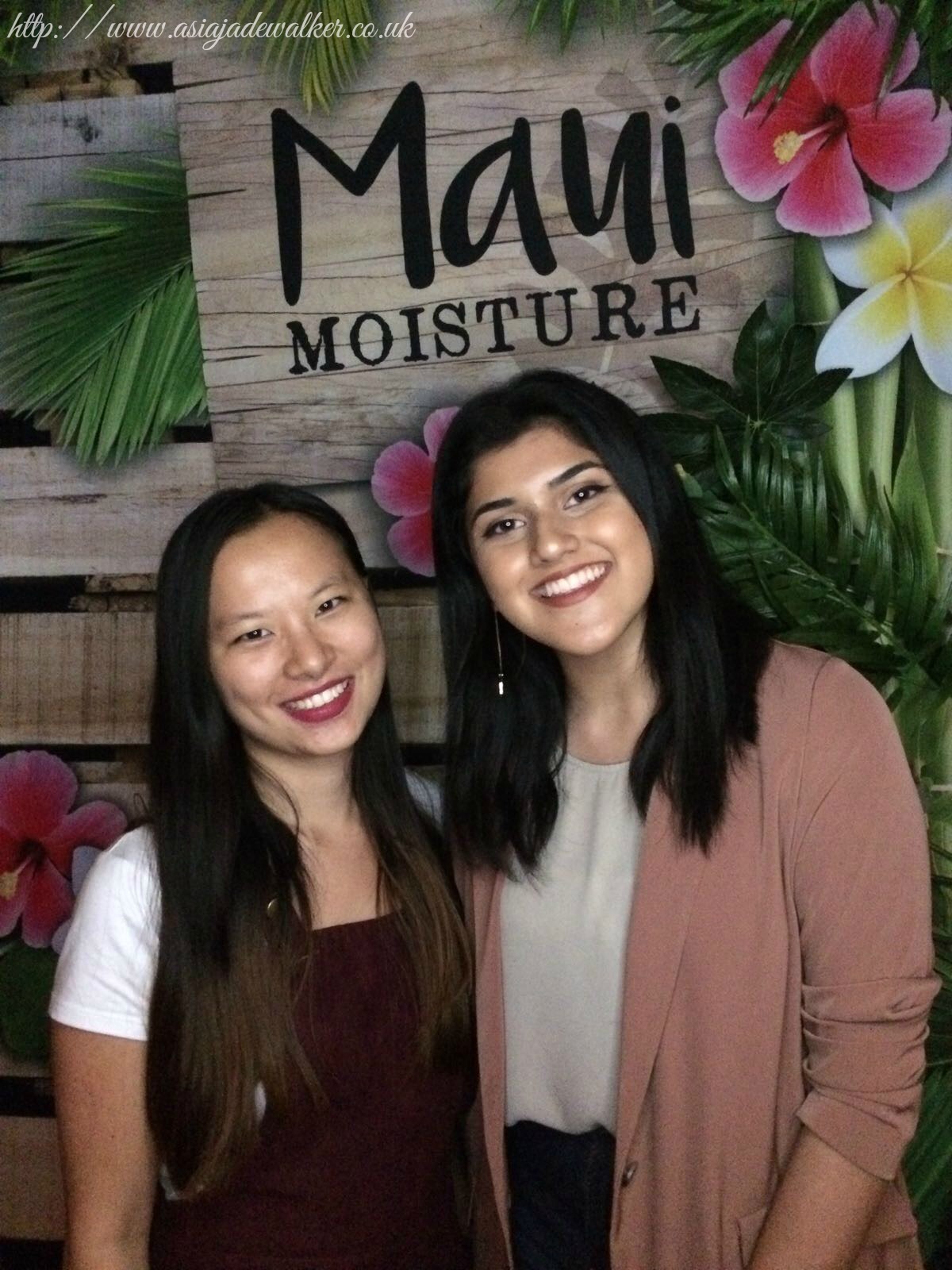 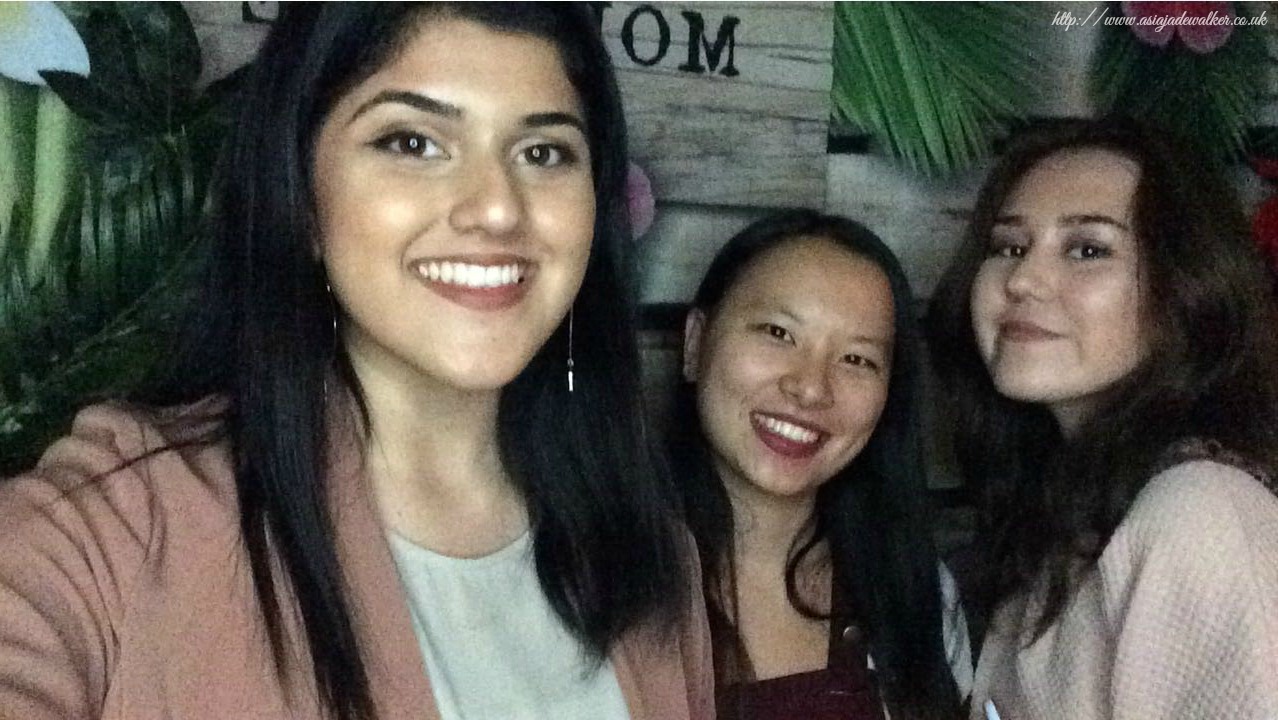 I made lots of new blogging friends who I know I will keep in touch with as they are all lovely. It’s always nice to make new blogging friends and even meet some you have been speaking to online but have never met in person. Events like this are a great way to network and make friends in the blogging world as more often than not we make friends online but hardly meet up with them in person.

I just want to say a massive thank you to OGX Beauty & Maui Moisture for inviting me to the event and for hosting a really amazing event. Going alone was quite scary at first but I’m so glad that I did because I don’t think I would have networked as well as I did if I went by myself.

It’s a night I won’t forget for a long time as I had a lot of fun and if I could I would re-live it in a heartbeat. I am also going to be uploading a review on the products soon so keep an eye out for that. For more information on the Maui Moisture products then you can check out their website here.

Check out my new friends: