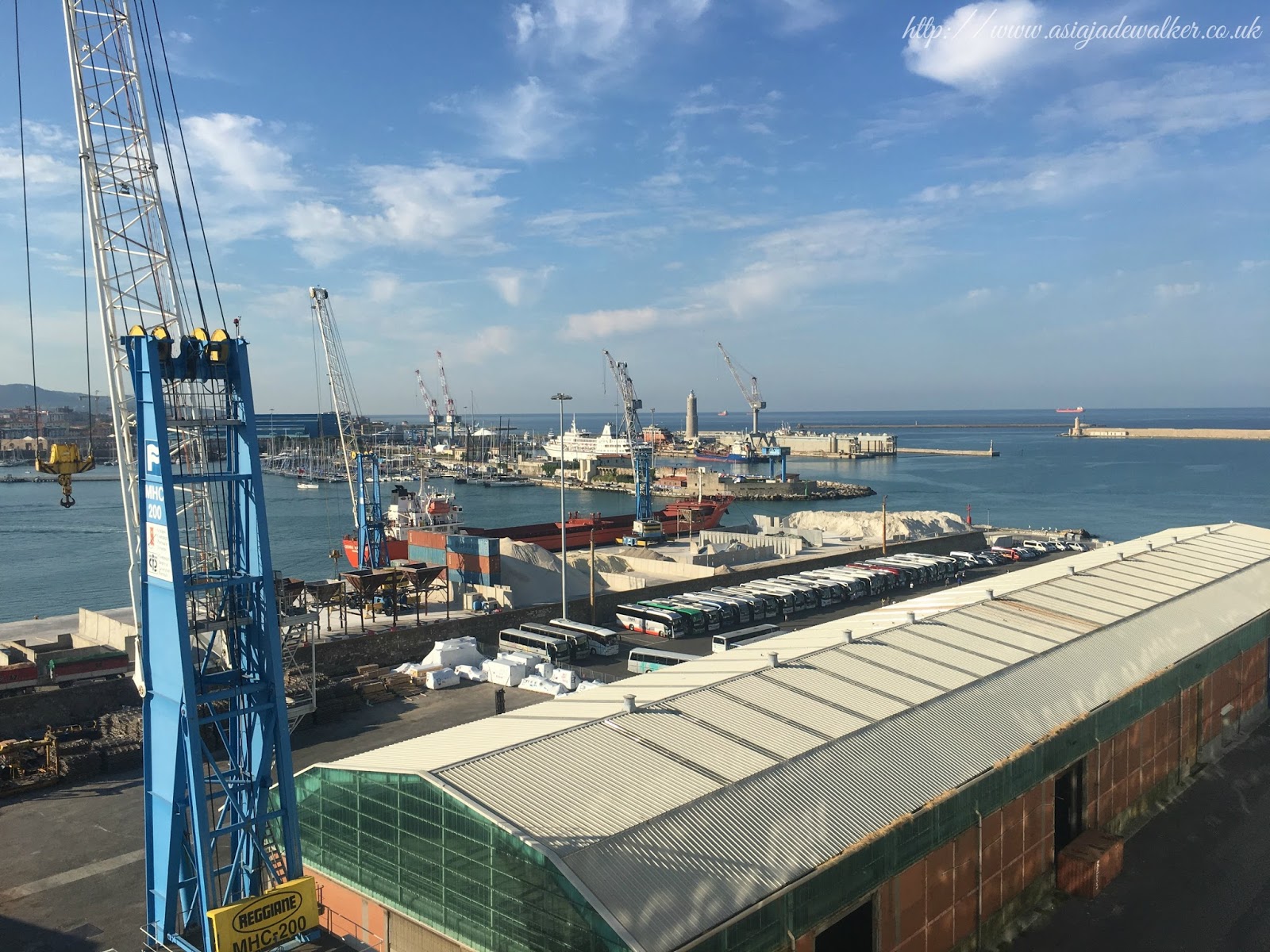 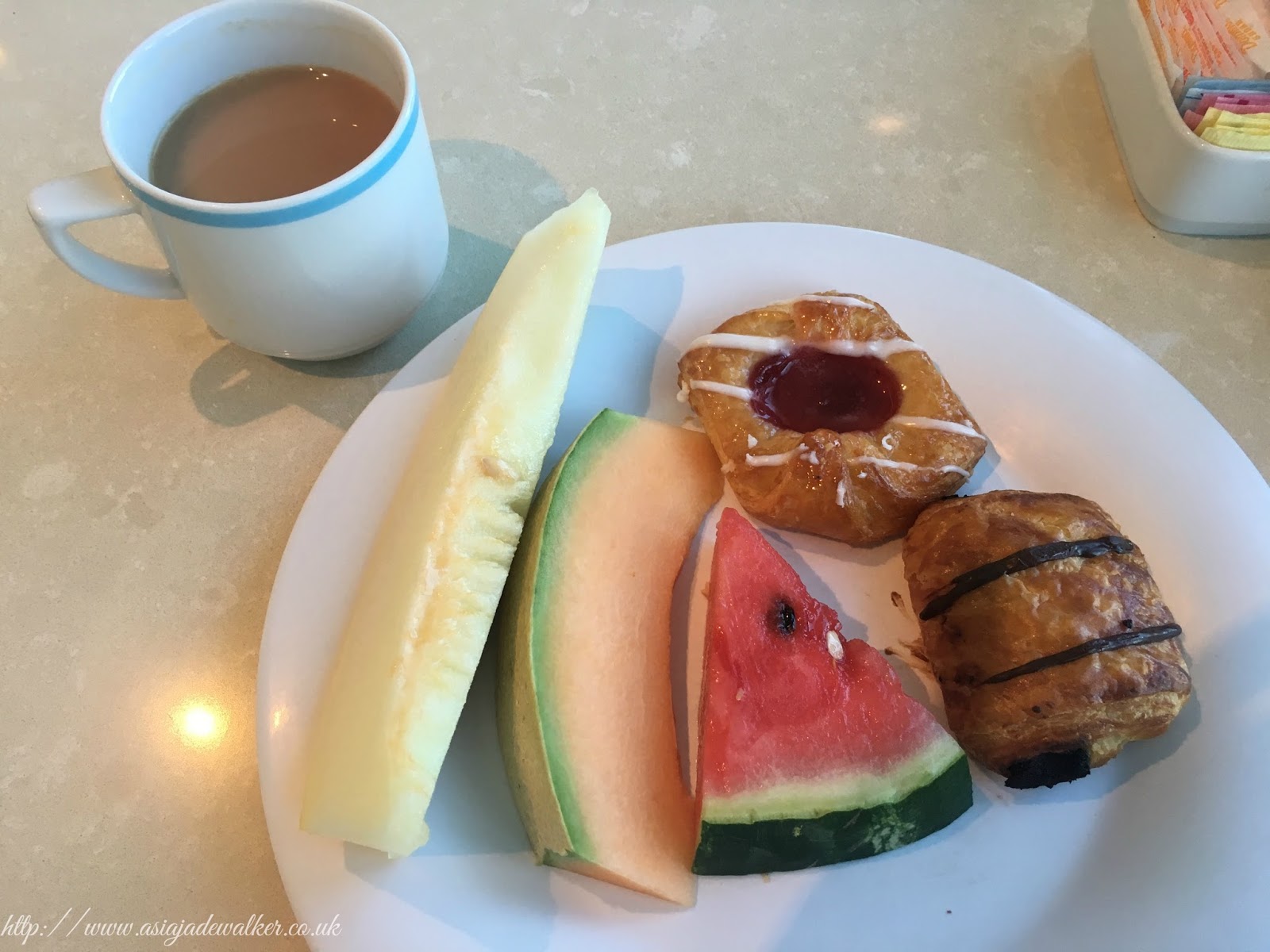 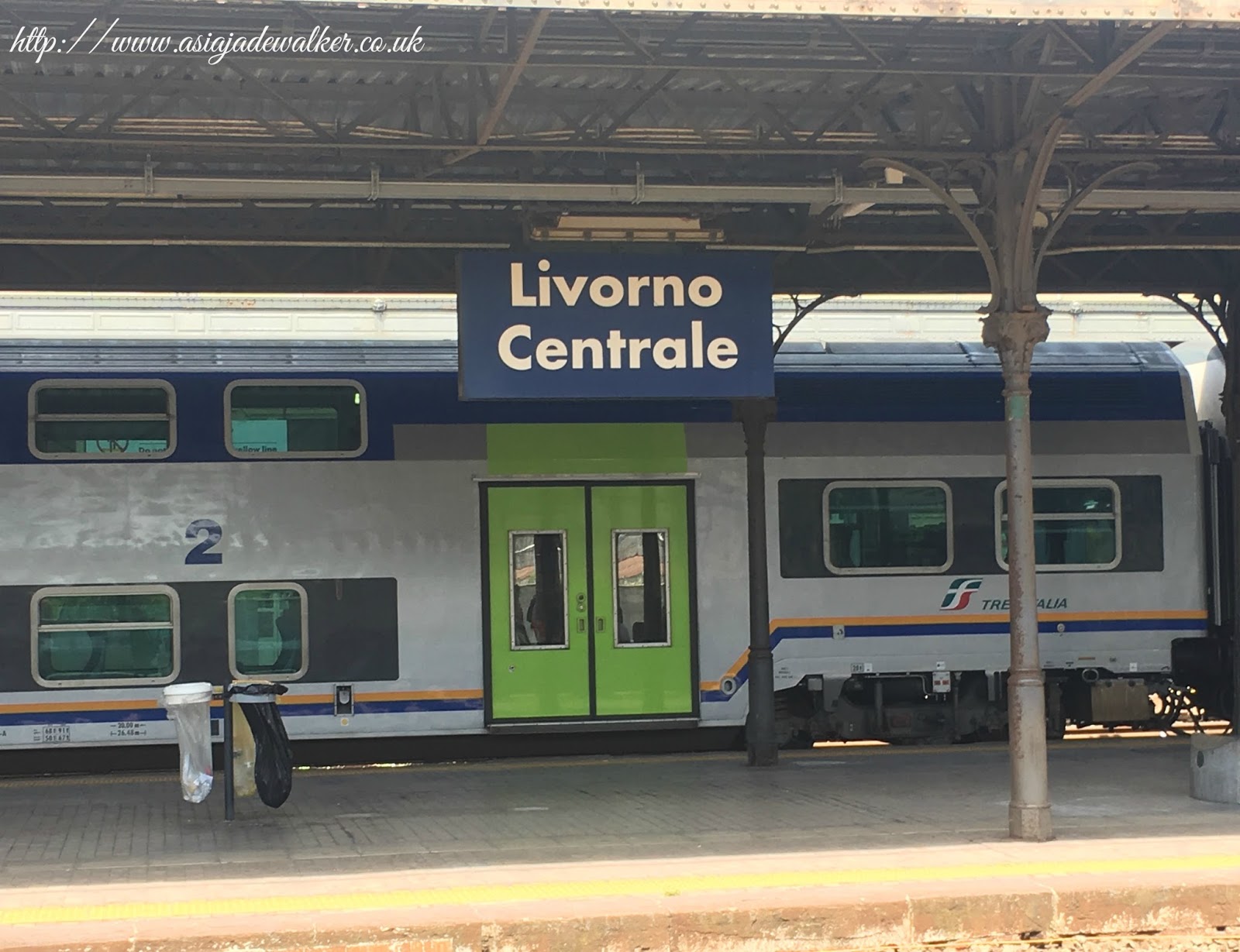 Hey guys in today’s blog post we stop off at the last location in Italy which is Livorno the main port for Pisa. Livorno was about 20 minutes away from Pisa (Yes where the Leaning Tower Of Pisa is) by train. After breakfast we made our way to leave the ship which was on the fourth floor.
We then caught a shuttle bus from the ship to the local train station which was $10 each for a return. The train station in Livorno was really easy to navigate and we managed to get our train tickets easily. I think for three returns from Livorno to Pisa it was about €15 which is really cheap.
The people who worked at the train station were really helpful considering that none of us spoke Italian. We had to wait a little while for our train as they came every half an hour and we had just missed one. The train ride was about 20 minutes and the trains were so cool because they were double decker. 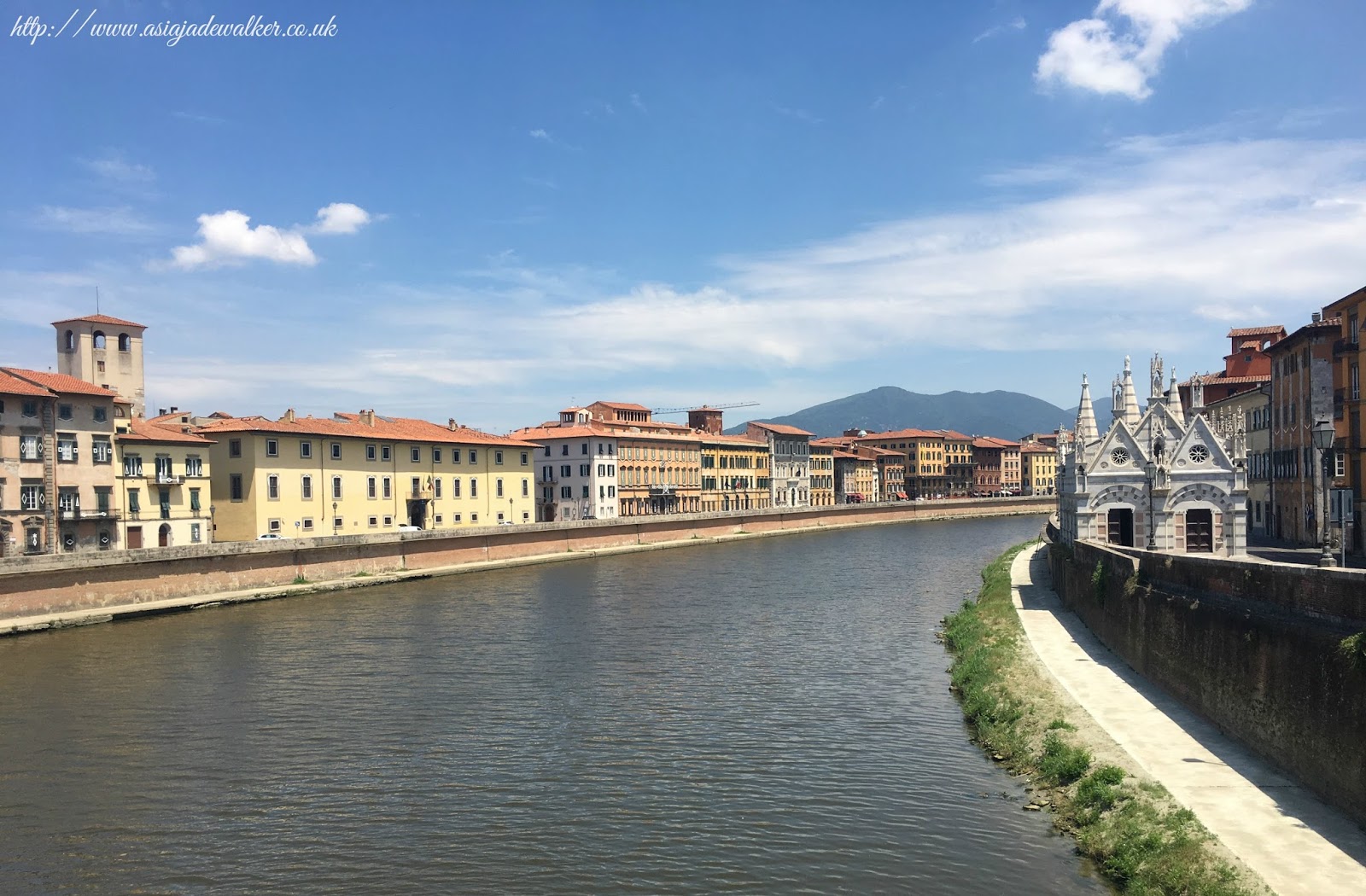 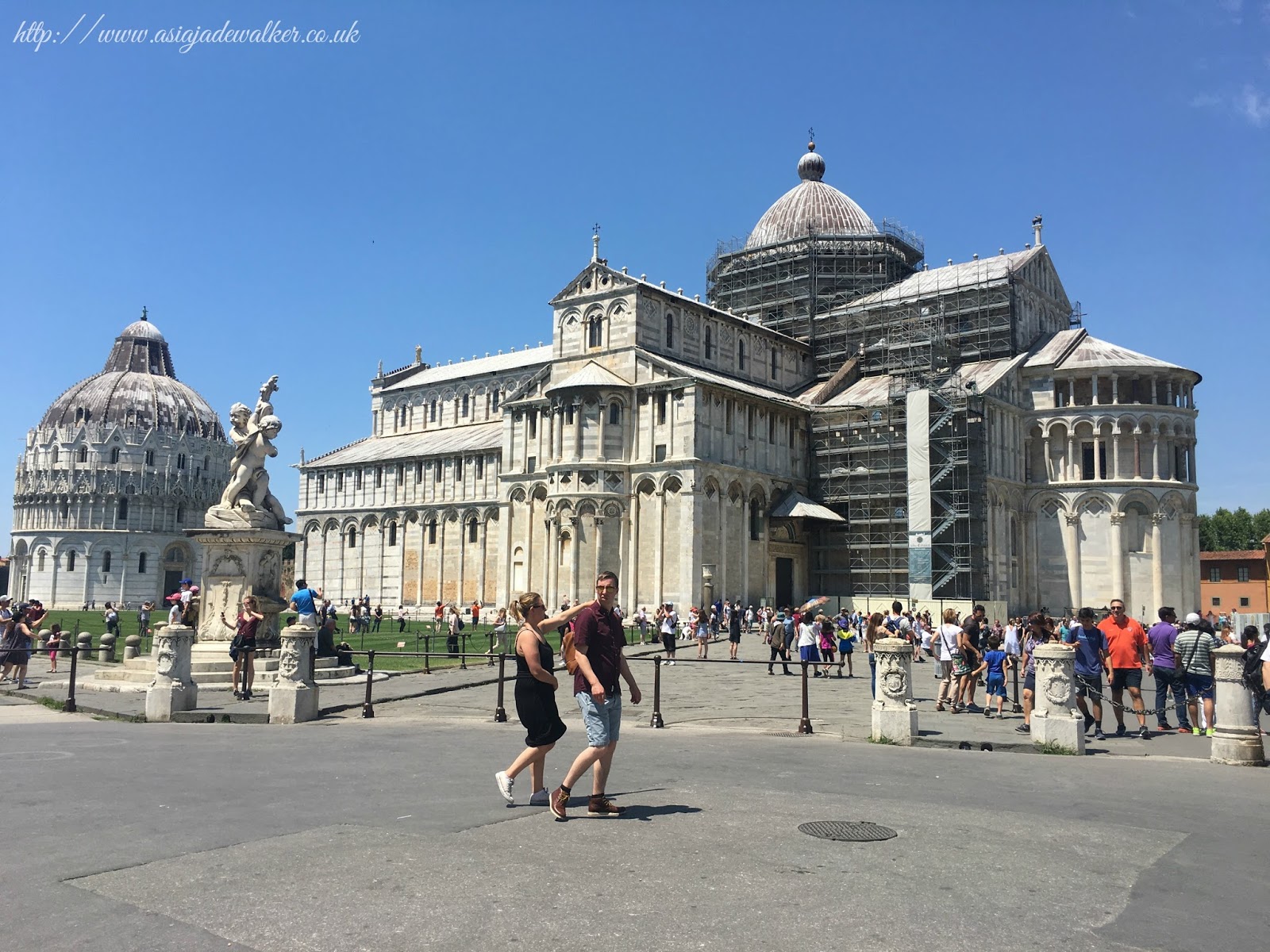 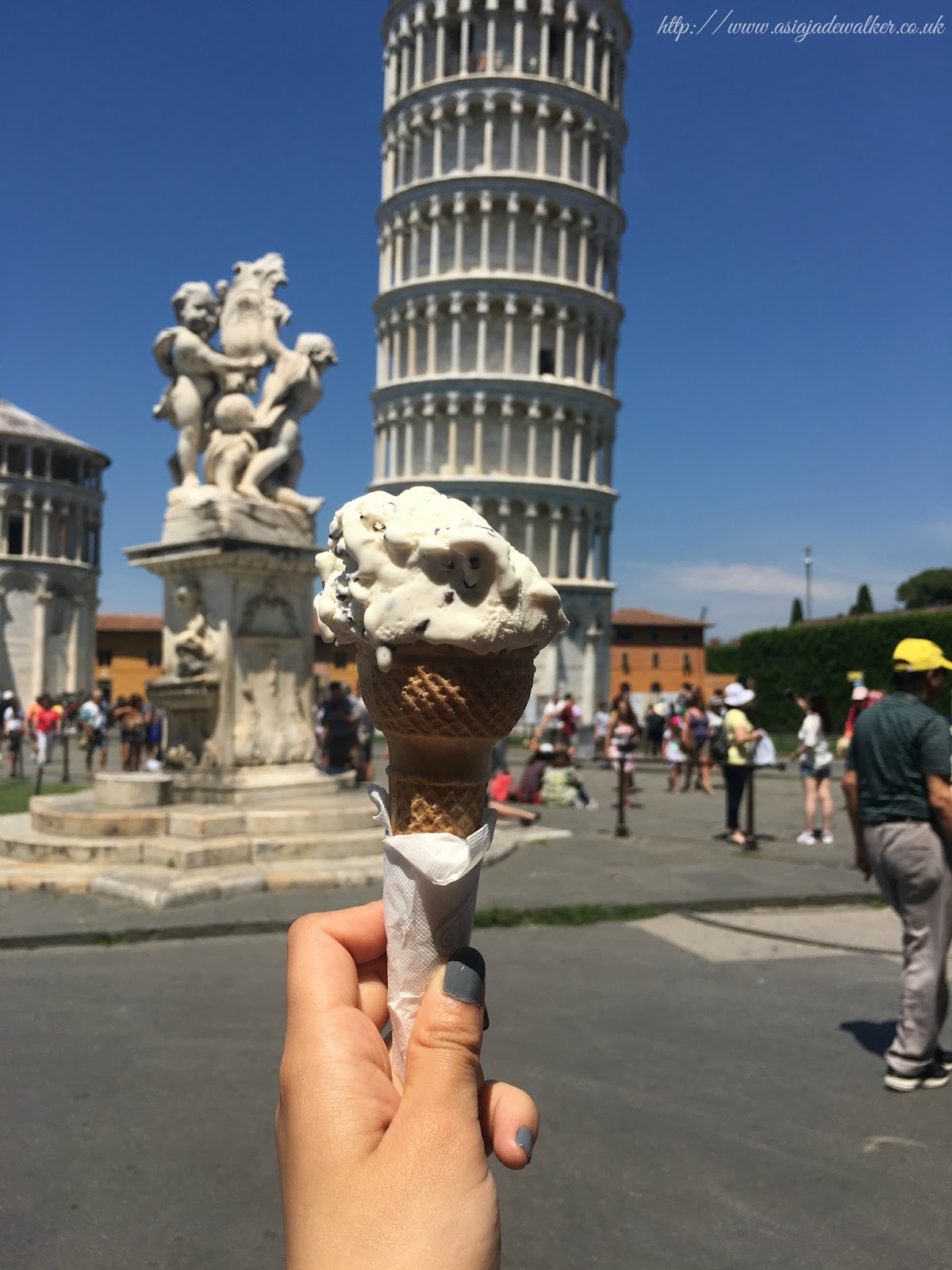 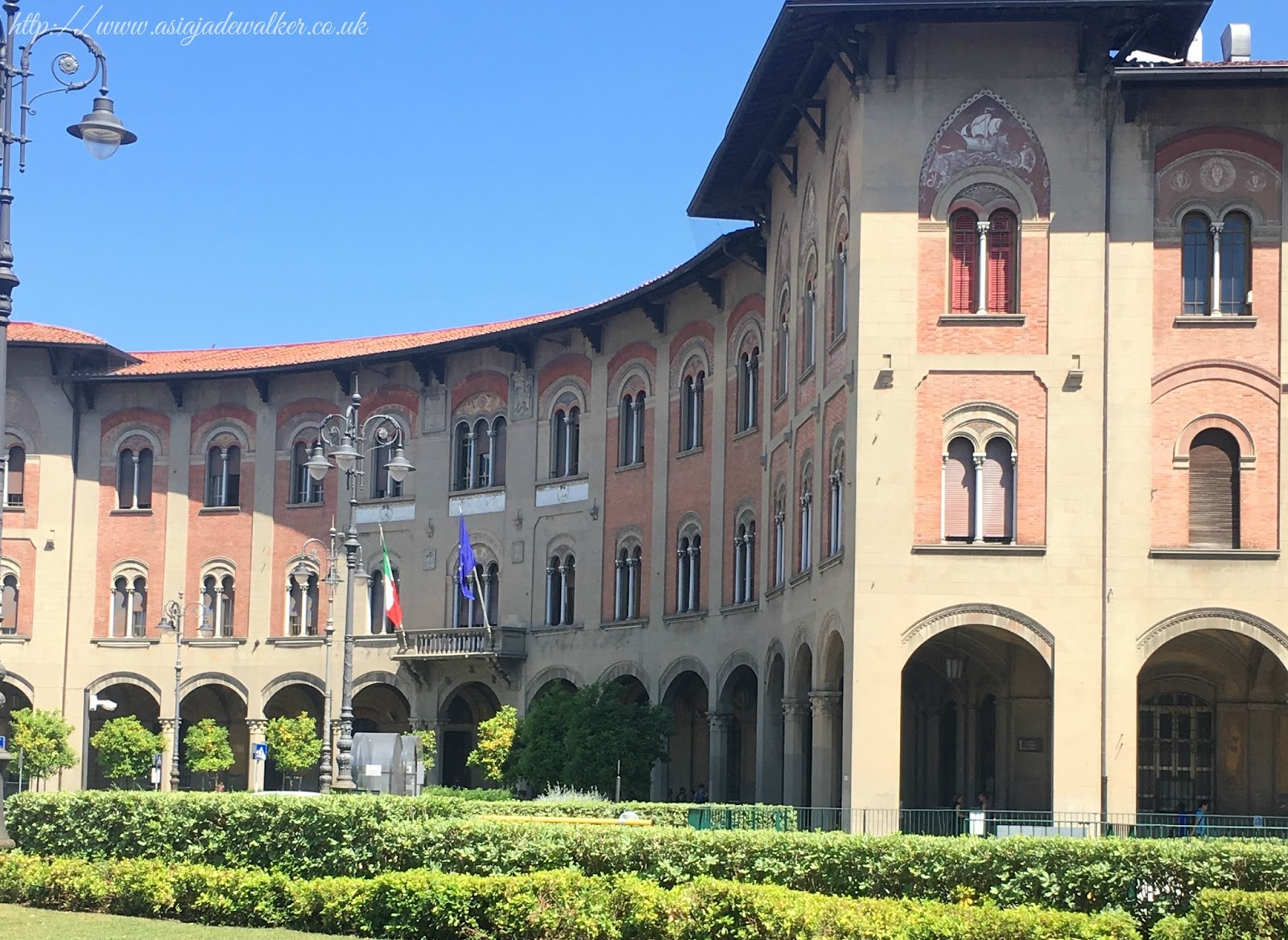 When we arrived at Pisa train station which is about a 30-minute walk to the tower itself. We decided to walk there and get a taxi back to the train station. It was probably the hottest day of our holiday when we were in Pisa. The walk was quite straightforward but it was quite long especially for my Nan who is 82.

If you don’t already know I absolutely love architecture and when we were walking from the train station to the tower we saw many amazing buildings that really stood out. The area where the tower is actually quite small I thought it would be a lot bigger. The tower itself is smaller than I thought it was going to be I had imagined it to be a lot bigger. We didn’t end up going up the top of it as there were too many stairs for my Nan.

We walked around for a bit and then I got some pizza for €3. The pizza wasn’t that bad for the price. We then got some ice cream as it was our last day in Italy and we all loved the ice cream that we got in Naples. Luckily it didn’t melt so fast this time so we could properly enjoy it. We only stayed for a few hours as we had to get back to the ship in time.

Our plan was to take a taxi back to the train station from the town centre but there were no taxi’s at all. My Nan was really tired by this time and it was really hot. We ended up walking all the way back while stopping a fair few times. Even on the way back we didn’t see many taxi’s which was really weird considering that it was the city centre. 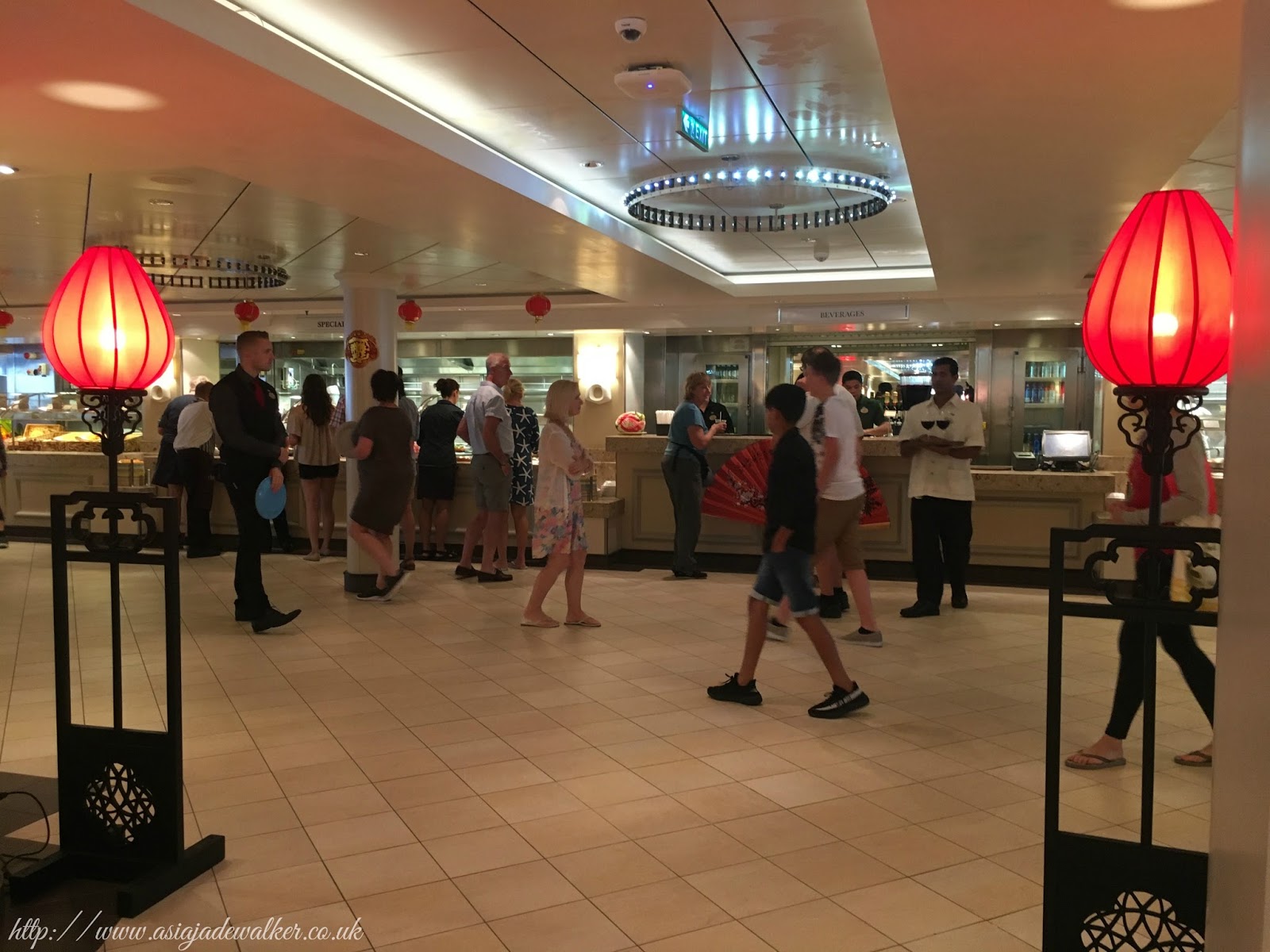 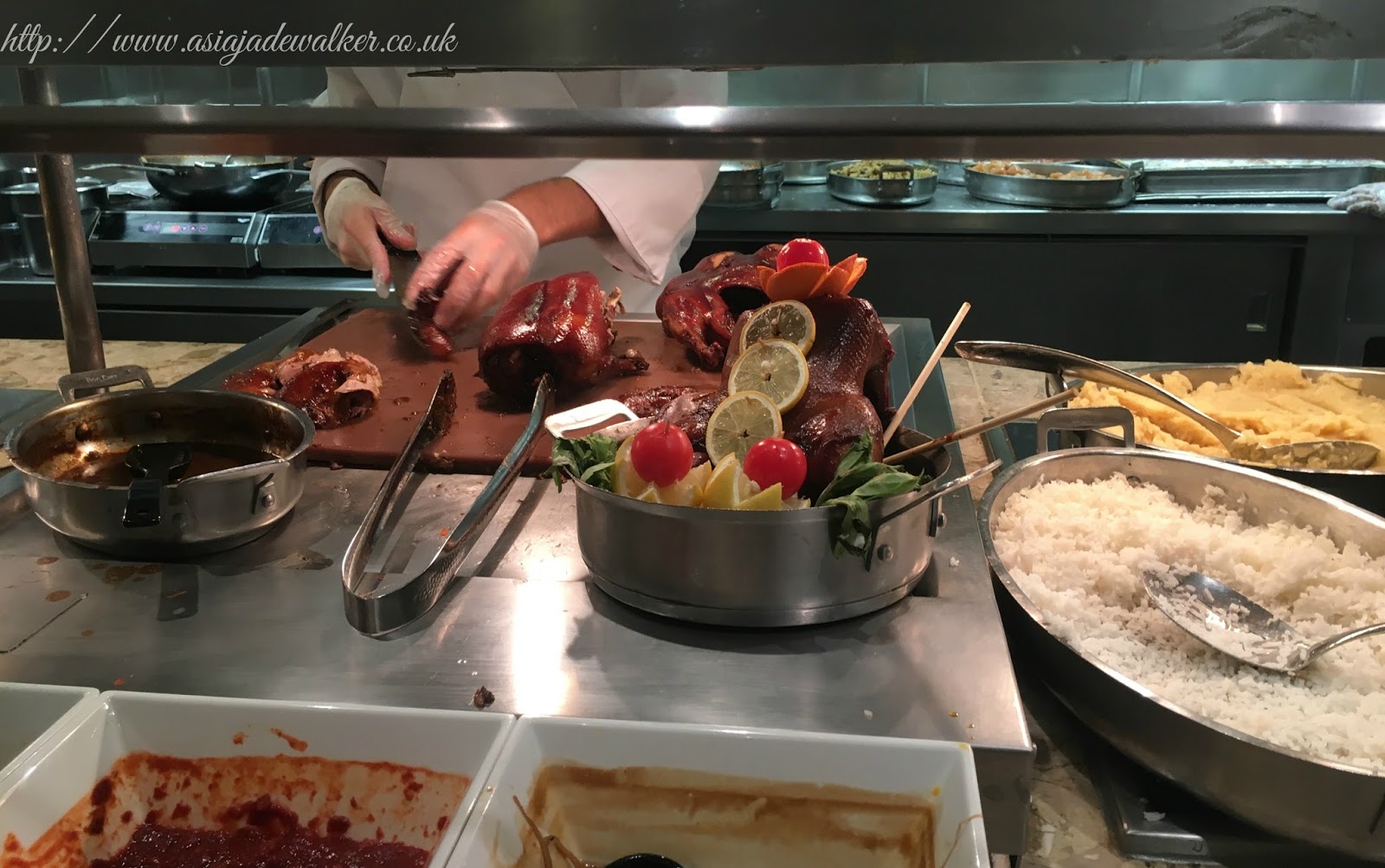 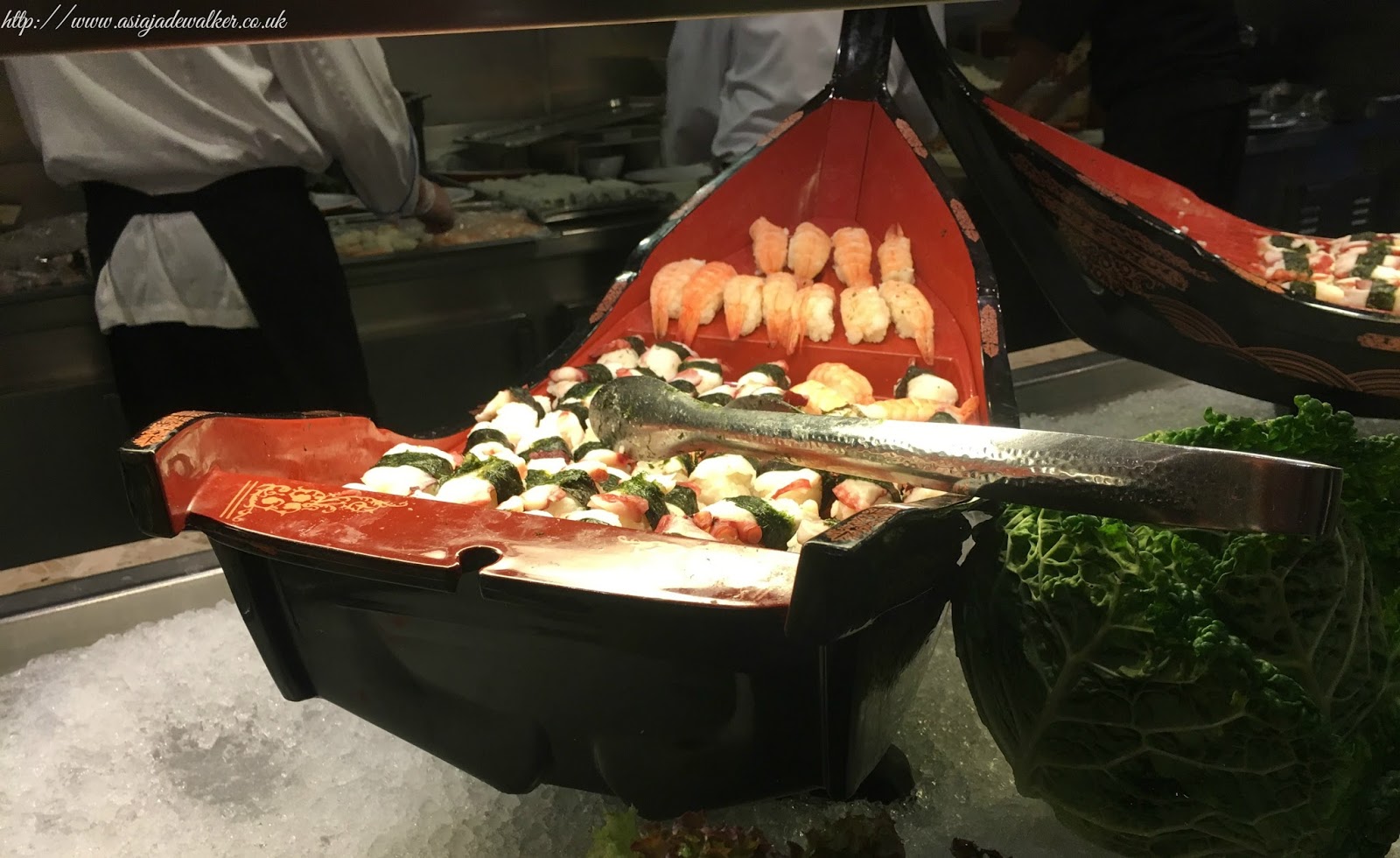 That evening I had planned to have a chilled out one. I didn’t fancy going to a restaurant so I just went to the buffet by myself and then headed back to the cabin to watch a movie and have an early night. I really enjoyed having a quiet night in to recharge my batteries for the last few days of our holiday.