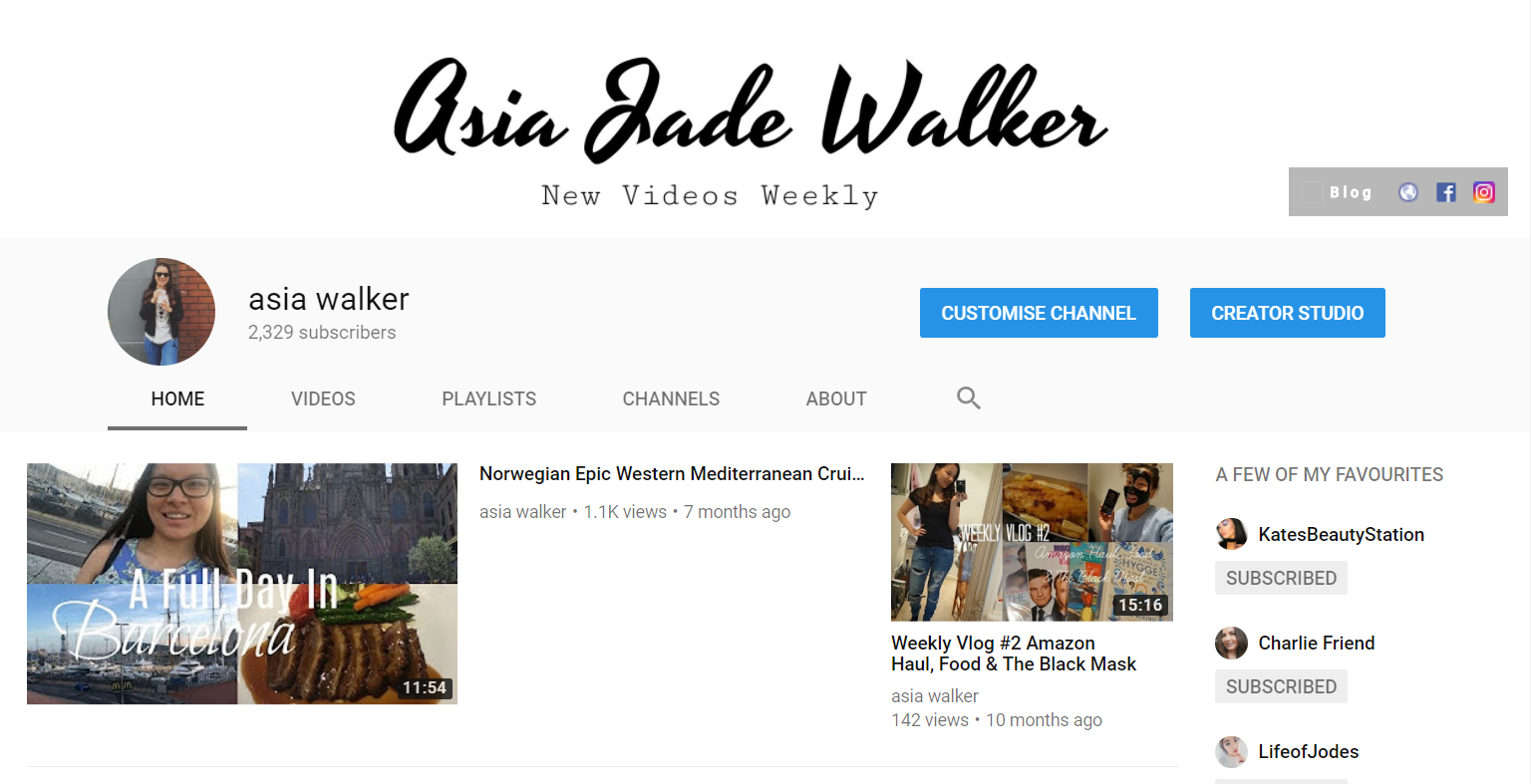 I actually wrote a similar blog post like this way back in 2015. Till today it’s my most popular blog post with 891 views in total. There are two blog posts that are more popular but they are giveaways so they’re not really real blog posts. Ever since I have started a YouTube channel I always get asked by people what videos can I make or how do I start. Sometimes finding inspiration can be hard which is why I have decided to give you 5 ideas. You can see my previous blog post from 2015 here.

It’s no big surprise that seasonal videos are popular. Who doesn’t love to watch Vlogmas or a Halloween costume tutorial? If you are a YouTuber or a blogger then you will know that views tend to go up when you upload something seasonal during that seasonal period. I have always found that when I upload Christmas vlogs during Christmas that they get more views than my other videos because people are searching for them at that time.

My most popular video ever is my Winter Wonderland Vlog which has 4.2k views. This is because I uploaded it during December when Winter Wonderland in London was open. Therefore, more people searched for it on YouTube to see what it’s like before going there.

I have noticed that vloggers who post weekly vlogs tend to get a lot of engagement on those vlogs. They also build up a loyal group of subscribers who have subscribed to them just to watch those weekly vlogs. I have seen a number of YouTubers who have grown a lot because of the weekly vlogs that they upload. I would do weekly vlogging but mine would be super boring all I do is work, eat and sleep…

I’ve found that this video is popular if it’s under 5 minutes and has flashy editing. I’ve tried to do this once and it didn’t turn out as smooth as I wanted it to be but it’s still been quite a popular video with 1.3k views. I always find that a good thumbnail for it is to show a few of the different outfits but leaving a few out so some still remain a surprise for the video.

This is a pretty self-explanatory one as when new things come out people always like to search for reviews of them before buying their own. When I have uploaded a video about a new product within it’s first few weeks of being released I have seen the views go up quicker, compared to products I have spoken about that have been launched in the past.  My tip is to research what products are coming out soon and then as soon as they come out buy them or pre-order them and film the video as soon as you can.

People are nosy so of course when you update them with something big that has happened in your life they will want to know what it is. It’s a known fact that big life updates are usually top videos on big channels. Updates such as birth videos, engagement announcements, breakups, buying a new house etc…These videos always attract interest because people want to know what’s different in your life. Of course, it’s up to you how much you want to share but things like going to university, starting a new job etc can also be big updates.