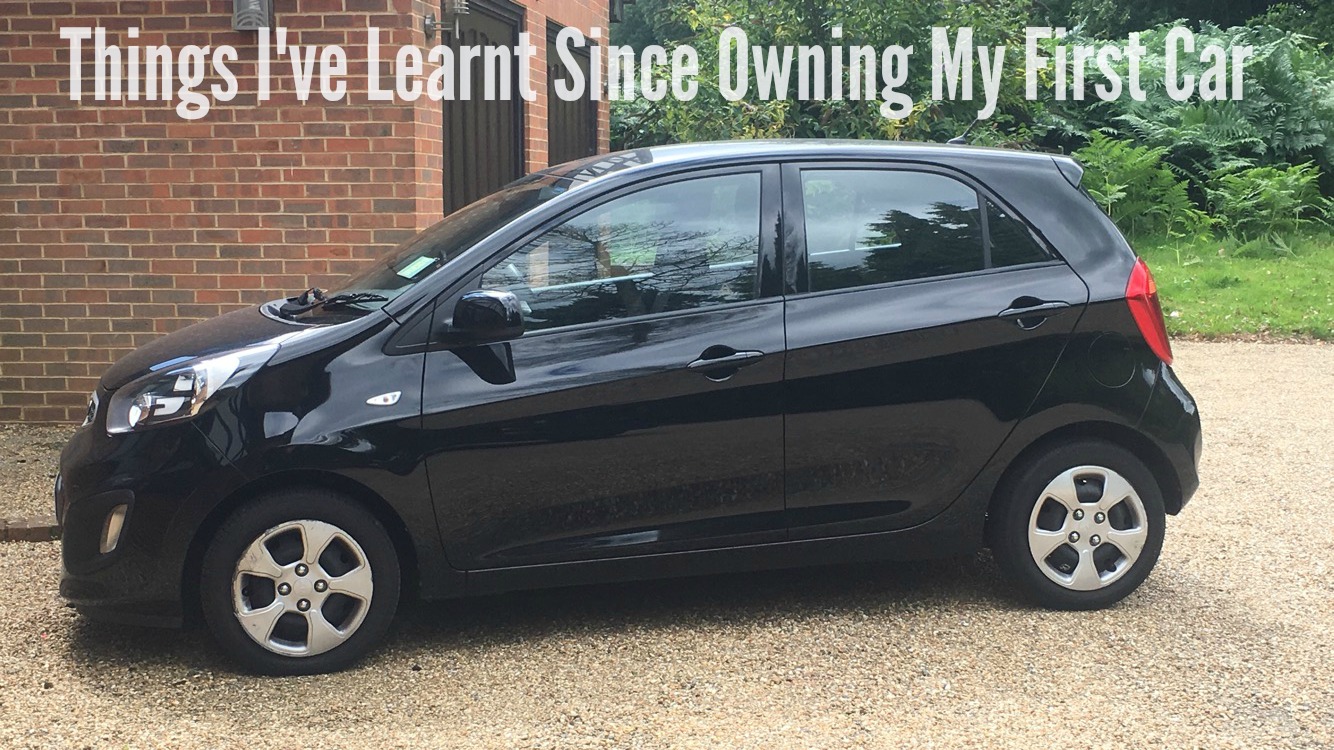 Hey guys, I thought that in today’s blog post I would share some of the things I have learned over the past 8 months since owning my first car (wow has it really been that long). I know that a lot of you who read my blog are either learning to drive or have just started driving so hopefully these tips will help you out.

Filling Your Tires Up With Air

When you are putting air in your tires at the petrol station make sure to remember where you put the tire valve cap. I put air in my tires the other day and I accidentally dropped the valve cap INSIDE the wheel. Seriously, though this would only happen to me. I was freaking out because I was like erm what if the air comes out?

Luckily a few people told me that it would be safe for a few days and that they’re only really there to stop any dirt or dust going inside. A few days later I went to Halfords (my second home at the moment) to pick up some new valve caps. They were around £3 for about 5 of them so I have put a new one on the tire without one and then keep the others in my car for when I lose one again (It will happen).
Don’t Leave Your Lights On
Now, this may seem like an obvious one but here’s why I’m including it. So you only really need your lights when it gets dark. The fog lights you only use when you can’t see 100m in front of you. So when it’s snowing or raining heavy etc…The normal lights you have low beam so when you are using them during the day and then high beam for the night time.
My car is a 2014 Kia Picanto which means that it’s technical but not very. Therefore my lights can only be turned on by a switch which means that they don’t turn off automatically when I switch the car off. My car doesn’t beep either when they are still on which some of my friend’s cars do. This means that I often forget to switch them off. I learned my lesson the other week when I left them on and it killed my battery. I had to pay £86 for a new battery through my break down cover (Which wasn’t the worst thing but it was £86 that I could have saved on).
You Will Ruin Your Hubcaps And It’s Okay

If you have a less expensive car like me which was only worth about £14,000 I’d say in 2014 and is now worth around £4,000-£5,000 depending on the version. Then you will most likely have hubcaps on your wheels. If you don’t know what a hubcap is then it’s a plastic frame as such that goes over the metal on your wheel to protect them. You may see that other cars such as an Audi or Mercedes don’t have hubcaps but just the metal bit instead.
When I first got my car I hadn’t parked for ages and every time I parked badly I would effectively ruin my hubcap. One of them is completely ruined and almost coming off but won’t come off as they are bolted on to your wheels. Your hubcaps are there to be ruined and you don’t actually need them so if one falls off don’t worry. If you do want to replace them then they are quite reasonable to ranging from £12-£30 for a set of four.
I’m sure that there are many other lessons I have learned over the past few months but I can’t remember any more now. I will probably do a few more blog posts like this when I can remember them. I always find blog posts like this so helpful as they usually give me more information that I never knew before.