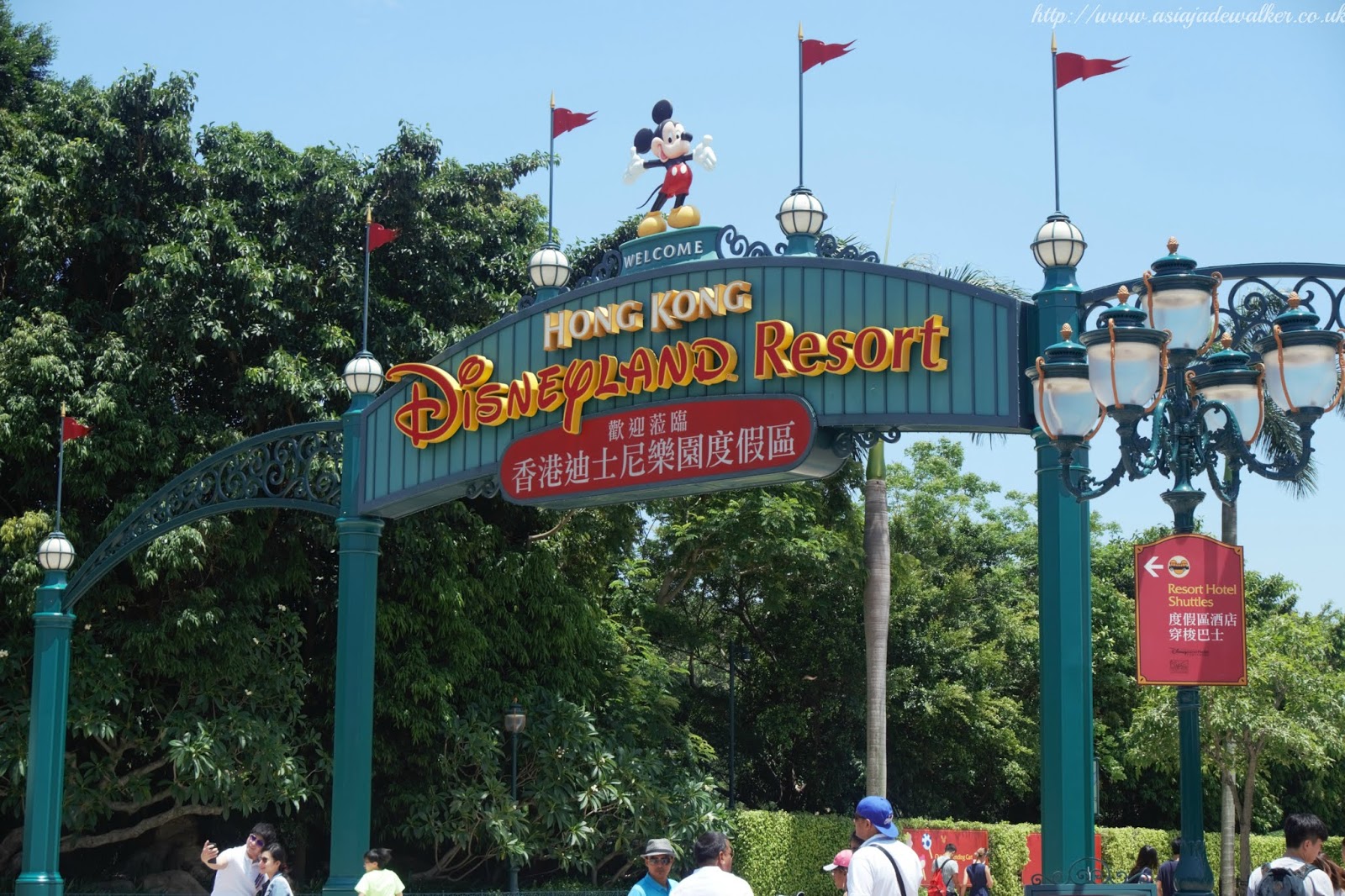 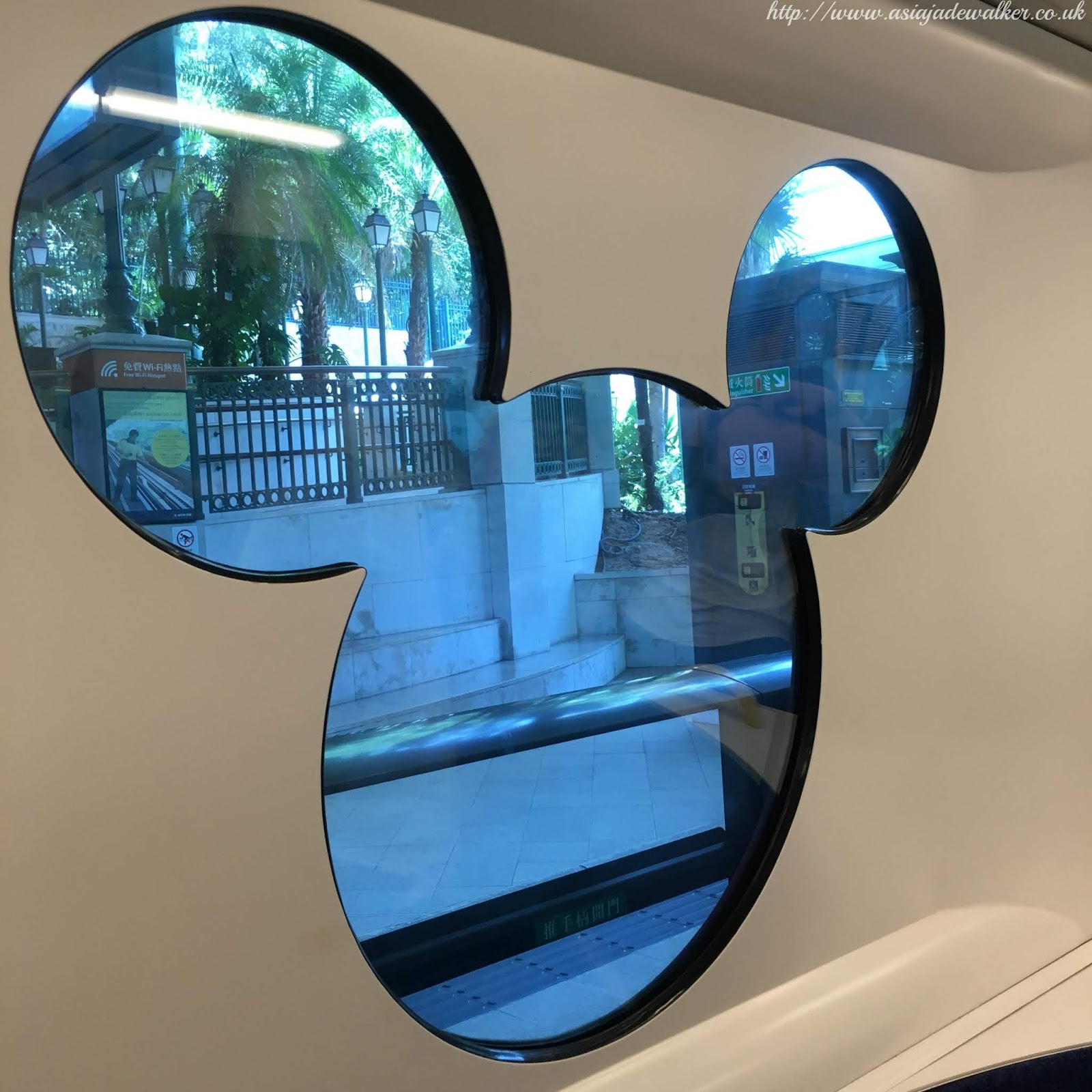 The day started off very early as usual as had I only slept a bit due to jetlag. However, we didn’t meet until much later that day which meant that I got to sleep a bit more before I needed to get up and get ready. I then headed to the MTR station where I took a train to Tsing Yi which is a few stops away from Sunny Bay where you catch the train to Disneyland.

We had decided to go to Tsing Yi first so that we could grab some food first as the food at Disneyland is expensive. I did expect the food to be expensive and I knew that I probably wouldn’t eat a full meal there just a few snacks to keep me going. I managed to pick up a pastry from a bakery at Tsing Yi which I ate before we got into the park.

We then headed to Sunny Bay where you catch a special train to Disneyland. The train itself is pretty cool as it has been decked out with Mickey shaped windows and has a really cool interior just for the Disney express. The train journey from Sunny Bay to the Disneyland resort was about 10 minutes long. 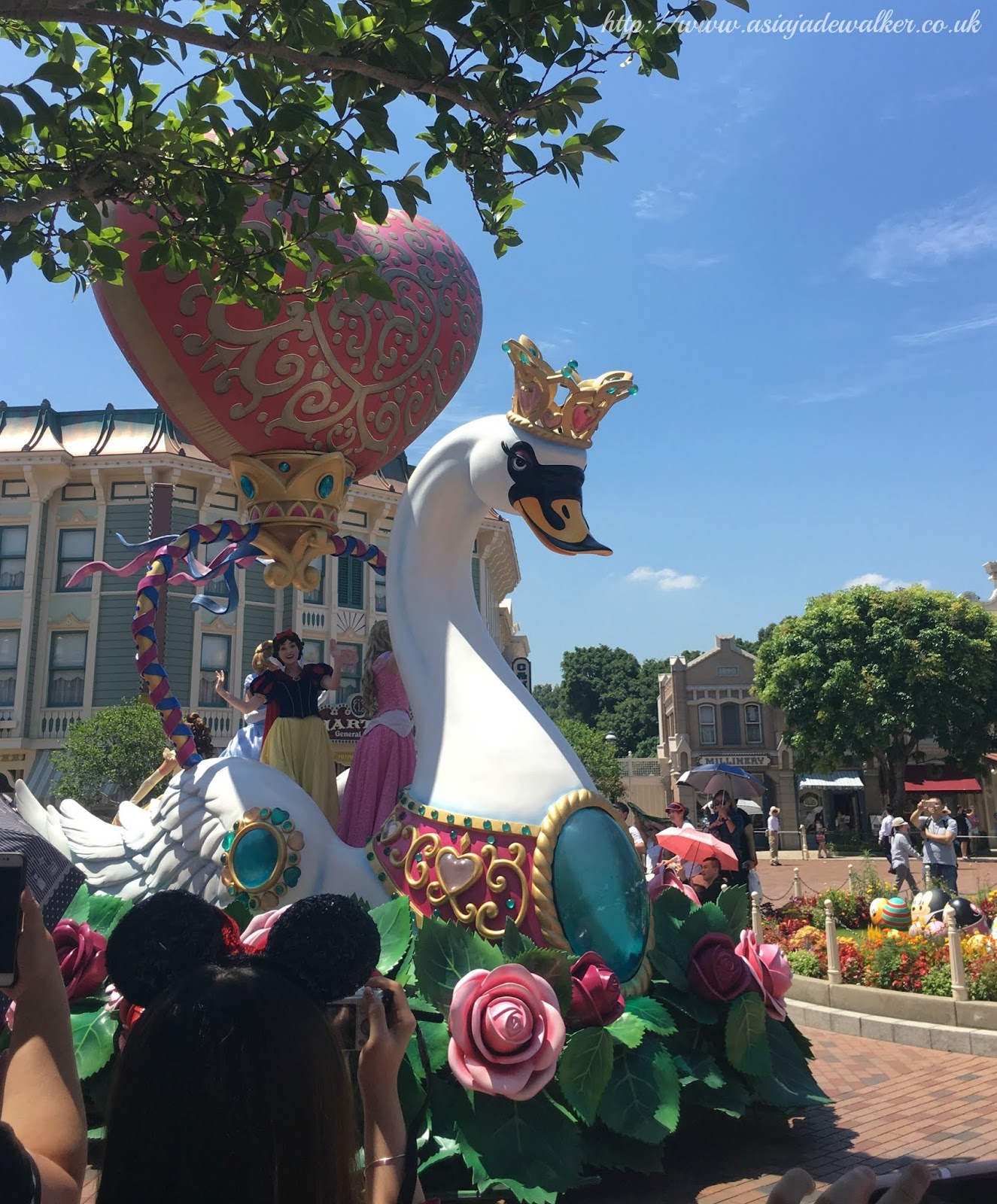 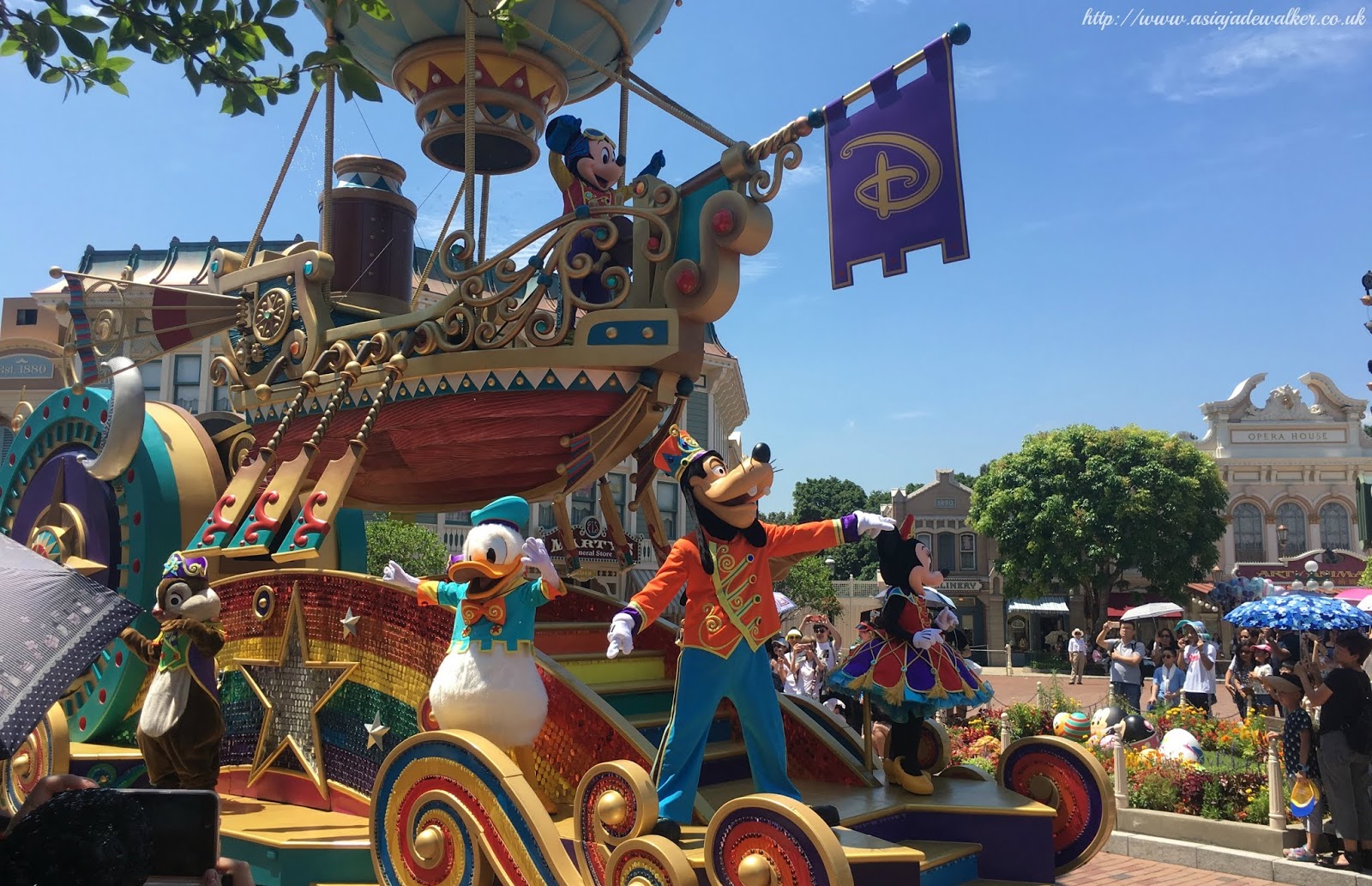 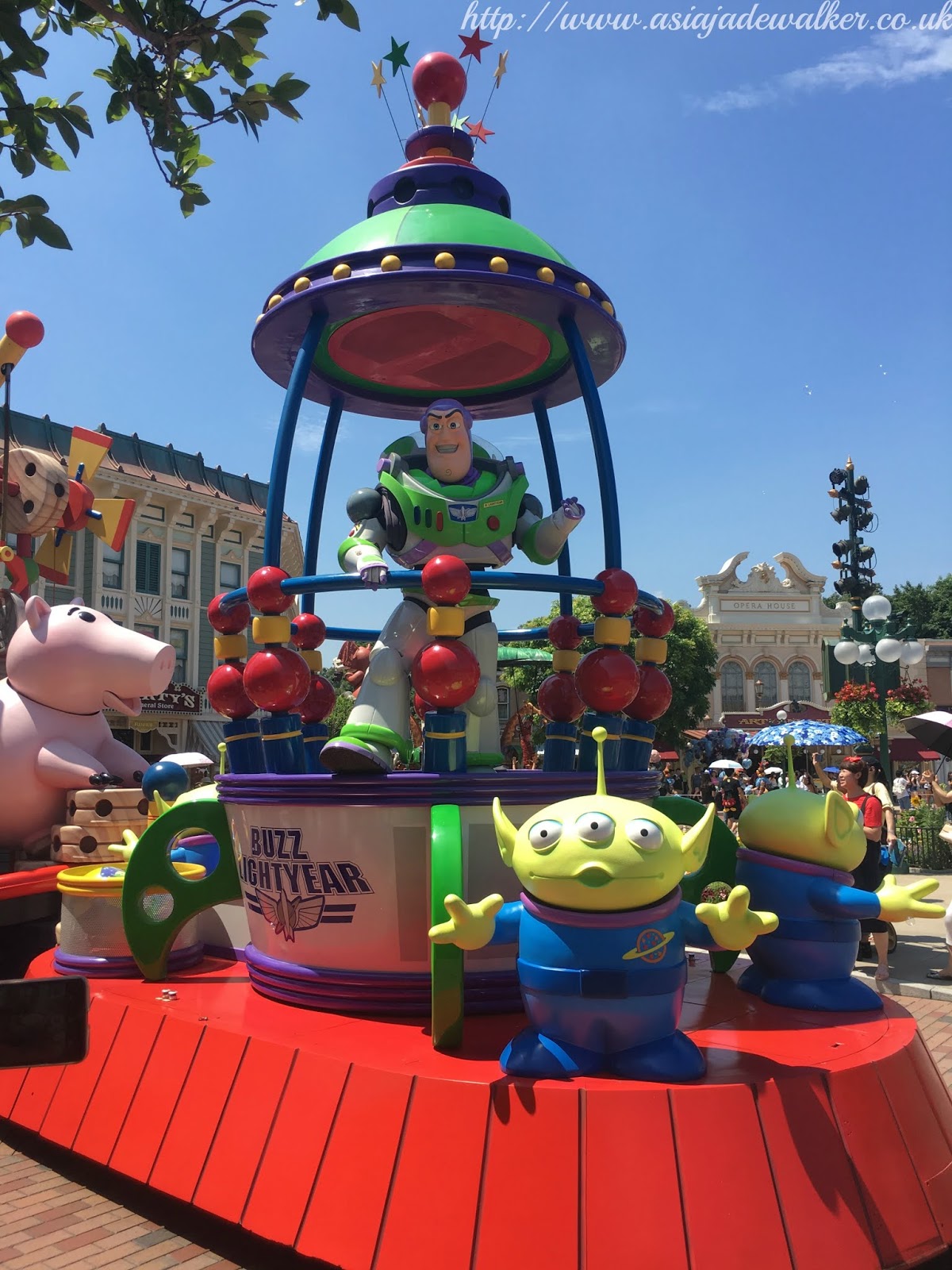 The first thing I noticed when we got to Disneyland was that it was very open and exposed to the sun. It was also very very hot that day which meant that I tried to keep myself hydrated as much as possible. Disneyland was just as I had expected it to be as I have been to the one in Paris many times.

Luckily when we went it was on a Monday which meant that it was still busy but only with tourists and not the locals. Our tickets were around 600 and something Hong Kong Dollars which is around £60. This is quite a lot however, it is Disney so I was expecting to pay a high price for a ticket.

We arrived just in time for the parade as it was starting when we were walking into the park. We stood and watched it all as it was only a small one. I absolutely loved seeing all of the cast members dressed up as well as all of the characters. My favourite thing about visiting a Disney park is seeing the joy and excitement on the little kids’ faces. 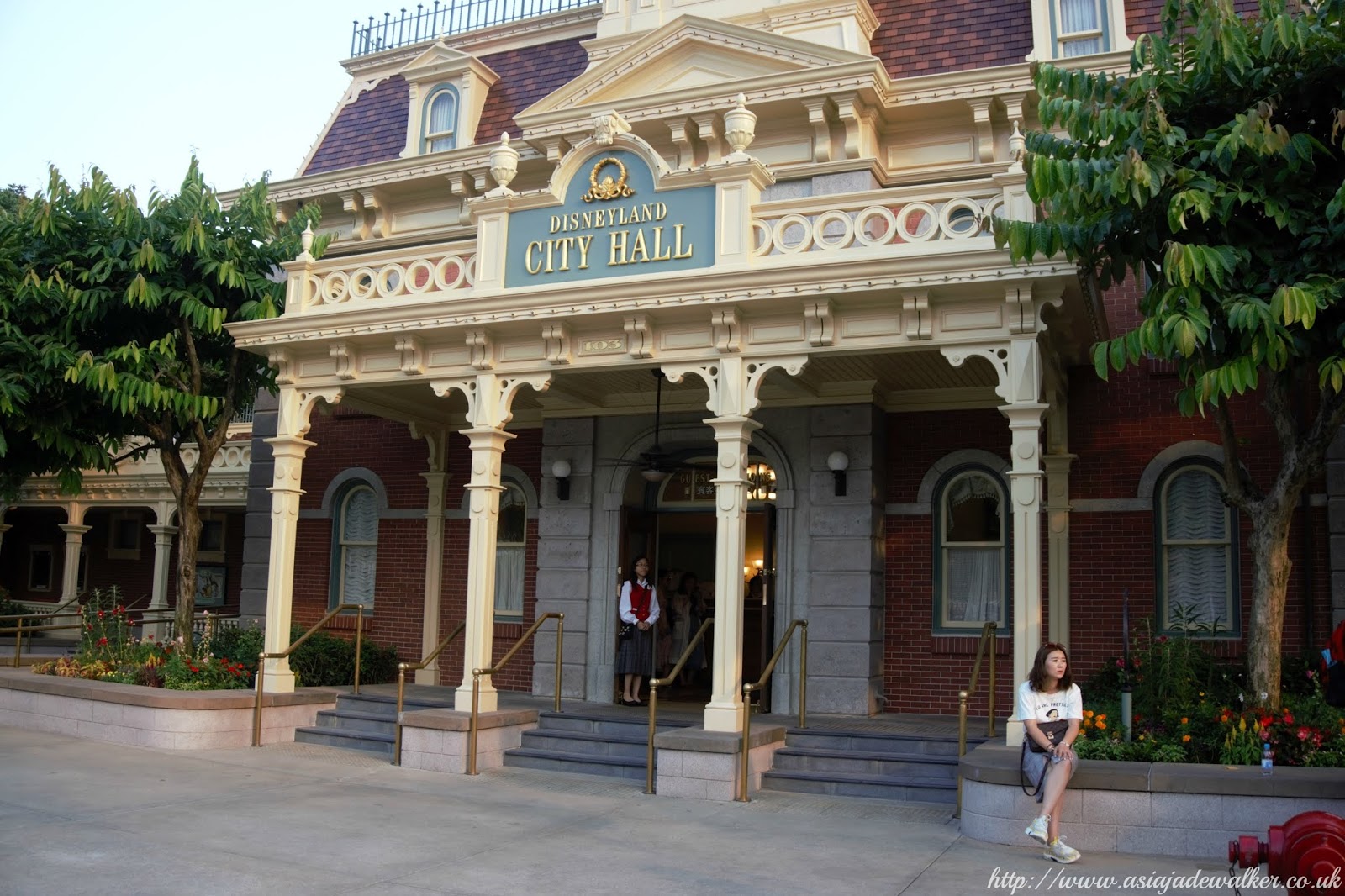 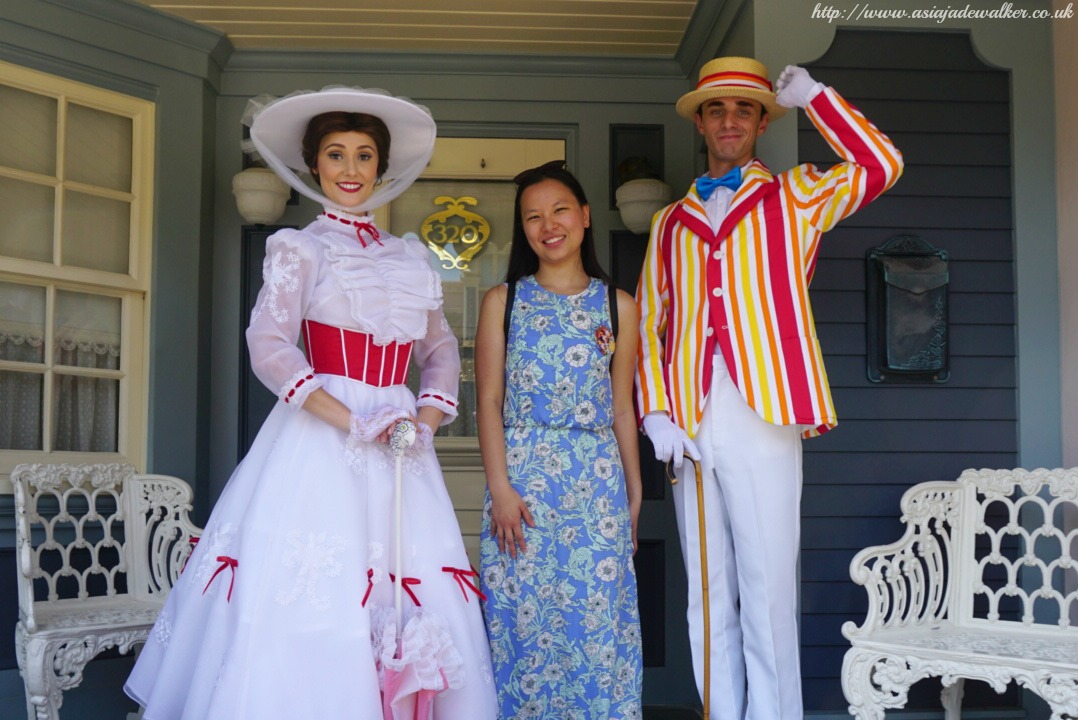 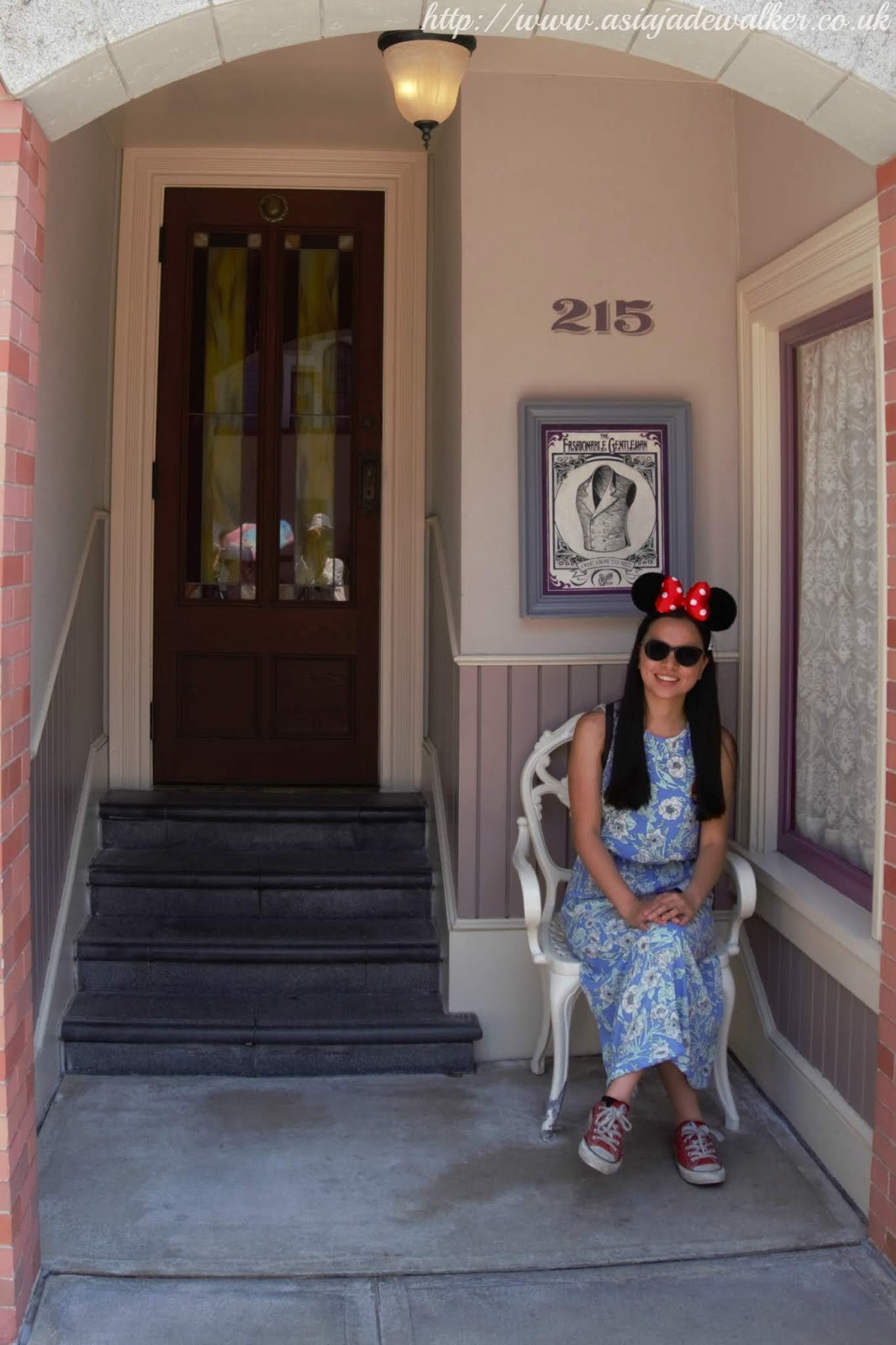 After the parade, the first thing on my list was to get a birthday badge from the town hall. If you didn’t already know you can get badges from the town hall for all sorts of occasions. I got a birthday badge as it was my birthday on that day but you can also get badges for your first visit & just engaged as well as many others. I then popped to the emporium to pick up some Minnie ears. I decided to go for the classic ones as I thought they would best suit me.

We then walked down Main Street where we saw Mary Poppins and Bert. Of course, I had to queue up and take a photo with them as I loved the film when I was younger. Luckily we just made it as the staff closed the queue straight after us. I had forgotten how in character everyone is as when I chatted to both of them it was like talking to the real movie characters.

After meeting them both we then headed towards the castle which was unfortunately under construction which meant that there was a wall all around it. I would have loved to have taken a photo in front of it but it looked unattractive with the wall around it. We then decided to walk around the whole park in a circle so that we got to see each land. 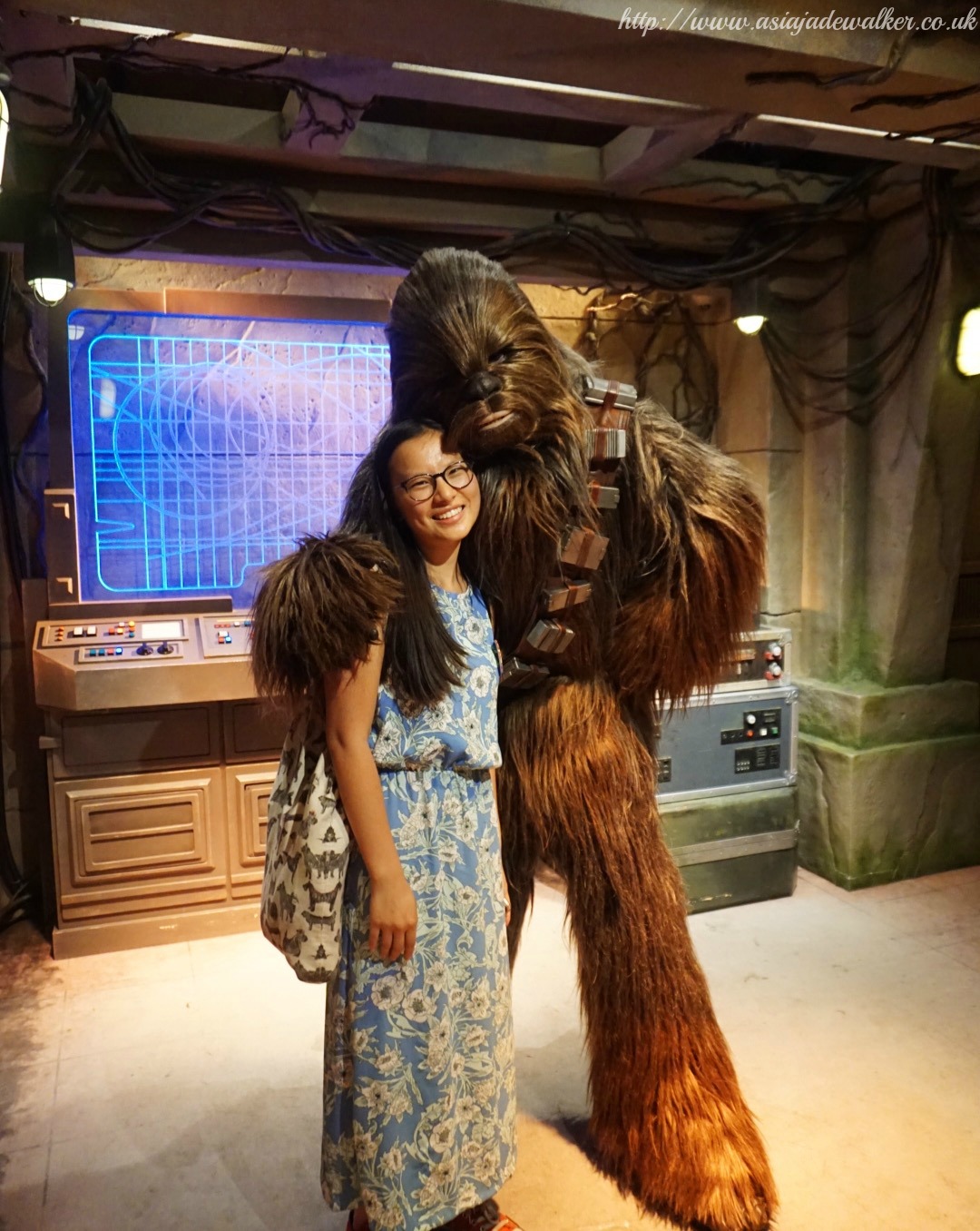 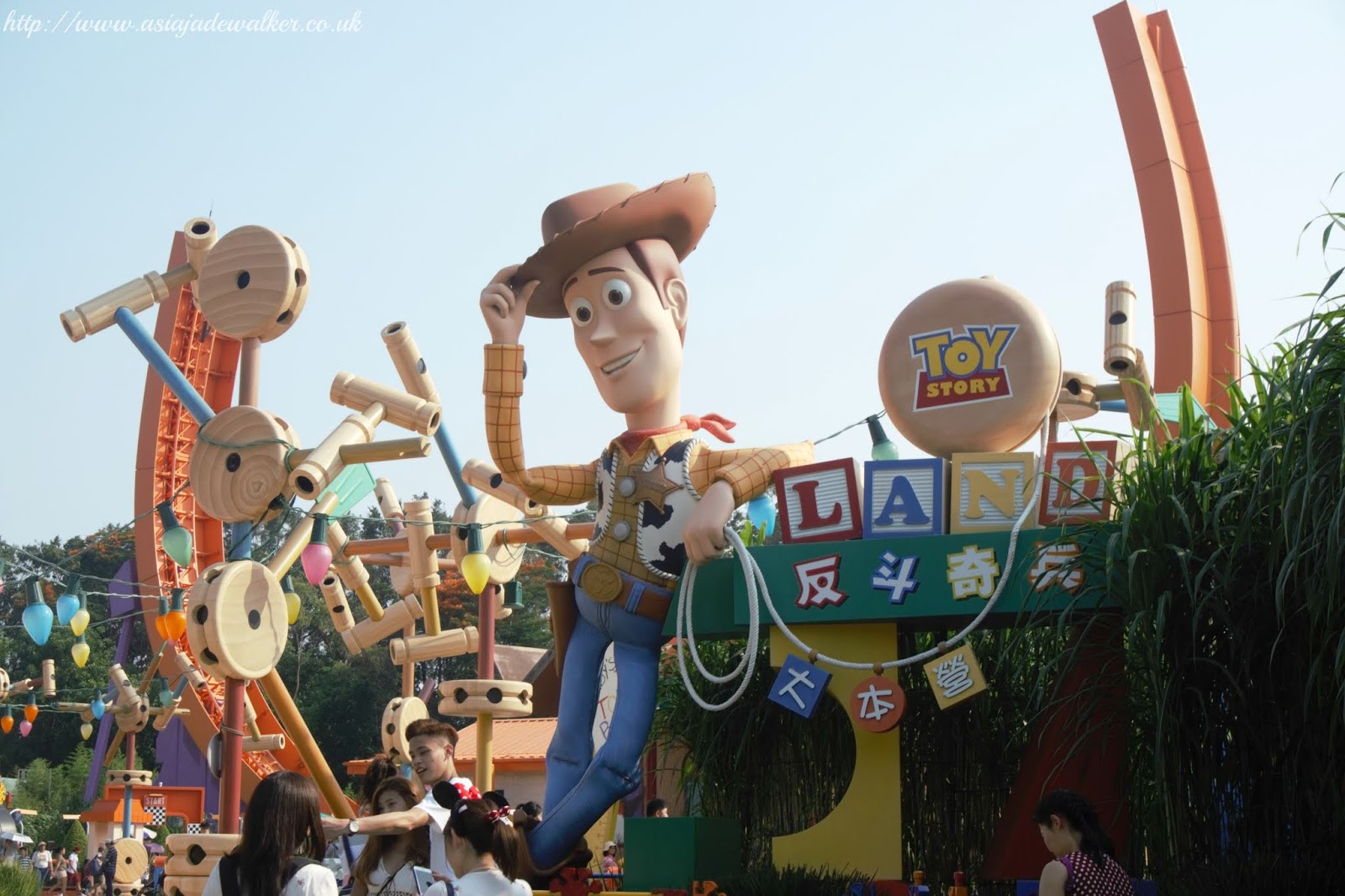 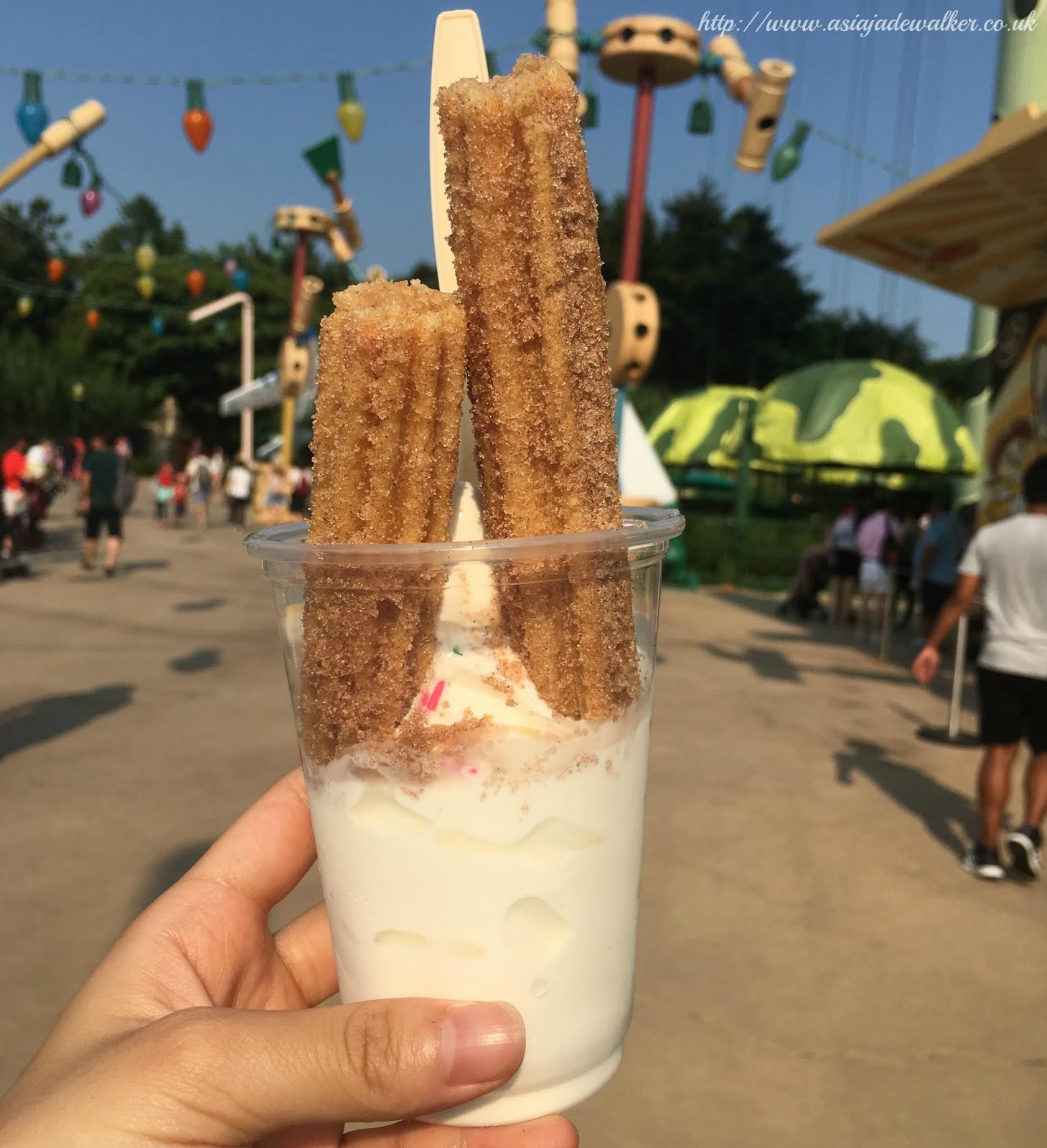 The first land that we visited was Tomorrowland where we just had a look around and met Chewy as well. I should probably mention that myself and my friend aren’t the biggest fans of rides. We probably only went on about three or four rides throughout the whole park. Just as we were leaving Tomorrowland I saw that you could meet Chewy which I immediately said yes to as I do like Star Wars and I think that Chewy is pretty awesome.

We then headed towards Fantsyland where we rode on It’s A Small World & The Many Adventures Of Winnie The Pooh. We had decided to go on It’s A Small World as the queue for Winnie The Pooh was really long so we decided to go there first and come back to the other ride later. Both rides were great fun and brought me back to my childhood days when I went to Disneyland Paris. The Winnie The Pooh ride was really good as they don’t have that ride anywhere else I don’t think. Pooh Bear has always been my favourite character ever since I was little.

The next land we came to was Toy Story land which was particularly cool as it really looked like the movies. Everything in the land was huge so you felt like one of the toys. Again we didn’t go on any of the rides in this land but we did grab some ice cream which was really yummy. I got one with churros which I really needed at the time as it was so hot and my energy levels were low. 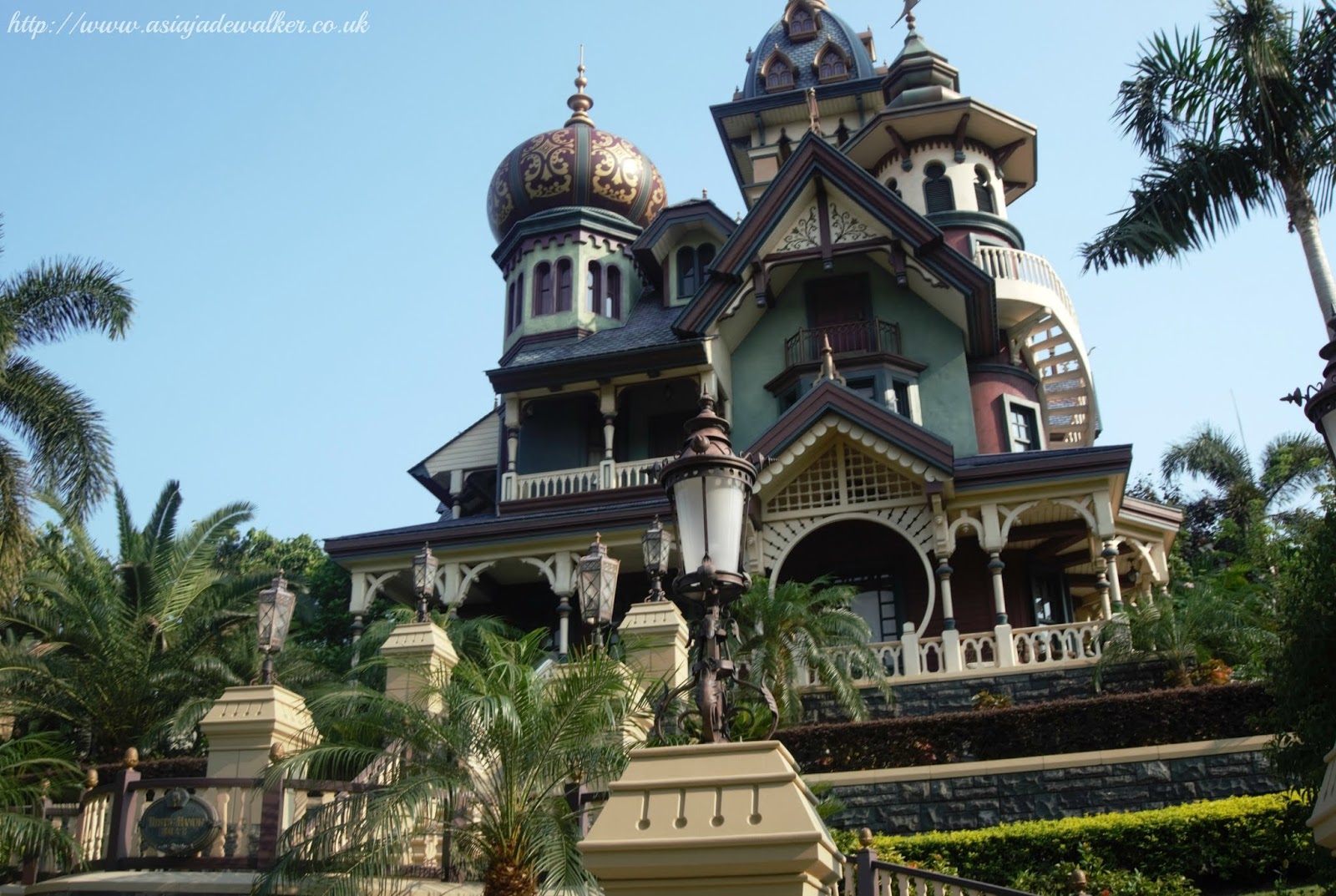 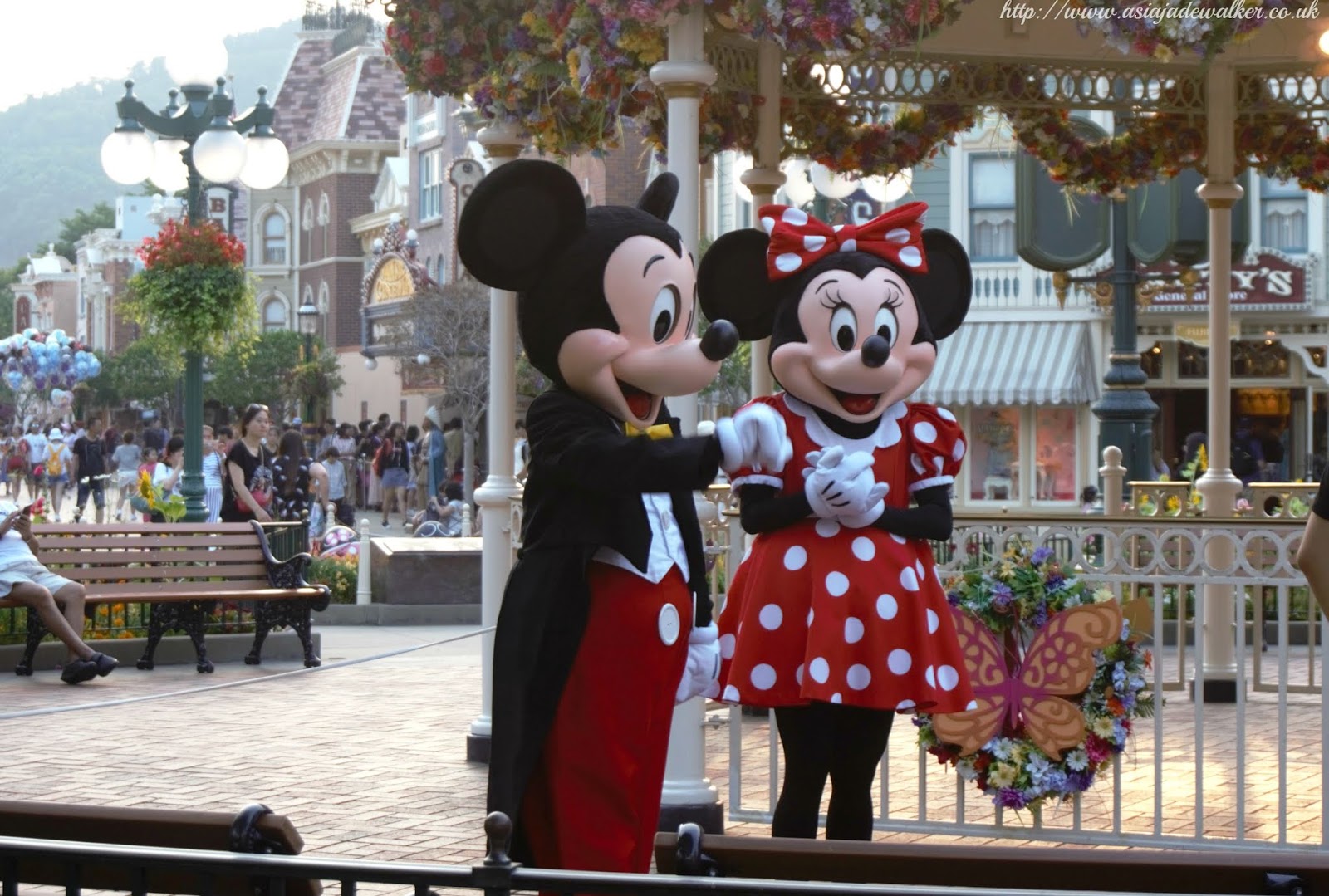 We then walked on over to Mystic Point where we rode on Mystic Manor which is very similar to the Phantom Manor at Disneyland Paris but it just has a different storyline. We then strolled through Grizzly Gulch & Adventure land as we didn’t want to go on any rides in those lands but we still wanted to wander around.

The last thing on our list was to head to the shops to pick up a few gifts for myself as well as family and friends. I thought that I would have picked up loads of things but I was actually really good and only bought a few things. We then headed to leave the park as we were both tired and wanted to get some food outside of the park where it is much cheaper. 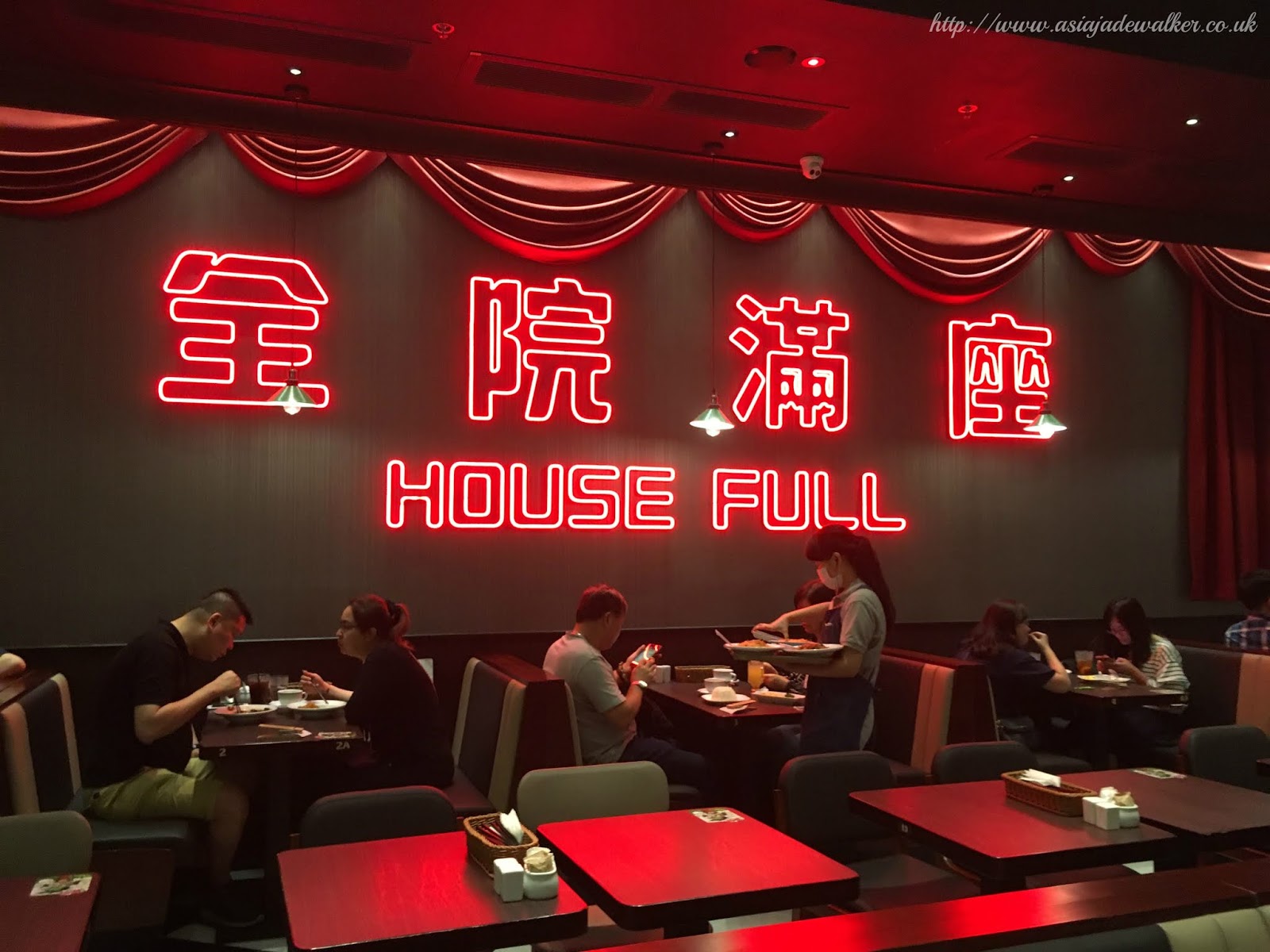 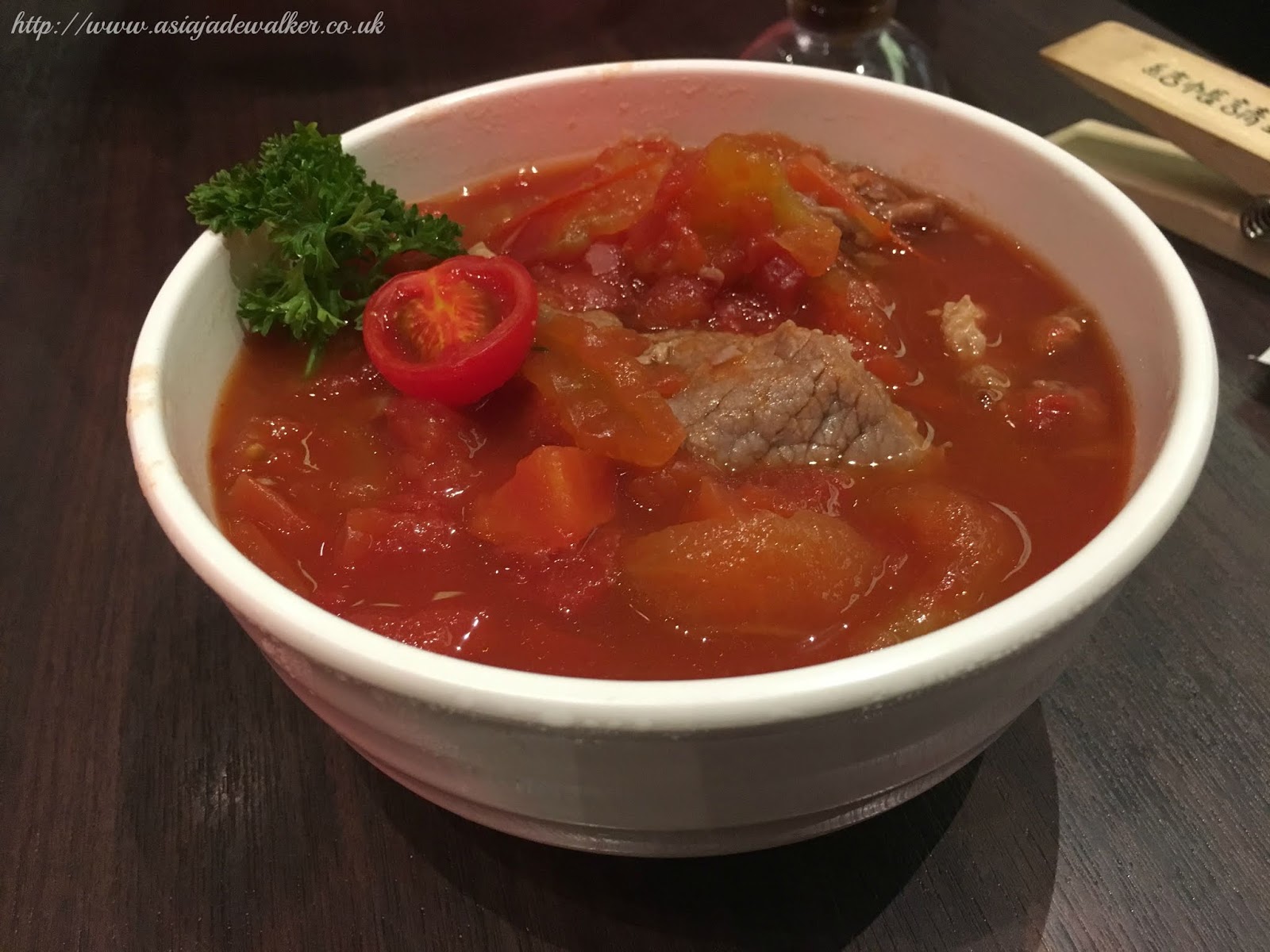 For dinner we went back to Tsing Yi where we got dinner in the shopping centre attached to the train station. We had decided to go to Law Mark Kee which is a traditional restaurant. I had decided to get the tomato noodle soup which had instant noodles, beef and tomato sauce.

After dinner, we then headed our separate ways as my friend lived closer to Tsing Yi so it was easier for her to get home from there. I then headed back to my hotel in Fortress Hill for an early night. When I got back to the hotel I watched a bit of YouTube on my laptop and then went to bed as I was exhausted. The heat that day was unbearable at times as it was directly on us because of the lack of shade and breeze. 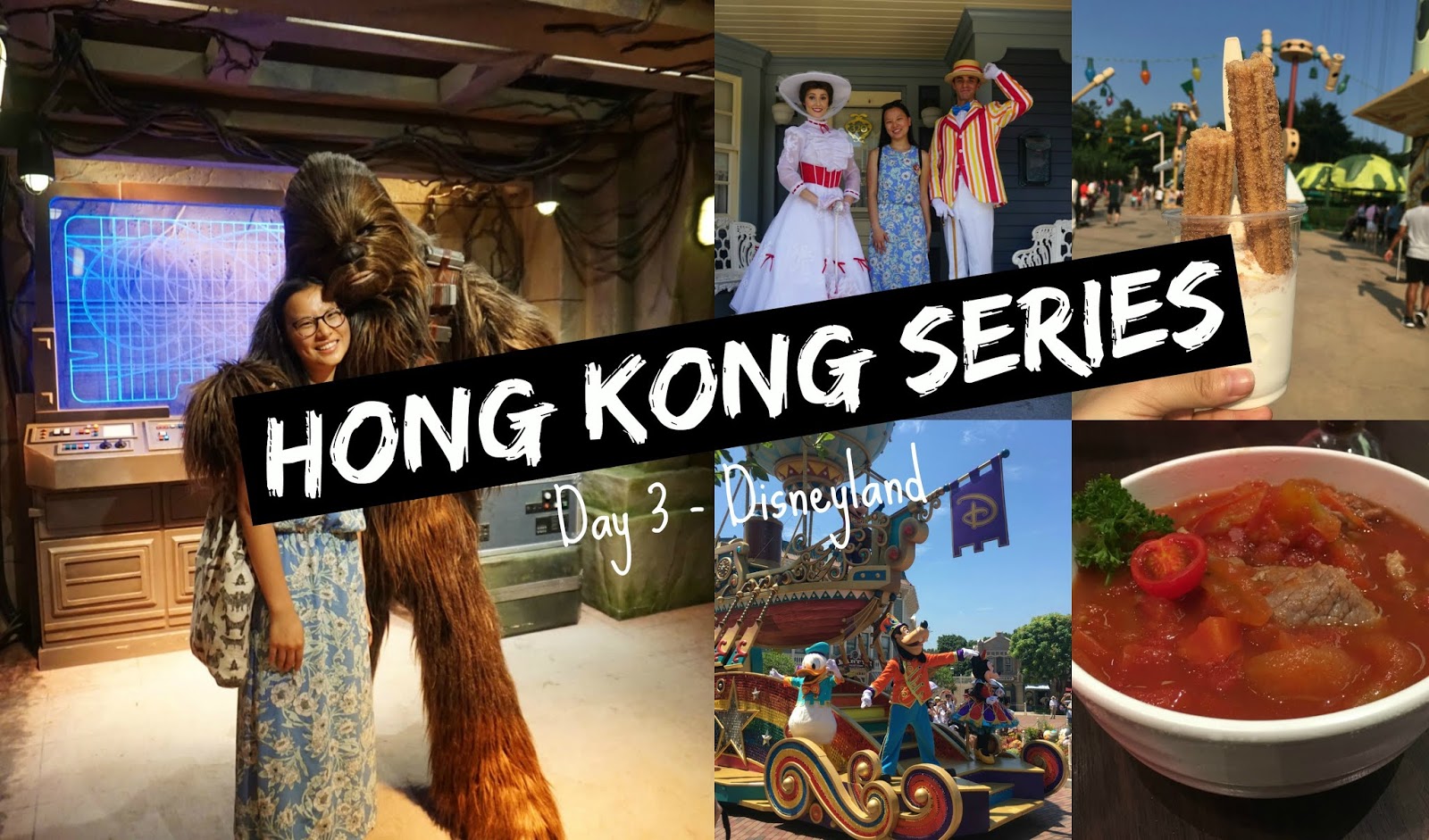