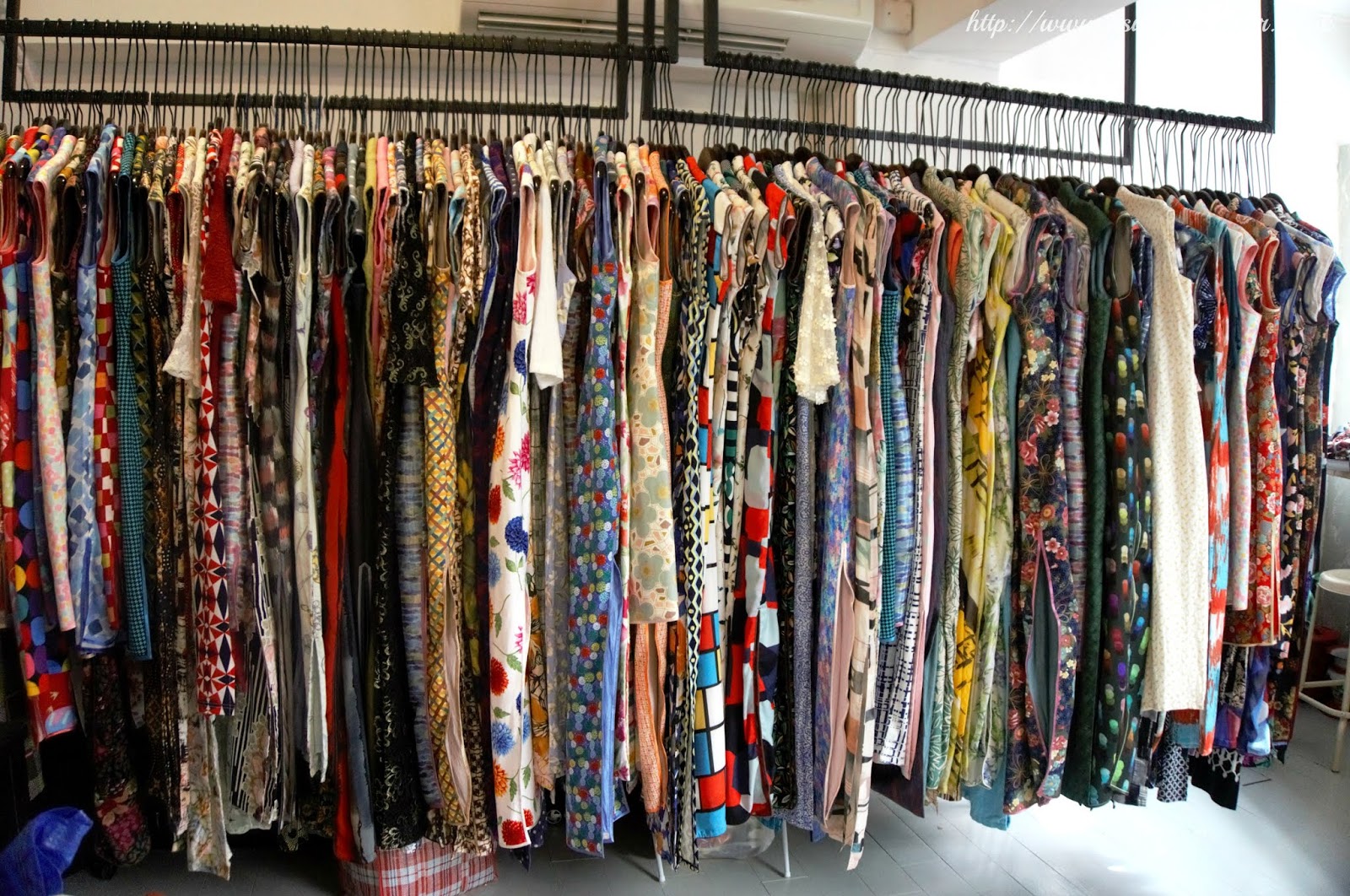 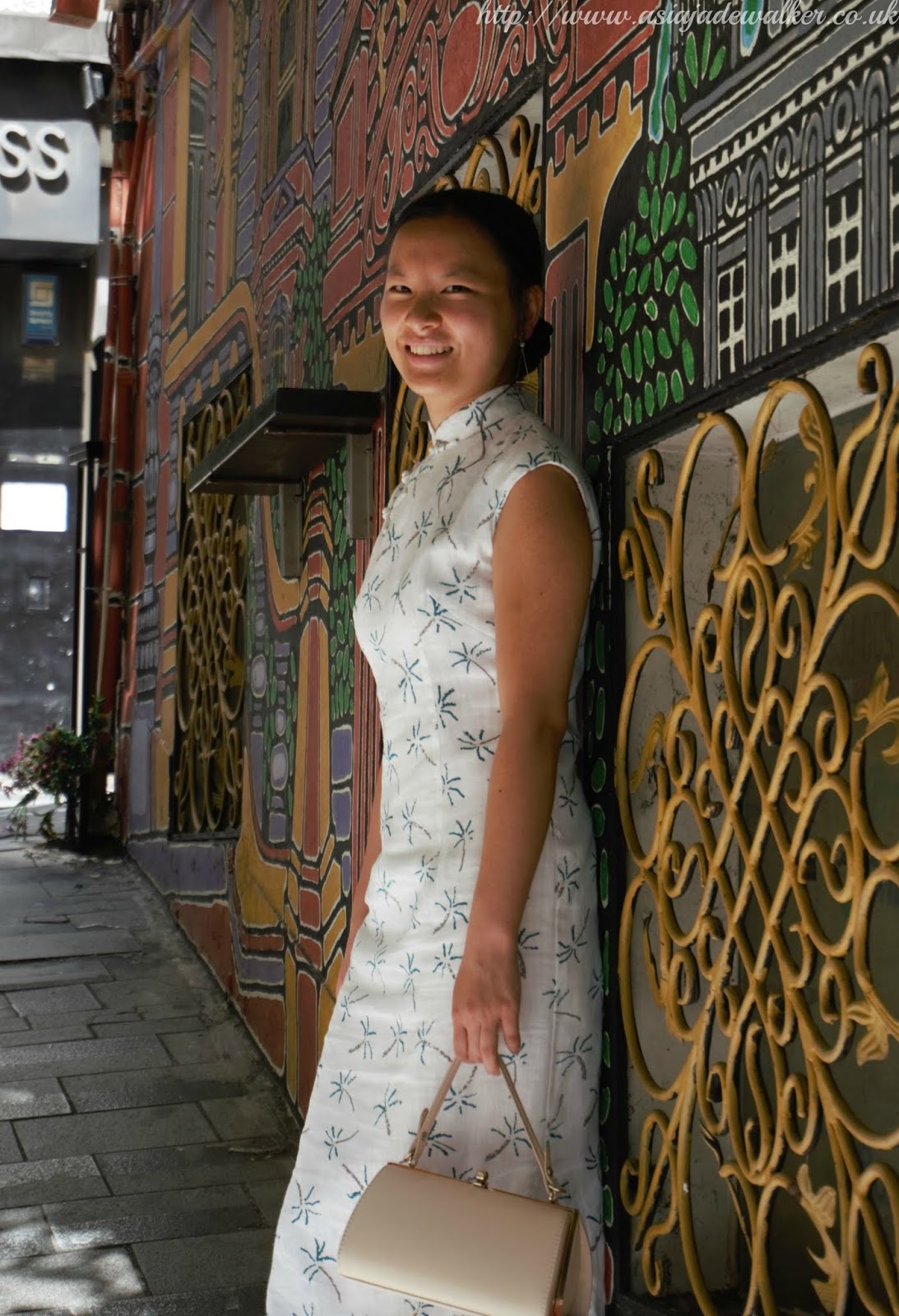 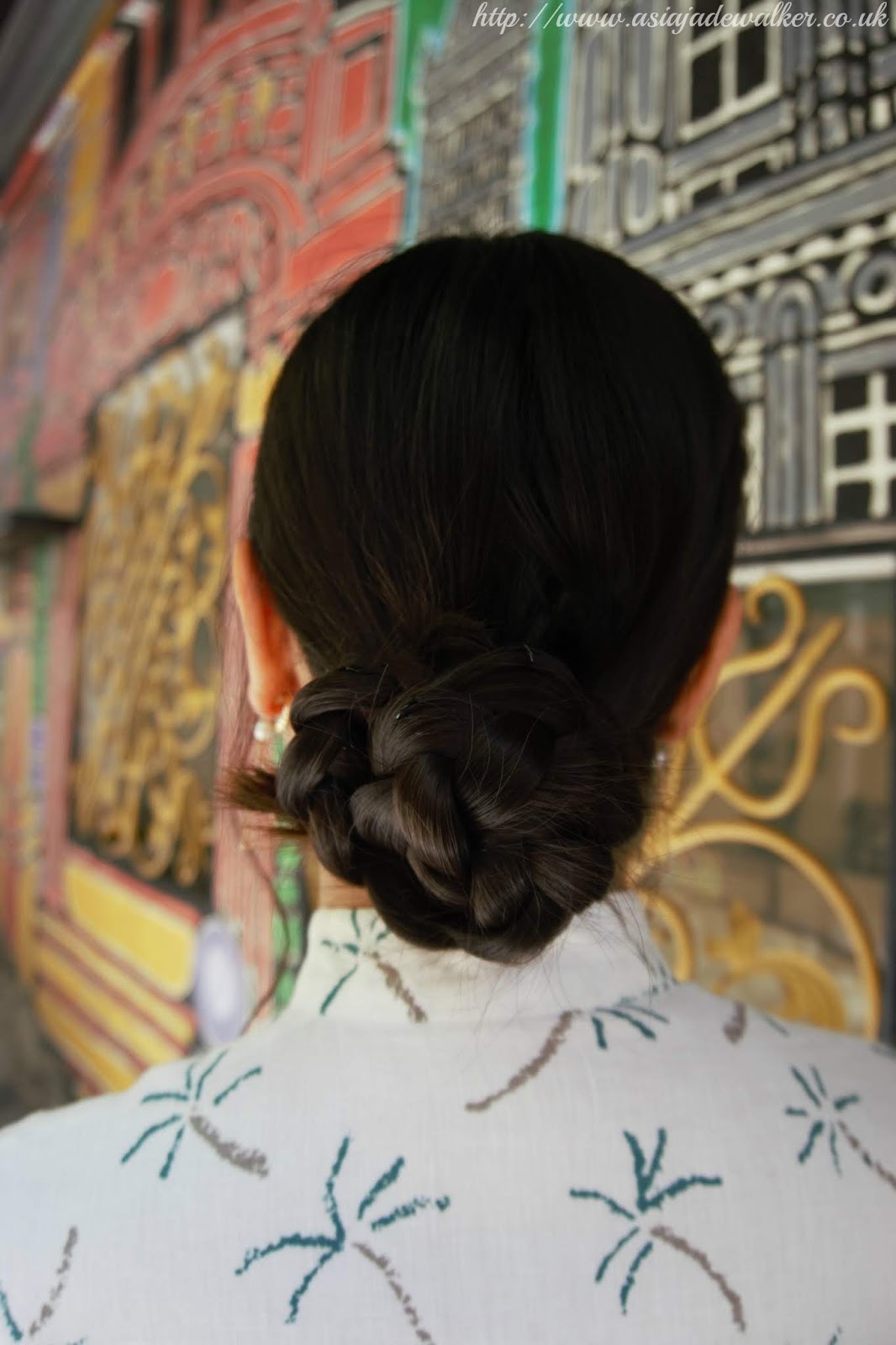 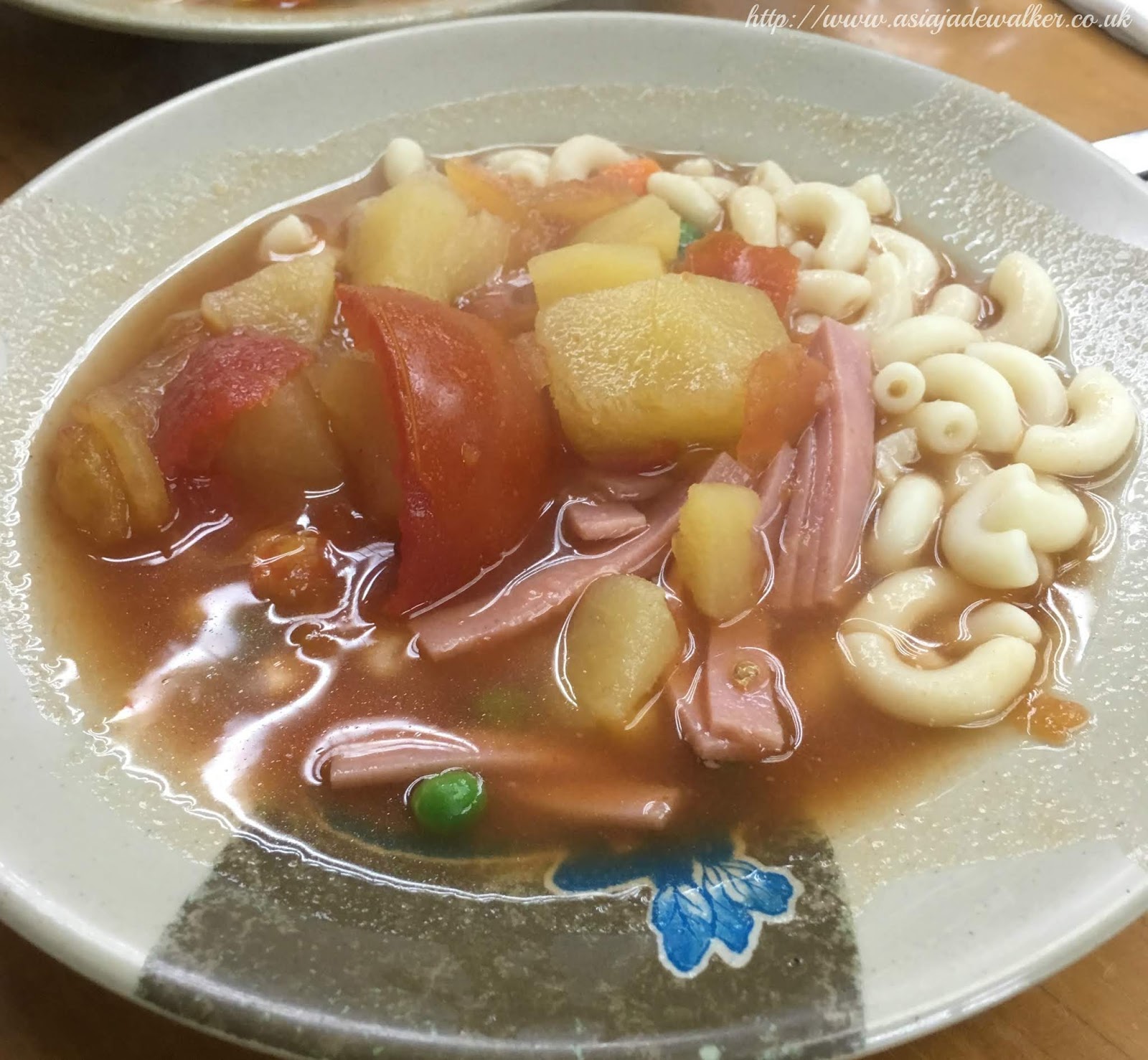 Hey guys, today’s blog post is all about day 4 which was one of the days where I had to be up really early. The night before I managed to get to bed early after a jampacked day at Disneyland. I think I slept from around 8pm-4am which is good considering my sleeping pattern was all over the place at this point in my trip. I did try and go back to sleep from 4am-6am but I had no luck so I got up instead as I needed to meet my friend at 8.40 anyways.

For breakfast, I decided to go to Starbucks as there was one right down the road from my hotel. I know that it’s not original at all but I fancied some fruit and a good old English breakfast tea with milk. I then met my friends at Hong Kong Central station where we took a short taxi ride to the Qipao rental place.

Qipao is a traditional Chinese dress however, these particular dresses had modern patterns on them.  To rent the dress it was around 338 HKD for the day which is around £33.80. This price also included getting your hair done and being able to choose from a wide range of accessories to complete your outfit. The first dress I tried on was a white and blue one, however, it was too small for me and I couldn’t get it past my hips which are quite wide.

In the end, I settled for the white and green one instead as I loved the pattern and the fit was a lot more comfortable. The only thing I don’t like about the dresses is the neck as there are buttons that fasten around it which makes it quite tight. In the heat having a tight piece of clothing around your neck is quite uncomfortable. The dress itself is surprisingly comfortable and very airy considering it was so hot and humid in Hong Kong.

After taking a few photos we then headed to a traditional cafe where my friends got some breakfast as they hadn’t eaten anything. They got a traditional dish which had macaroni, ham, and tomatoes in a tomato sauce.  The cafe was very small and compact which meant that if you had a table for five people but there were only three of you then you would most likely share the table with people you don’t know. 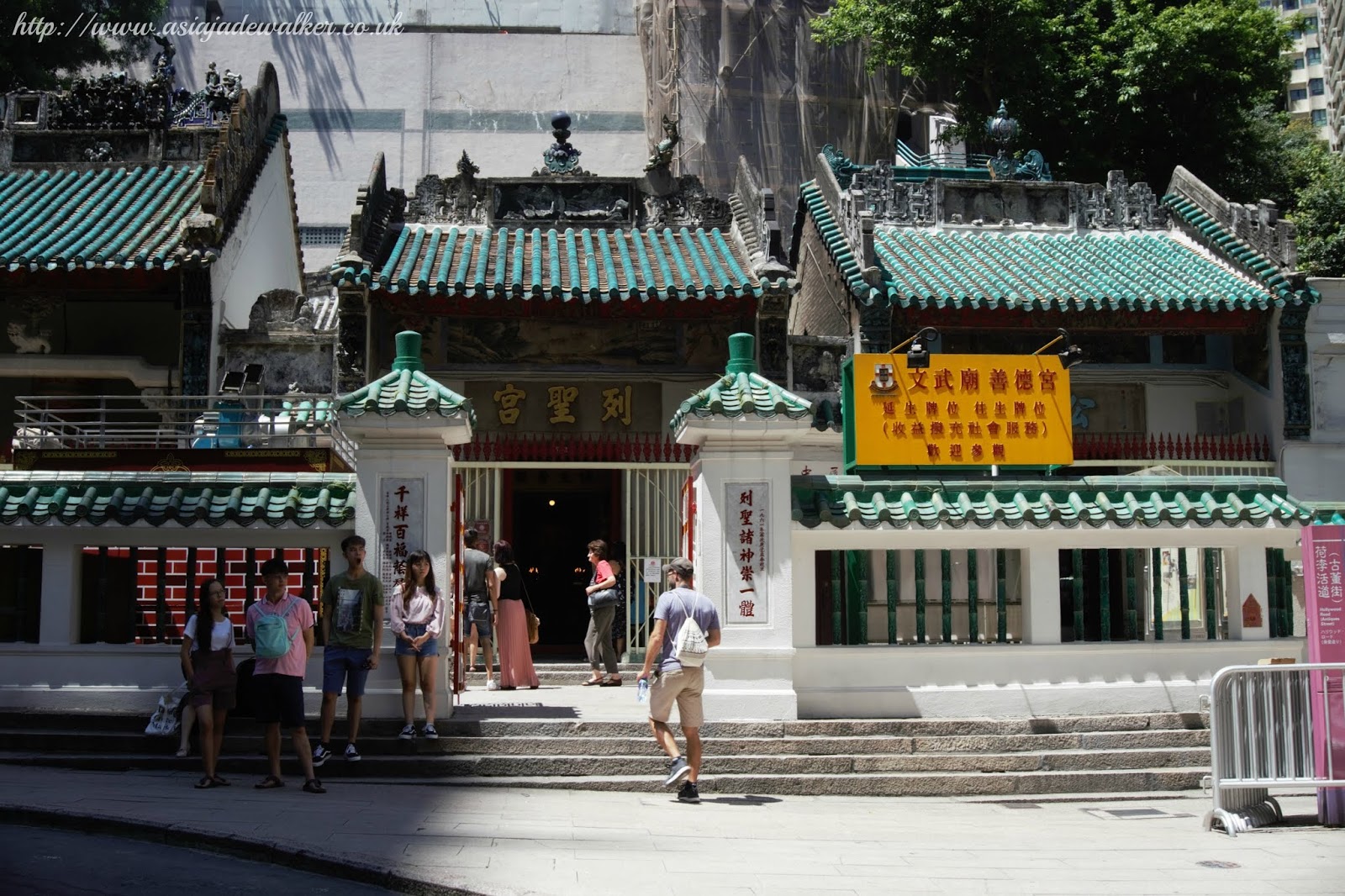 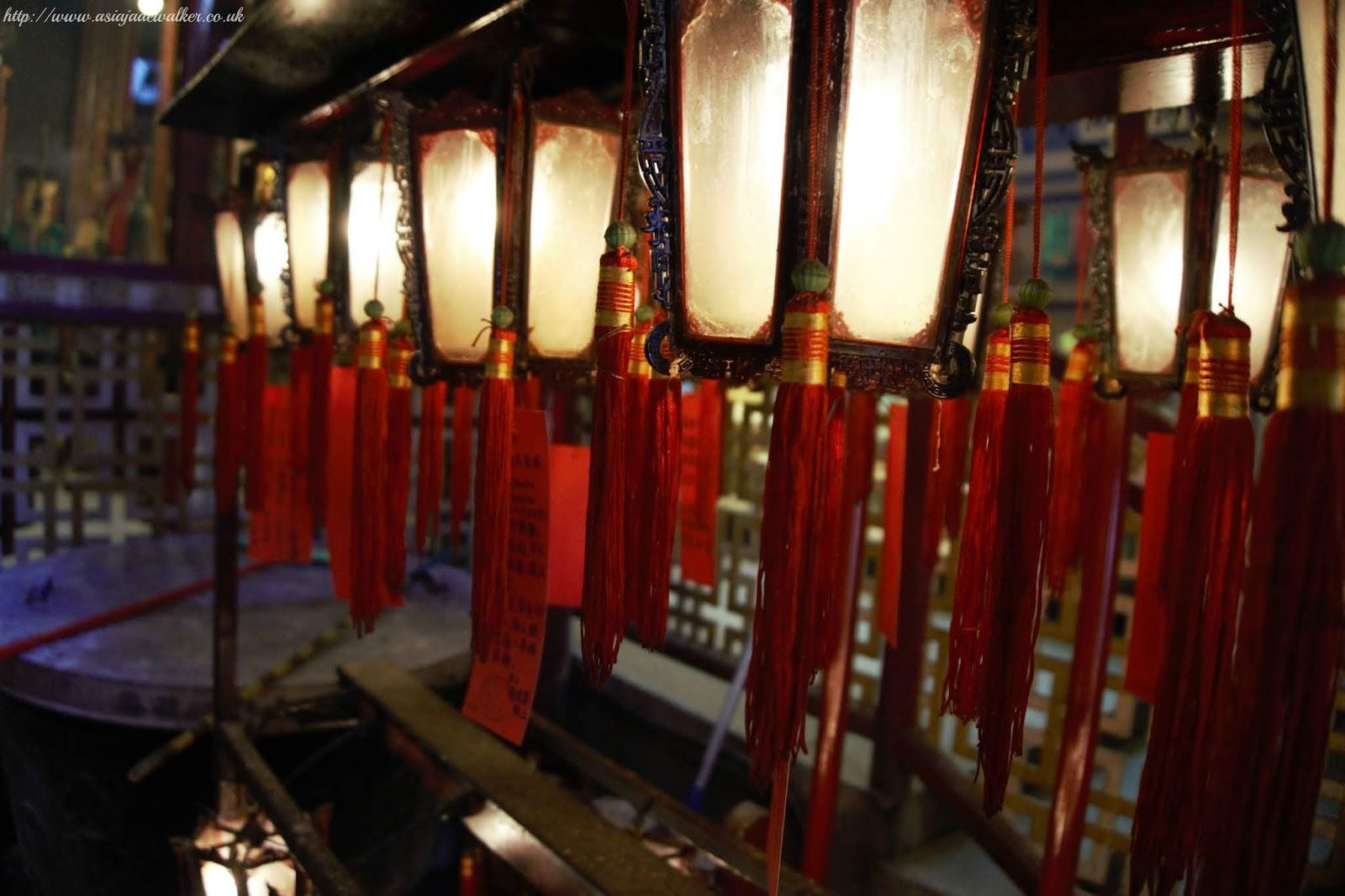 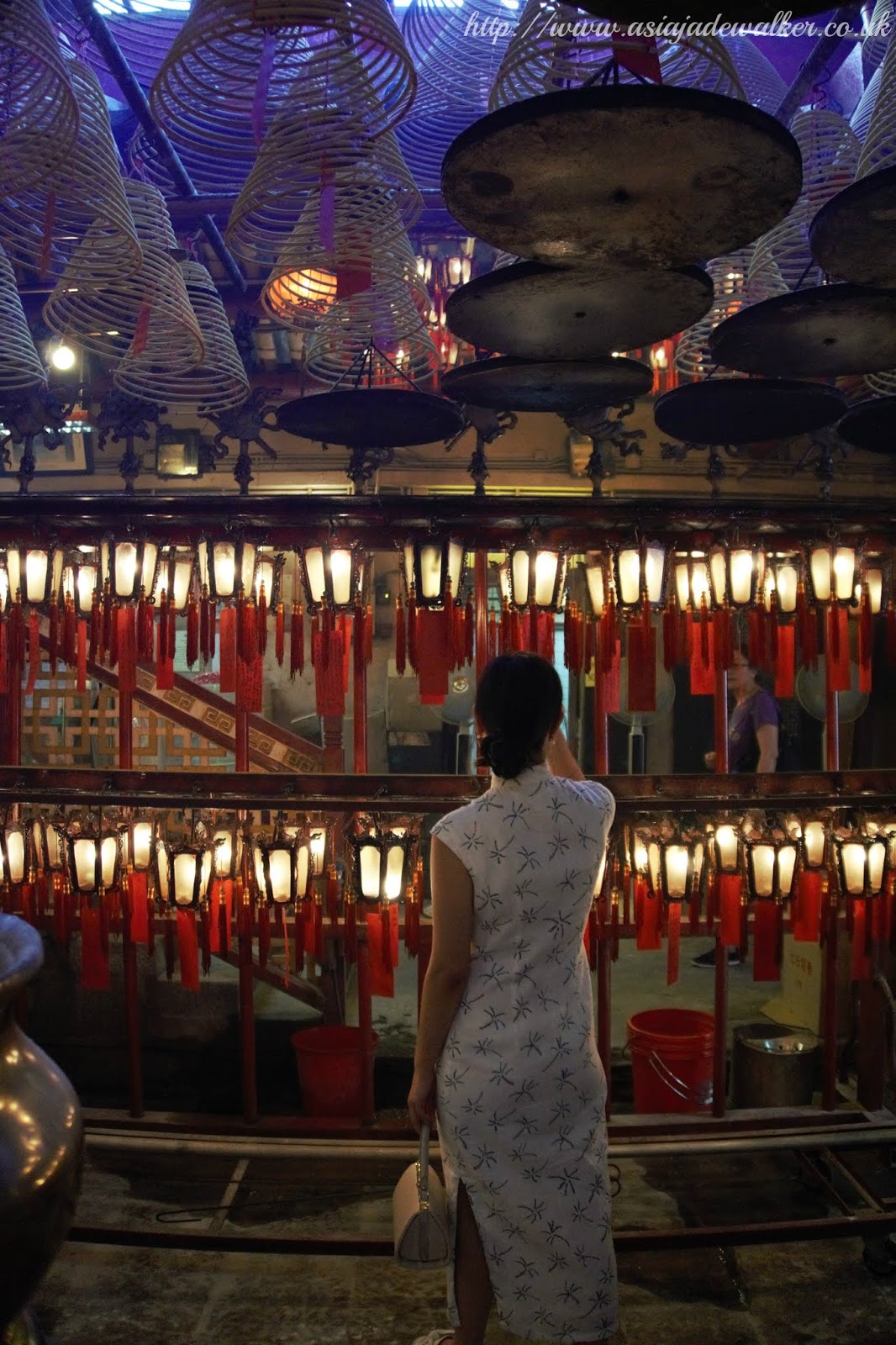 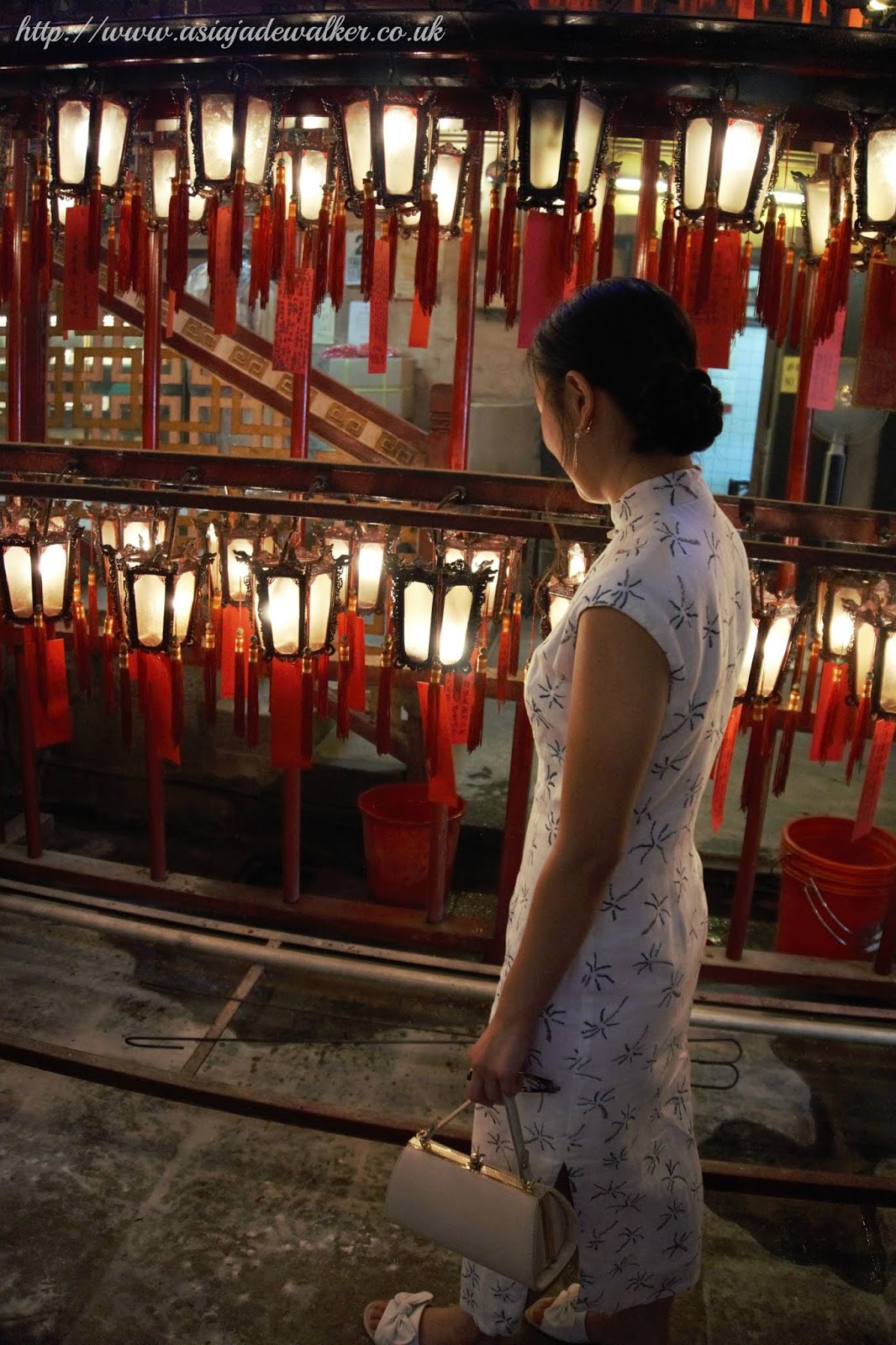 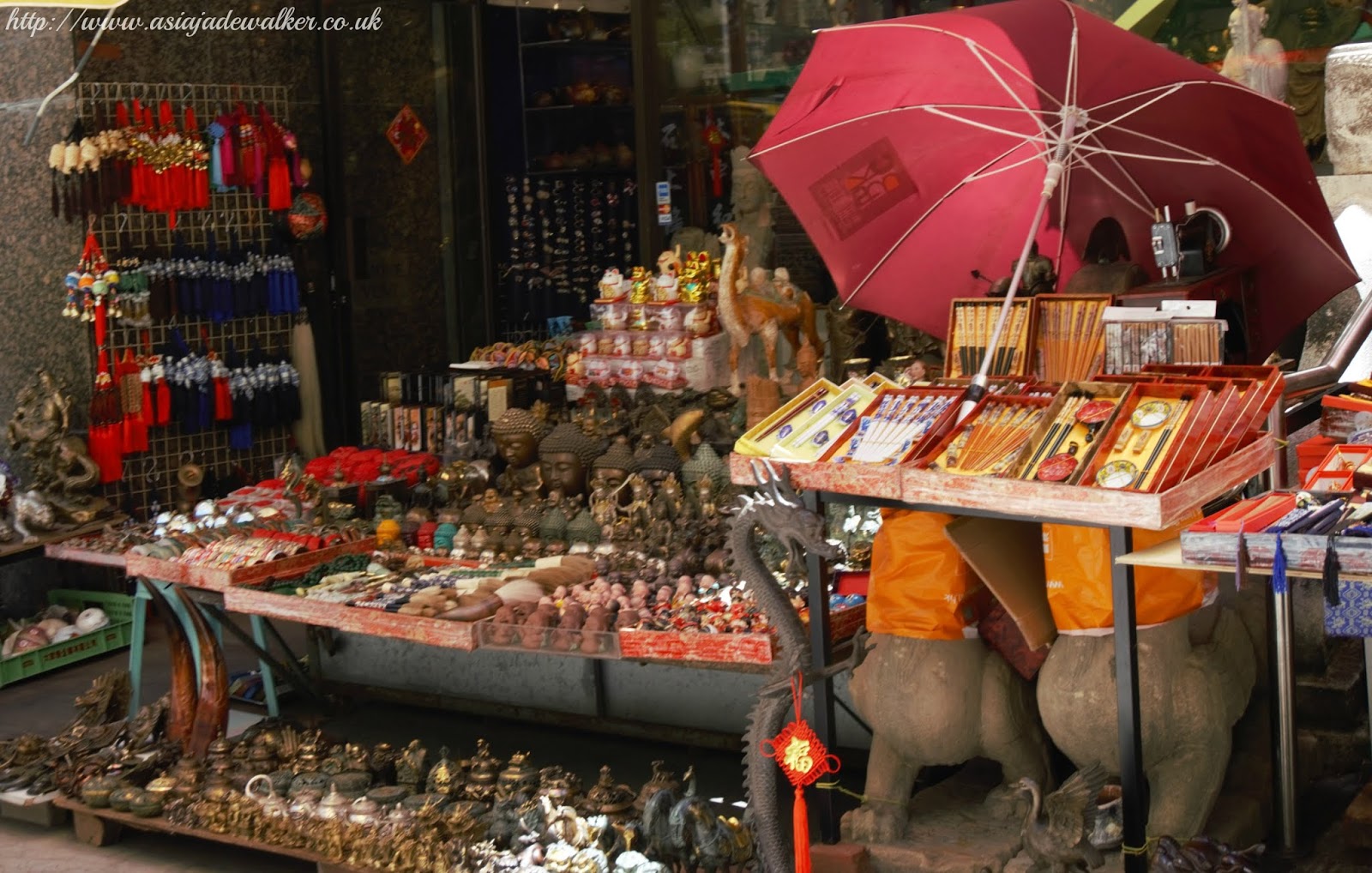 We then headed towards the Man Mo Temple which is in the Central district of Hong Kong. The temple itself is beautiful and I am so glad that I got to see it as it was on my bucket list. As soon as you step inside you feel as if you have gone back in time. The temple itself is very traditional and has a lot of opportunities for amazing Instagram shots. I managed to get some wonderful photos that I have actually had printed as a birthday present for my Nan.

After looking around the temple we then headed to the small gift shop that they have there which is brilliant for souvenirs for family and friends. I got so many little gifts which my family and friends all loved. The prices of them were really reasonable as well as they were around 45 HKD which is around £4.50.

After the temple, we then headed to Cat Street market which is only a 5-minute walk away from the temple. By the time we got there, the market wasn’t in full swing but there were a few shops and stalls that were open. I managed to get a few more gifts for family members who I hadn’t got anything for yet.

One of my favourite parts of Hong Kong was the traditional shops where you could buy gifts for family and friends. They always had so much to offer that it took me ages to choose which gift to buy for each person. The people who worked at the stalls or the shops were always so lovely and always offered to show me the other items that they had. 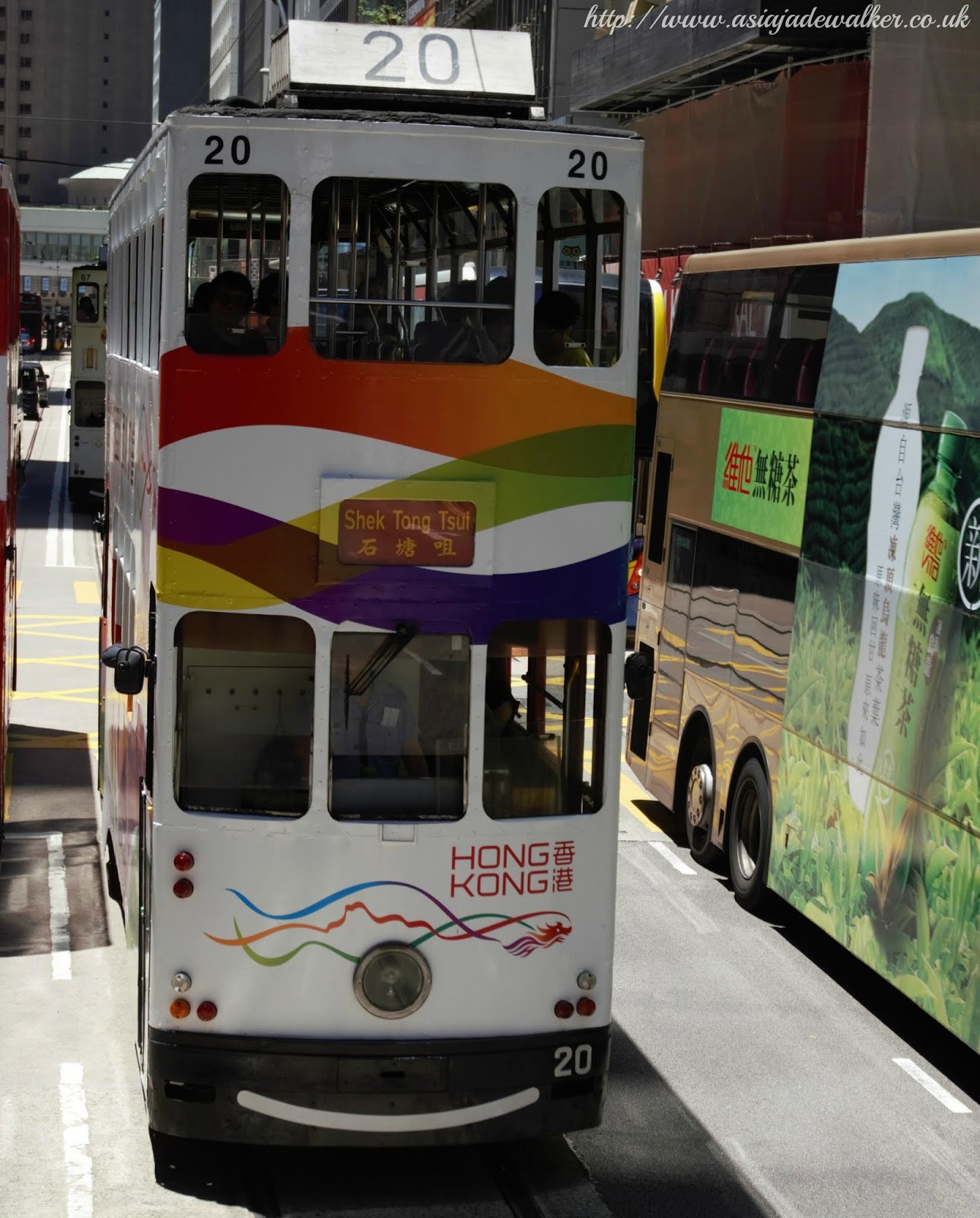 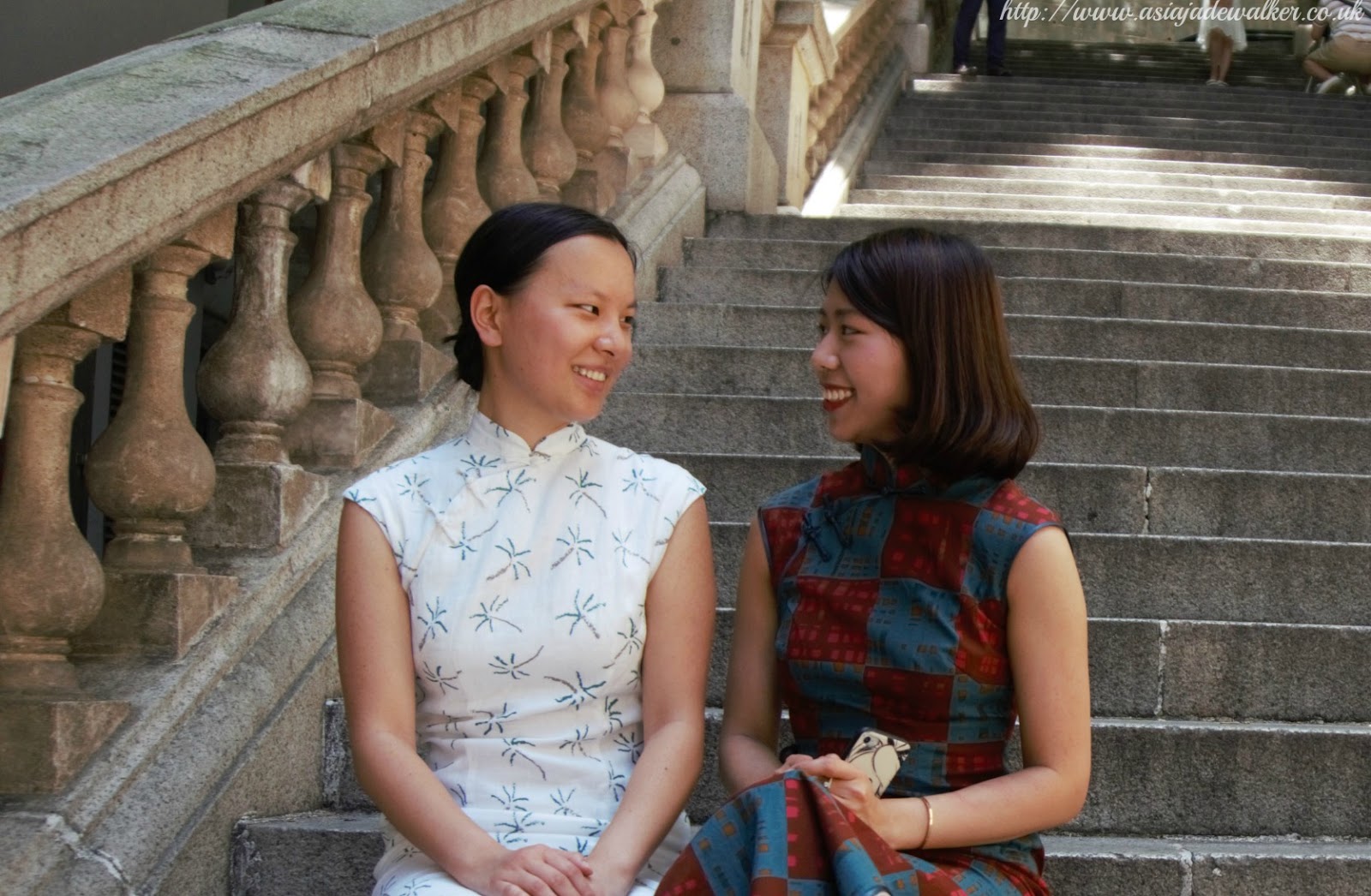 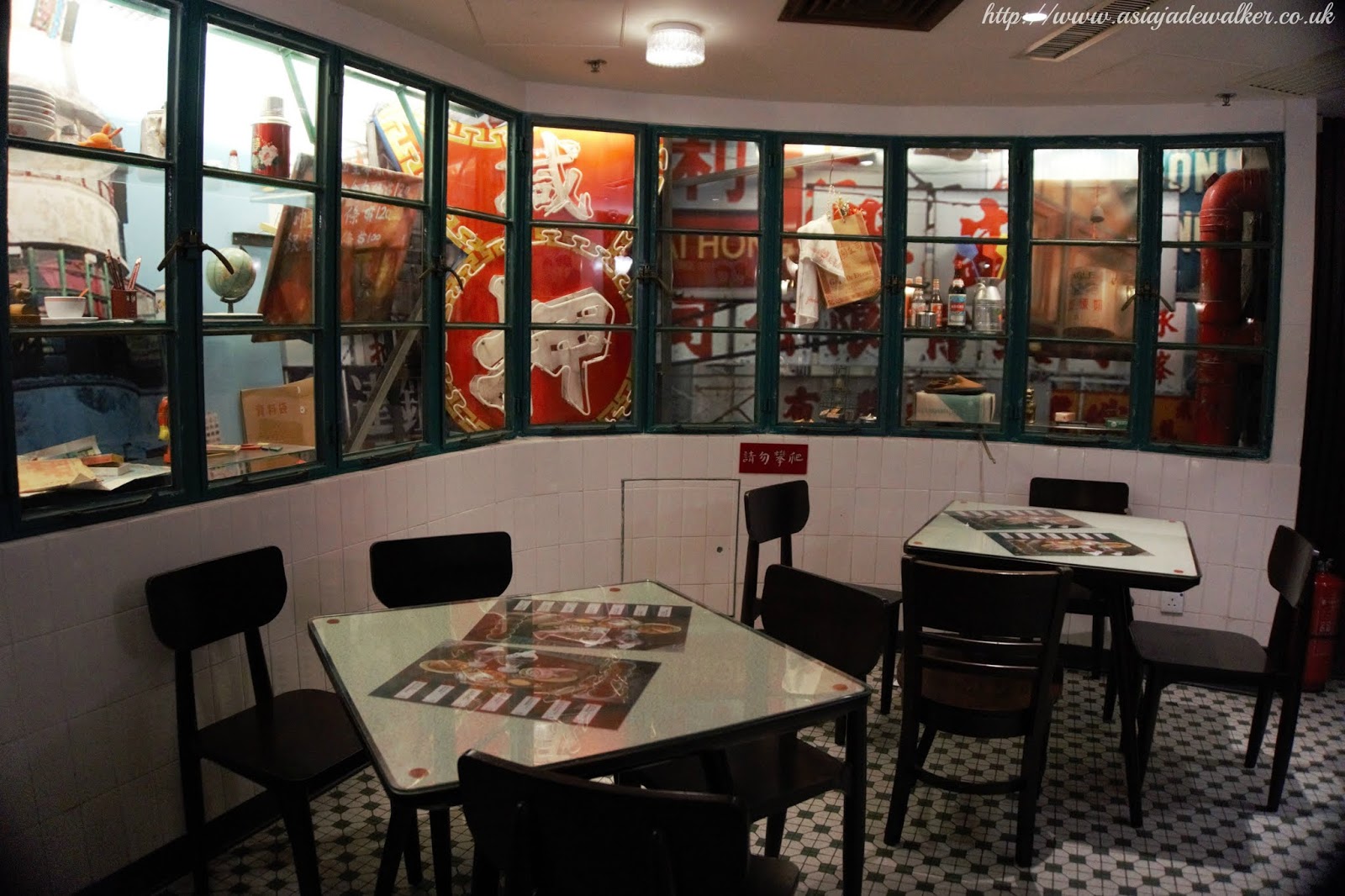 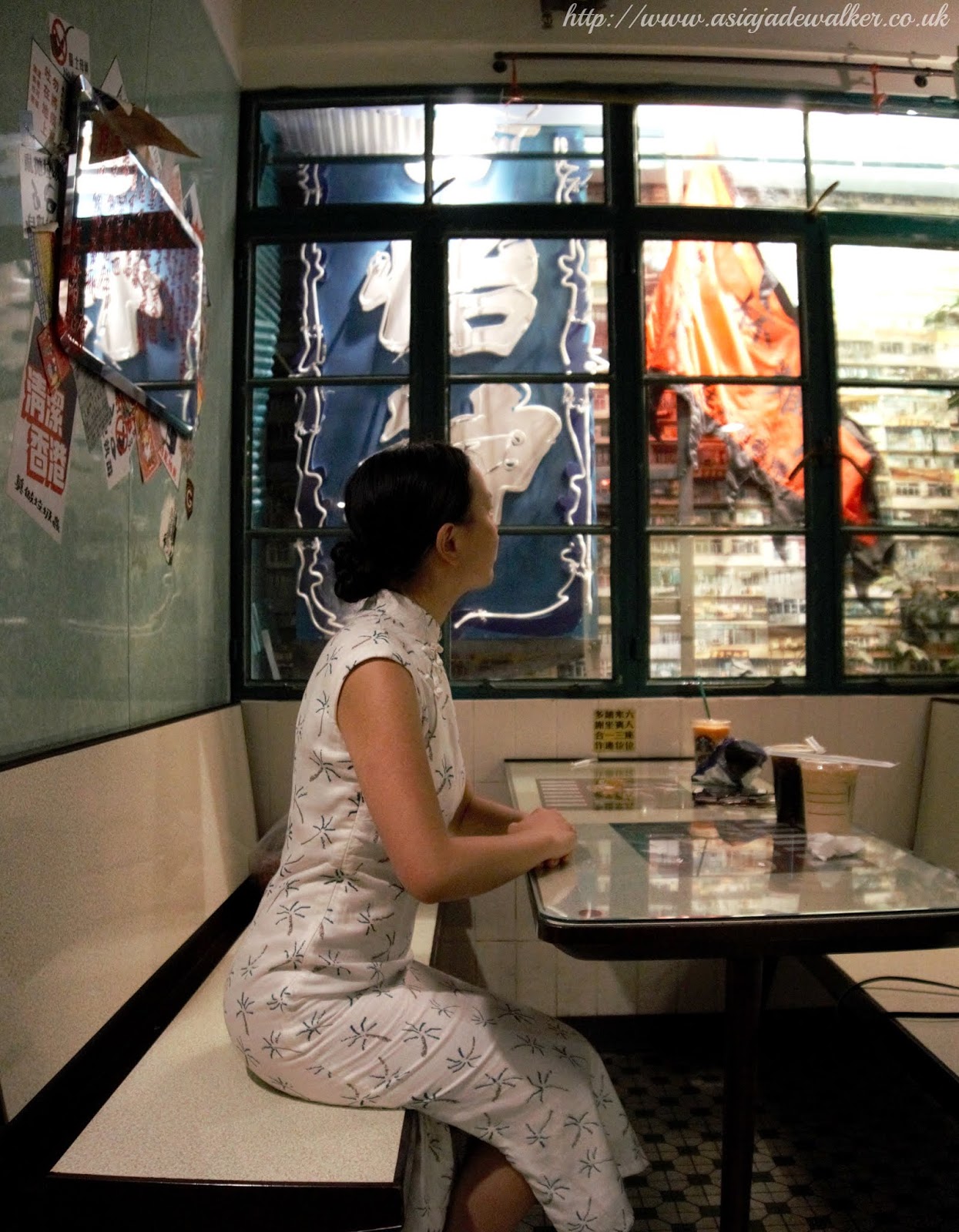 We then took a tram around Central as I hadn’t been on one yet. I have to admit I was a little apprehensive to go on one after the accident that had happened a few weeks before. I absolutely loved it though because it was quite relaxing and you could just watch the world go by.

My friend wanted to visit a Starbucks that is known for being different to the other Starbucks in Hong Kong. This particular Starbucks has a Bing Sutt Style Theme. Everything about the Starbucks was different including the pictures, the tables, and the menus. Again it’s a great place to take Instagram photos as there are so many different opportunities to take photos.

The menu at Starbucks is slightly different as there are all of the normal items on the menu that you would expect but also unusual things such as Hong Kong style milk tea, sweet pumpkin soup and pudding cake with red bean. What I loved about the Starbucks is that it sits in between tall office buildings, however, when you step inside it feels like you have gone back in time. 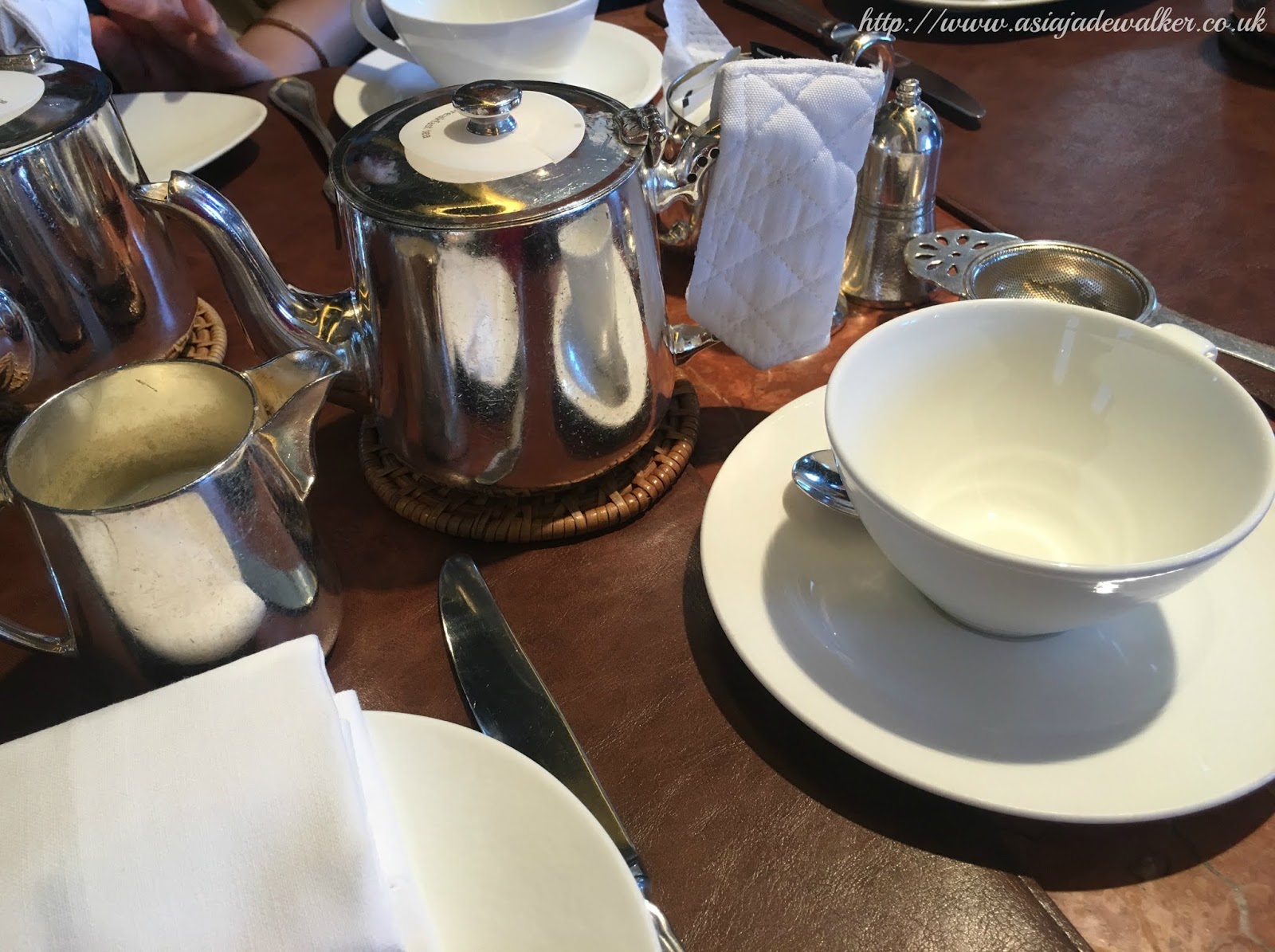 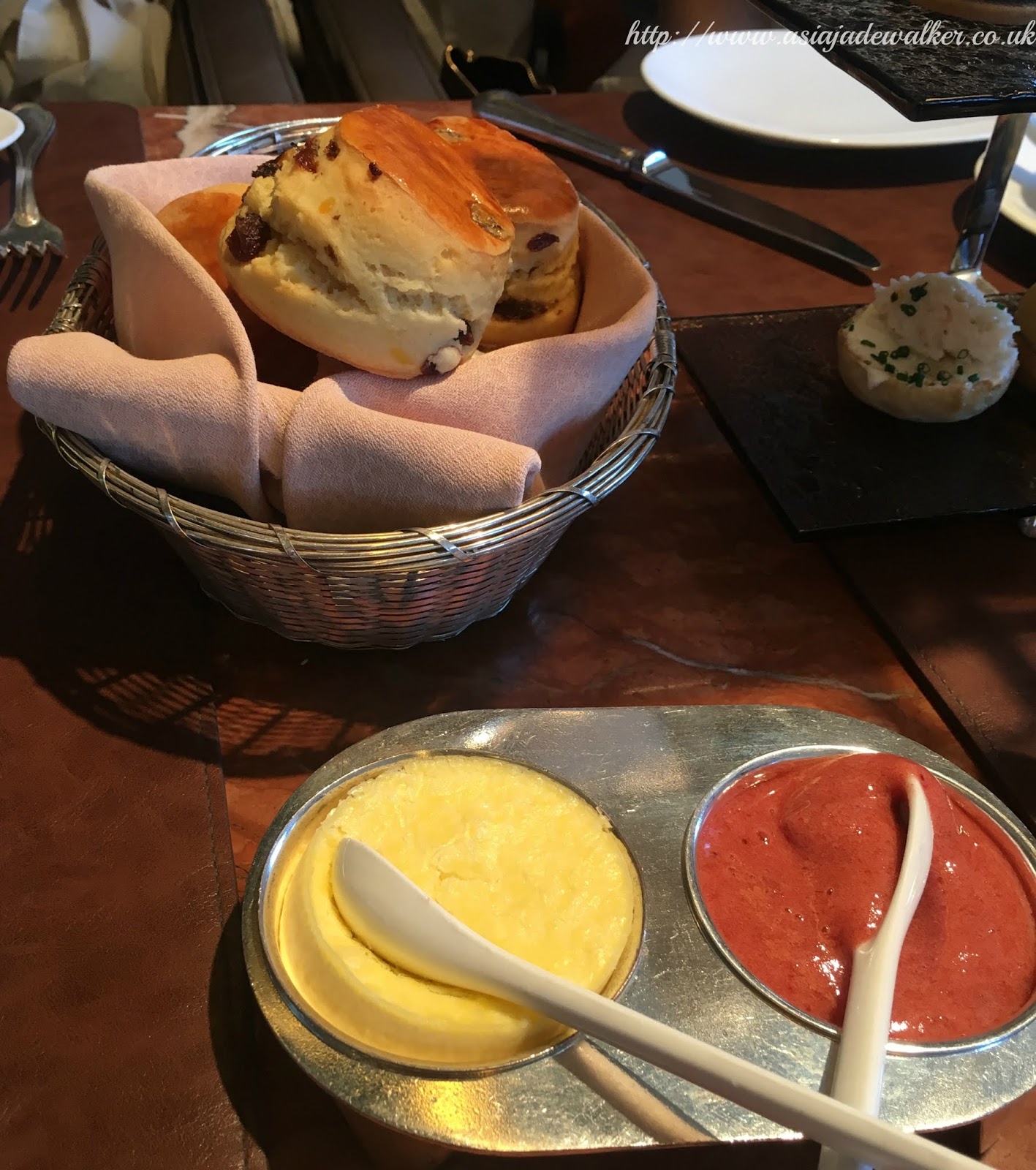 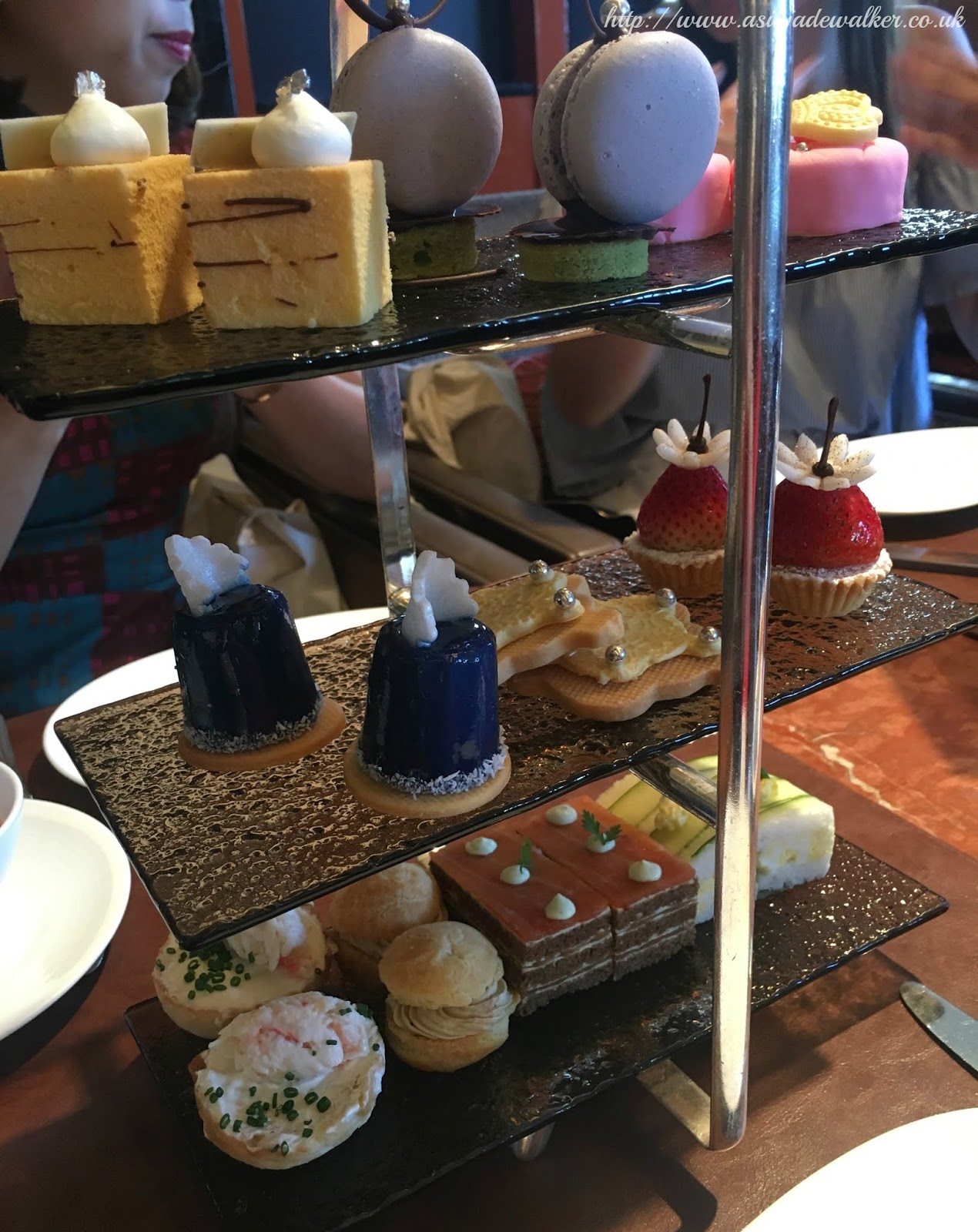 The last part of the day was spent at the Mandarin Oriental hotel where we all went for Afternoon Tea. The afternoon tea was around 285 HKD which is around £28.50 I didn’t think this was too bad at all as you can easily spend around £60 here in London. The scones were delicious and the jam was rose scented jam. We then had a selection of savory and sweet items to share.

My favourite savory item was the salmon and creme cheese sandwich as it was really rich but quite filling as well. The cakes were also yummy but I didn’t eat all of them as some of them were too sweet. We had a lovely time sitting, sipping tea and chatting about everything and anything.

We sat there for hours as we wanted to pace ourselves and not rush through the food. After afternoon tea I headed back to the hotel as I was exhausted from being up early and walking around in the sun all day. I got back at around 5pm which is quite early considering I was on holiday but we did meet at 8.40am to go to the Qipao place. For the rest of the evening, I stayed in the room and watched YouTube videos and got an early night which I really needed that day. 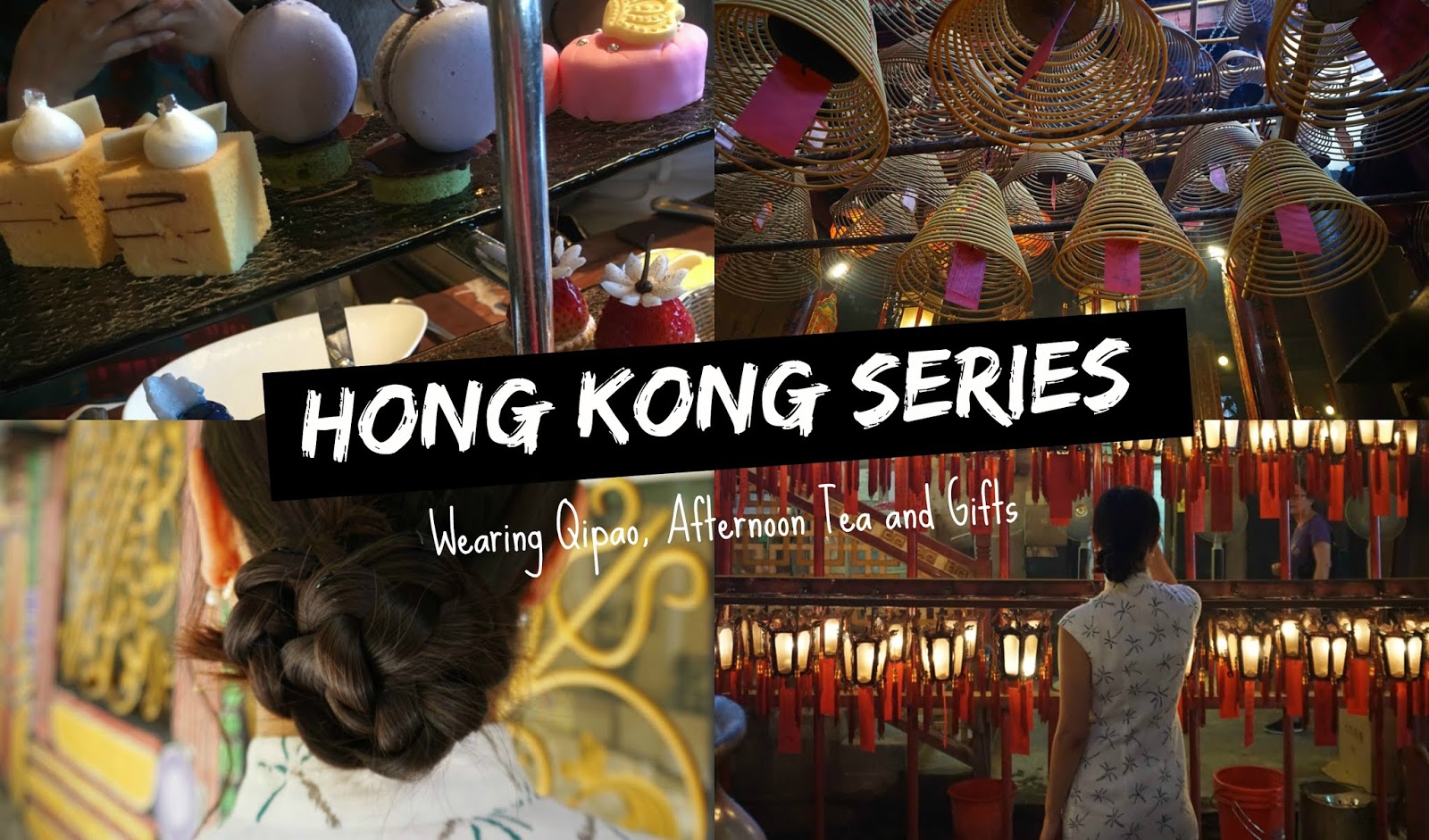