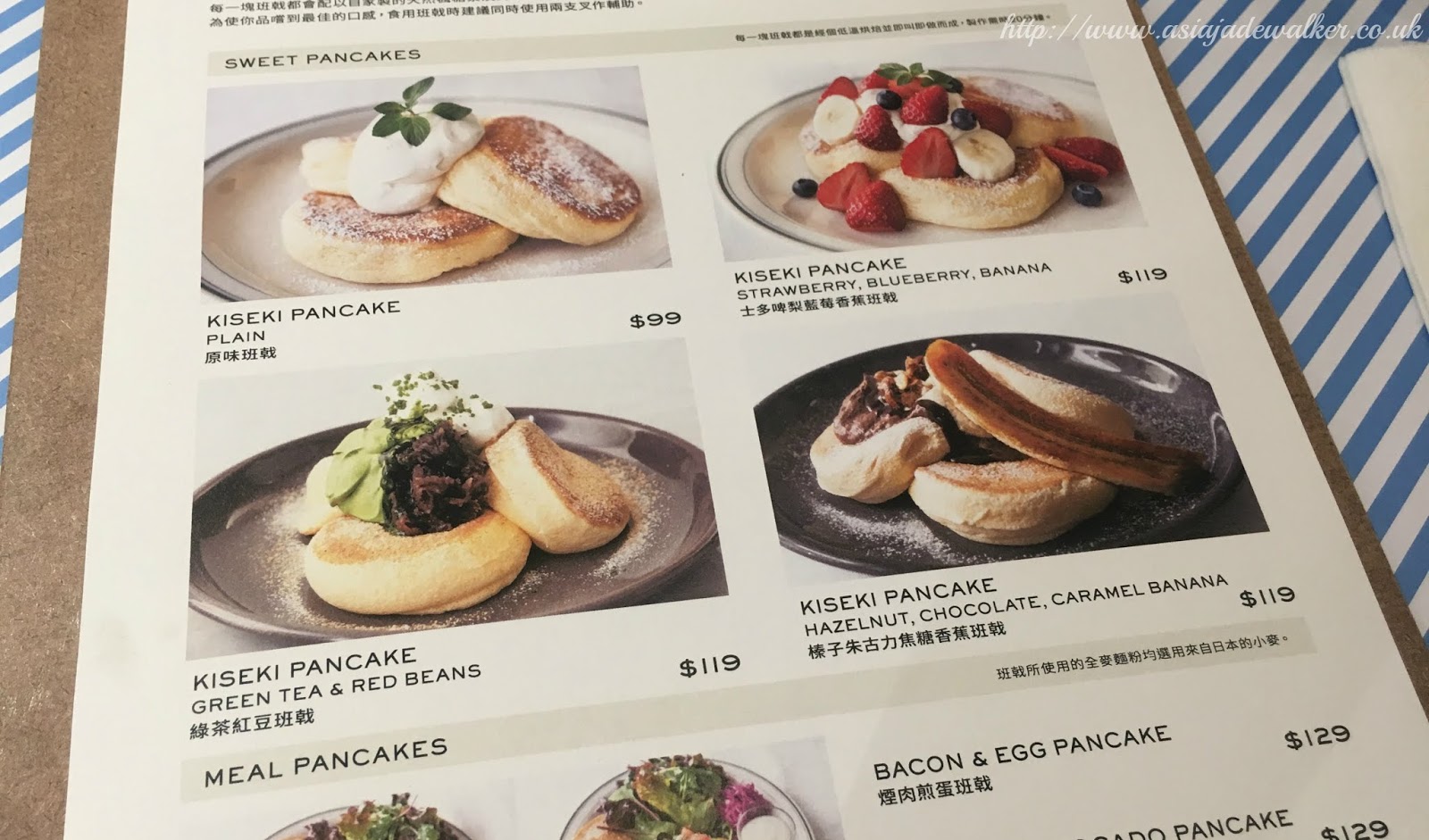 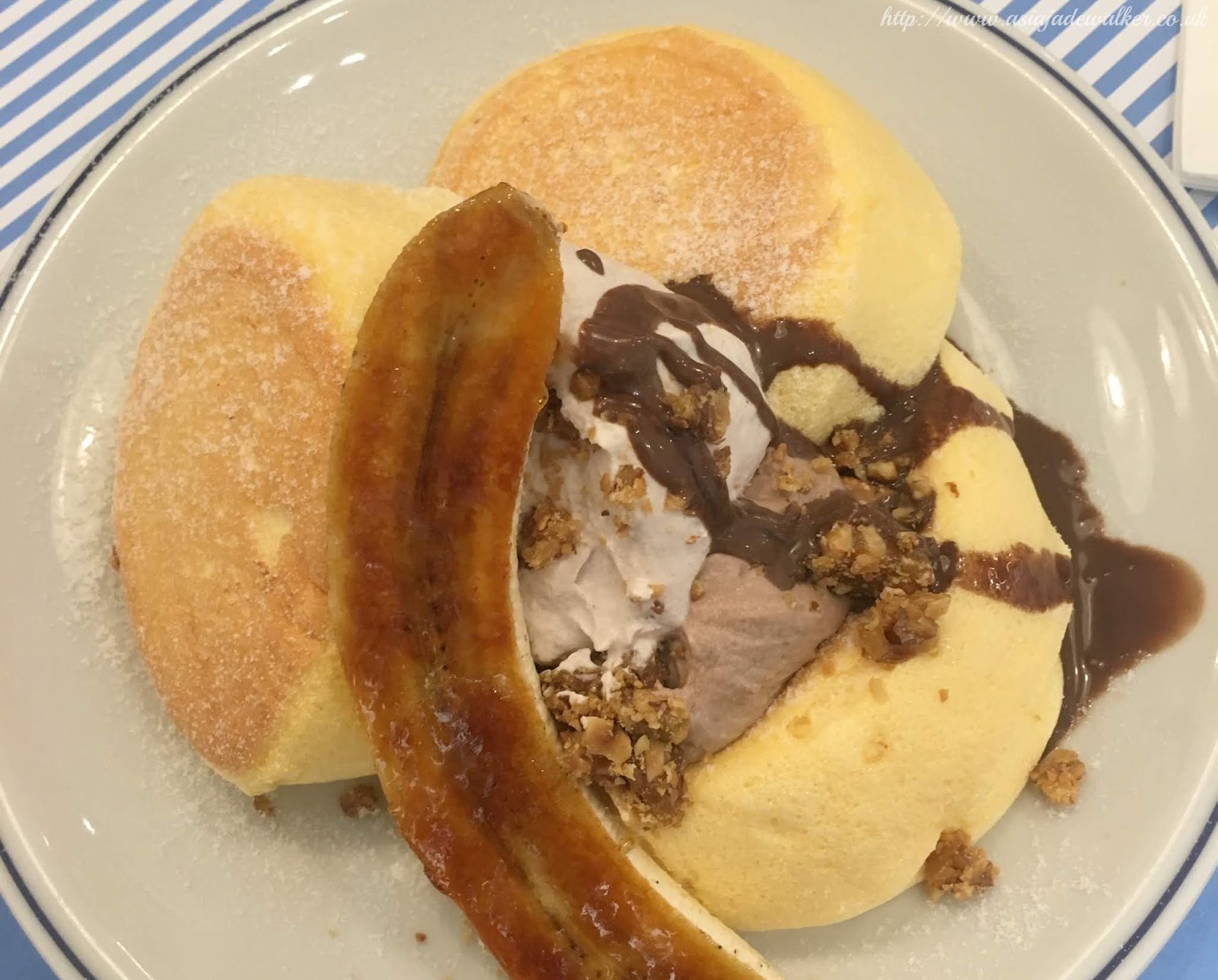 Hey guys, I’m so sorry that I haven’t posted a blog post or a video in a while. I have been pretty busy but I will leave that to another blog post. Today’s blog post is my last day in Hong Kong. I have to admit that this day, in particular, isn’t that jam-packed. I think it’s because we did so much over the other days that we were exhausted by the last day.

The day started off with me finishing off my packing. Luckily I didn’t have to rush as checkout was at midday. I then headed down to the lobby where I checked out. This also meant that I received my deposit of 1,000 HKD back which I used on the last day as my cash flow. I really enjoyed the hotel that I stayed at as it was very well located and just what I needed for that holiday. I chose the lowest budget hotel I could find as I knew I wouldn’t be spending that much time there.

I then headed to Causeway Bay where I met my friend for a final breakfast. We decided to go for some souffle pancakes which are pancakes that are light and fluffy. They were so delicious but they didn’t fill you up that much as they were very light and I felt like I was almost eating air.

We decided to get one to share in case we couldn’t eat a whole one each which would be a waste of money and food. They were 119 HKD which is around £11.90. We then had a look around the shopping centre that the restaurant was in too see if I wanted to buy anything else before I left Hong Kong. I had bought everything that I had wanted to get so we just walked around instead.

Both of us were pretty tired that day so we sat down a lot in different cafes. One cafe we went to as Connie wanted to get some cake. We then said our goodbyes as I headed back to the hotel where I waited for my shuttle to the airport. 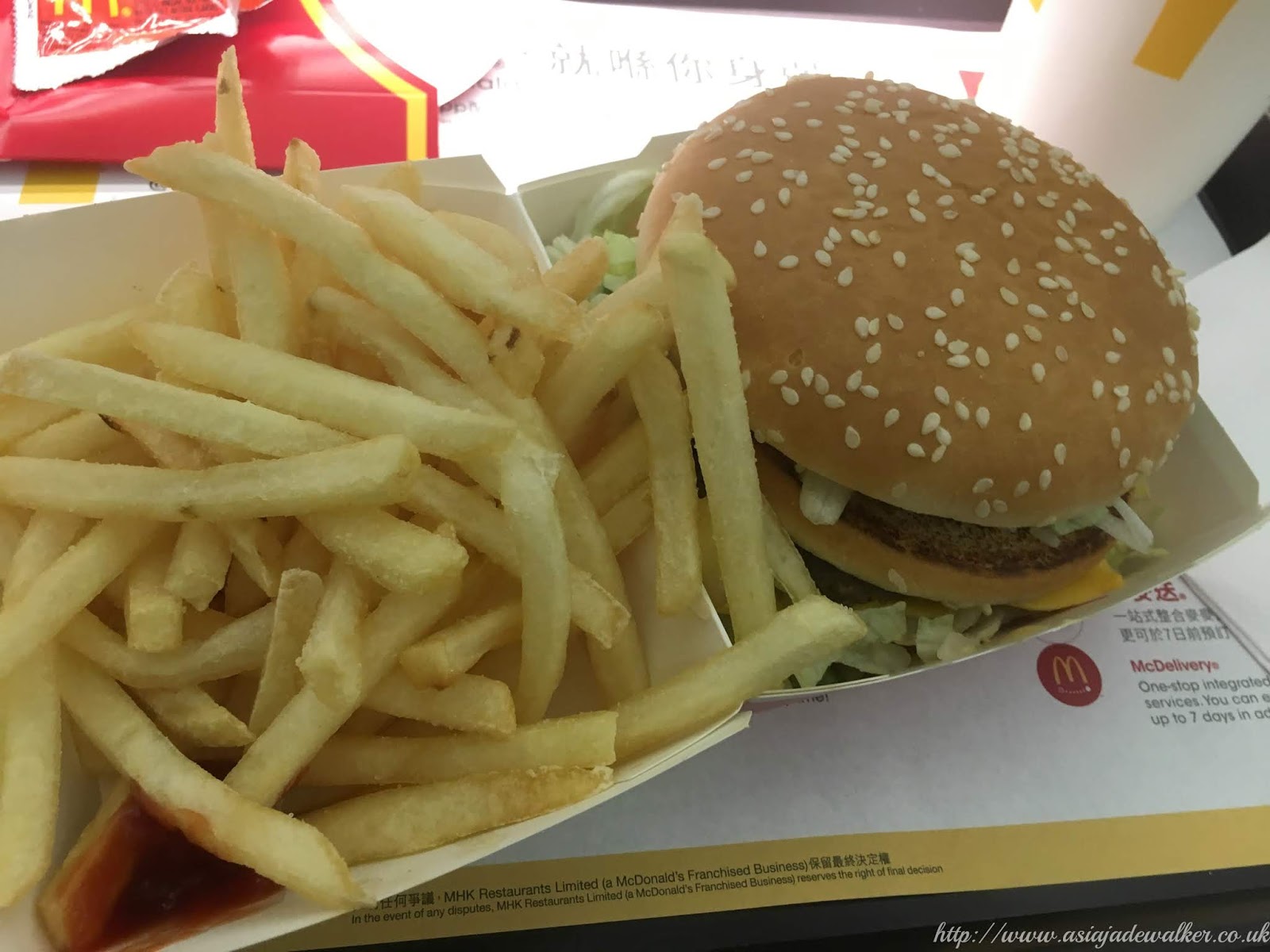 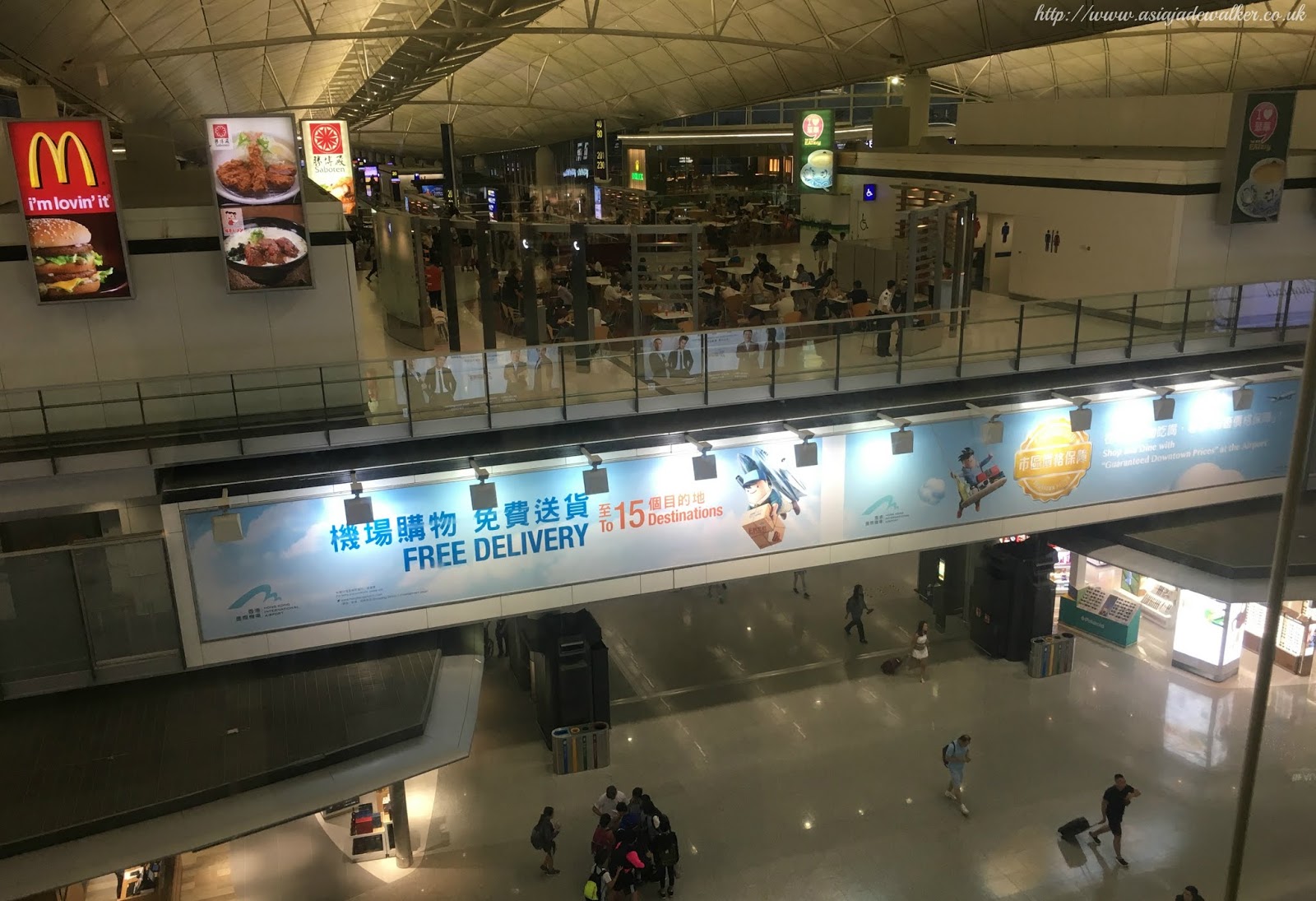 I headed back to the hotel at around 4pm which was very early considering the shuttle wasn’t even due to pick me up until 6.30pm. The shuttle was 150 HKD (£15) each way which I thought was really reasonable considering you can pay up to £80 here in the UK. Even though I could have gone by the MTR as I was familiar with it by then my suitcase was very heavy.

The drive to the airport took around an hour as there were other stops along the way at different hotels. When we got to the airport I headed towards check-in however, I didn’t realise that my flight was at  11.55pm and not 9.55pm. Therefore, check-in wasn’t open until 8.30pm. I had a few hours to kill before check-in opened so I headed to get a McDonalds as I was hungry and it was a familiar thing.

The McDonalds at the airport had a table service which was cool to experience as they give you a number card when you order which you place on your table. This means that your food is brought to you once it’s ready meaning you don’t have to wait for it to be prepared. They also had charging ports at the tables which were really useful as my phone was on low battery.

After McDonald’s, I looked around all of the shops on that side of the terminal before I went to the check-in desk and waited for it to be opened.  After checking in I went through security which went smoothly as I often get a bit anxious about airport securities. There were loads of shops to look at on the other side of the terminal including Chanel, Louis Vuitton etc… 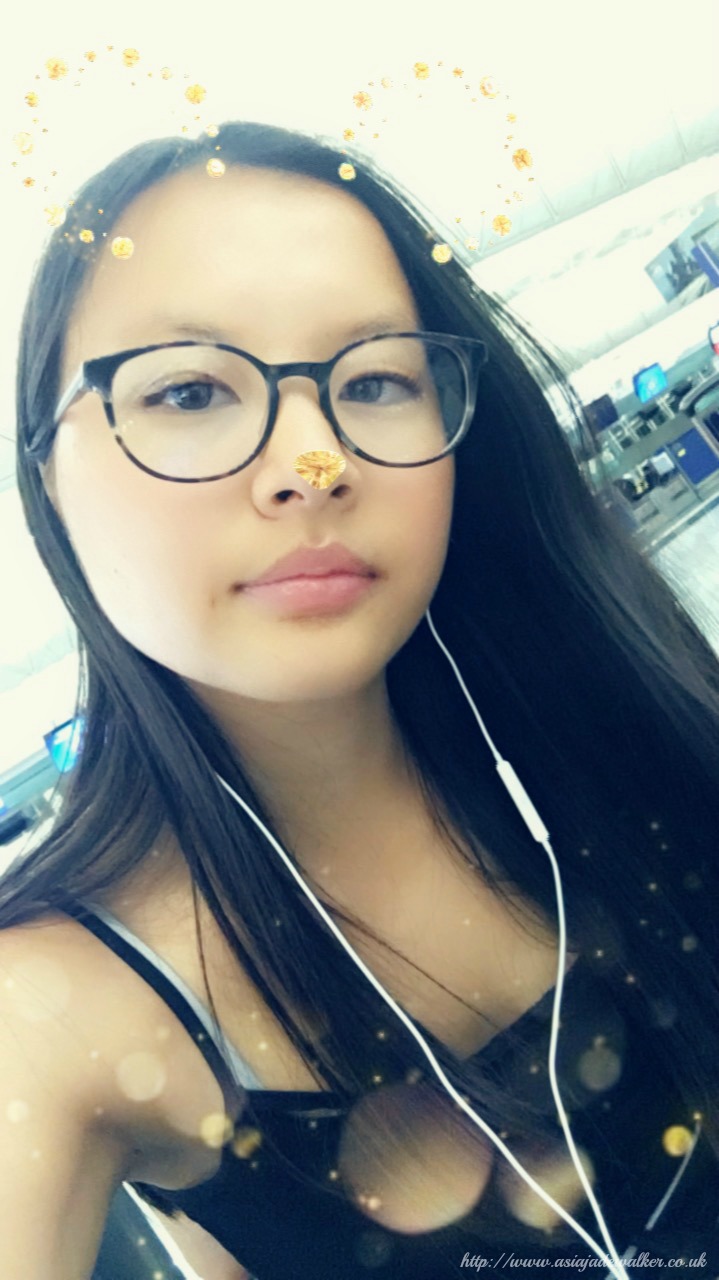 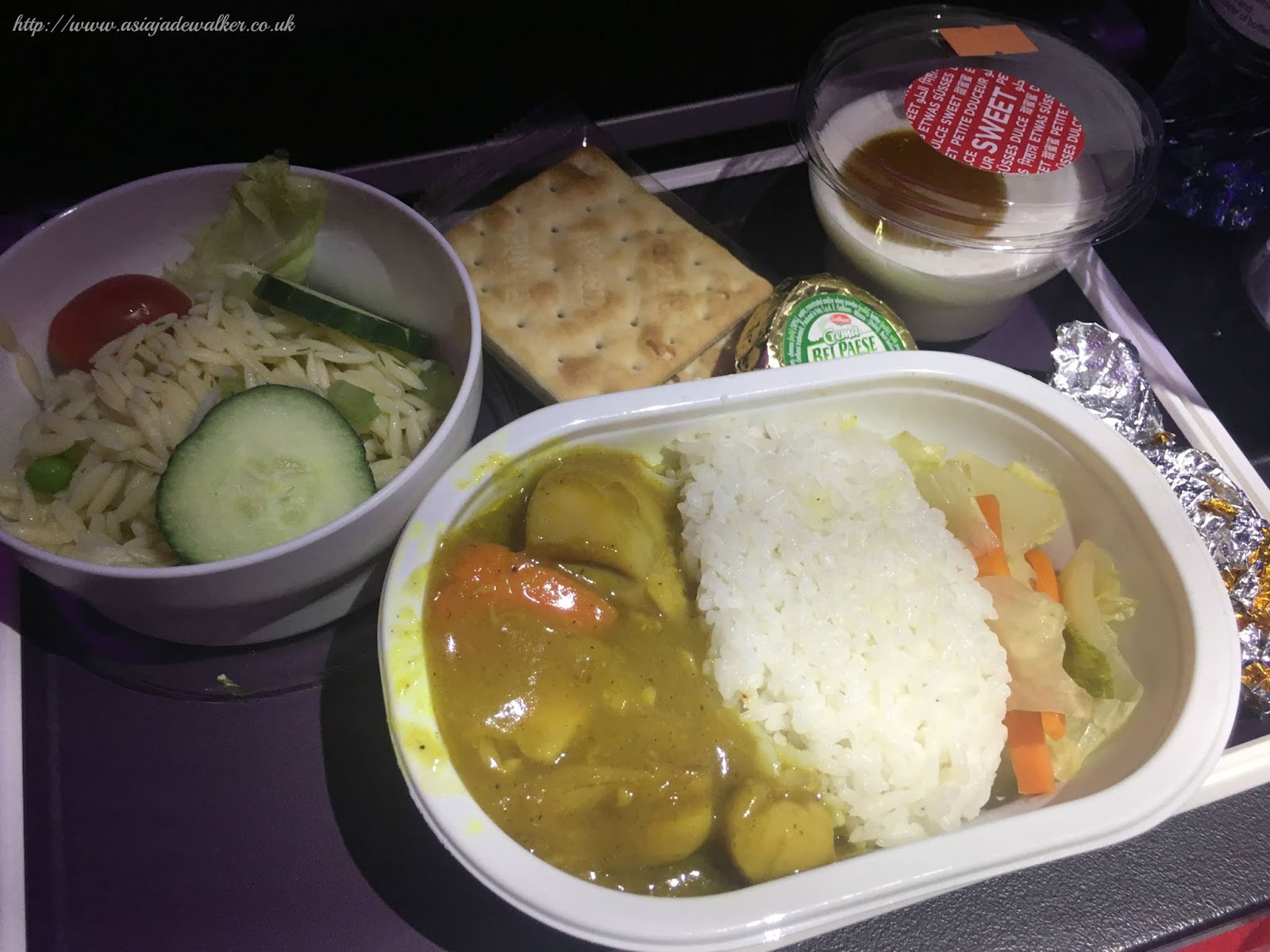 I stopped to get some snacks and a drink for the plane as I always like something to chew on when the plane takes off and lands. I also changed up the money that I had left so that it was exchanged back to English pounds. I then went to sit at my gate and did a bit of editing, reading and surfing the internet while I waited.

Because I got the timings wrong I had about 4 hours to kill before take off. I also waited at the wrong gate as there were two flights going to London Heathrow. When I realised my plane was boarding so I had to run to the other side of the airport so that I didn’t miss it. I have never run so fast in my life.

Luckily I made it on time and managed to get on the plane at a good time. I then got comfy as I knew it would be a long flight. I decided to go for the Chinese chicken curry on the way home which was different but yummy as well. I can’t remember what films I watched as I only watched parts because I slept quite a lot on the plane. The flight itself was great as there wasn’t too much turbulence which meant I could sleep better than on the way out.

I landed at Heathrow at around 4.30am which meant that the airport wasn’t that busy meaning passport control wasn’t busy at all. Our bags came out in good time so I was through to pick up at around 5am. My taxi wasn’t due to pick me up until 5.30am so I had a bit of time to hang around. I picked up some food from M&S as I wanted something healthy for breakfast. I didn’t actually vlog any of this as I was so tired from the whole thing.

I got home about 7am and then got into bed straight away. Luckily I only slept until about 11am I then stayed up until the evening and slept at around 10pm. Because I did this I didn’t get very bad jetlag at all. I had such an amazing time in Hong Kong and I will definitely be going back. I am going to do a follow up blog post after this one with all of my costs, thoughts and feelings on the once in a lifetime trip.