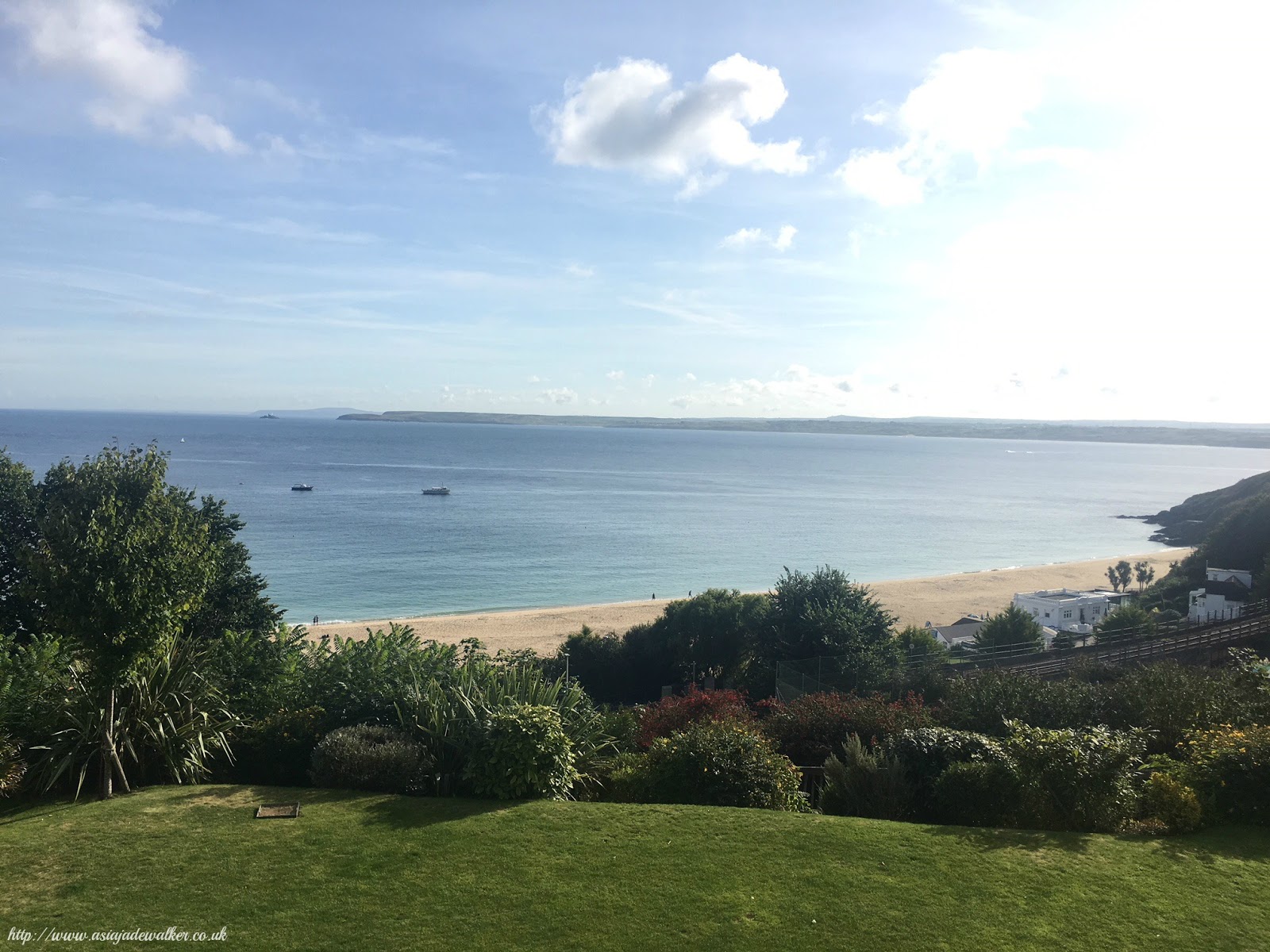 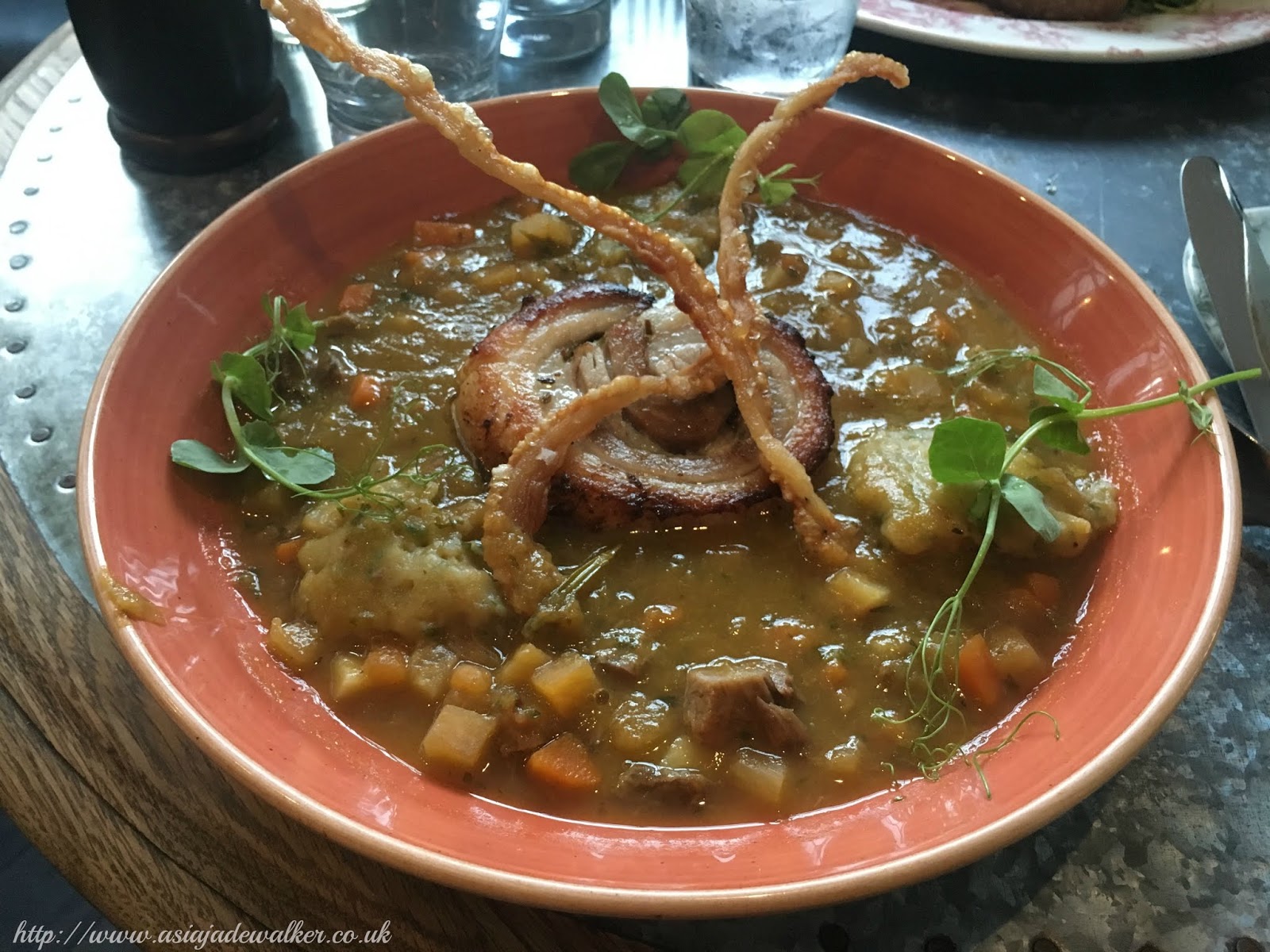 Hey everyone, it’s been a little while since I have uploaded a blog post. If you have been reading my blog for a while then you will know that I started a new job about two months ago. Ever since I started my new job I have been less active on my blog and YouTube channel. I really wanted to spend the first two months of my new job getting the hang of it and learning about the business as much as I can. I finally feel like I am in a good place where I can start to post regularly now on both my blog and YouTube channel.

Last weekend, Mum and I went down to St Ives in Cornwall for a wedding. I took Friday and Monday off work as the wedding was on Saturday. We took the train down as I wasn’t too keen on driving all the way down there. The train journey was around five and a half hours long which was quite boring at parts. I took my laptop so that I could watch something and luckily there were plugs by every seat.

We left about midday on Friday and arrived in St Ives around 6pm. We were supposed to stay at a hotel in the centre of St Ives however, unfortunately, that hotel shut down so instead, we stayed in a B&B about 10 minutes outside of town. The B&B was fine for what we needed it for which was a place to sleep and wash.

On Friday night we went for dinner at The Gannet Inn which was a five-minute walk from our B&B. I got a pork casserole dish which was absolutely delicious and really got me in the mood for Autumn. After dinner, we sat and had a few drinks as it was still quite early. We then walked back to our B&B and got an early night as we had to be up at 7.30am the next morning to get ready for the wedding. 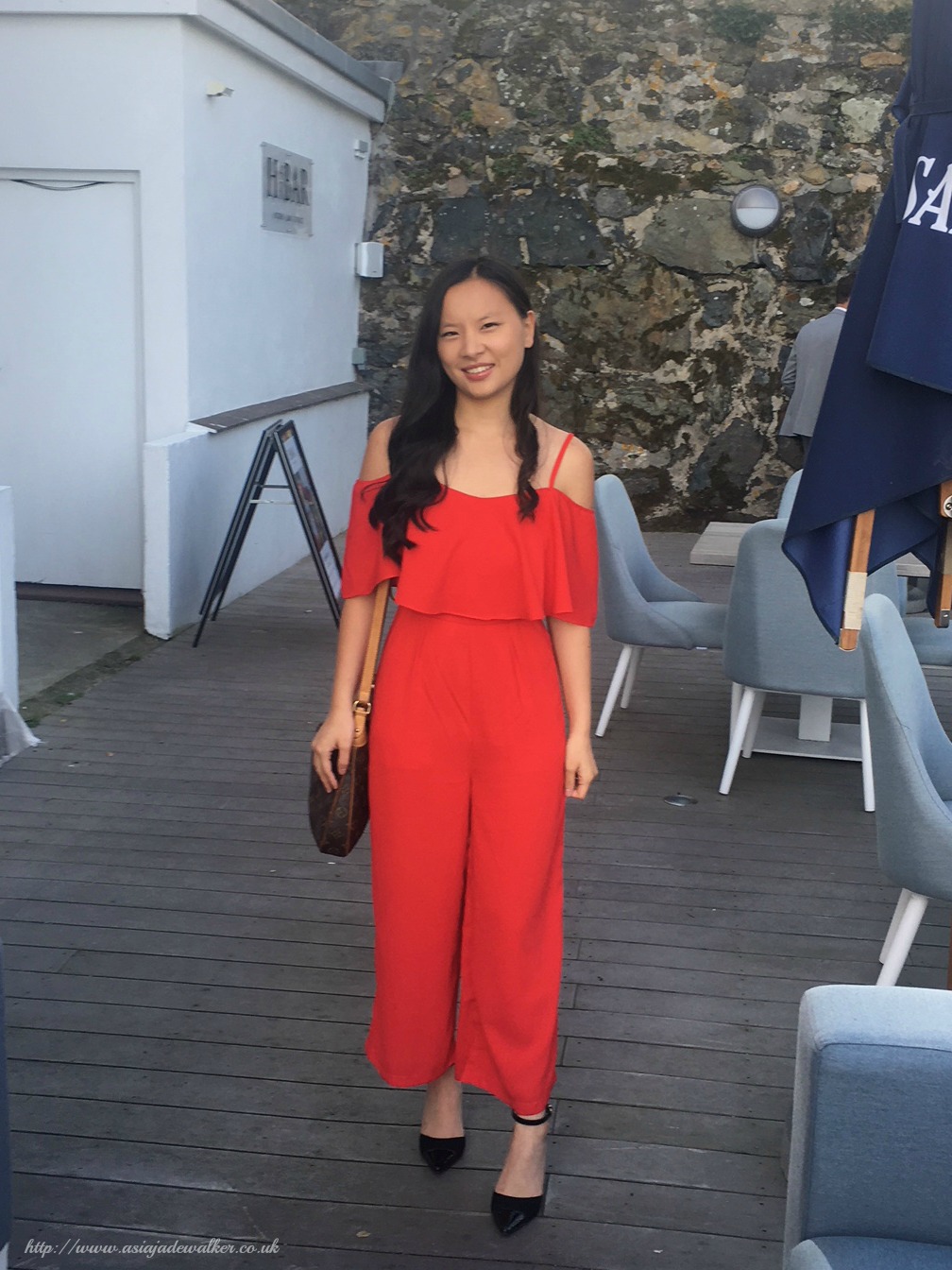 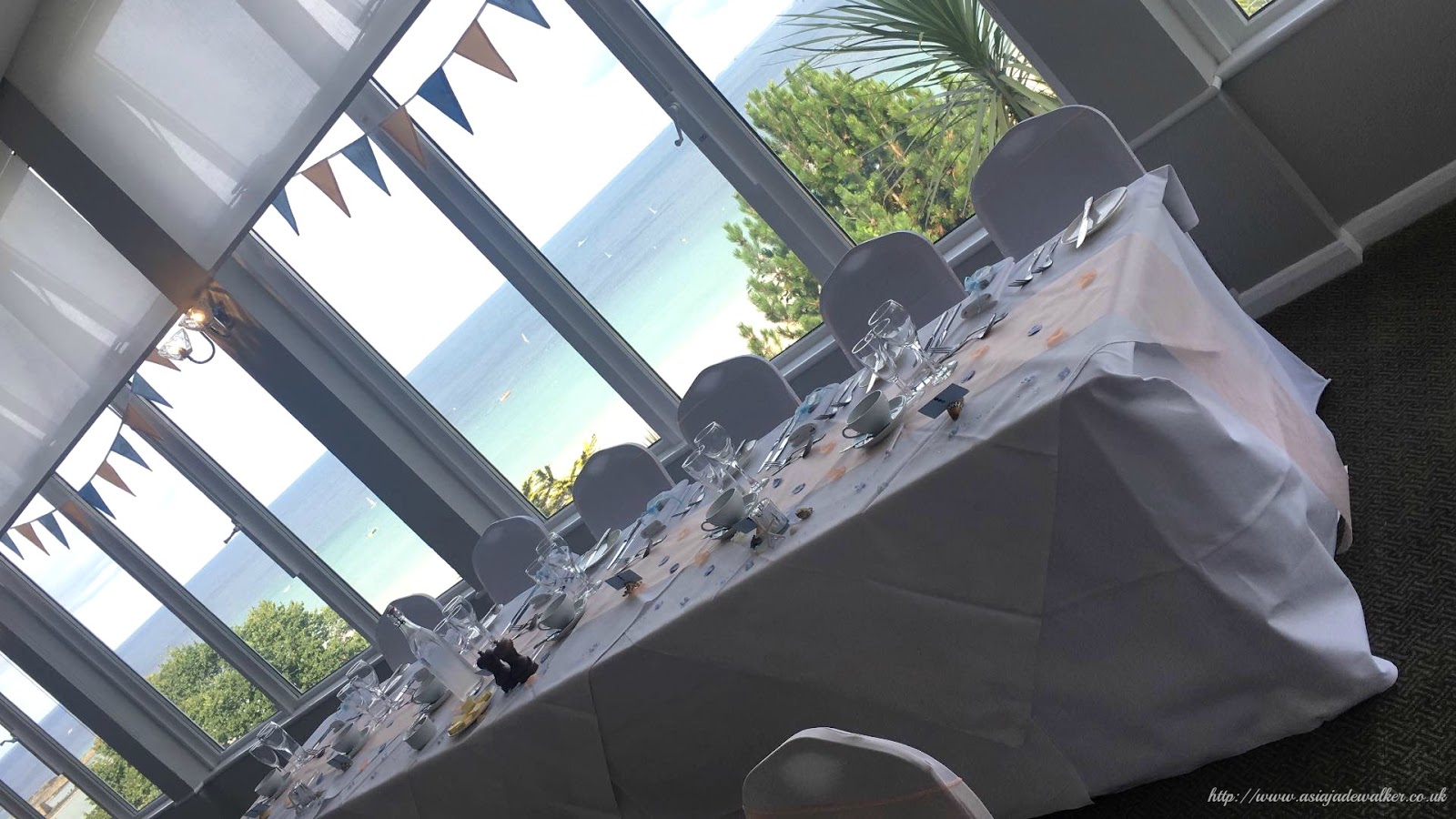 At 7.30am I got up to do my hair and makeup as we had to meet everyone at 10.00am. I made a rookie move as I had brought all of my makeup with me but I had left my brushes at home. This meant that I had to do my make up with my hands which thankfully turned out okay. We took a taxi to the hotel where we were meeting everyone at 10am to catch shuttle buses to the church.

The bus to and from the church was around an hour long as the buses were really old and could only go at a certain pace. The transportation was really cool as it felt like we went back in time. The ceremony started at around 11.30am and lasted for about 45 minutes. It was a lovely experience to be invited to watch two people marry each other. I hadn’t been to a wedding in about 7 years which meant that I had almost forgotten how they went.

After the main ceremony, we headed back to St Ives where the reception was being held. The driver took us back along a more scenic route which meant that we got to see a lot of the amazing countryside and beaches that Cornwall is known for. Before the reception, we had some canapes and drinks. We also had lots of group photos taken by the photographer who was amazing.

The reception was really beautiful and I really loved the speeches as they were so sincere and full of love. We sat down for a three-course meal which consisted of a crab starter, lamb main and an Eaton mess pudding. The food was okay although I preferred the Cornish pasties that were served later on in the evening.

After the reception, we had a bit of a rest before the evening event started which was nice. Mum and I both danced the night away until around 11pm when we headed back to the B&B as we were super tired from the day’s events. We both went straight to sleep as we had been up for several hours and were exhausted. 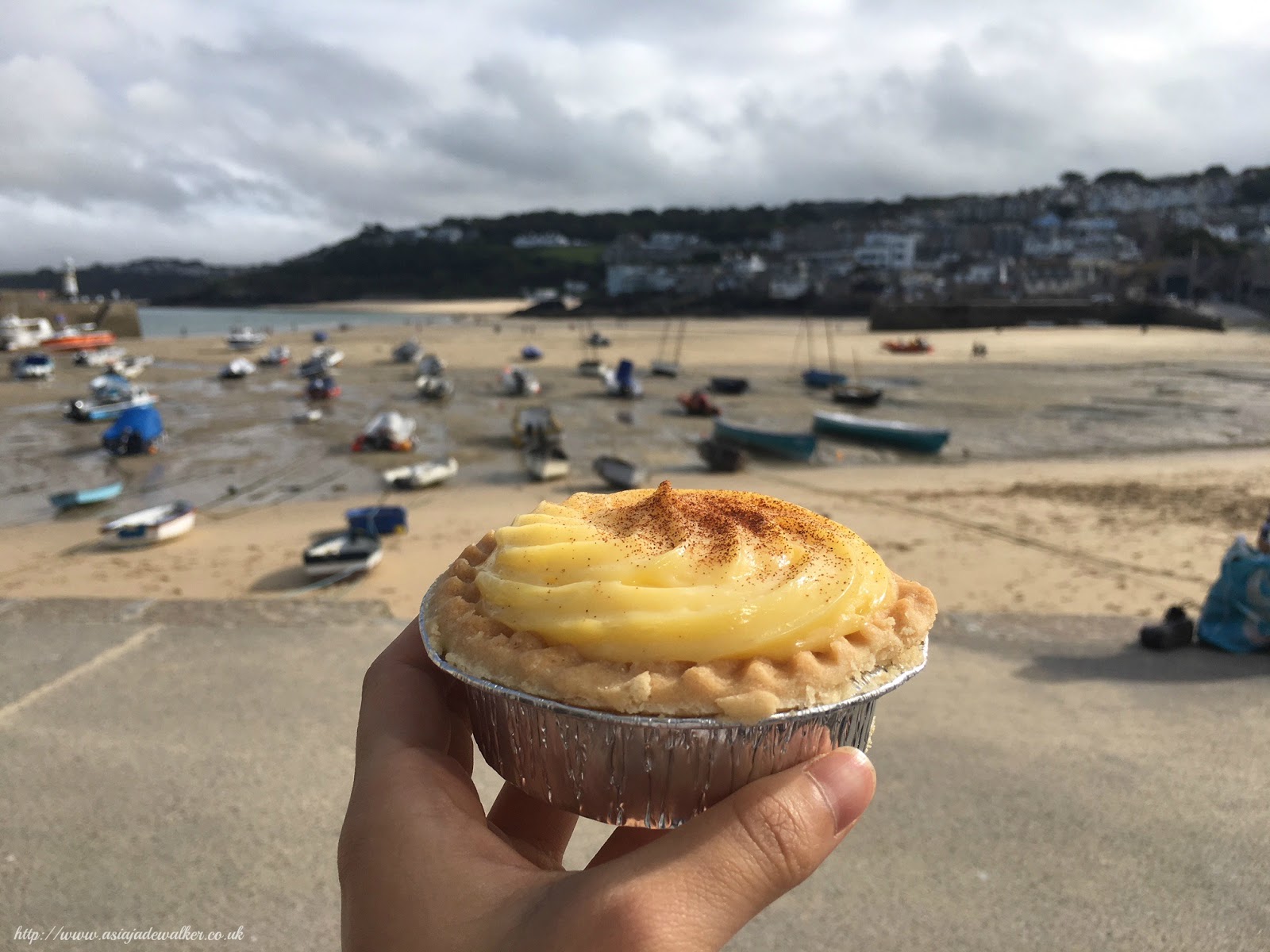 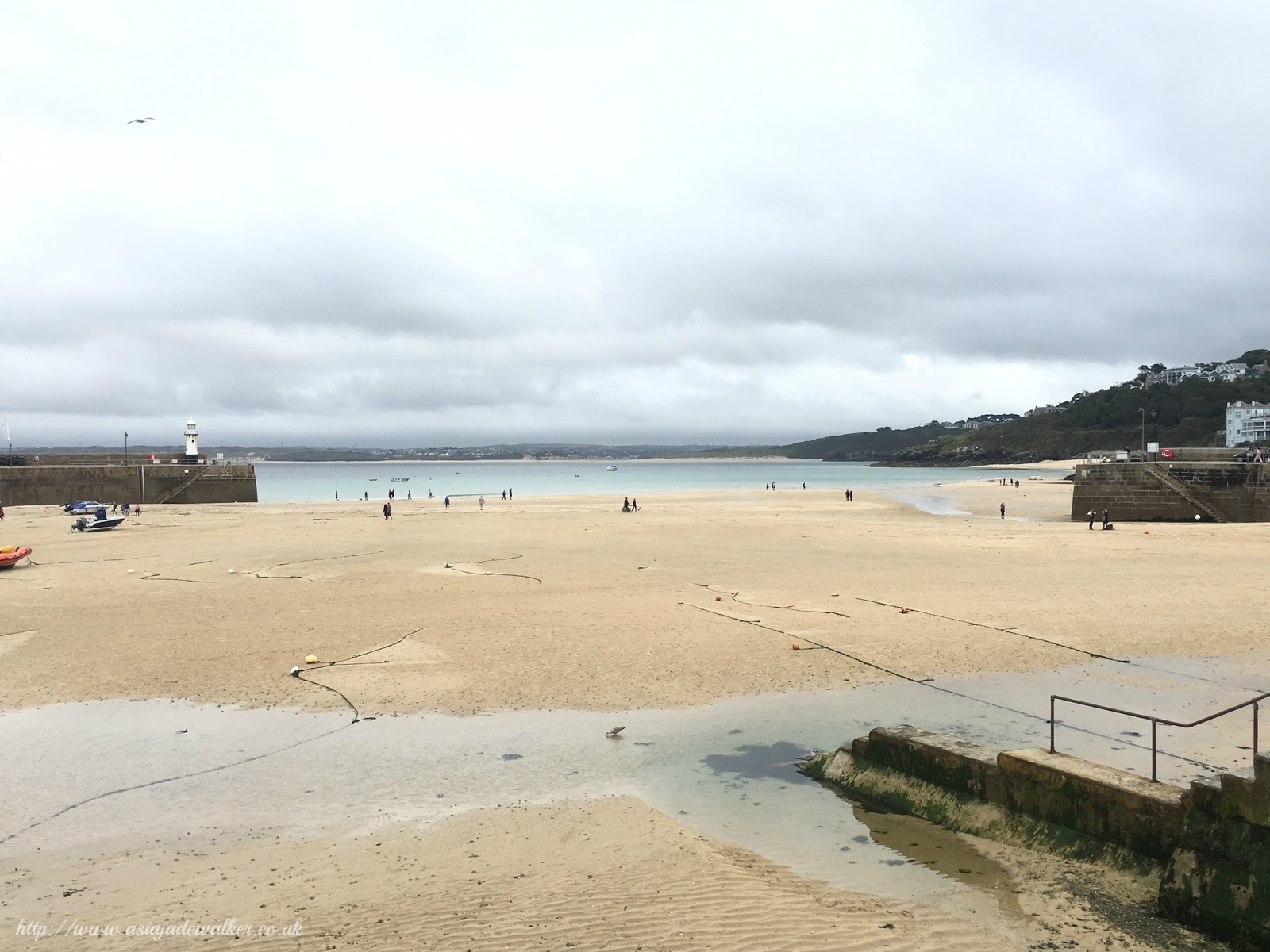 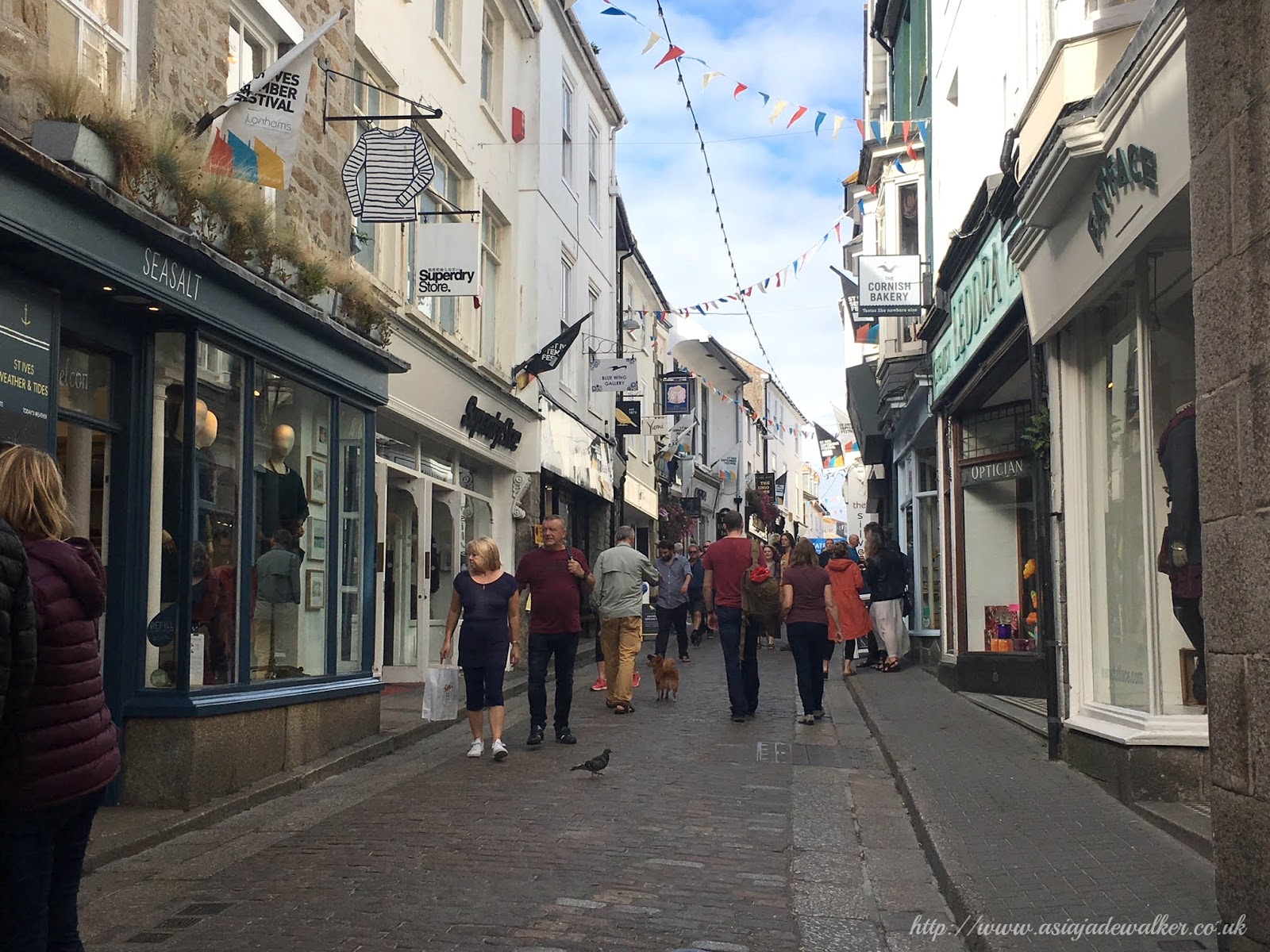 The next morning, we had breakfast at the B&B and then we ventured into St Ives itself as we were meeting up with the wedding party again to have lunch. There was about 22 of us having a roast dinner in this tiny pub which was absolutely packed. It was nice to see everyone again after the night before as we all got to recap on what happened.

After lunch, Mum & I wandered around St Ives as they have a few little lanes filled with shops. It’s very similar to the lanes in Brighton as they are tiny and filled with independent shops. I bought a few things as I just couldn’t resist the place was so cute. I then picked up a custard tart from a cute little bakery and went to eat it by the harbor which was very peaceful. The view was amazing as the sun was shining but it was also grey and cloudy as well.

We then headed back to the hotel where we started to pack as we were leaving in the morning. We both needed a quiet night in as we were worn out from the long day the day before and the travel as well. I spent a bit of time on my laptop playing the Sims 4 and browsing the web while Mum watched TV. We slept early as our train was at 10am the next day which meant that we were up early again.

The train journey was again around five and a half hours but luckily we arrived home at around 4pm which meant that I had lots of time to sort myself out before I needed to sleep before work the next day. I really enjoyed my time in Cornwall as it was so beautiful experiencing the wedding as I have known the bride for a very long time but also because the location was breathtaking. I would love to visit St Ives again soon and possibly do a road trip around Cornwall.