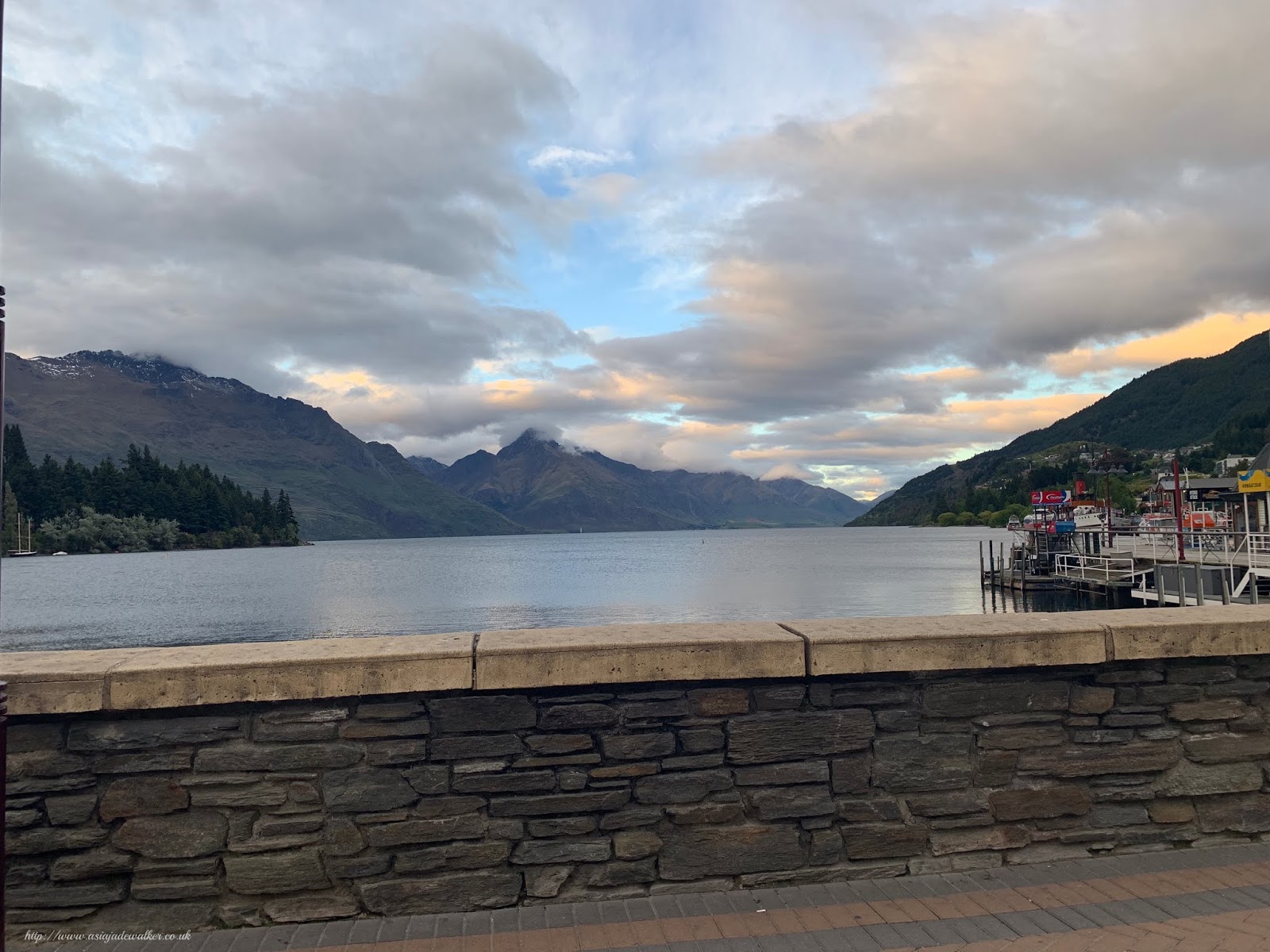 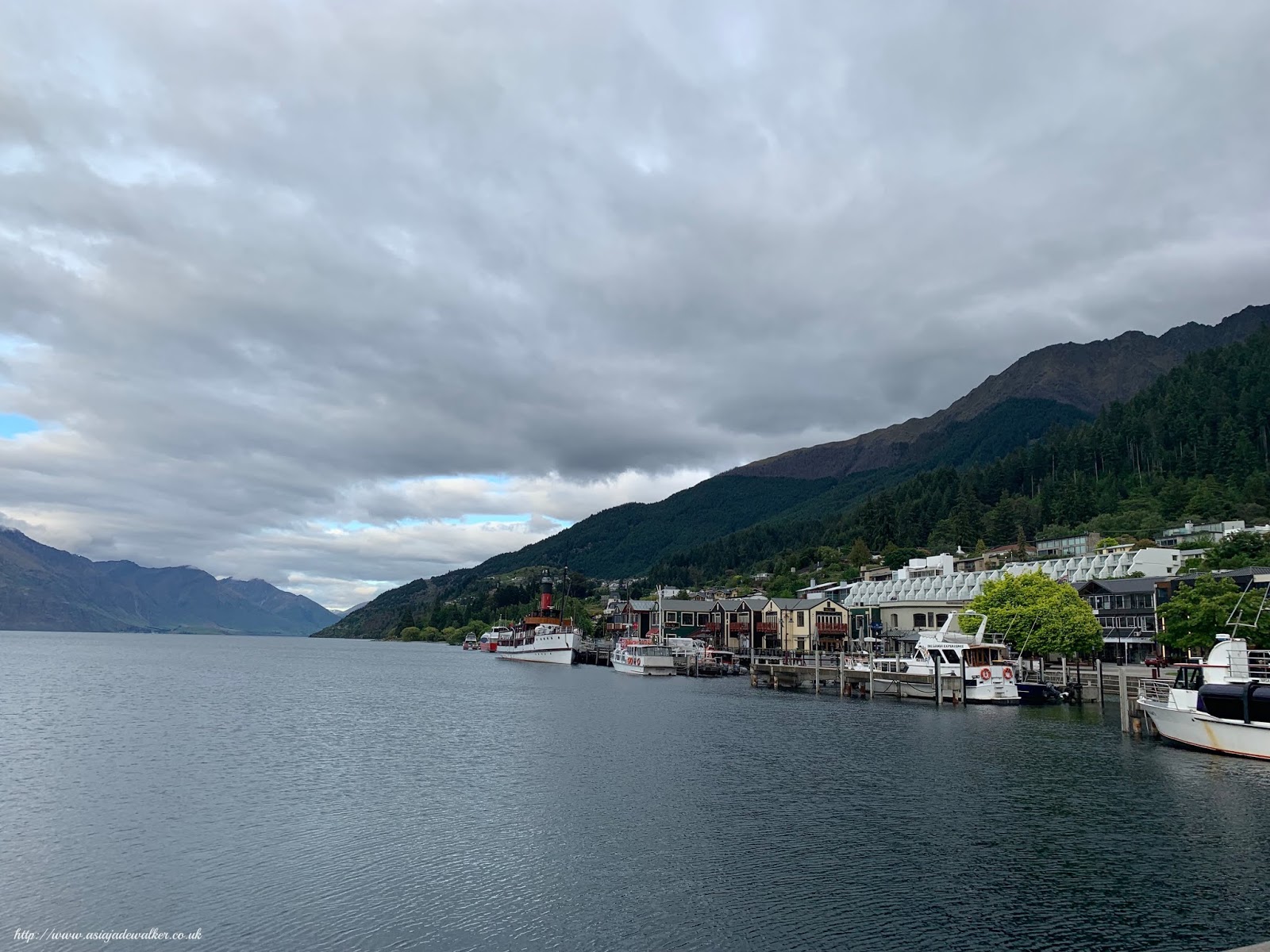 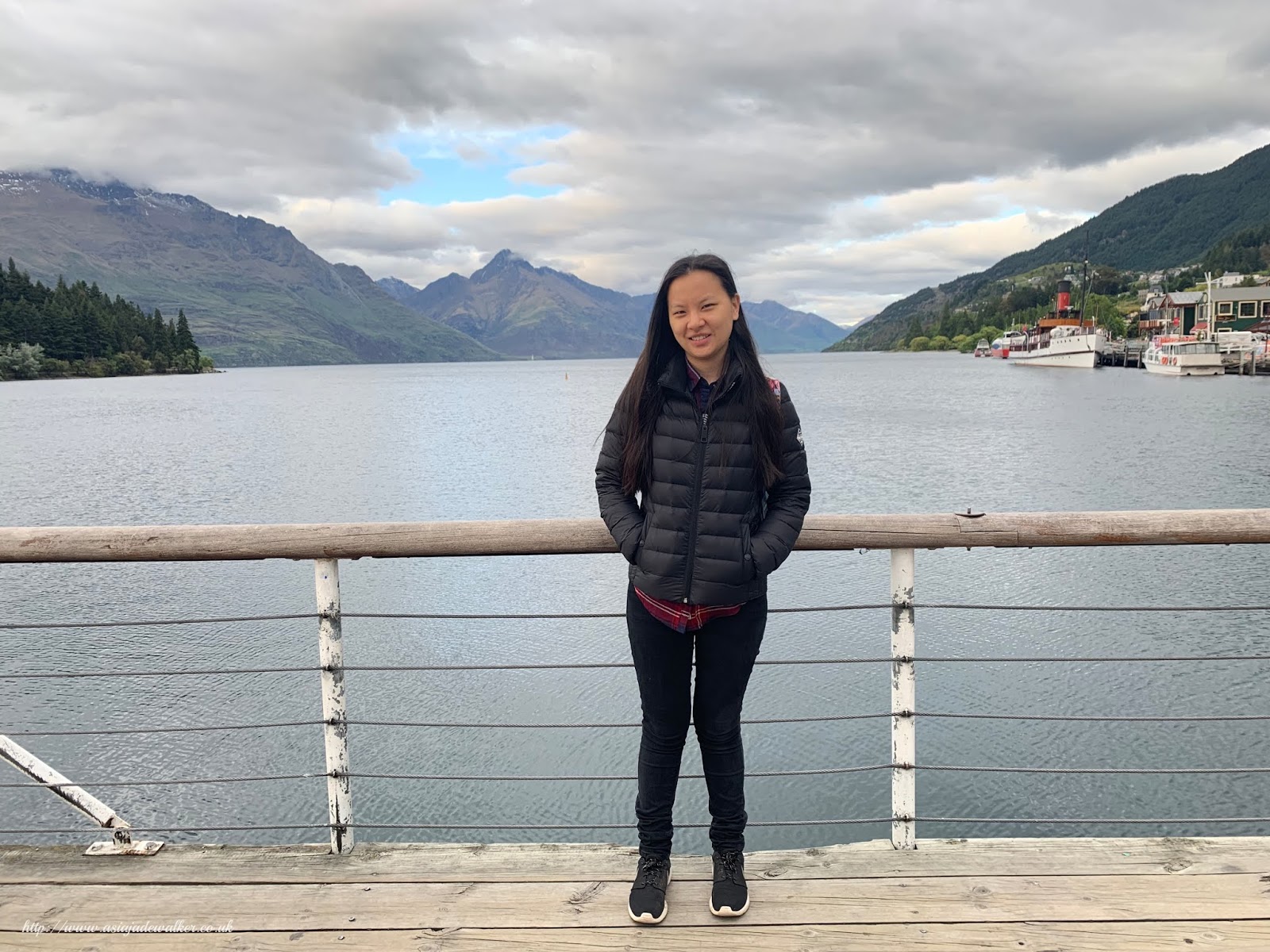 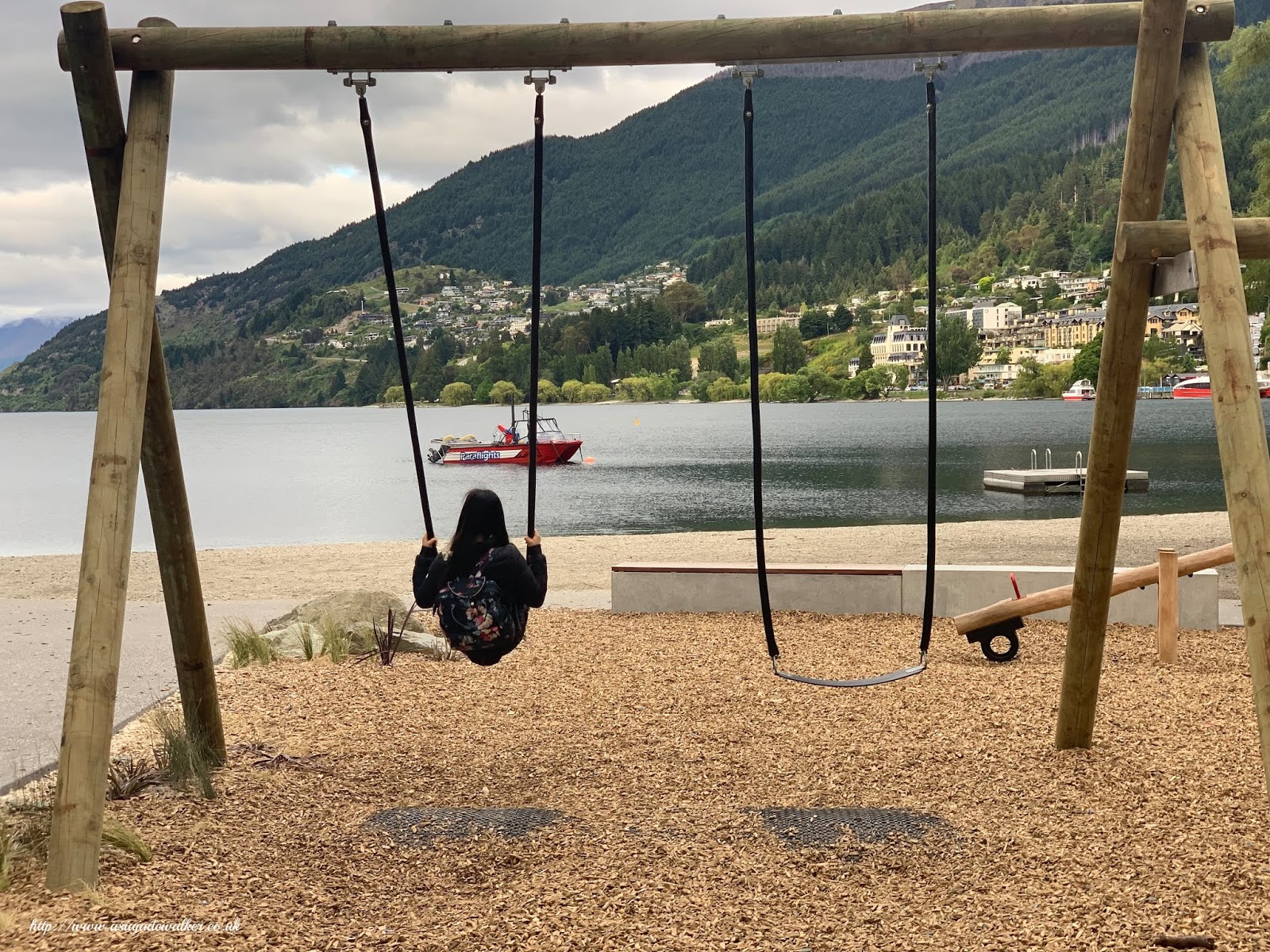 Hey everyone, I’m back with the last blog post of my New Zealand trip.  The next morning I woke up at around 6am so that I could take a look around Queenstown before we headed off on a road trip to Invercargill at around 8am. Queenstown is one of those places that is always buzzing so when you see it early in the morning it’s quite weird.

As there was nothing open in the morning I had a walk around the waterfront which was lovely as you could really take in the surroundings of Queenstown. It was nice for it all to stop and for there only to be a few people around. There were a few tourists but mainly local people who were going for a run or for an early morning walk.

I was then joined by my colleague at Starbucks where we grabbed some breakfast before we walked further out towards the lake. It was such a peaceful walk as even though this was about half an hour later there was still hardly anyone around at 7am. It was also a great time to get some good photos as you could get some without lots of people in the background. 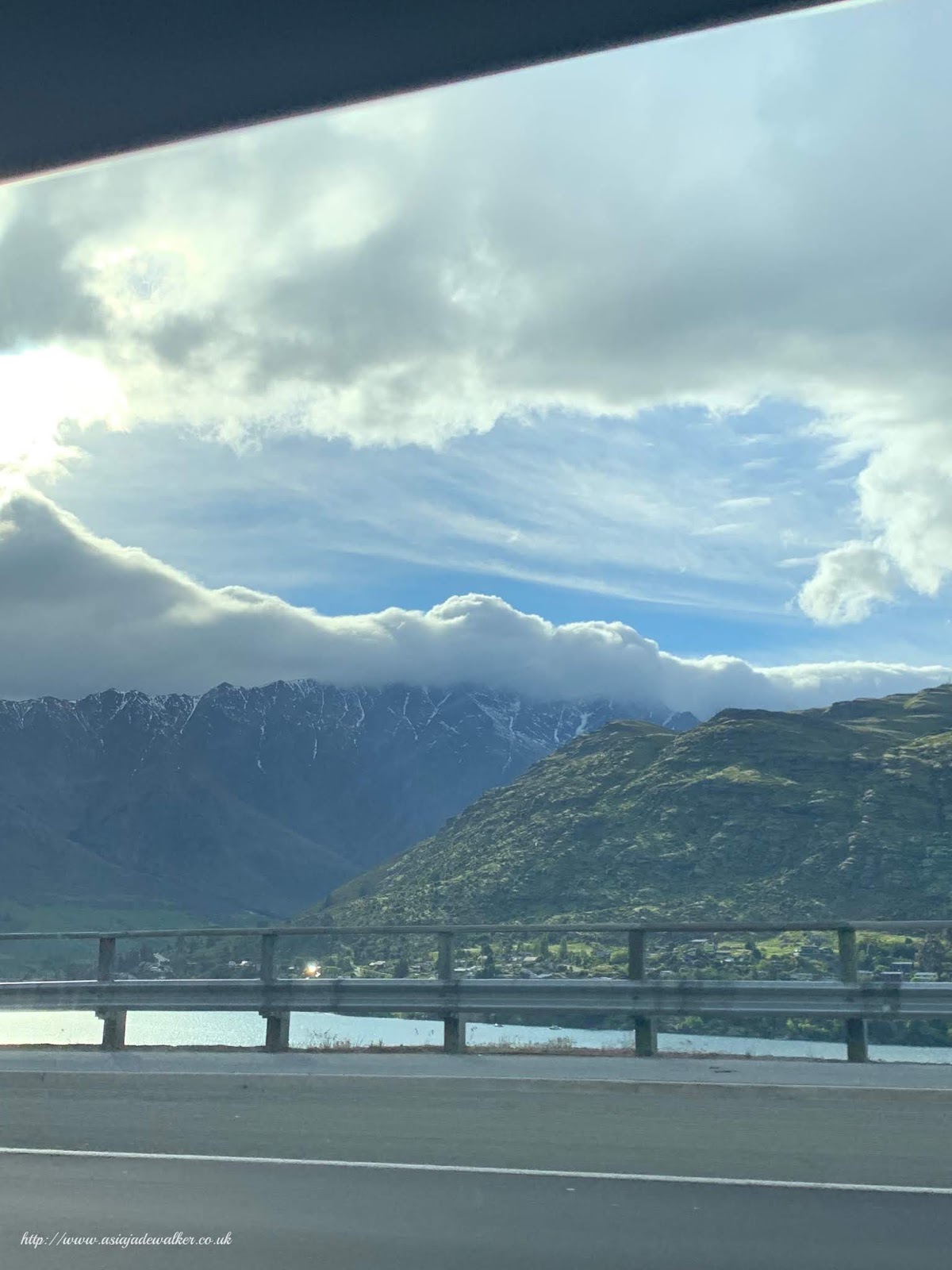 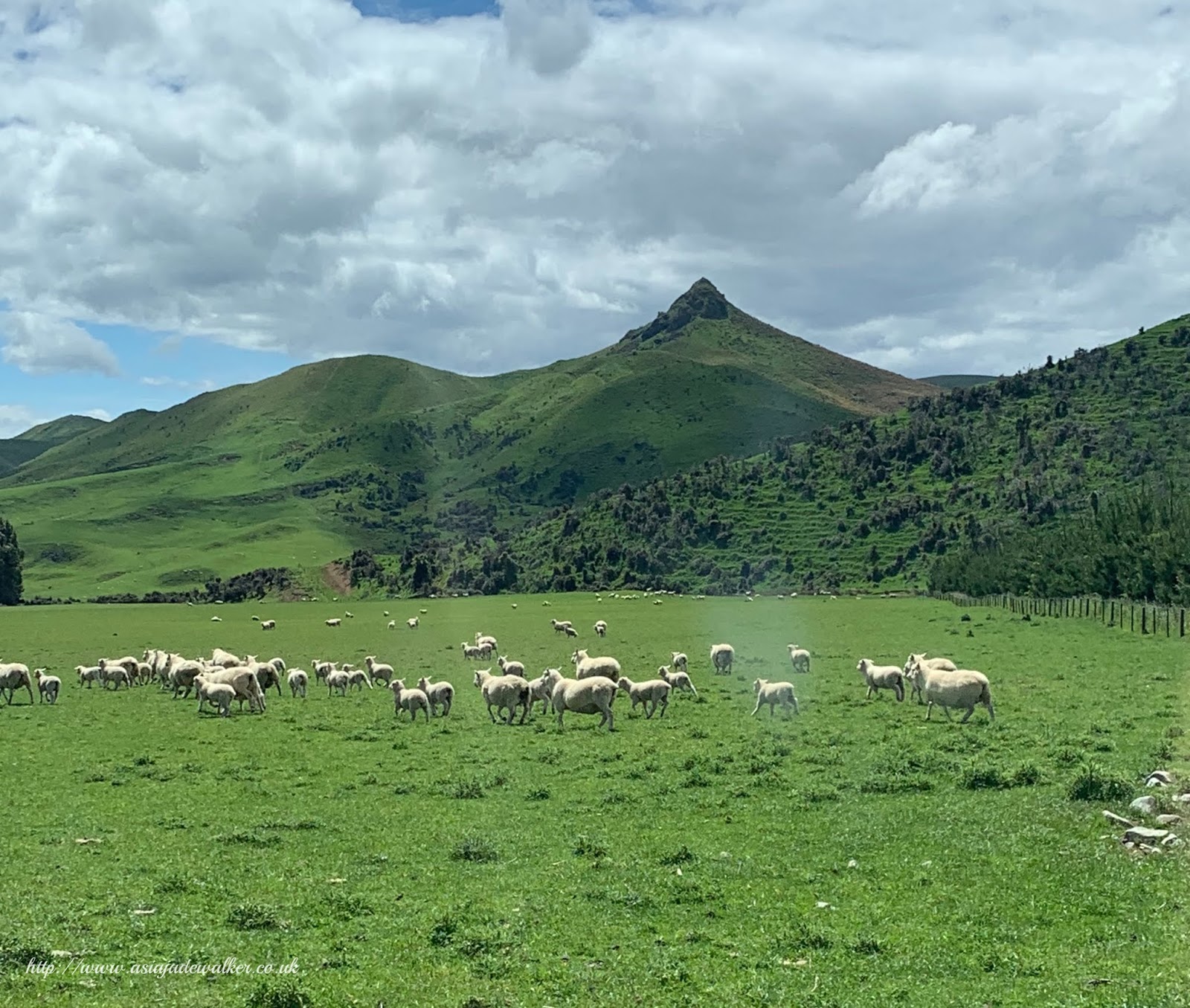 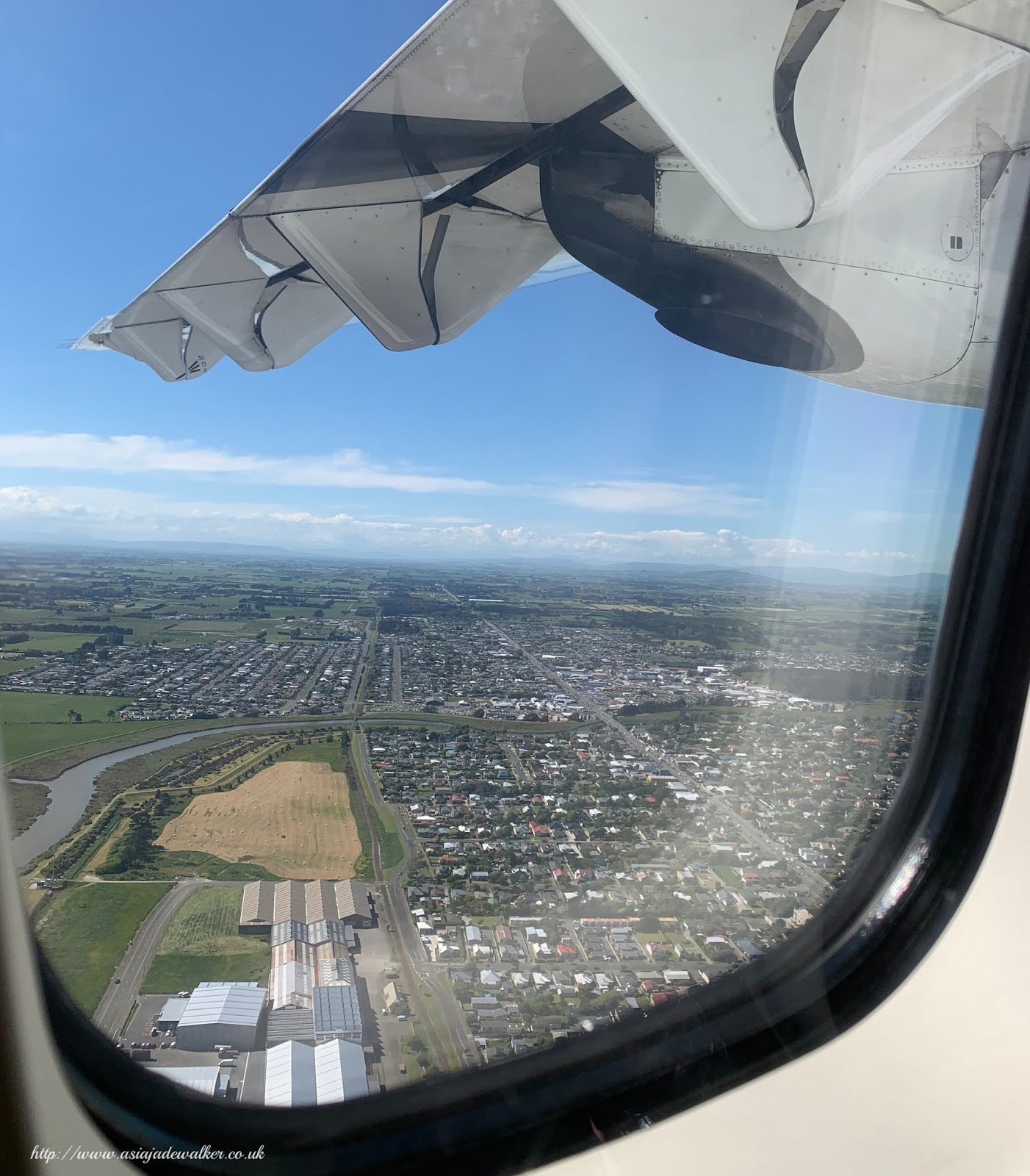 At around 8am we then headed towards Invercargill which is south of Queenstown. I’m not really a car person at all as I tend to get quite sick if I am going on a long journey however, I was okay this time as there was so much wonderful scenery to look at it took my mind off the motion of the car. I don’t mind driving as it keeps my attention focused on the driving so I don’t usually feel sick.

On the way down to Invercargill, we stopped at a few of the farms where our lambs, deer and cattle are raised. The farms were really interesting to visit as most of the owners had these farms in their families for hundreds of years. They were all lovely hosts and really made us feel welcome and made us tea and snacks which was a nice treat.

We then spent a day in Invercargill where I did some work things in the office down there and took a look around the town which is quite old fashioned but also really interesting at the same time. It reminded me of an American town as it had a real American feel to it.

My colleagues and I spent the night in Invercargill before we flew back to Christchurch the following day. It was my last night in Christchurch and I was staying at the same hotel I stayed at before which I liked, as I knew that I was going to get a full nights sleep before I flew home the next day.

I then decided to grab some dinner at a local hotel before I headed back to the hotel where I repacked my bags as I had a ton of extra stuff to take home (Mainly New Zealand snacks). I then had a bath, watched some YouTube in bed before crashing out as the past week had been non-stop and it was finally winding down which was a bit surreal as I was so used to being on the go. 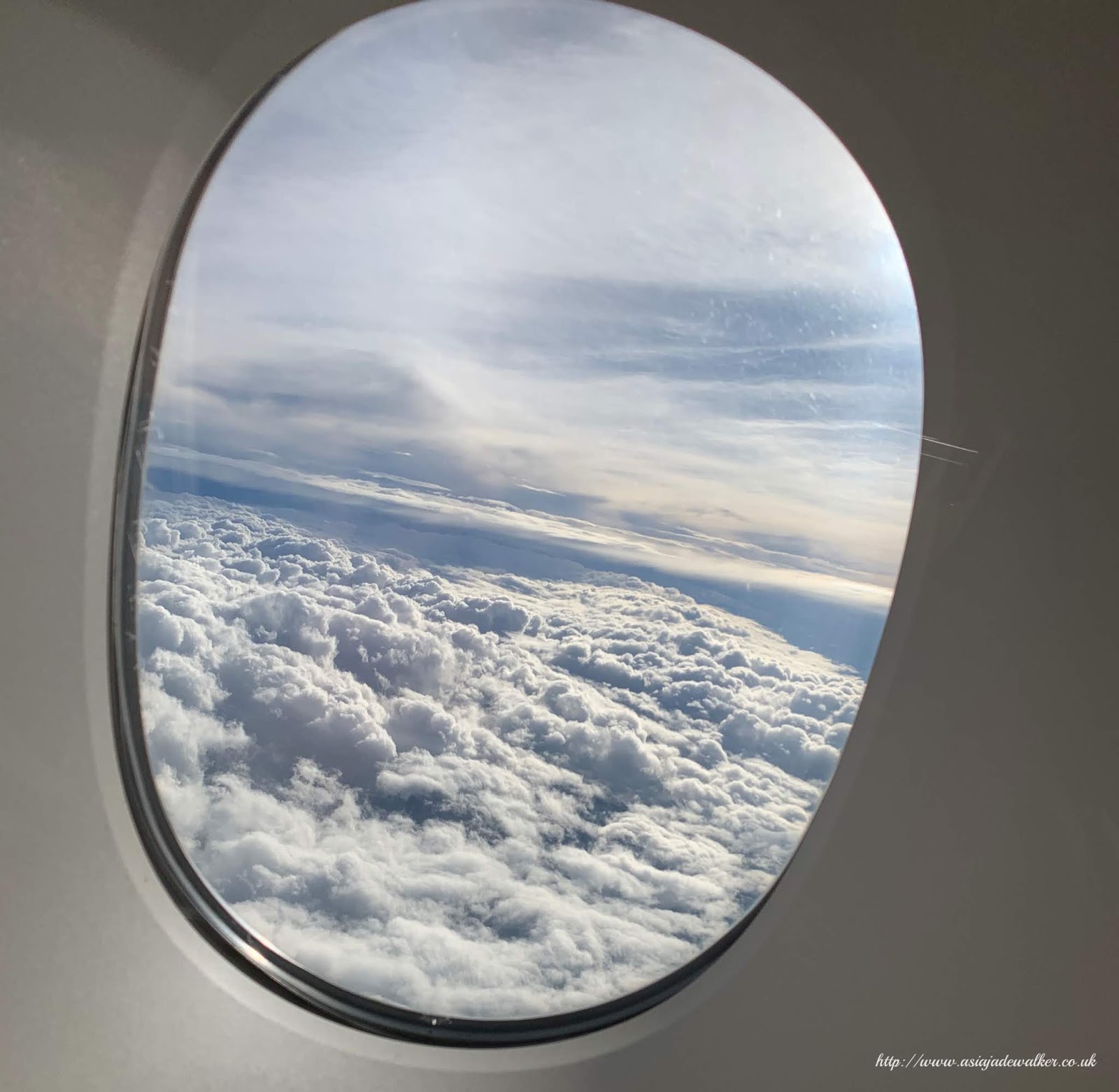 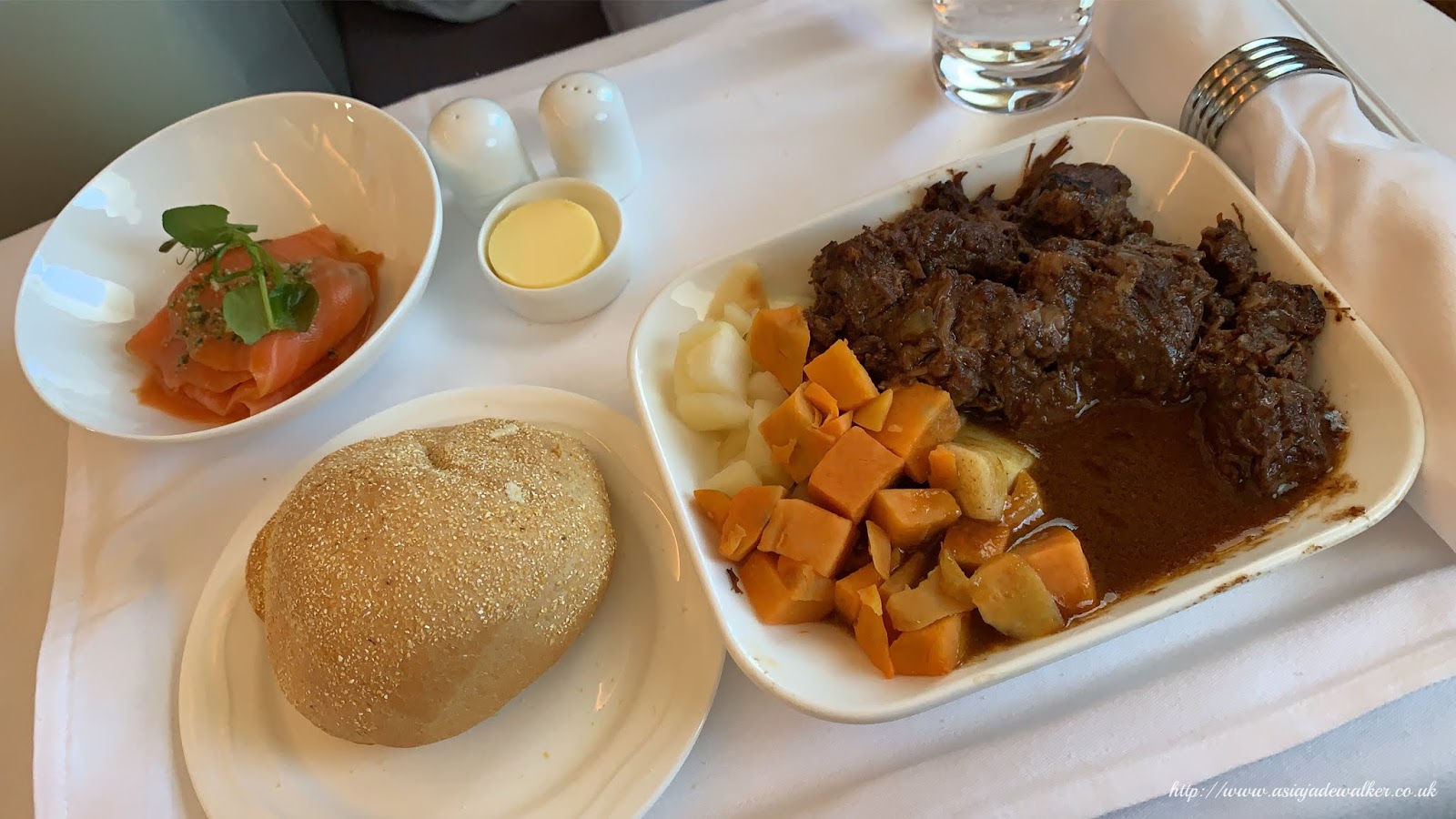 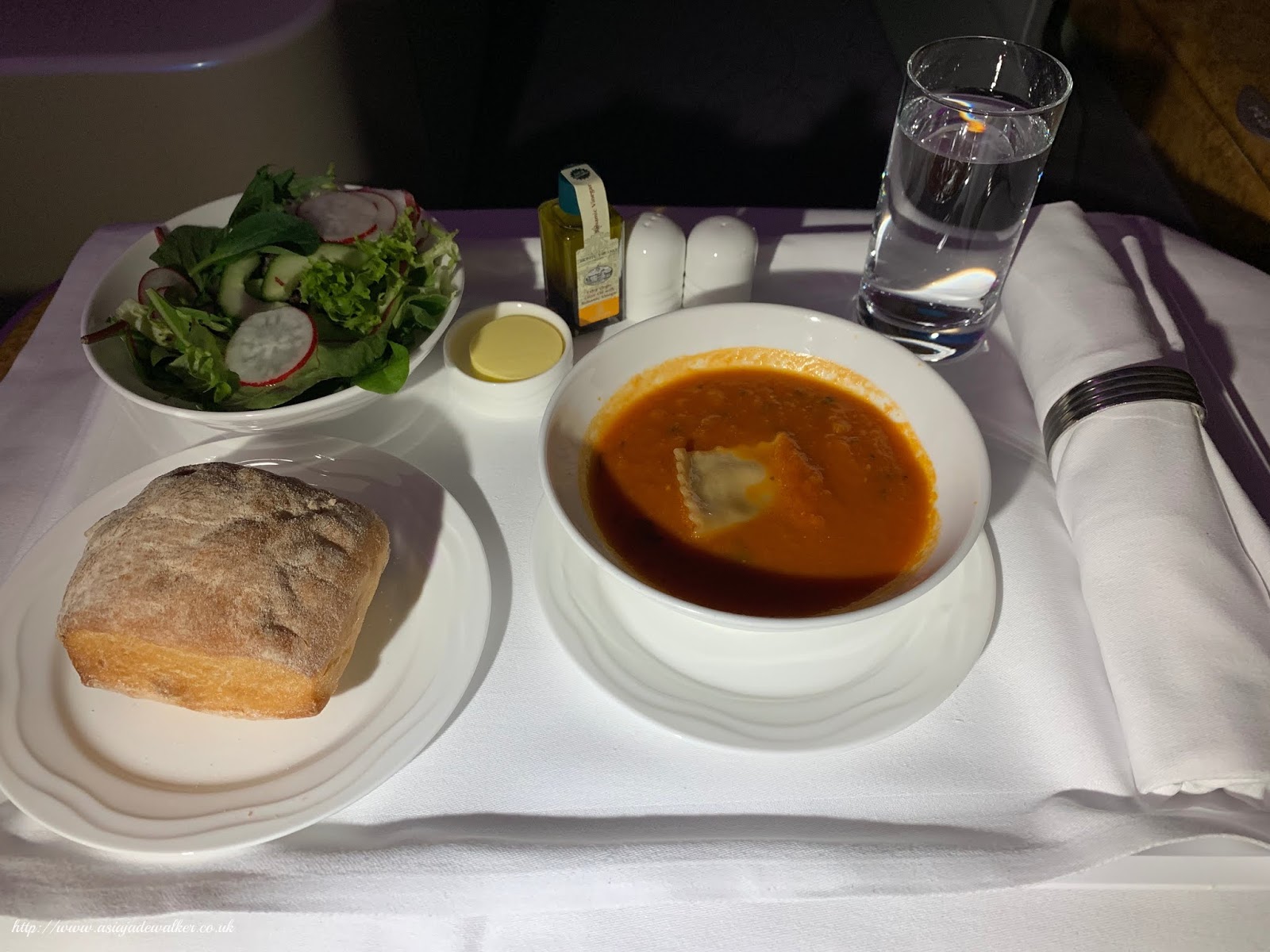 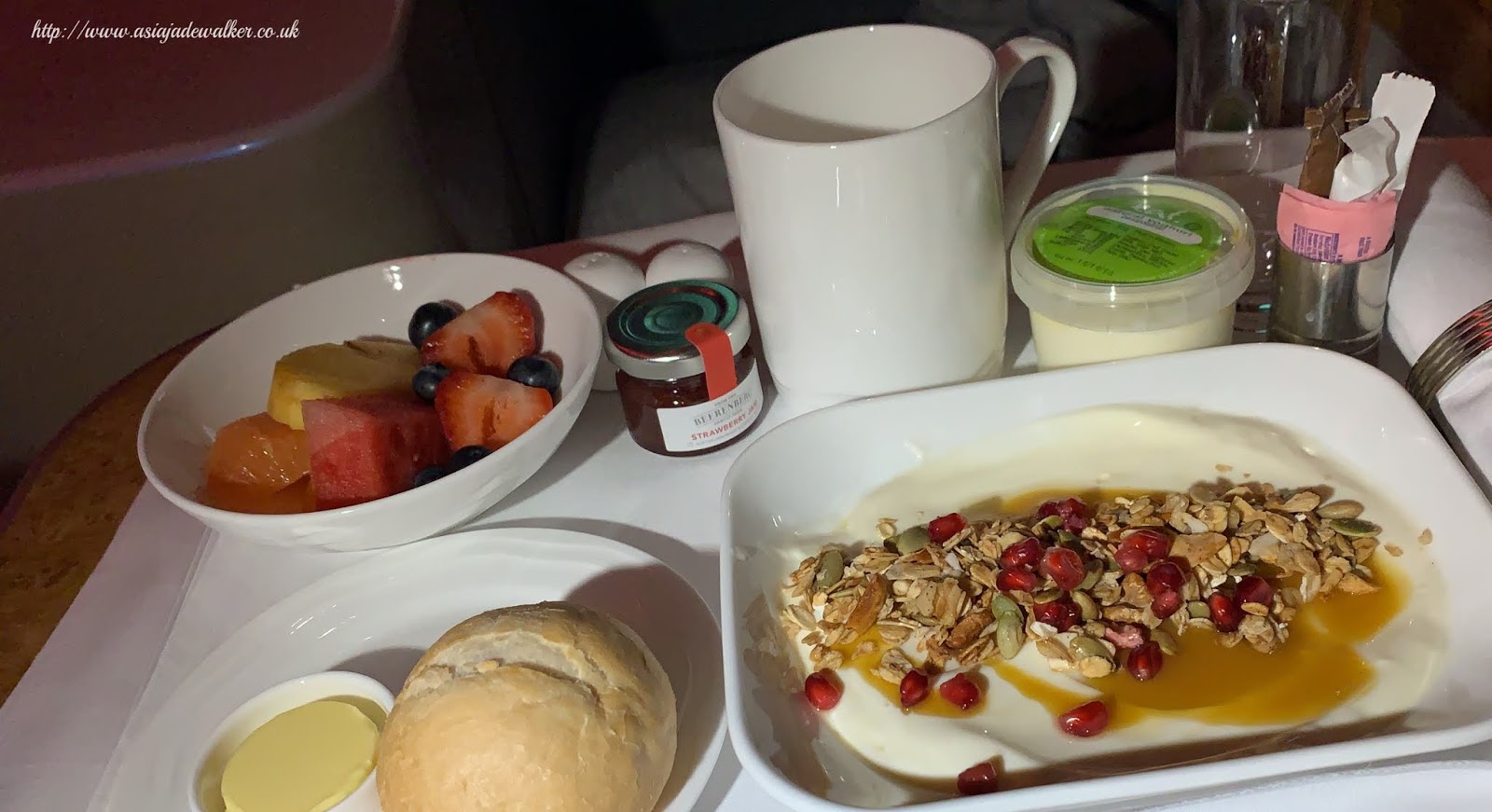 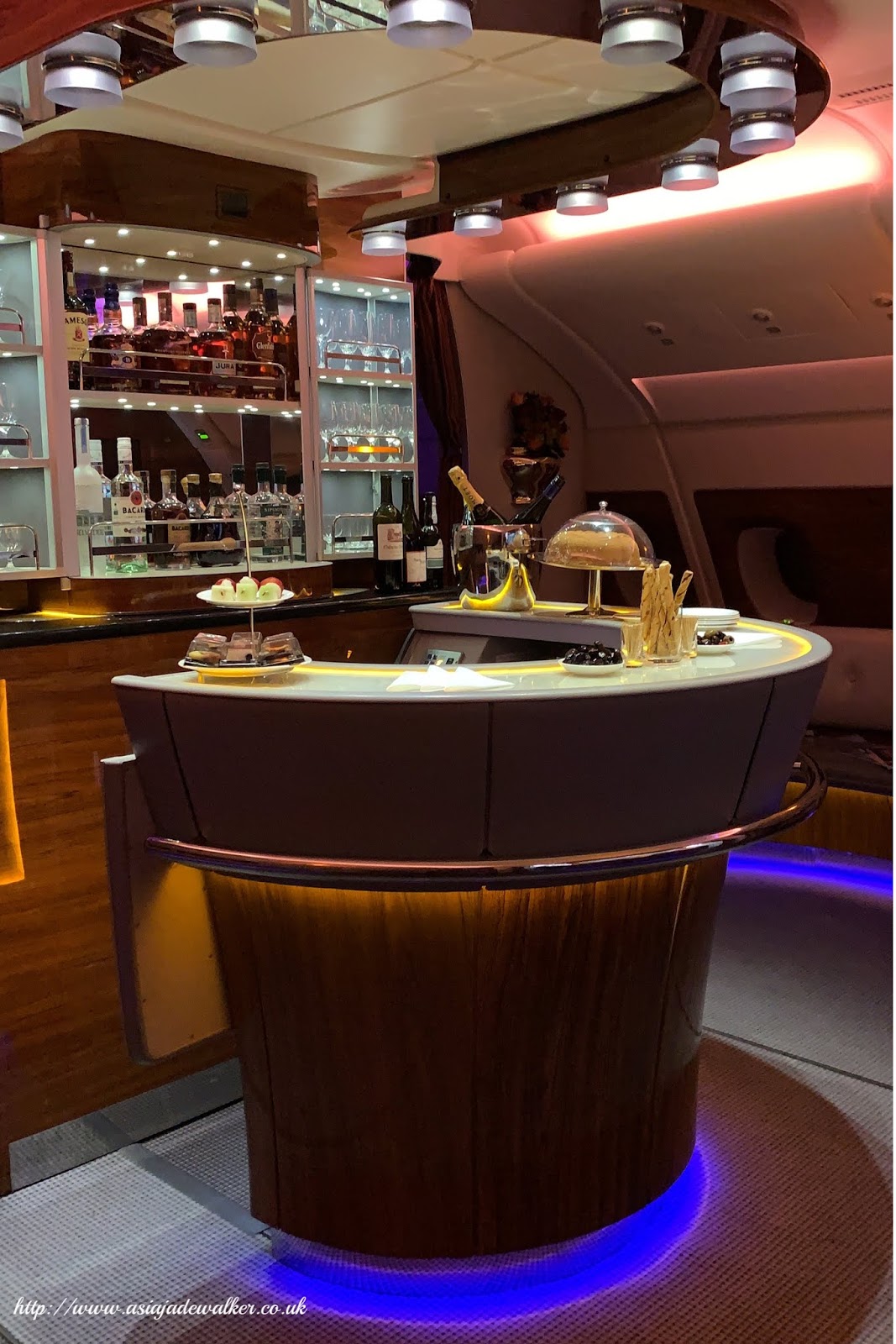 After, my last evening in Christchurch, New Zealand it was time to go home. The following day I spent in the office just getting some work done as I hadn’t had much access to wi-fi or my emails. However, as usual, something didn’t go quite right and my work laptop wouldn’t connect to their work wi-fi so, in the end, I headed back to the hotel as I knew that my laptop would connect to the wi-fi there.

I then spent a few hours at the hotel doing some work but also just relaxing before my long journey home again. I was taking the same route that I took coming out which was from Christchurch to Sydney, Sydney to Dubai and then Dubai to London. The flights were still the same length of time however, they felt even longer this time as I was just ready to get home.

The worst bit was waiting around in the airport as I was exhausted from the travel but also the past week as I hadn’t had time to take it all in and relax which I was finally doing. I was very lucky again to fly business class which was such a wonderful experience and one I will never forget. I ate a lot on the flights back as that’s all you seem to do eat & watch loads of films or TV shows.

I did manage to sleep quite a lot as I was quite exhausted but I still managed to stay up for ages which made the journey seem twice as long. I finally landed at Gatwick which was one of the worst landings I have ever had as it was so bumpy from the wind. I remember getting into the taxi to go home feeling sick which didn’t help my car sickness.

The following few days I spent getting over my jetlag I managed to go in to work the day after I landed to try and regulate my jet lag, however, I didn’t help myself over the weekend after as I napped quite a lot. It took me about a week overall before I was fully back to normal as I’ve always struggled with jet lag apart from when I flew back from Hong Kong as I managed to stay awake all day and slept at a reasonable time.

That’s all for my New Zealand trip which was short but sweet. As I’ve mentioned before I could only blog and vlog bits which weren’t necessarily related to work directly as it was a work trip. But I did try to capture as much of it as I can and I am proud of what I have captured as I feel like I caught a good amount of the trip. It was honestly a once in a lifetime trip and I am so lucky to have gone but I would definitely like to go back to New Zealand in the future to explore the north island as I only visited the south one when I was there.